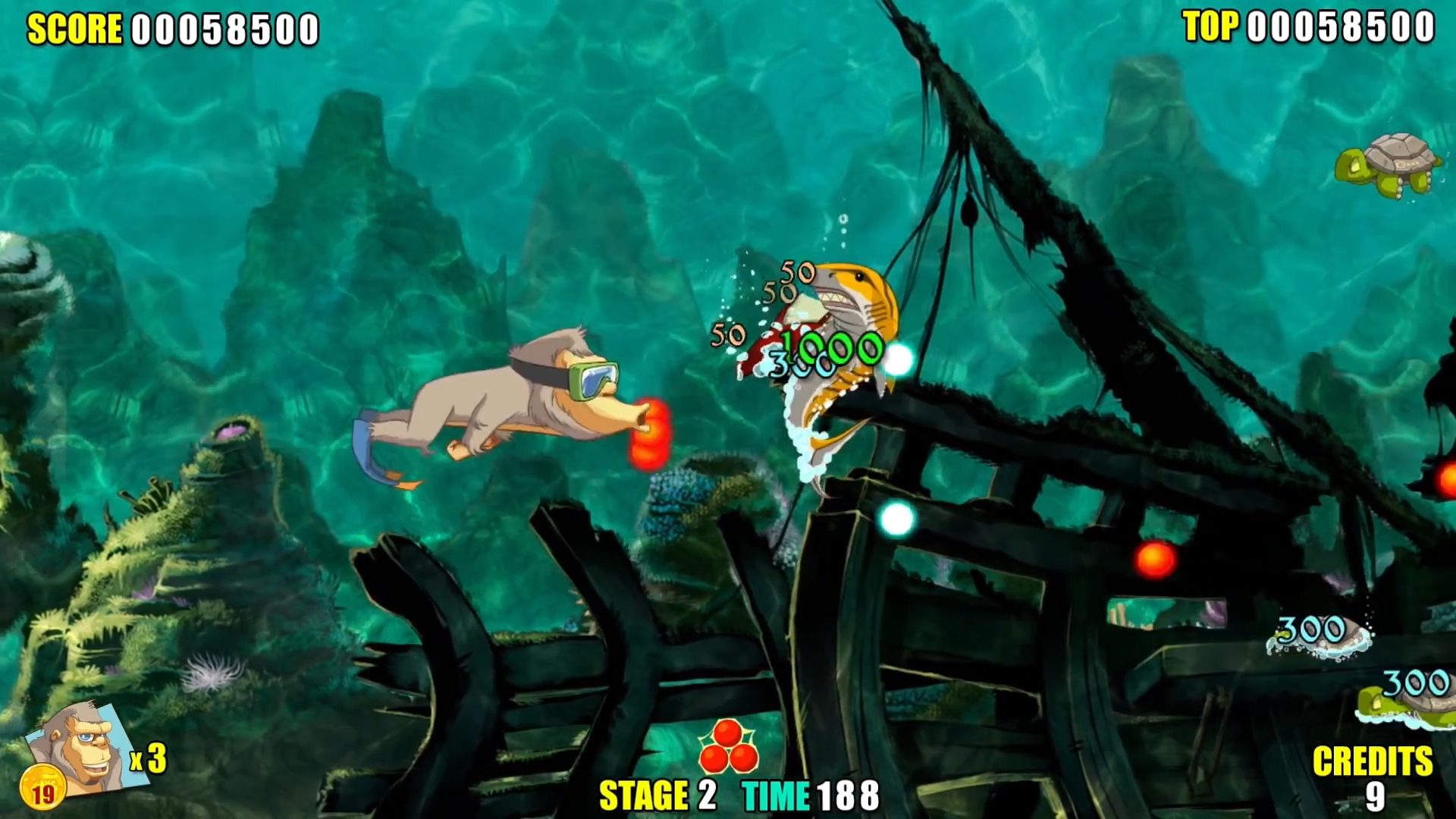 Toki coming to PS4, XBOX One and PC in June

A remake to a wacky monkey 1989 arcade game, Toki has been announced by publisher Microids with a speedrun mode that is available in any difficulty. Below are the announced trailers and gameplay videos for the previously released Nintendo Switch version:

You play as Toki a warrior in the jungle where he lost his sweetheart Miho as she is kidnapped by the terrifying voodoo sorcerer Vookimedlo and heinous demon Bashtar. And they have turned Toki into a chimpanzee. Luckily, like a chimpanzee, Toki can walk, jump, swim, climb and spit at his enemies.

A few features were added such as five filters suitable in all game modes with new jukebox such as 32 music tracks in total, 24 composed by Raphael Gesqua and Eight compositions from the original game

First launched in December 2018 for the Nintendo Switch, the PlayStation 4, Xbox One, PC, and Mac versions will release on June 6, 2018.