The highly anticipated action-adventure RPG Tails of Iron is now officially available on PlayStation 4 & 5, Xbox Series X|S, Xbox One, Nintendo Switch and PC. Players can finally explore the deceptively beautiful, hand-drawn biomes, battle the Frog Clan’s oversized generals, and take part in the savage clash between rodents and amphibians – all while listening to narration from the iconic Doug Cockle (Geralt of Rivia from The Witcher game series). 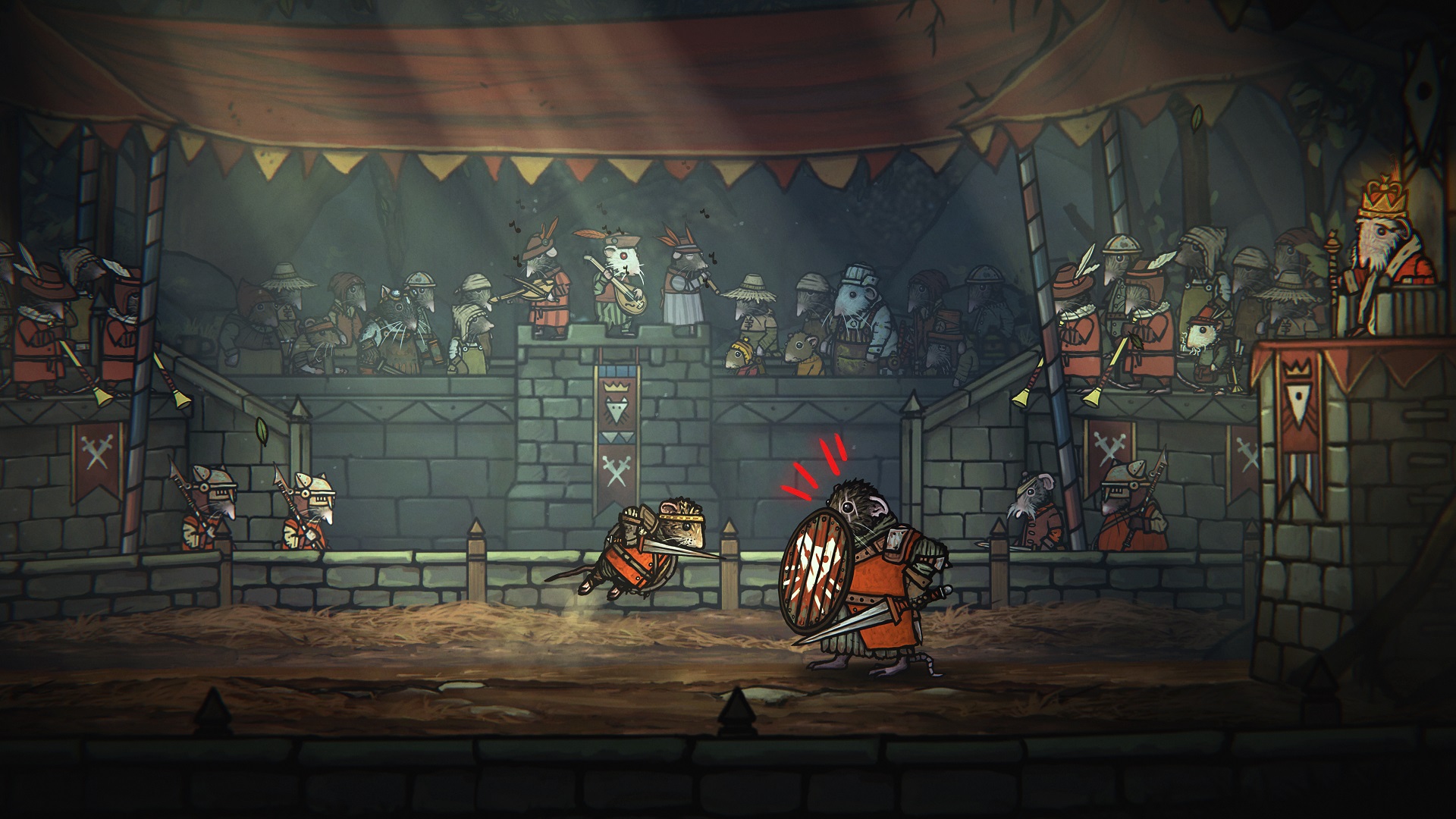 The next-gen editions will see the title further enhanced, with players benefitting from DualSense Adaptive Triggers, enhancing the combat experience with weighted responses when blocking, parrying or charging a weapon, in addition to native 4k resolution and 60fps visuals. Created by indie development team Odd Bug Studio and published by United Label, Tails of Iron follows the story of Redgi, heir to the Rat Throne, as he embarks on a perilous quest to reclaim his Kingdom from the merciless Frog Clan. The grisly new launch trailer confirms players will need a ‘will cast of iron’ if they’ve any hope of rescuing their brothers and restoring peace to the land. From frog zombies to gargantuan grubs – and everything in-between – the Kingdom is awash with danger. Players will need to master a range of deadly abilities, including parry bashes, ranged attacks and gruesome executions, to come out on top. With each of the many bosses presenting its own unique combat challenge, there’s also a huge range of weapons and equipment to assist would-be heroes, each with their own distinct characteristics; heavy armour may provide better protection, but can they really afford to slow down their dodge-roll? While axes might pack a punch, quick and nimble spear benefits from a further reach.

Lead Character Artist and Animator, Daniel Robinson, was inspired to create Tails of Iron thanks to the personalities of his own pet rats, sadly none of whom outlived the game’s completion

“During development, the rats were always there for me, to keep my morale high and spark my creativity. Redgi is the main protagonist because he was the most courageous and loyal rat in our rat pack. The other characters are based on Redgi’s real brothers.

“I really wanted to make a game about rats because they are perceived so negatively by the media and general public, but they are the most affectionate and loving creatures.”