At the “The Game Awards 2022”, Capcom announced that the latest entry “Street Fighter 6” will be released on June 2nd, 2023! Pre-orders is available now!

Travel to different attractive locations in the “World Tour” Master is one of the characters in “World Tour”. Each master can teach player a “Special Move” and equip it to the protagonist’s avatar, which can become a skill that can be used in adventures. In addition, by combining the special moves taught by different masters, players can create their own fighting style. Your own character, your own fighting style, this is the real “World Tour” gameplay! In order to be able to cope with every situation and benefit yourself at any time, you must be careful when setting special moves. In addition, street fights in “World Tour” are not always one-on-one, so let’s make use of the “joint battle” system where the master will help. Travel costs money. “Part-time” is an effective way to make money, so that players can buy fashion items and food. The “World Tour” has also prepared minigames that can be played between battles. These jobs will allow you to fund your trip while teaching you the basics of street fighting, all in one shot.

Street Fighter 6 will be released on 2 June 2023! Pre-Order starts now!

In addition to the “Standard Edition” which only has the main game, the “Deluxe Edition” and “Ultimate Edition” including the main game and Year 1 Character Pass/Year 1 Ultimate Pass are also up for pre-orders from today! Let’s take a look at the content of each version. 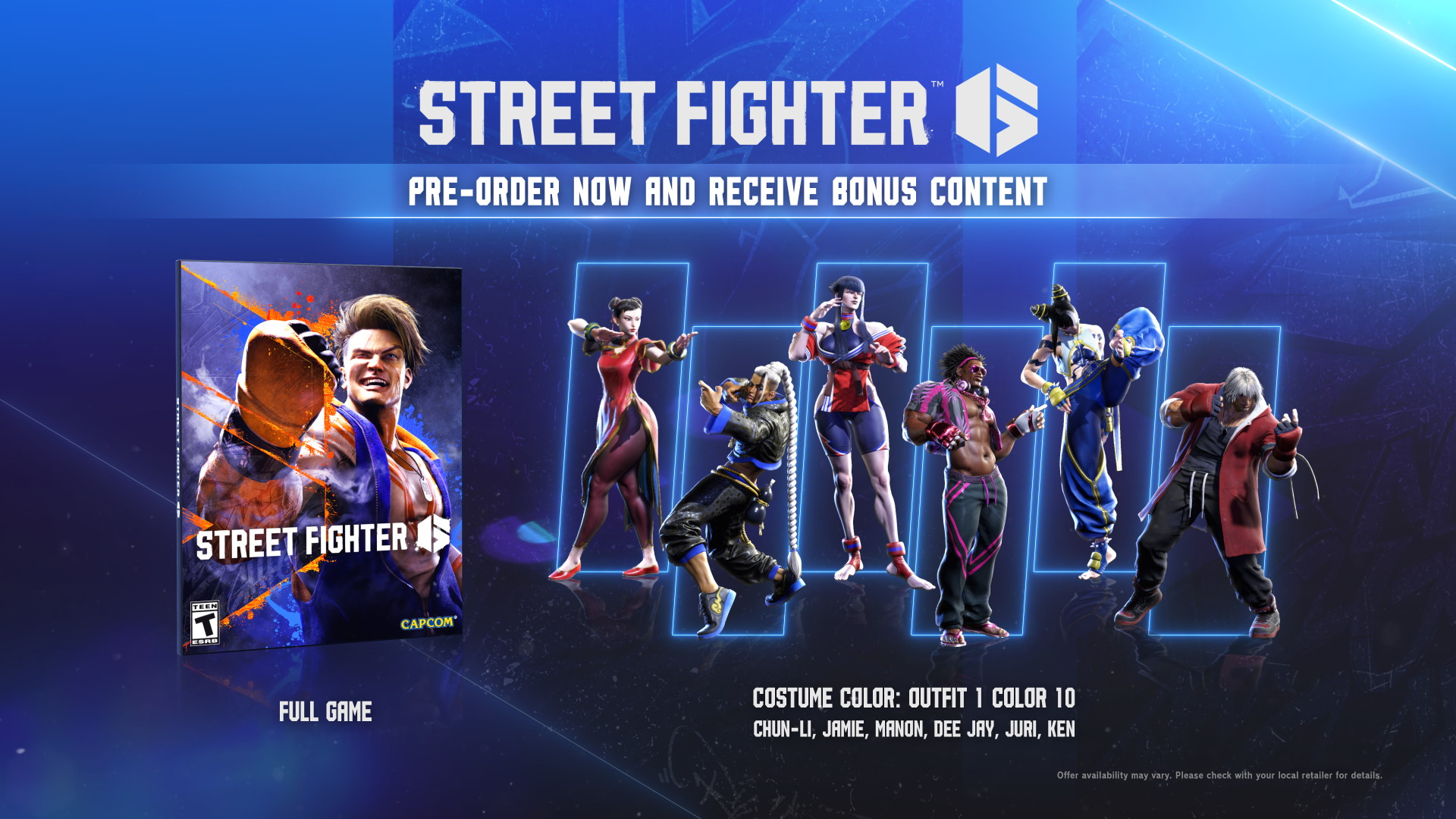 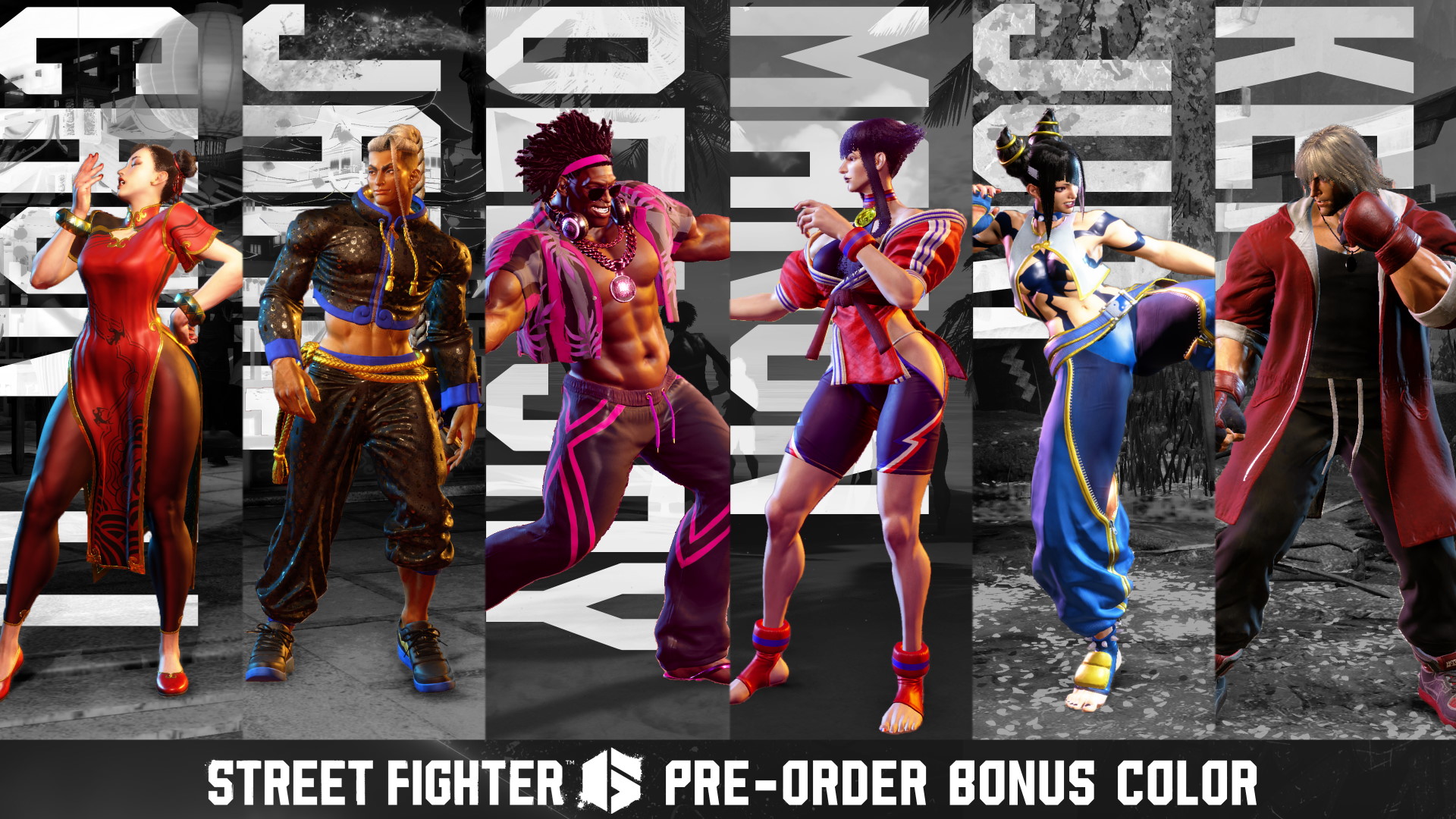 At the same time, pre-orders for the luxury set “Mad Gear Box” including the main game “Street Fighter 6” and original goods are also available for pre-order! Please check with your local retailer for details. A storage box designed with the theme of cardboard boxes worn by the enemy groups in the game.

Color figures made according to the specifications of “POP UP PARADE” developed by Good Smile Company.

The combination is Luke and Kimberly. Design and manufacture are overseen by MAX FACTORY.

An Artbook based on the theme of overseas magazines and centered on illustrations such as characters and logo.

A set of 12 stickers pasted on the laptop of Chun-Li’s disciple Li-Fen.

Backdrop for figures. A total of 2 pieces of stages and logo design are prepared. 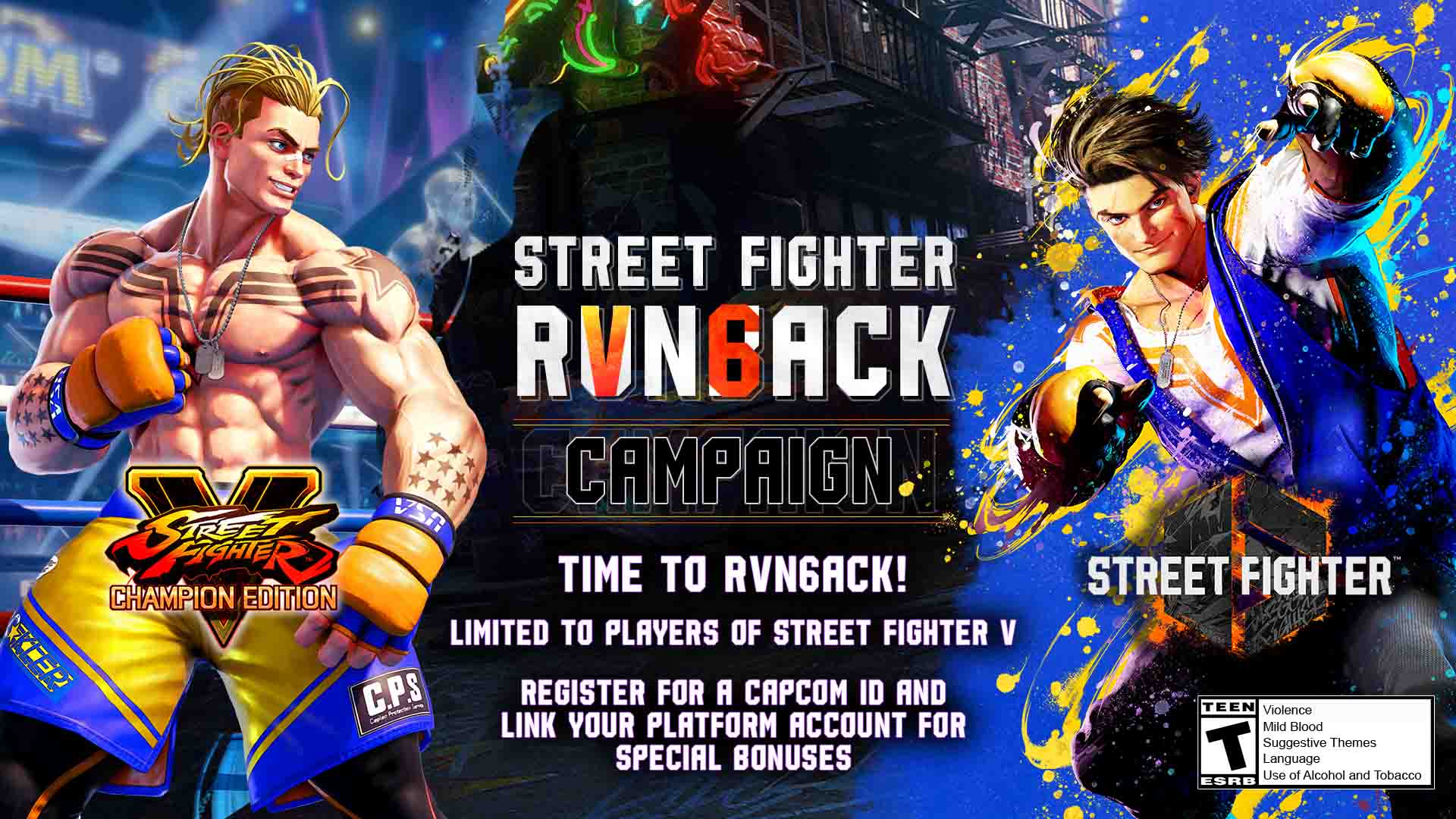 Great news for Street Fighter V players! As long as you register CAPCOM ID and link the platform account, you will get special bonuses that can be used in the latest entry “Street Fighter 6”! Players who have played “Street Fighter V” remember not to miss it! Note: Selection is handled via lottery and not on a first-come, first-served basis, please check the participation details before registering.

Megaman Battle Network Legacy Collection Will Be Released On April 14th, 2023! Up For Pre-order Now!