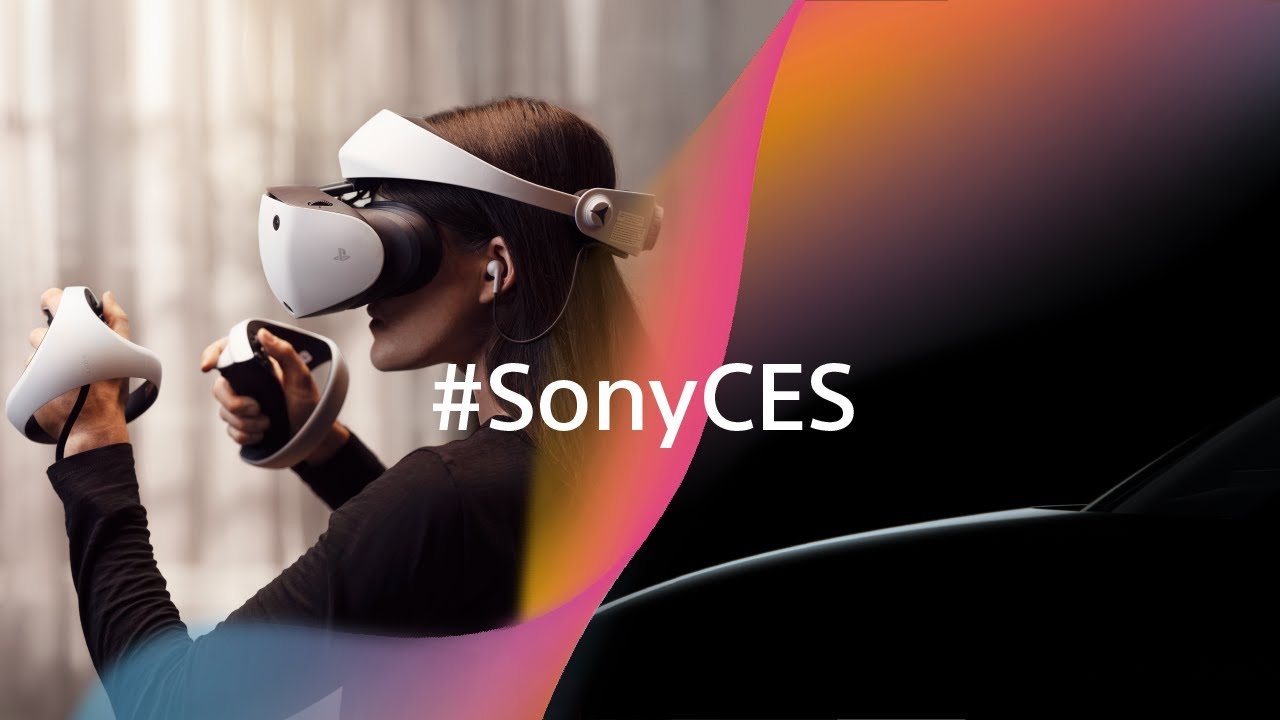 Sony has revealed a few new tech and exhibits during its press conference at CES 2023. The exhibit will be taking place in Las Vegas, Nevada and online from Thursday, 5 January.

Kenichiro Yoshida, Chairman, President and CEO of Sony Group Corporation took the stage at Sony’s press conference held on Wednesday, Jan. 4 (PST) ahead of the exhibition’s public opening. He explained that collaboration with creators who create Kando (emotion) is essential to advancing Sony’s Purpose to “fill the world with emotion, through the power of creativity and technology.”

He also emphasised that the “live” sharing of time and space is the essence of entertainment and that Sony’s creation and interaction technology will support the virtual world to provide live experiences and connect them with the physical world in exciting ways.

He was also joined by a diverse array of speakers from the worlds of pictures, games, music, sports and mobility to discuss the potential for expanding the scope of entertainment through technology. The list of presenters includes:

Highlights of Sony Booth at CES2023

STAR SPHERE is a project to bring space closer to all and to discover the “space perspectives” to provide an opportunity to think about the global environment and social issues. On Jan. 3, 2023 (PST), a remote controllable nano-satellite “EYE” equipped with a camera capable of shooting from space, was launched. Sony will exhibit the “Space Shooting Lab,” an experimental simulator that proposes a “space” for experiential photography from space that STAR SPHERE plans to offer in the future, and a mock-up of a nano-satellite equipped with Sony camera equipment.

Sony supports a wide range of production activities to get closer to various communities, from top creators to future creators. This booth showcases vast image production solutions, including digital cinema cameras such as VENICE 2, the full-frame mirrorless camera Alpha™ series, the VLOGCAM series, the professional drone Airpeak, Xperia™ smartphones and the Creators’ Cloud, a cloud-based media production platform. In addition, Sony will propose high-quality sound content production through microphones and headphones for professionals and general creators.

Sony is conducting a PoC (proof of concept) with English Premier League football club Manchester City, aiming for the realisation of the next generation of online fan communities and engagement through the combination of physical and virtual to excite and engage with both new and existing sports fans. In the booth, visitors can experience metaverse content as if they were in the Etihad Stadium, Manchester City’s home, reproduced in virtual space. Fans can express their feelings and passion for the team by creating their own customisable avatars on their smartphones and, in the future, connect with millions of fans across the globe, in addition to accessing various services to increase engagement.

This exhibit introduces initiatives related to new data-driven sports fan experiences, taking visitors through the journey of sports data from data capture on the field, creating virtual content in real-time, and offering it on various platforms to fans. Multiple technologies from Hawk-Eye Innovations (“Hawk-Eye”), Beyond Sports and Pulselive, all Sony Group companies, will showcase Sony’s sports businesses’ ability to truly revolutionise how we capture, visualise, deliver and make interactive live-action data for the fans.

This exhibit showcases a prototype of a new system that can capture and distribute animated 3D reconstructions of people, objects, and spaces with low latency in any location. The system only requires seven sensors, which allows it to be set up anywhere quickly, meeting the demand for live 3D video distribution. The booth lets visitors enjoy experiencing a 360-degree view of Manchester City players and the audience shown in a 3D metaverse space, through tablets and Sony’s Spatial Reality Displays.

Sony is unveiling a 27″ prototype of the Spatial Reality Display (SR Display) which reproduces the real world with 3D spatial images. The larger screen format enables the display of life-sized objects so that medical images and product designs can be reproduced more realistically. At the booth, the SR Display will be used to show 3D computer graphics content with applications in various fields, such as point cloud data used in VR (virtual reality) and AR (augmented reality), as well as architecture and computer-aided design (CAD), in a virtual space. In addition, multi-view video created by Hawk-Eye’s live sports data and virtual characters can now be reproduced on the SR Display as a new style of entertainment.

Previsualisation technology will be demonstrated using Sony’s mobile motion capture system “mocopi,” which allows creators to check their camerawork and character positions with VFX* editing at the pre-production stage. A CG model is shown on the viewing monitor, which is synchronised in real-time with the movement of a performing model who is wearing the “mocopi” device. This technology contributes to streamlined production workflow, allowing creators to simulate production at an early stage, improving the quality of their work.

*Visual effects: the process in filmmaking and video production where imagery is created or manipulated outside of live-action shooting.

Sony will exhibit PlayStation®VR2 (PS VR2), the next generation virtual reality headset for PlayStation®5 (PS5™) that brings an immersive gaming experience like never before. PS VR2 has some key features that are realised through PS VR2 Sense Technology, such as headset feedback, eye tracking, 3D Audio and adaptive triggers, as well as haptic feedback from PS VR2 Sense™ Controller. Select PS VR2 and PS5 games are available to try, along with PS5 accessories that will be showcased at the booth.

A new prototype vehicle will be exhibited from Sony Honda Mobility, whose purpose is to “Move people, through the pursuit of innovation with diverse inspirations”

You can view the full Sony CES 2023 Press Conference below:

Coverage of Sony’s press conference and videos introducing its booth exhibits will be accessible via the online platform “Sony Square.”