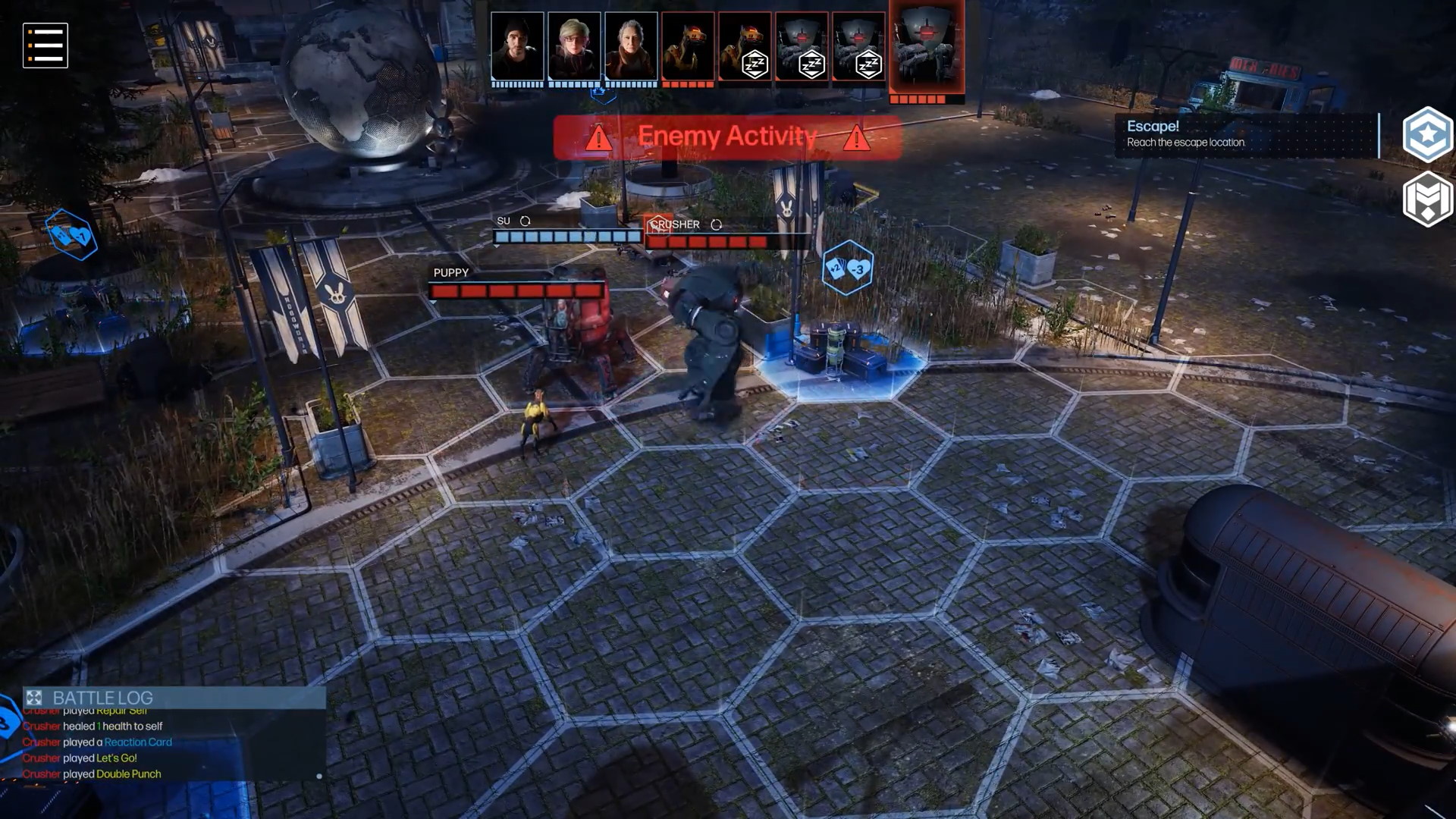 Rise of Humanity coming to Early Access on October 21st

Cybernetic Walrus announced that their game Rise of Humanity, combining both turn-based strategy and deck-building will launch in Early Access on October 21st, 2021. Rise of Humanity will be available on Steam for €19.99 with two game modes: one with a narrative adventure and one that gives players three new challenges to complete every day.

Rise of Humanity is a tactical turn-based card battler with RPG elements, stunning visuals, epic human-crushing robots, nasty robot puppies, and cute exploding bunnies. Players move their characters around on a hexagonal playfield using a stamina system. They are dealt a deck from a wide selection of cards they can use to attack enemies, lay traps and dodge incoming fire.

⚡Alex, a medic with a deep hatred against the enemy machines

⚡Su, a crafty inventor with her own walkbot

⚡Memory, a skilful hacker who can control & damage robots from afar

Who do you think is the most powerful? Let us know in the thread⬇️#indiegames #gamedev #indiedev pic.twitter.com/SHsivtWOxl

The Early Access game will include six missions with text dialogue (voice acting planned for the full game), as well as six-level environments with increasing difficulty. Players will also come across levels with enemies hidden by the fog of war. They can make use of the unlimited random side missions to improve the skills of their heroes and collect more cards for them. In the central mission hub, they can heal their heroes, buy them skills, or upgrade, merge and remove cards from their decks.

The full game is planned to launch in 2022. Two major releases are expected during Early Access, as well as regular updates with bug fixes and new content for the daily challenges developed together with the community.