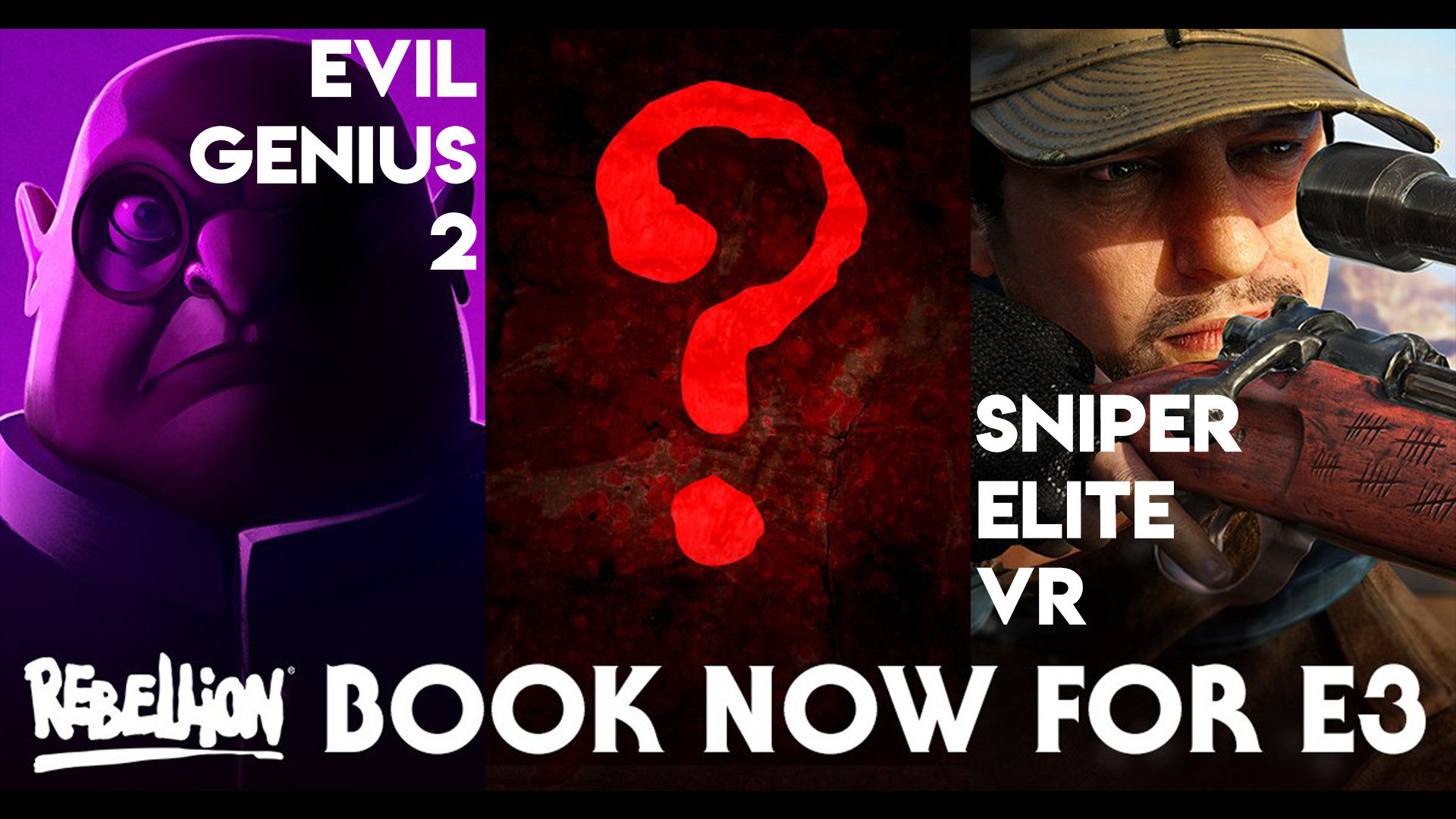 Independent UK developer and publisher Rebellion have unveiled their line-up for next month’s E3 conference in Los Angeles, USA.

Rebellion first announced EVIL GENIUS 2 in June 2017, much to the delight of would-be masterminds across the globe. Rebellion will show the world-domination sim to press for the first time at E3 2019, and fans can look forward to more details on the highly anticipated PC sequel during the show. A special debut trailer will be unveiled during the PC Gaming Show.

We're going big at E3! Fancy joining in with the fun? Head over to our Discord to find out more and chat with some of the team! https://t.co/YqgVVYeB7K pic.twitter.com/eZ70gEowpV

Earlier this year Rebellion announced it was working on a standalone Sniper Elite game for VR devices being developed in partnership with Just Add Water. Now it has an official title: SNIPER ELITE VR. Press will not only see Sniper Elite VR for the first time ever but be able to go hands-on with it at this year’s E3.

Finally, Rebellion will unveil a NEW MAJOR UNANNOUNCED TITLE for consoles and PC at E3. The mystery game will be announced during the PC Gaming Show, which will be streamed live on Twitch starting 10 AM PDT, 6 PM BST on June 10th.

Founded in 1992, Rebellion is one of Europe’s leading independent game developers and publishers. Whether it’s the breathtaking intensity of Sniper Elite 4, the face-hugging terror of Aliens vs. Predator or the grindhouse frenzy of Zombie Army Trilogy, the Oxford-based studio is known for creating stand-out games that thrill players.

CLICK HERE to Check out our dedicated E3 Section for more news from E3 2019!

The rise of Zombie Army Trilogy for the Nintendo Switch!