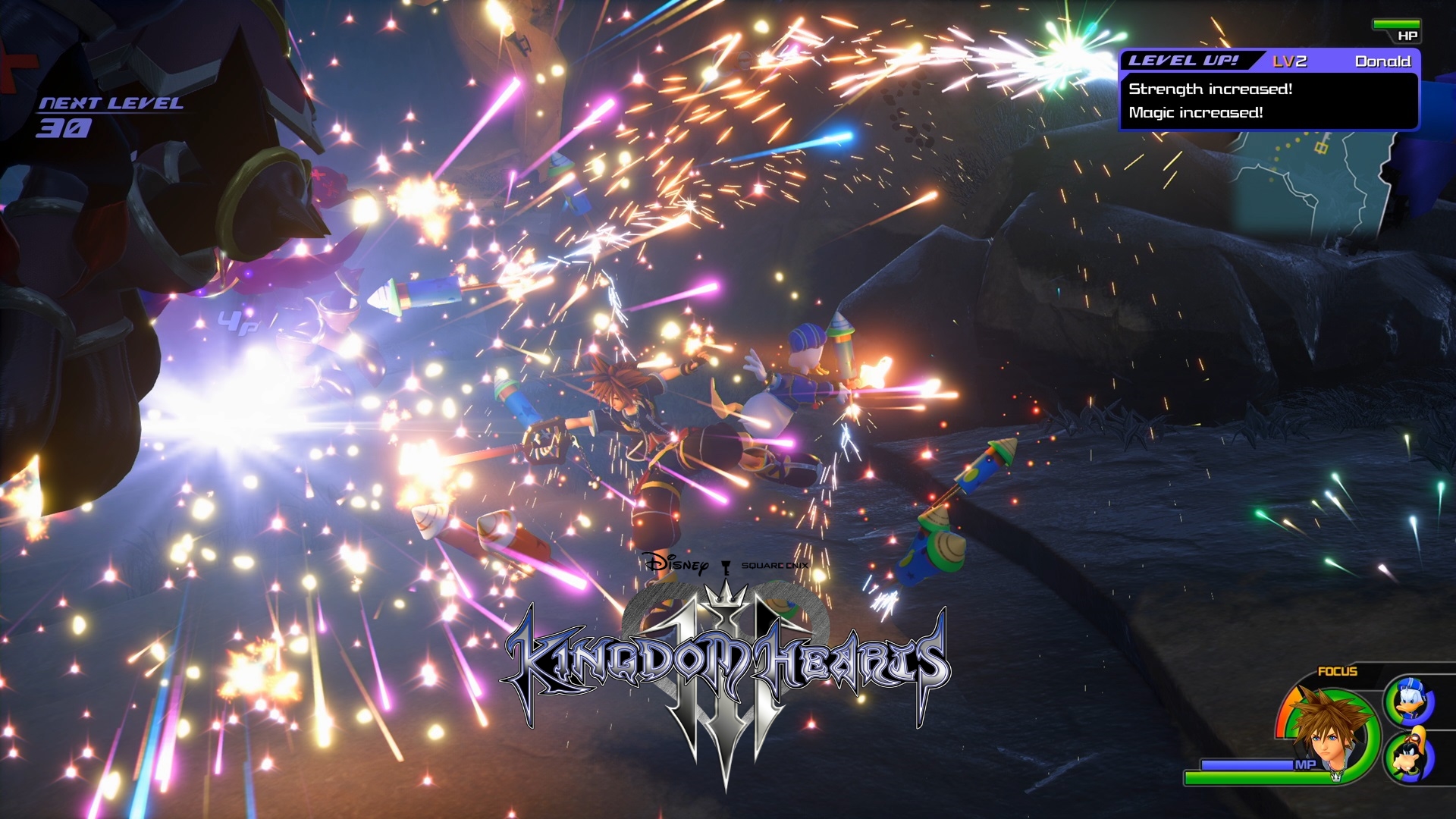 Players must prepare Sora and his friends to protect the Disney and Pixar worlds against darkness and unlock the mysterious hidden power of the Keyblades. For the first time in the Kingdom Hearts series, the Keyblades have the ability to transform into different forms with powerful new abilities and dazzling attacks inspired by the characters and elements of each world.

Learn how to use elemental magic for offensive and defensive purposes, such as creating ice slides and wind vortexes to navigate through the chaos in battle. Taking the form of classic Disney rides, players can utilize the power of the Attractions, or use team-up attacks with Donald, Goofy and other characters from Disney and Pixar against the darkness.

A glimpse of the Gummi Ship is shown and how to augment its speed, shield, firepower, and design as they journey between worlds, as well as the various other side activities such as classic Kingdom minigames inspired by 1980’s era LCD games and iconic Disney animated shorts which they will encounter along the way.

Kingdom Hearts 3 releases on January 25 in Japan and January 29 everywhere else.