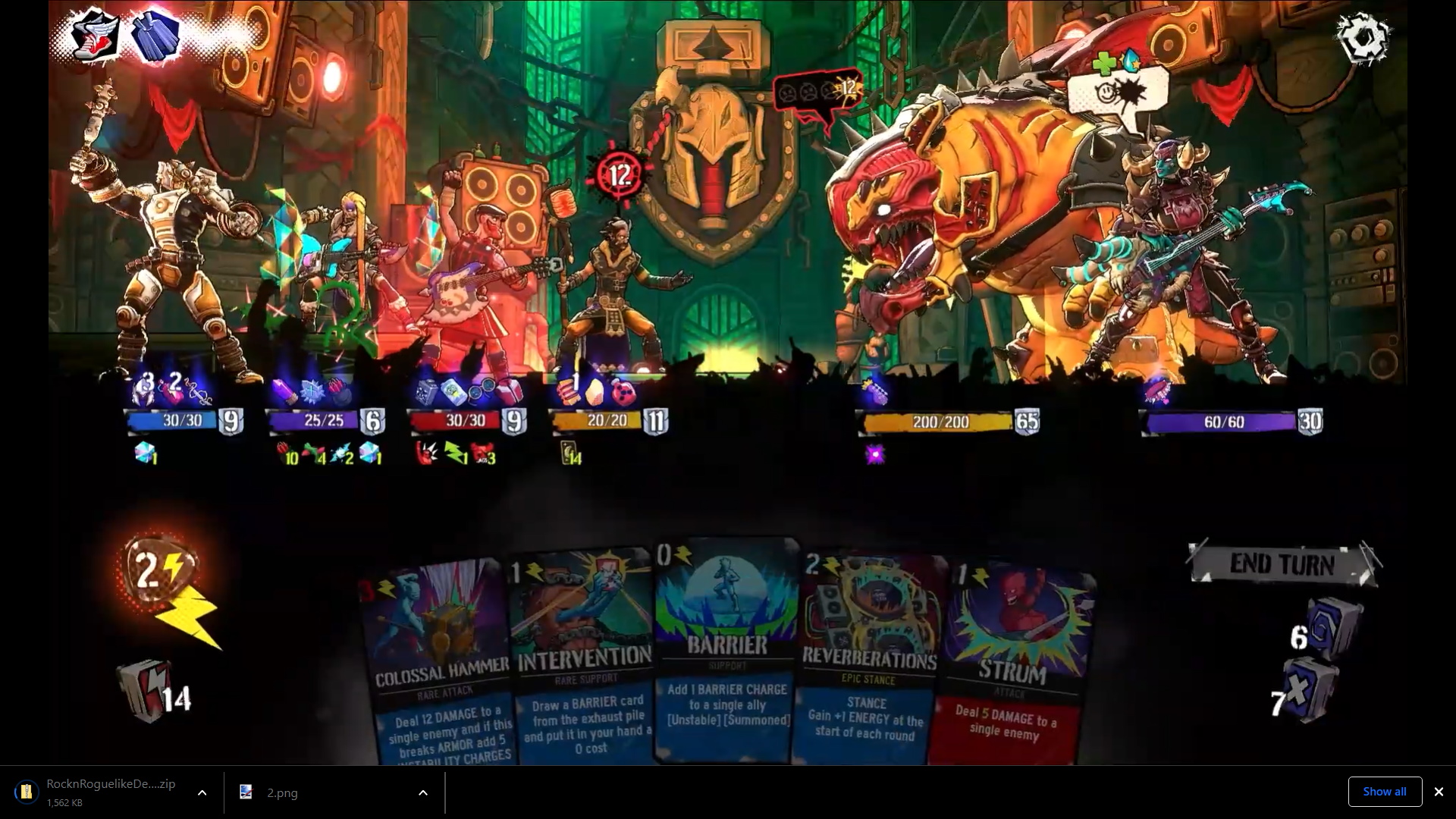 Power Chord, the heavy metal roguelike deck builder from Big Blue Bubble, makes a deafening debut on PC via Steam, on Jan. 26, 2023, and plans for an encore on Nintendo Switch in the future.
Heavy metal demons emerge from a tear between worlds and book a gig to terrorize your stomping grounds! Assemble the new Knights of Thunder Fist to take back the town’s grungy dive bars from these thrashing hellspawn. Wage each Battle of the Bands with easy-to-learn, yet deep, turn-based combat. Build a deck of powerful cards, each riffing off a bandmate’s larger-than-life personality, and survive a concert tour for the ages.
This rock n’ roguelike inspired by deckbuilding genre giants, start off the show with a guitarist, vocalist, drummer, and bassist, each boasting tailored cards. Push back the demonic horde by tapping into every bandmate’s skillset. Draw and choose cards to ravage the enemy’s armor with the bassist’s toxic damage-over-time, sing songs of stat boosts to prepare the lead guitarist for a killer solo, or have the tank drum up some defenses. 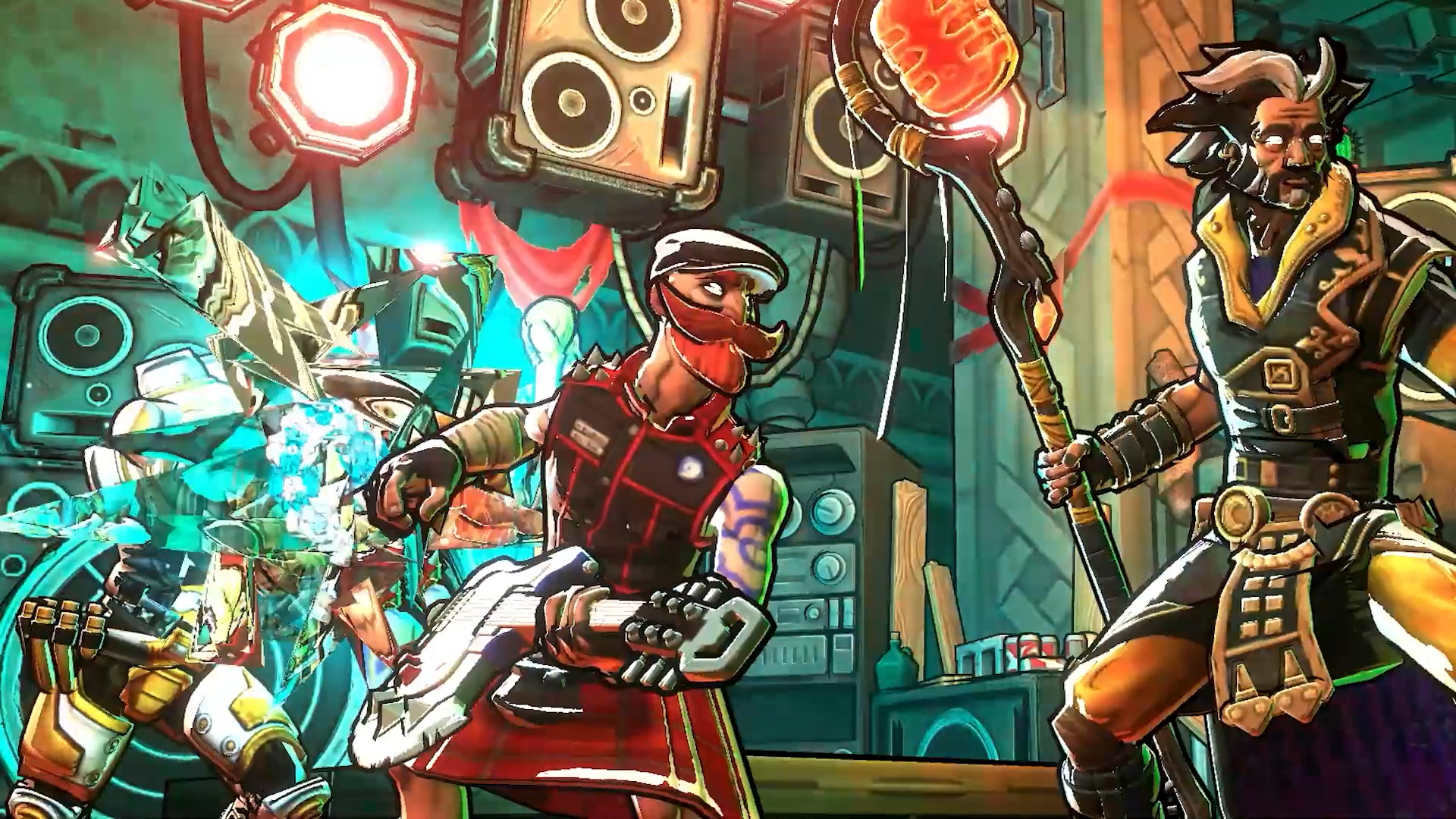 Expand the setlist by winning battles and claiming new cards at each randomly generated stop in the tour, but rock responsibly—the road is long and hundreds of potential enemy band compositions make every venue a threat. A band without harmony will fall, and if a bandmate goes down, they’re out of the lineup until the next Rest Site. Fearsome, demonic rock gods await as bosses for only the most stalwart squad.
Amass is a legendary collection of cards to take the band’s performance to the next level and build a one-of-a-kind rock legend. Mastermind killer combos to not merely survive, but bring down the house (literally in some cases). Celebrate the triumph of a team victory and the thrilling legacies of rock, heavy metal, and punk. 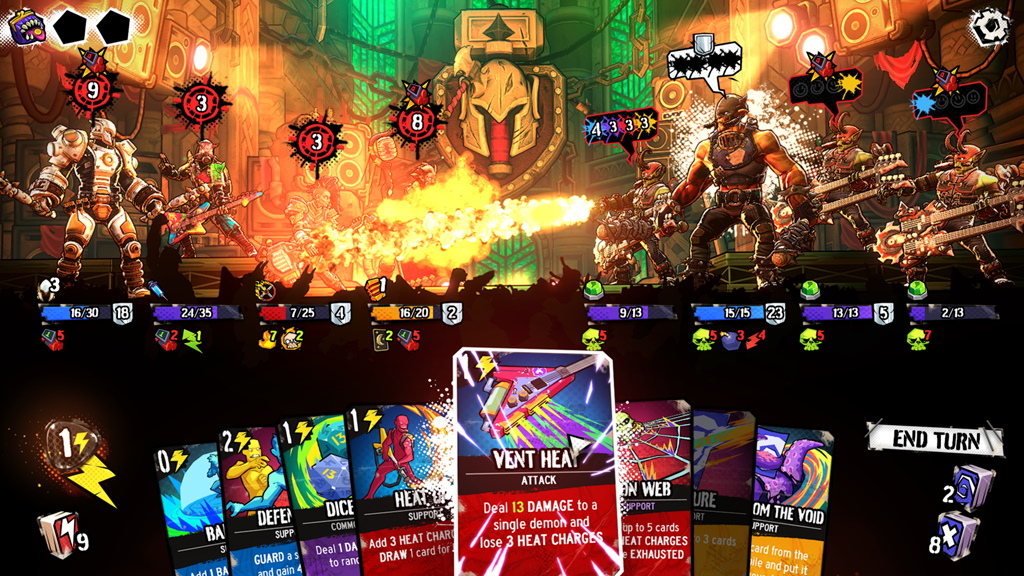 Rock music and its offspring have gifted fans with such incredible, emotive highs over the decades, and it’s constantly evolving to yield new joys – In that same spirit, Power Chord evolves the roguelike deck builder with significantly more strategic options and complexity than its forebear while celebrating the visual legacy of rock, from demonic accessories to eye-catching album-cover visuals.

Action Platformer Foregone will be coming to PlayStation 4, Xbox One and Switch