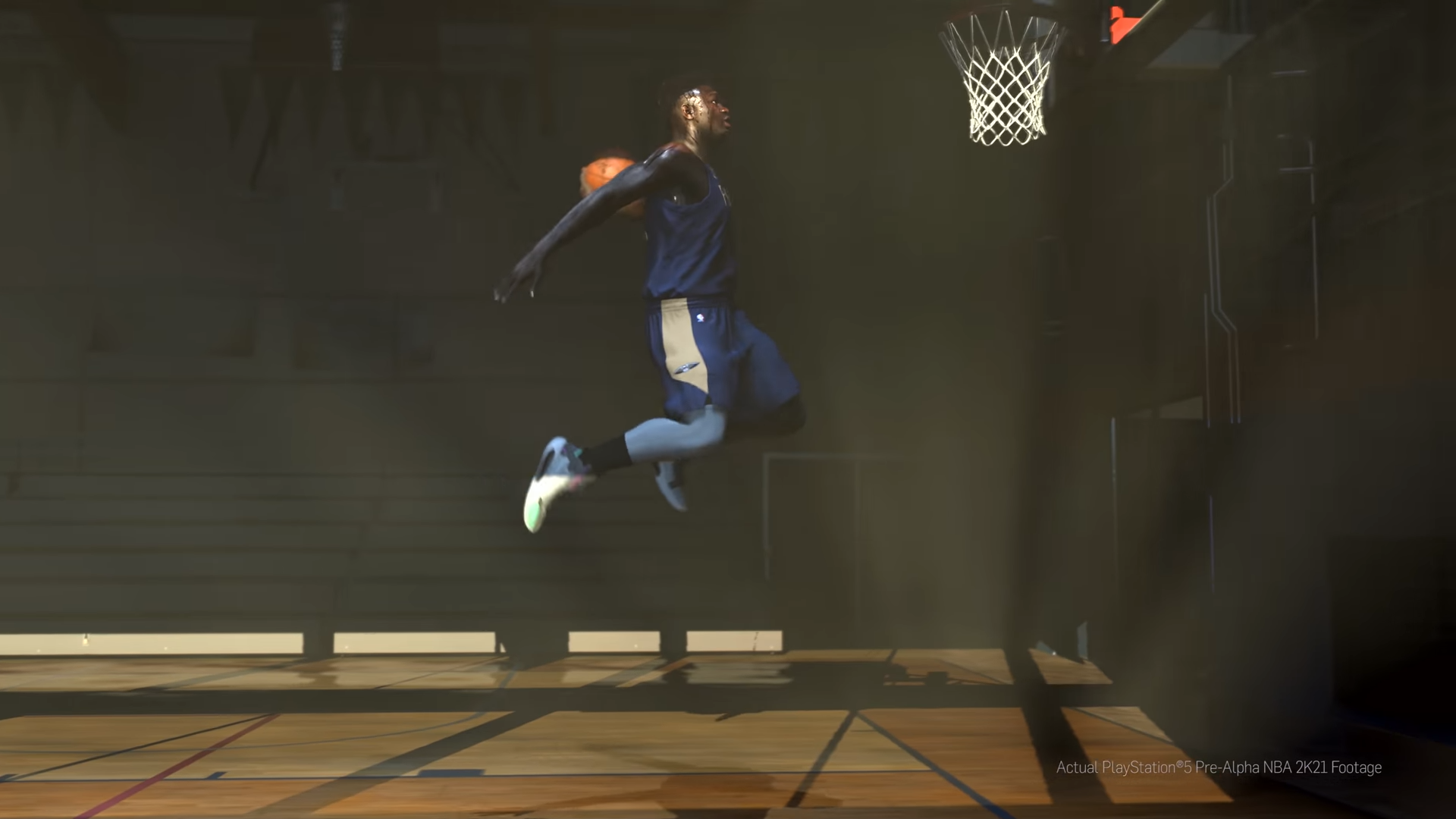 2K have released the teaser trailer for NBA 2K21 running in-engine on the PlayStation 5. Being the first 2K game to arrive on next-gen consoles, NBA 2K21 is built from the ground up to fully utilize the potential of the PlayStation 5.

“New console launches are few and far between, and we’re incredibly excited to show a sneak peek at what our fans can look forward to from NBA 2K21 running on next-gen hardware. Today’s showing is just a glimpse of how our team is building the future of gaming with NBA 2K21, and how we’re creating the most realistic sports simulation on the planet – a must-have title for sports fans and gamers alike this year.”

The teaser trailer features NBA star Zion Williamson and co-founder of Visual Concept Greg Thomas talking about how next-gen’s console can deliver lighting fast load times and realistic visuals. There is also a demonstration showing Zion in-game, how he looks like and moves to help bring NBA2K21‘s basketball animation closer to real life.

“I’m hyped by how realistic the next-gen gameplay is and how accurately it captures my looks and playing style. It’s mind-blowing to see what 2K has created with NBA 2K21. I can’t wait to see what else NBA 2K21 has in store.”

For next-gen, NBA 2K21 fans can expect new game features, game modes, brand partnerships, social events, in-game experiences and a brand new soundtrack that will break records for the largest in-game collection of music ever in any video game.  These updates and more will set the bar for sports simulation games when the game debuts this Fall.

Developed By: Visual Concepts Published By: 2K Sports Platforms: PS4 / XBOX One / PC Reviewed On: PS4PRO  WWE2K20 is an annual series in the same vein as...
Read more
News

WWE 2K20 Showcase tells story of the Women’s Revolution for the first time!