MMORPG Elyon To Arrive In SEA With Pre-Registrations Now Open

PlayPark is happy to announce that they will be bringing the popular MMORPG Elyon – Ascent: Infinite Realm to Southeast Asia with pre-registration for the game now open. Elyon is developed by Krafton, the studio behind the popular battle royale game, PUBG.

The game is set for Open Beta this coming July 2022 with a Closed Beta happening from the 22-26 of June 2022. There will be 5 classes available during the Closed Beta: Warrior, Mystic, Elementalist, Assassin and Gunner. There will be 2 more classes, the Slayer and the Archer available soon once the game launches. 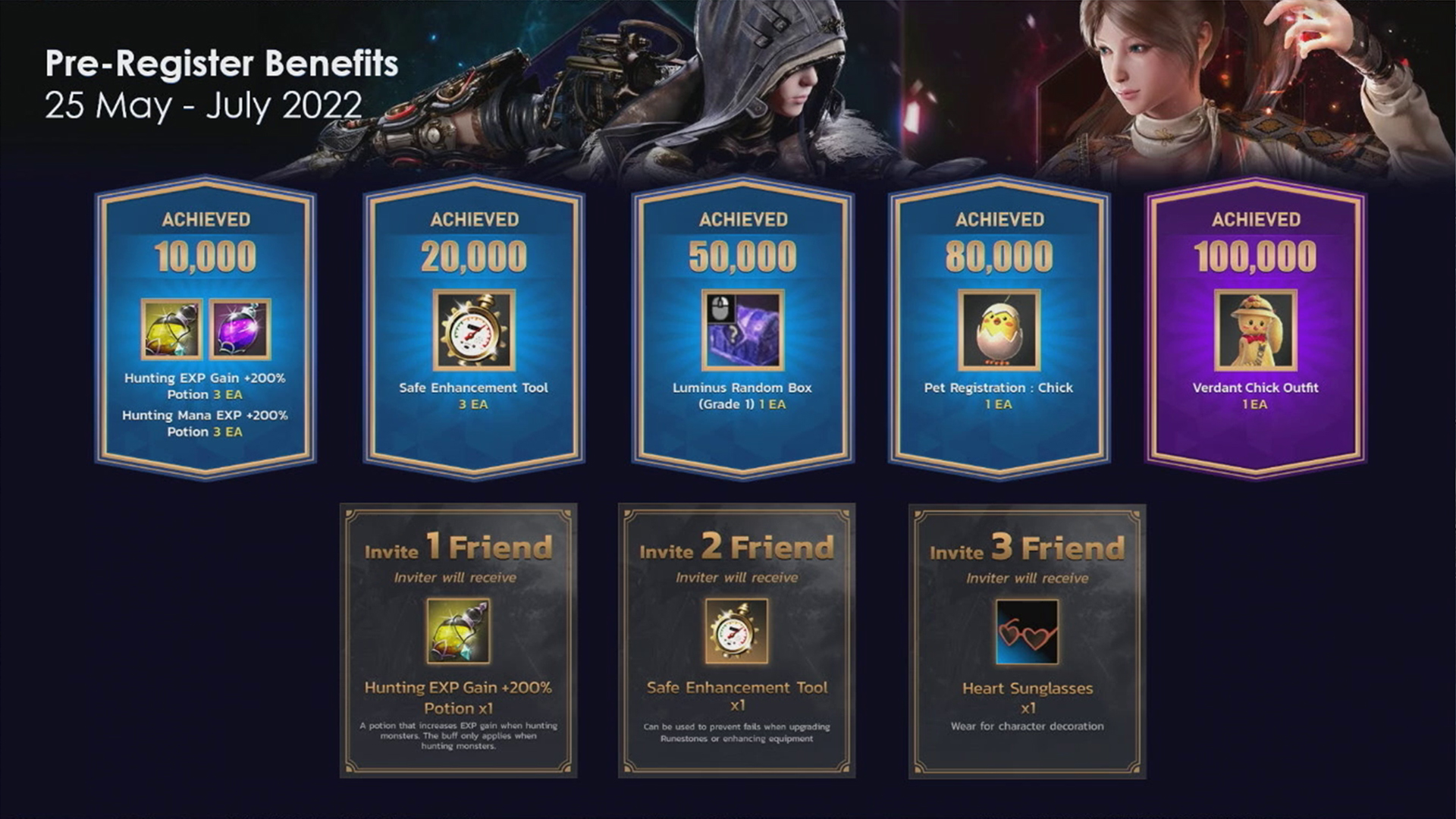 Players can now pre-register and once a certain amount of pre-registered players has been achieved, players will get pre-registration benefits. Not only that but those who pre-register also stand a chance to win an Asus ROG Strix G15 and various Razer products. 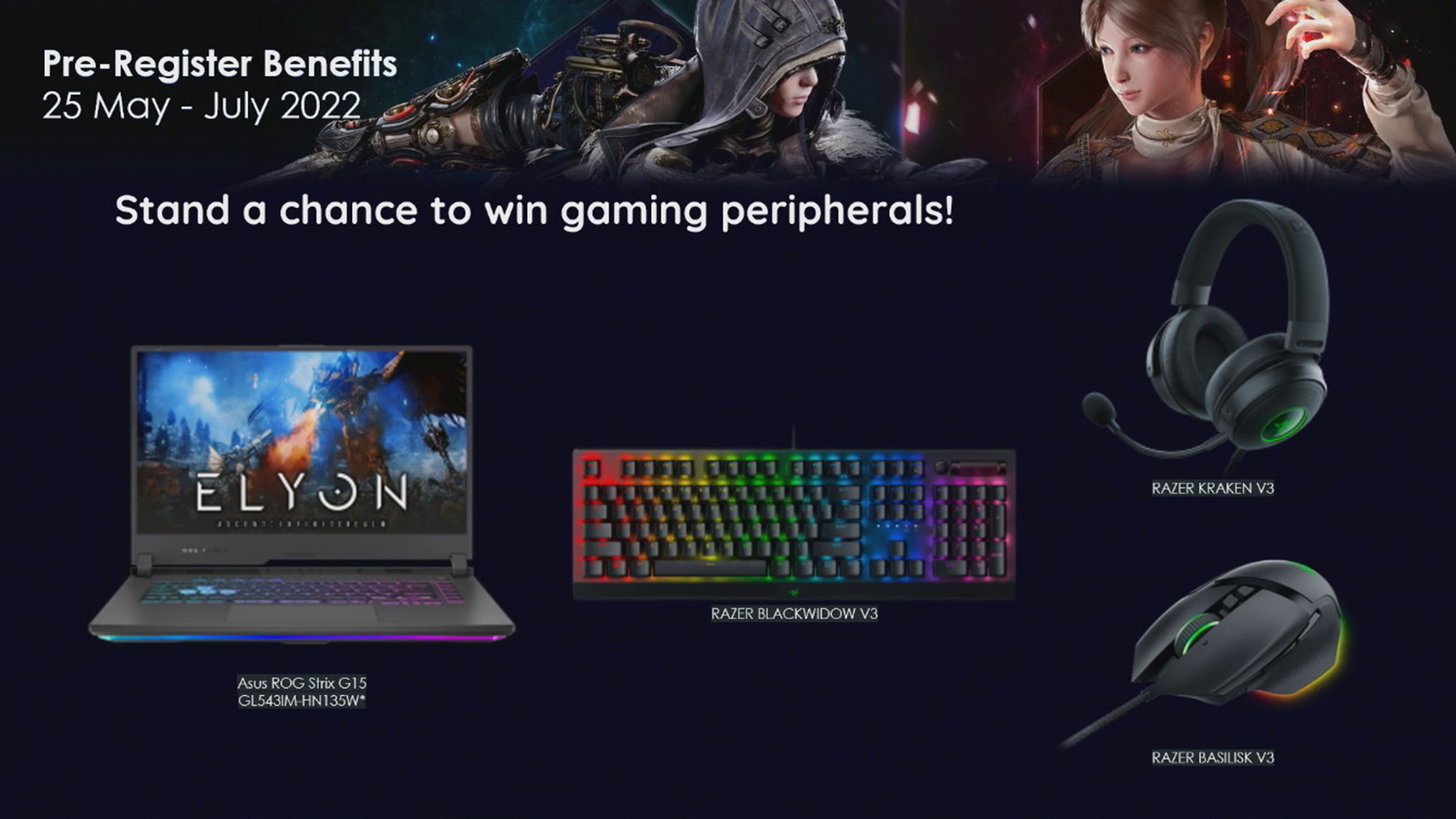 One of Elyon’s key features is the 50 versus 50 realm battles with real players on either side of the faction. There are also things like fishing and building your house in the game which you can use to do things like crafting potions or if you are feeling lazy, just kick back and take a nap.

Last but not least, Elyon boasts a modest PC specification below. 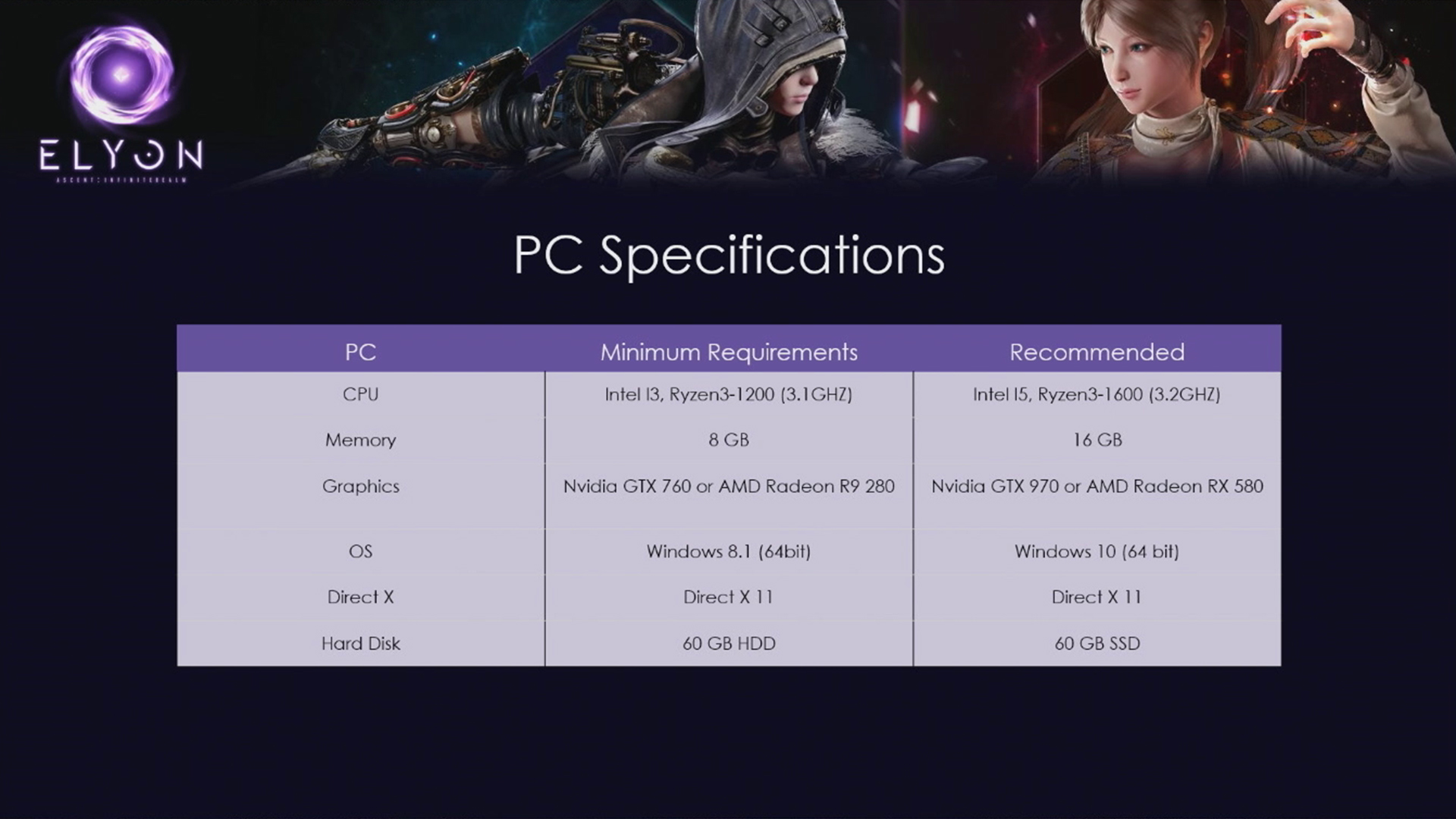 Elyon SEA open beta is set to launch in July 2022 for PC.