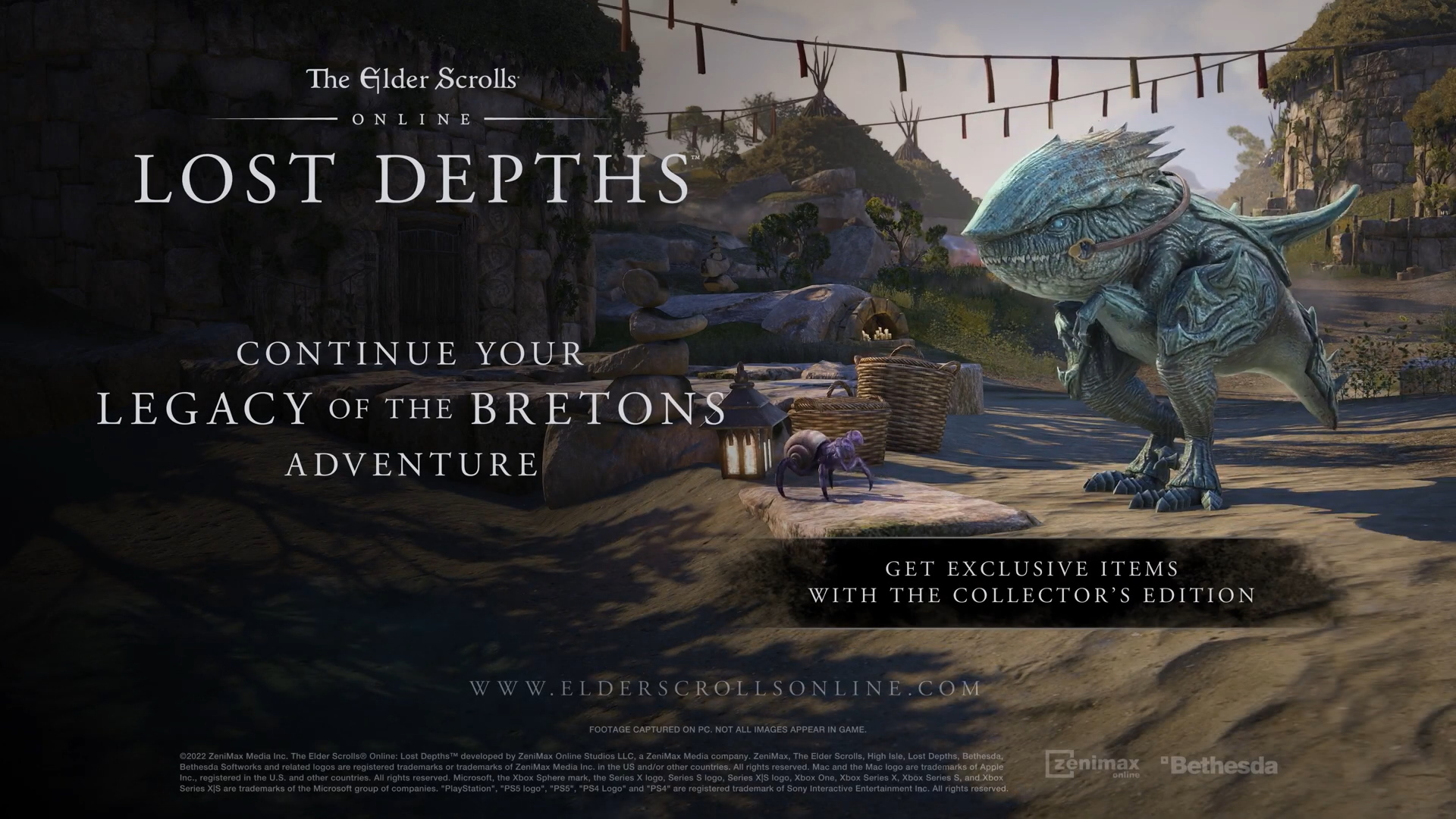 As part of 2022’s Legacy of the Bretons year-long adventure, this dungeon DLC pack brings two new four-player dungeons to challenge you and your allies that build upon and expand the saga that began with the Ascending Tide DLC and continued with the recent High Isle Chapter. Both dungeons feature their own unique stories and rewards, including item sets, Achievements, and collectibles not found anywhere else in Tamriel.

Launching in tandem with Elder Scrolls Online: Lost Depths is Update 35, a new base-game patch that all ESO players can enjoy, no purchase required. This update includes balance changes, fixes, and new features, including changes to the combat system, the introduction of bonus “mini-events” for Battlegrounds (for example, a weekend that grants bonus Alliance Points), and broad improvements to XP gains in PvP in general.

Players can purchase the Lost Depths game pack through the in-game Crown Store and is included for all who subscribe to ESO Plus. For full patch notes on Update 30 and more information, remember to keep an eye on the official forums and News site.

Delve into two challenging new four-player dungeons, Graven Deep and Earthen Root Enclave, and set up the adventure to come with two stand-alone stories that lead into the events of this year’s final zone DLC, The Elder Scrolls Online: Firesong.

Explore a mysterious uncharted island and help Dhulef of the Mages Guild delve into a vast underwater Dwarven facility. But be warned. The isle you and your party have landed upon is home to all manner of deadly beasts. Additionally, within the depths of the enormous undersea complex, the lost souls of sailors protect an ancient secret. 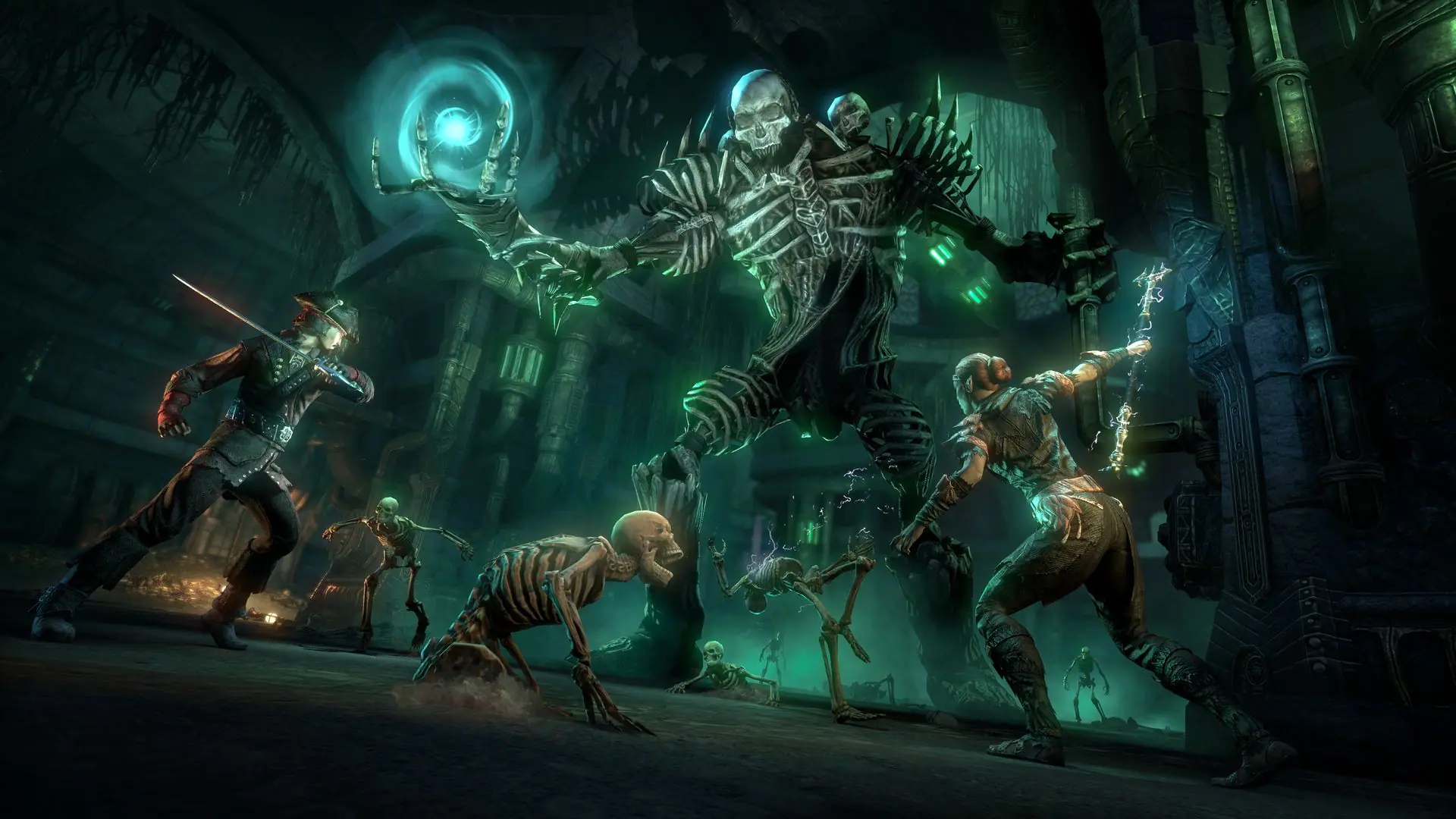 Together, you and your allies can uncover the mysteries of Graven Deep, put a stop to the storms that plague the sailors of the Abecean Sea, and discover new lore surrounding the legendary Druid King and his journey to the Systres Archipelago.

Once a sanctuary for all the druids of the Systres, Earthen Root Enclave has come under attack from the vicious Firesong Circle. Learn more about the Archipelago’s unique druid factions as you contend with Firesong warriors, powerful constructs, and even corrupted spirits that seek to plunder the sacred haven. 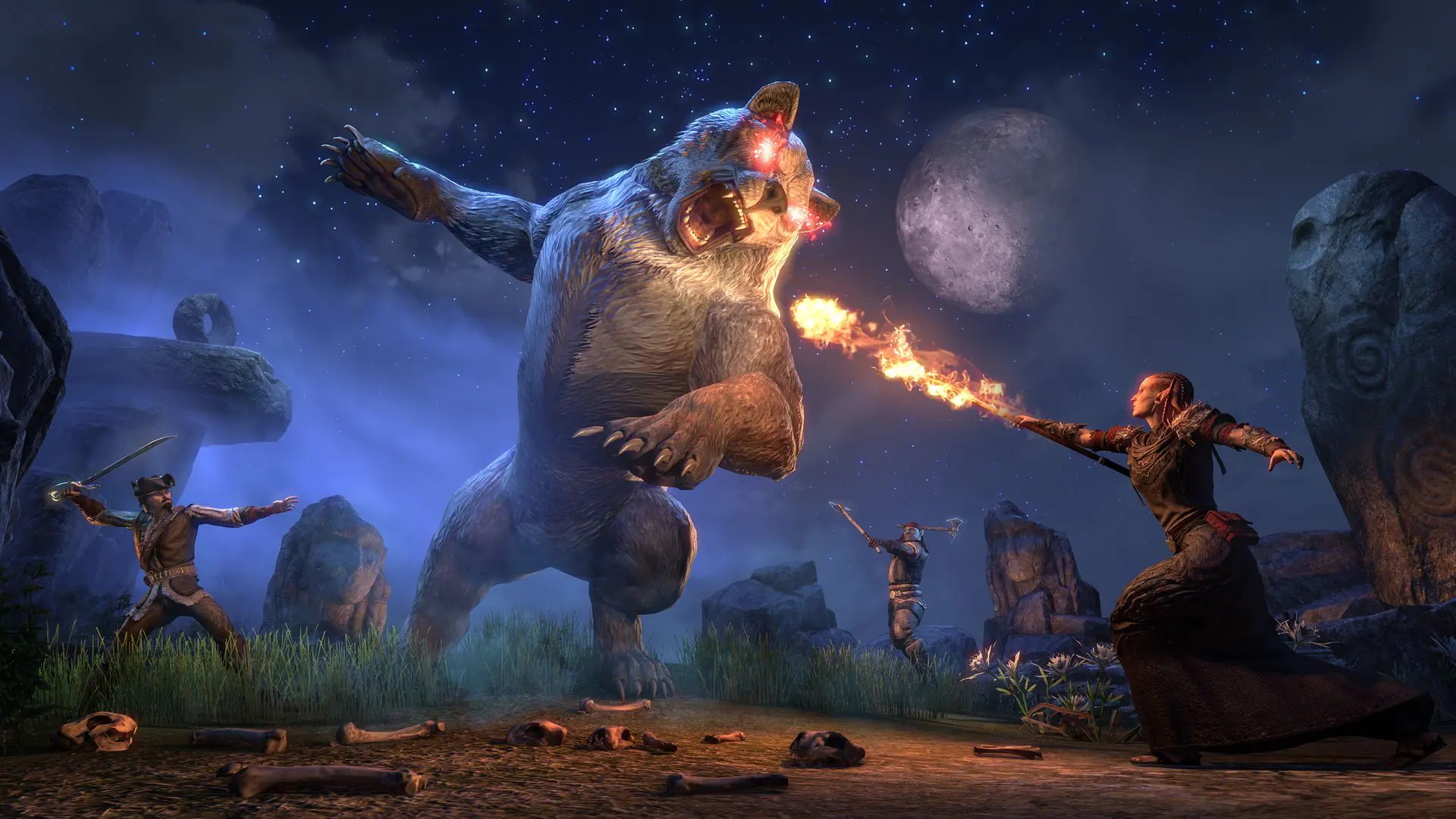 You and your party must help Druid Laurel defend the enclave from the marauders, protect the site’s most revered relics, and confront a new danger that threatens to bring ash and ruin to Tamriel. Learn more about Earthen Root Enclave, its setting, and challenges in the preview blog.

By completing both dungeons in Normal, Veteran, and Hard Mode difficulties, you can uncover unique challenges and rewards (including item sets and collectibles) specific to this DLC. As part of the Legacy of the Bretons adventure, what you discover in these two new PvE experiences will have ramifications for both the people of the Systres Archipelago and the larger year-long saga.

GETTING STARTED WITH LOST DEPTHS

The Lost Depths Collector’s Bundle is also available for 4,000 crowns and includes access to the DLC game pack, the Turquoise War Pangrit mount, the Pangrit Nymphling pet, and five Crown Experience Scrolls. You can purchase the Collector’s Bundle from the Featured section of the in-game Crown Store. 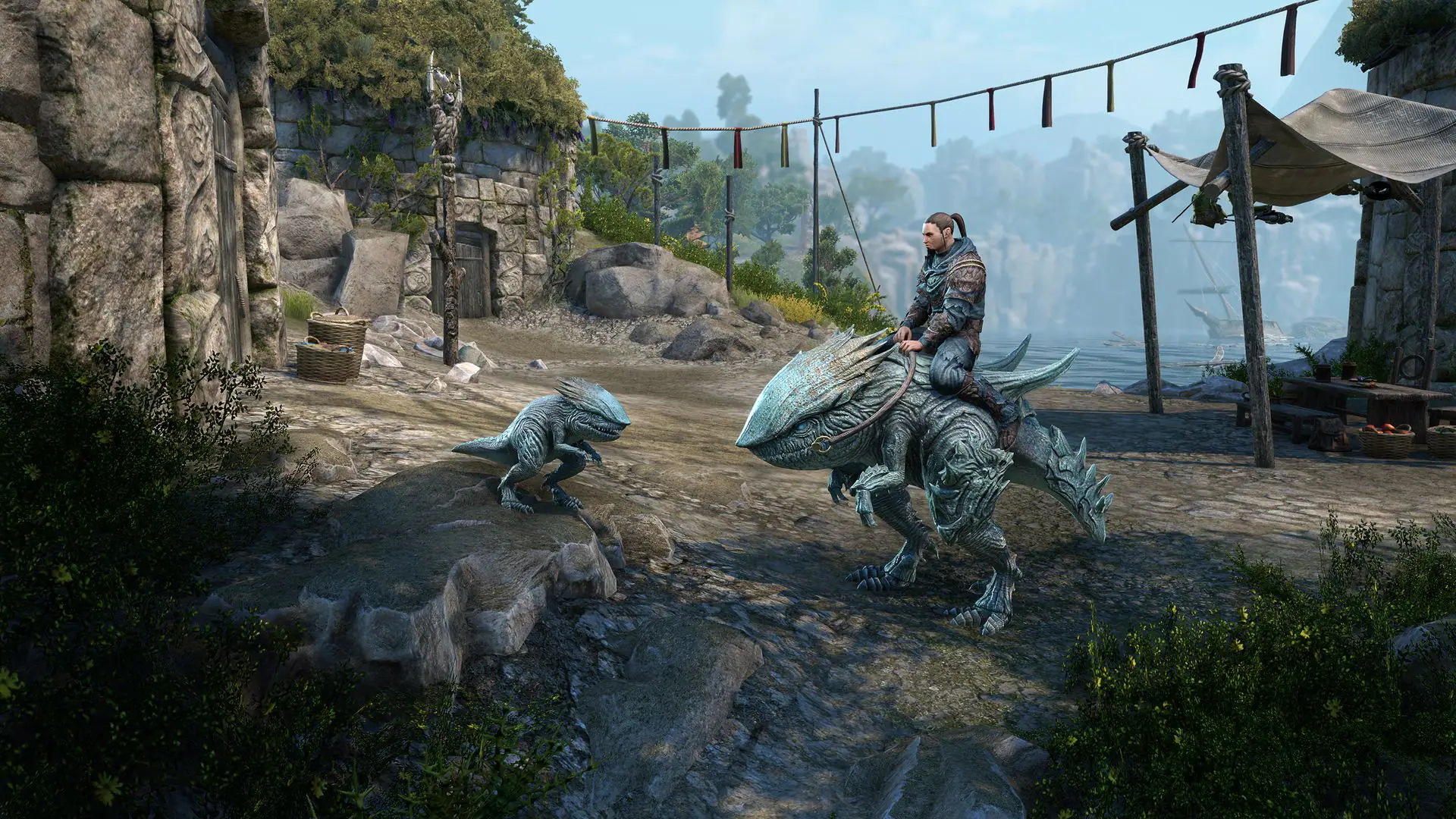 With access to the Lost Depths DLC, you can begin your Legacy of the Bretons adventure by the following methods: 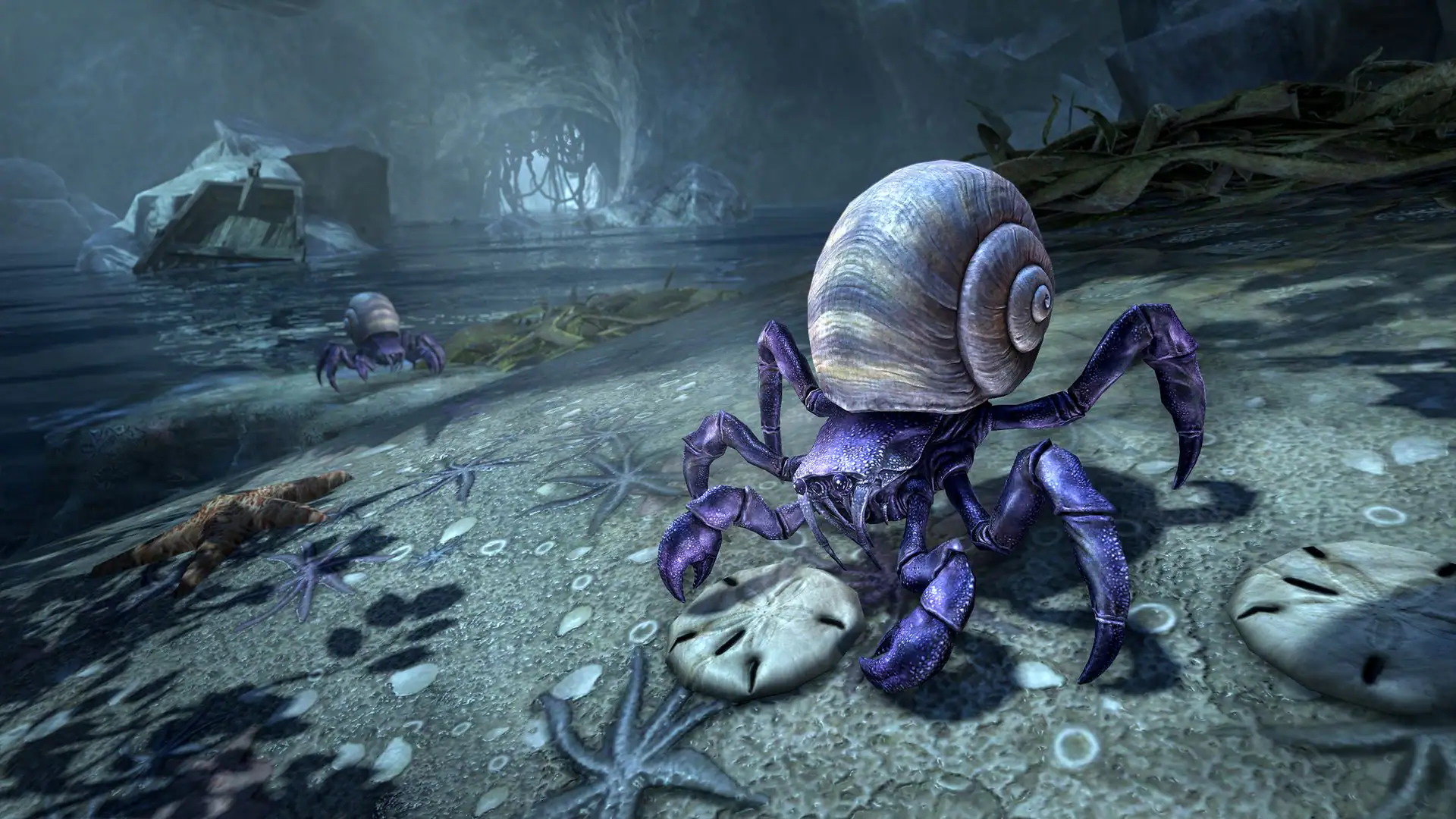 Also releasing at the same time as the Lost Depths DLC is the Update 35 base-game patch. This free update is available for all ESO players, no purchase required, and includes a host of balance and bug fixes, combat changes, the introduction of special Battlegrounds weekends, and boosts to XP gains when engaging in PvP activities in general. To see a complete list of all the changes coming as part of Update 35, visit the Patch Notes section of the official forums.

DELVE INTO THE LOST DEPTHS

The Legacy of the Bretons year-long adventure continues with The Elder Scrolls Online: Lost Depths DLC and challenges you and your party to delve into two new exciting dungeons. New stories, characters, and dangers await those willing to confront the Firesong Circle or investigate the lore of the Druid King—good luck!