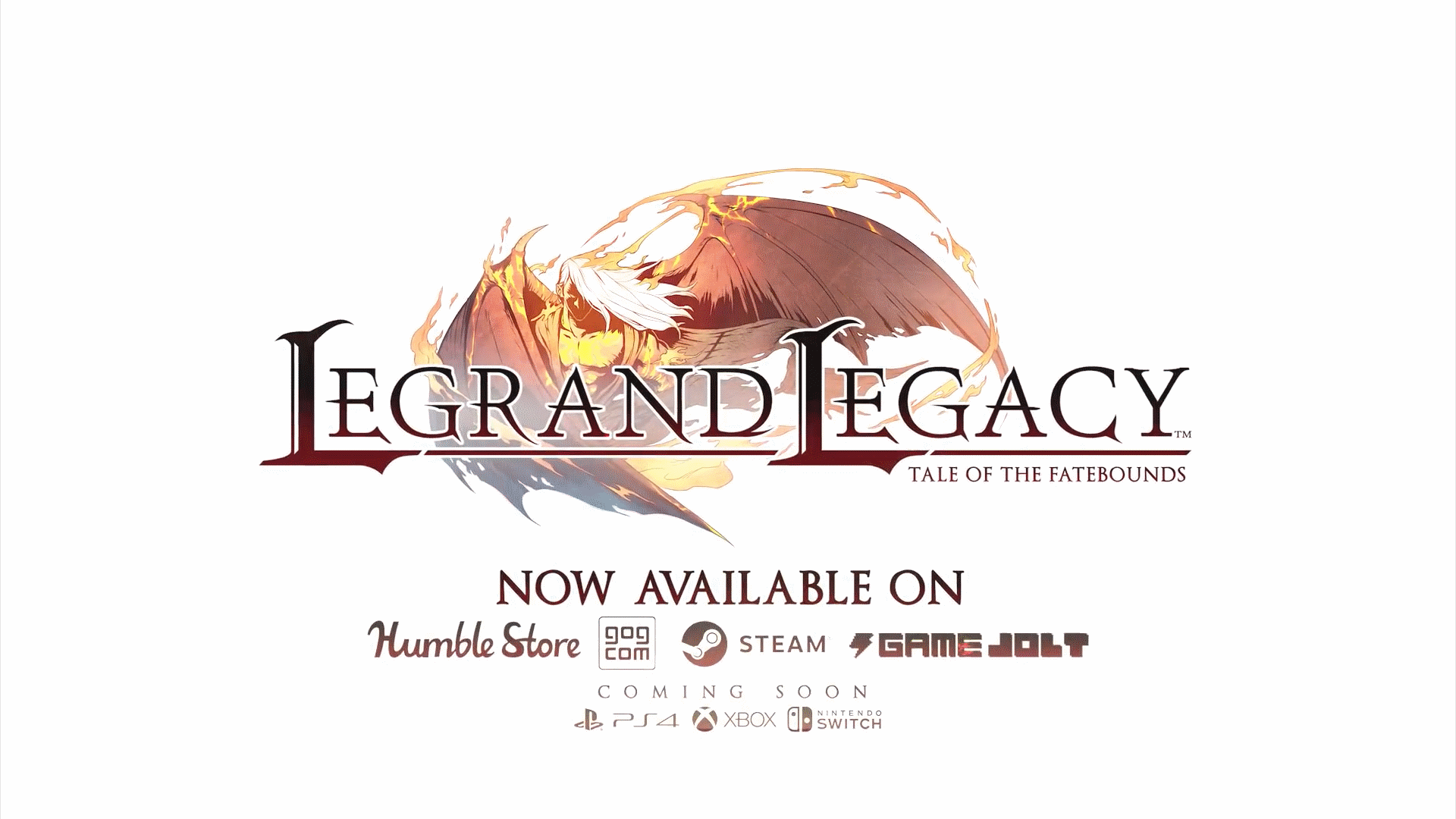 Legrand Legacy: Tale of the Fatebounds for Nintendo Switch

Another homage for long-time JRPG fans out there, Legrand Legacy: Tale of the Fatebounds developed by Semisoft portrays classic turn-based battles, dialog choices and tactical warfare. Check it out:

The key features in this game

Originally released for PC version back in 2017, the Switch version will be launched via Nintendo eShop on January 24, 2018. No further announcements for PlayStation 4 and Xbox One at this point of time.