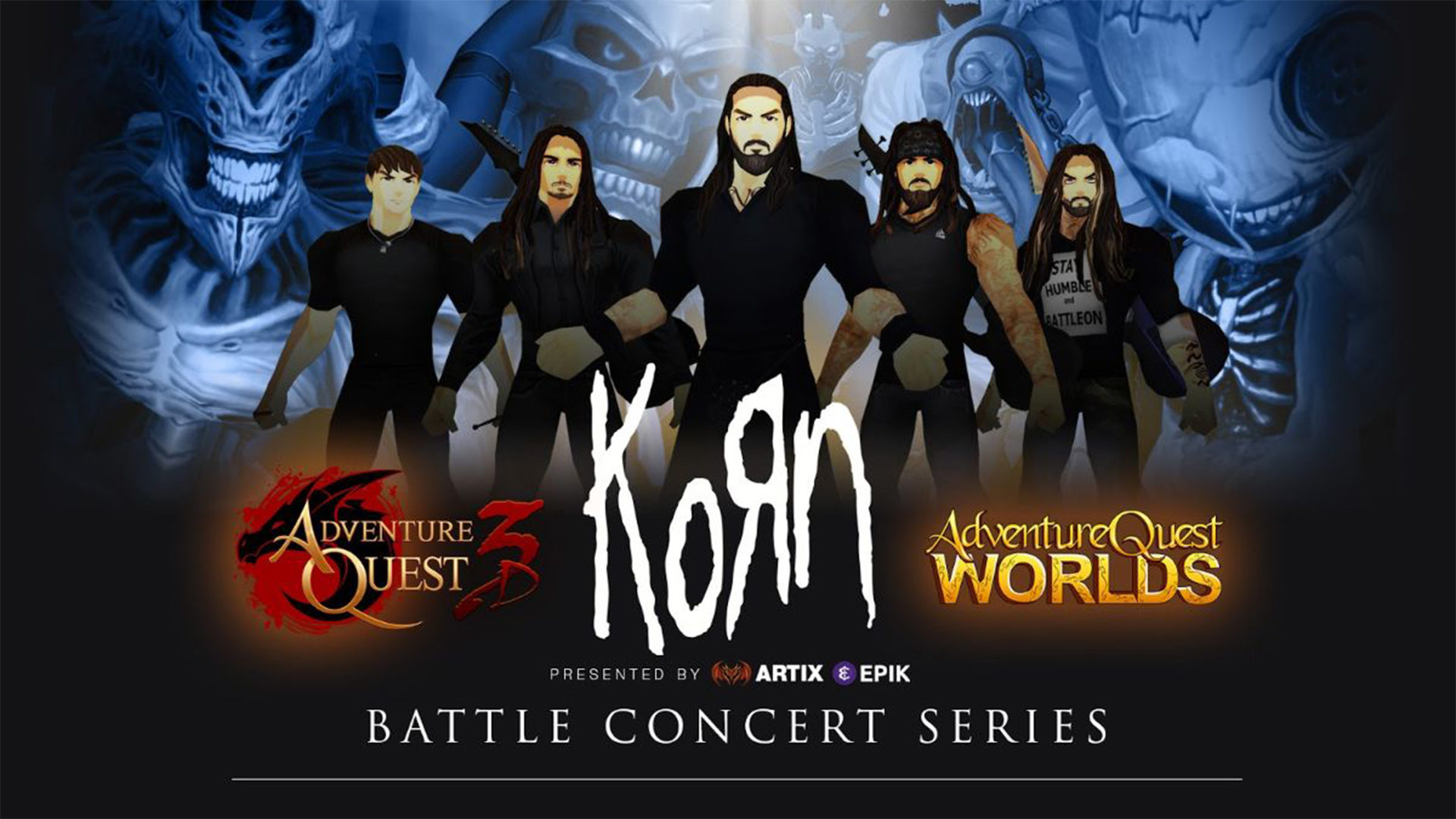 A virtual live concert is not a concept which is entirely new, nor is it groundbreaking. Fortnite did it this year with Marshmello, Second Life held their first virtual concert in 2007 and even the dreadful LotR Online has had a few of them. So what makes this live concert/event planned by Artix Entertainment any different?

Simple. KORN will be performing.

Yes, you’ve read that right! KORN will be playing in a virtual gig for the very first time!

“We are huge fans of KORN’s music. We want to create an unforgettable multiplayer experience where the floor of the arena is flooded with KORN-inspired monsters which are choreographed to the songs. Players will battle back-to-back for survival, glory & epic loot.”

AdventureQuest 3D and AdventureQuest Worlds will be hosting a simultaneous massive multiplayer concert with a live in-game performance by KORN on the 20th of August.

The limited-time event will feature a monster-filled mosh pit while KORN performs their new song, “You’ll Never Find Me” from their upcoming album THE NOTHING. The monsters from the event are also inspired based on the artwork of KORN’s past albums, such as Issues.

The event will require players to defeat all challenges while the song plays in the background. If the challenges are cleared before the song ends, players will be rewarded with a loot-filled treasure chest. The loots obtained from monsters will also include items and quests!

VIP and Backstage Passes will be available for fans to access additional segments for the event. These passes will include limited-time items and a virtual selfie with the band. It is unknown if KORN themselves will be controlling their in-game characters for the selfie session as KORN’s official twitter have only mentioned about the performance and nothing else.