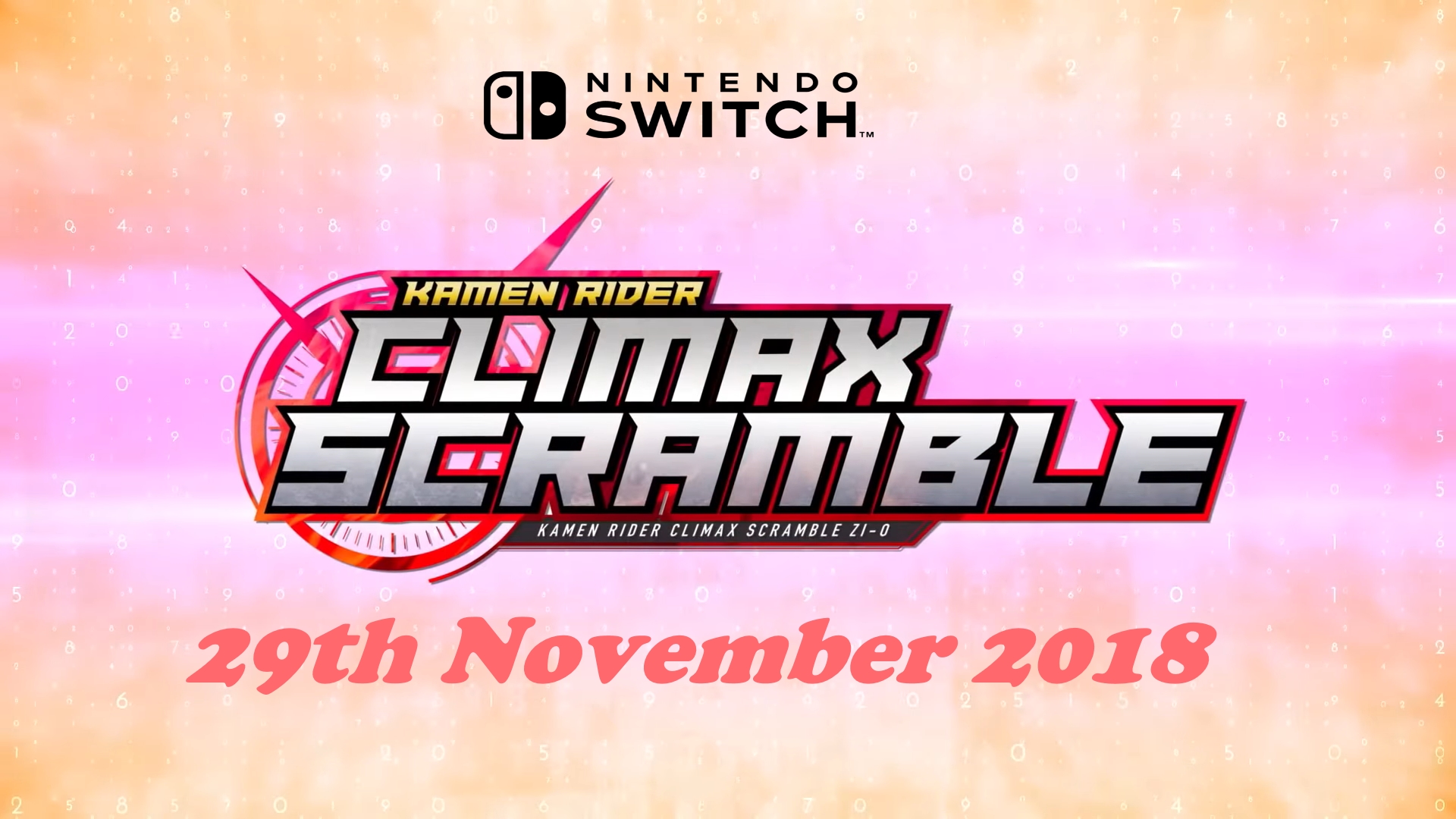 Bandai Namco has just released a trailer for KAMEN RIDER Climax Scramble, the first Kamen Rider game for Nintendo Switch which will be launching on the 29th of November 2018 in Southeast Asia!

The game is available in both handheld mode & TV mode.

up to 2 players in the handheld mode in split screen while TV mode supports up to 4 players.

The game is suitable for ALL AGES!

This game has very simple controls which allow players to combo attack & activate the Rider ARTS with just a press of a button. Not to mention, this game also supports motion control so you can simply attack with just swinging your Joy-Cons around.

Players will get to play alongside Zi-O and Geiz where you can also upgrade your stats (HP, ATK, DEF, SCR) to stand against your foes on your journey.