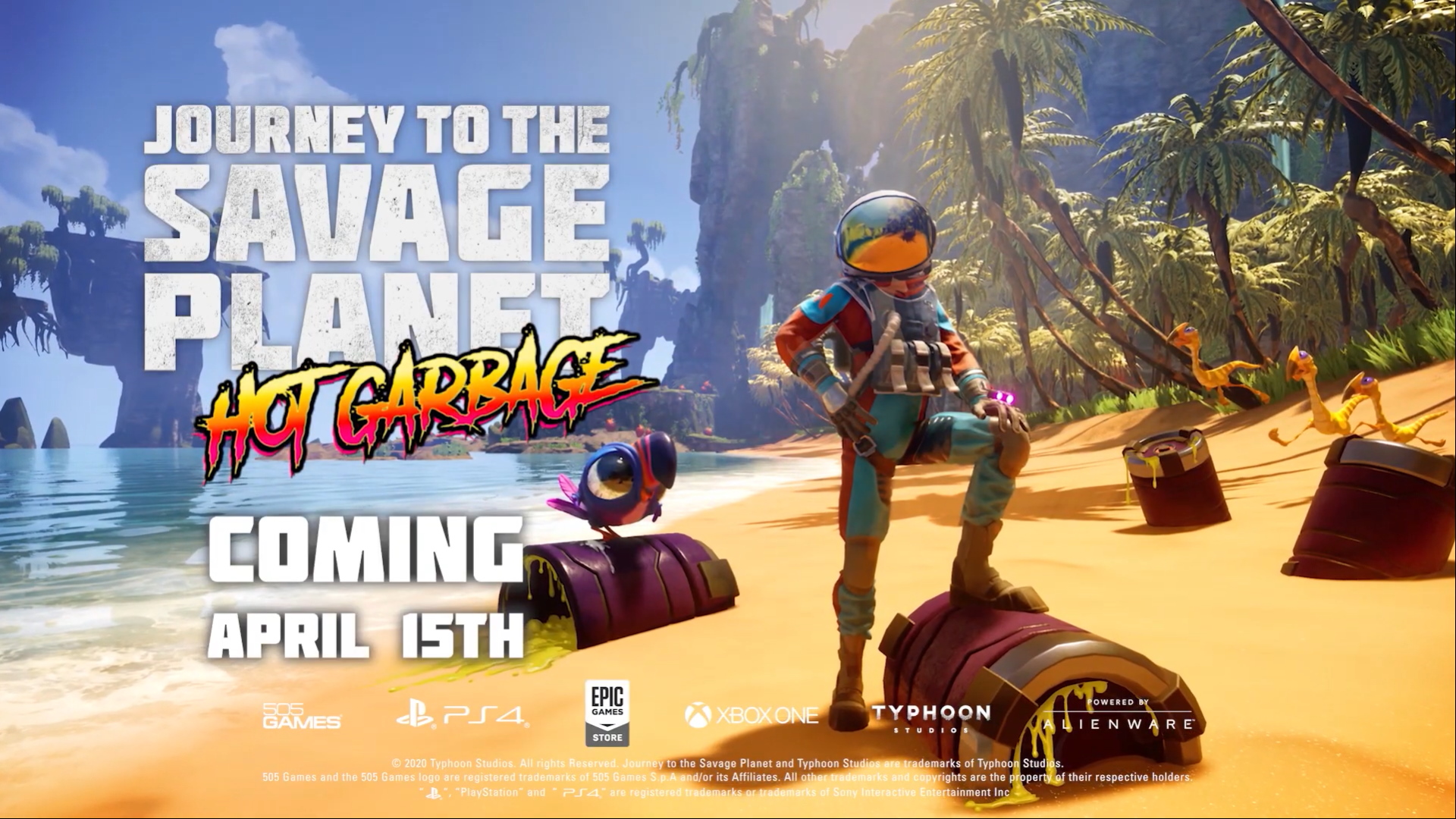 505 Games and Typhoon Studios have expanded the weird and brightly coloured world of comedic sci-fi exploration game Journey to the Savage Planet today with the reveal of the Hot Garbage expansion. Far from a heaping pile of flaming space debris, the ironically titled game expansion is making its debut April 15th on the Epic Games Store for $2.99 – $4.99 (Depending on the regions) and Xbox, as well as April 22nd on PS4!

Puts you into a new planet of DL-C1

Journey to the Savage Planet’s ‘Hot Garbage’ expansion rockets players to a new alien planet DL-C1 and tasks players with investigating reports of strange spikes in pollutants at Kindred Aerospace’s (voted 4th Best in Space) new interstellar waterfront resort. After discovering robotic representatives from Vyper Corp. (voted 2nd Best in Space) are using Kindred’s resort as a toxic waste dump, players will explore their way through more alien goo and report their findings back to corporate headquarters. Using the Kindred scanner to report their discoveries, players will unlock new upgrades to gear and abilities including lead boots for adventuring underwater, a specialized Kindred suit for traversing toxic areas, an unlimited stamina ability for endless sprinting and the power of flight (well, sort of).

Doubling down on its cast of sarcastic robotic intelligence, the ‘Hot Garbage’ expansion in Journey to the Savage Planet introduces Kronus, a trash-talking piece of Vyper Corp. property with a single mission to berate players throughout their adventure. The new area of this weird and wonderful world also brings new flora and fauna, including a goofy variation of the bird-like Puffer and a fleet of ‘harmless’ Vyper Corp. cleaning and flying security bots. After a long day of dumpster diving, return to the Javelin habitat to view a selection of new commercials for the galaxy’s hottest products and services the future has to offer.