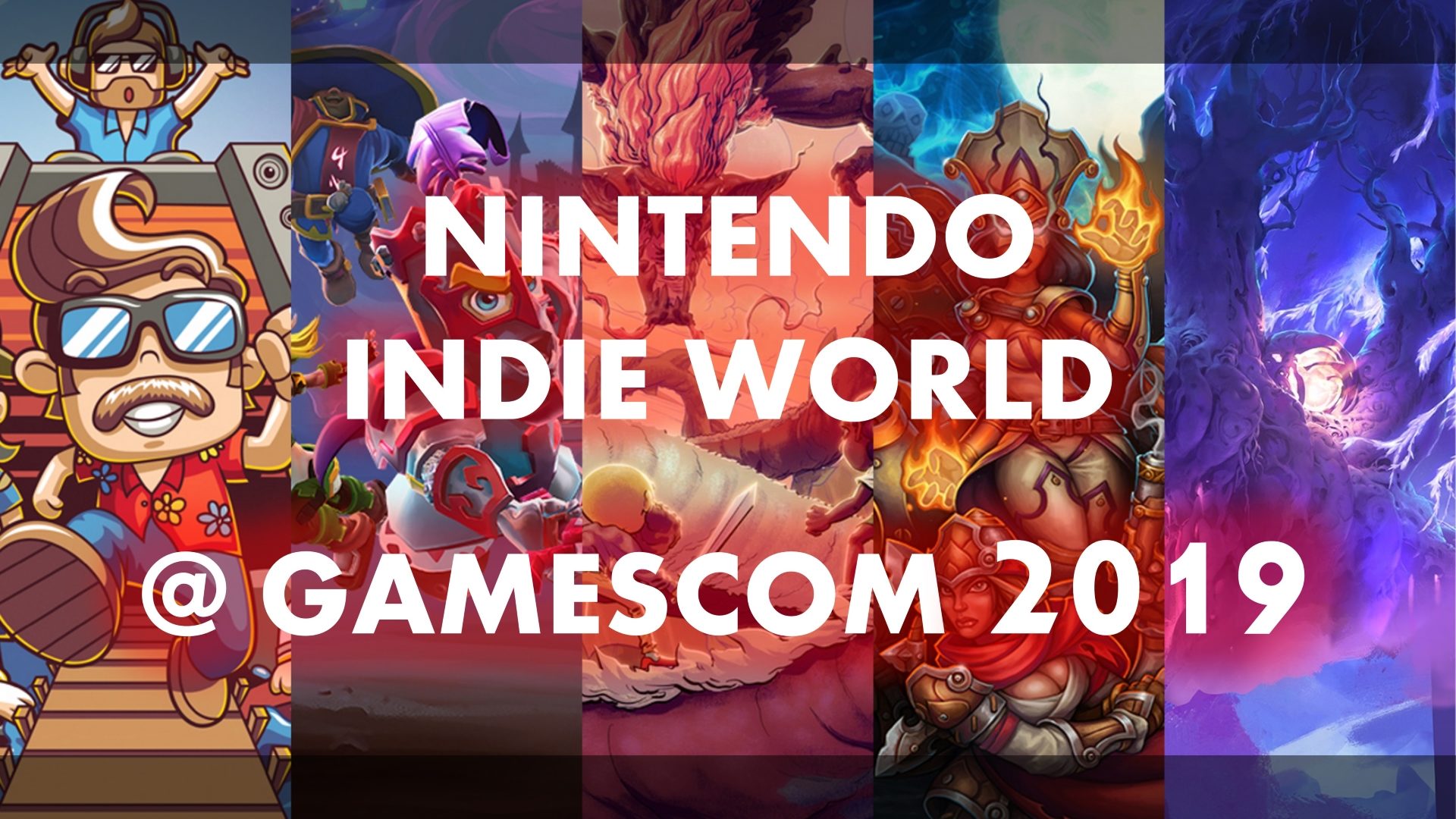 In a new-look Indie World presentation livestreamed globally today, Nintendo highlighted an exciting selection of independent games that are coming to the Nintendo Switch system soon, thanks to the passionate efforts of indie developers around the world who have found a home with Nintendo.

The innovative first-person shooter SUPERHOT and Hotline Miami Collection, which features both games from the high-octane Hotline Miami series, are available to purchase on Nintendo eShop today. The online multiplayer roguelike Risk of Rain 2, from Gearbox Publishing, was revealed as coming to Nintendo Switch this summer, while strategy- and mythology-inspired Northguard from Shiro Games, and pinball-inspired dungeon crawler Creature in the Well from Flight School Studio, are available today for pre-purchase. Furthermore, the critically acclaimed action-platformer Ori and the Blind Forest will be coming to Nintendo Switch on Sept. 27 as Ori and the Blind Forest: Definitive Edition.

“Since the system’s launch in 2017, Nintendo Switch has become a go-to platform for indie developers,” said Kirk Scott, Nintendo of America’s Indie Partner Manager of Publisher and Developer Relations. “With the diverse lineup of upcoming indie content showcased today, Nintendo Switch owners can look forward to expanding their digital libraries even further with a variety of quality indie games to play at home or on the go.” A full list of games featured in today’s Indie World video include: 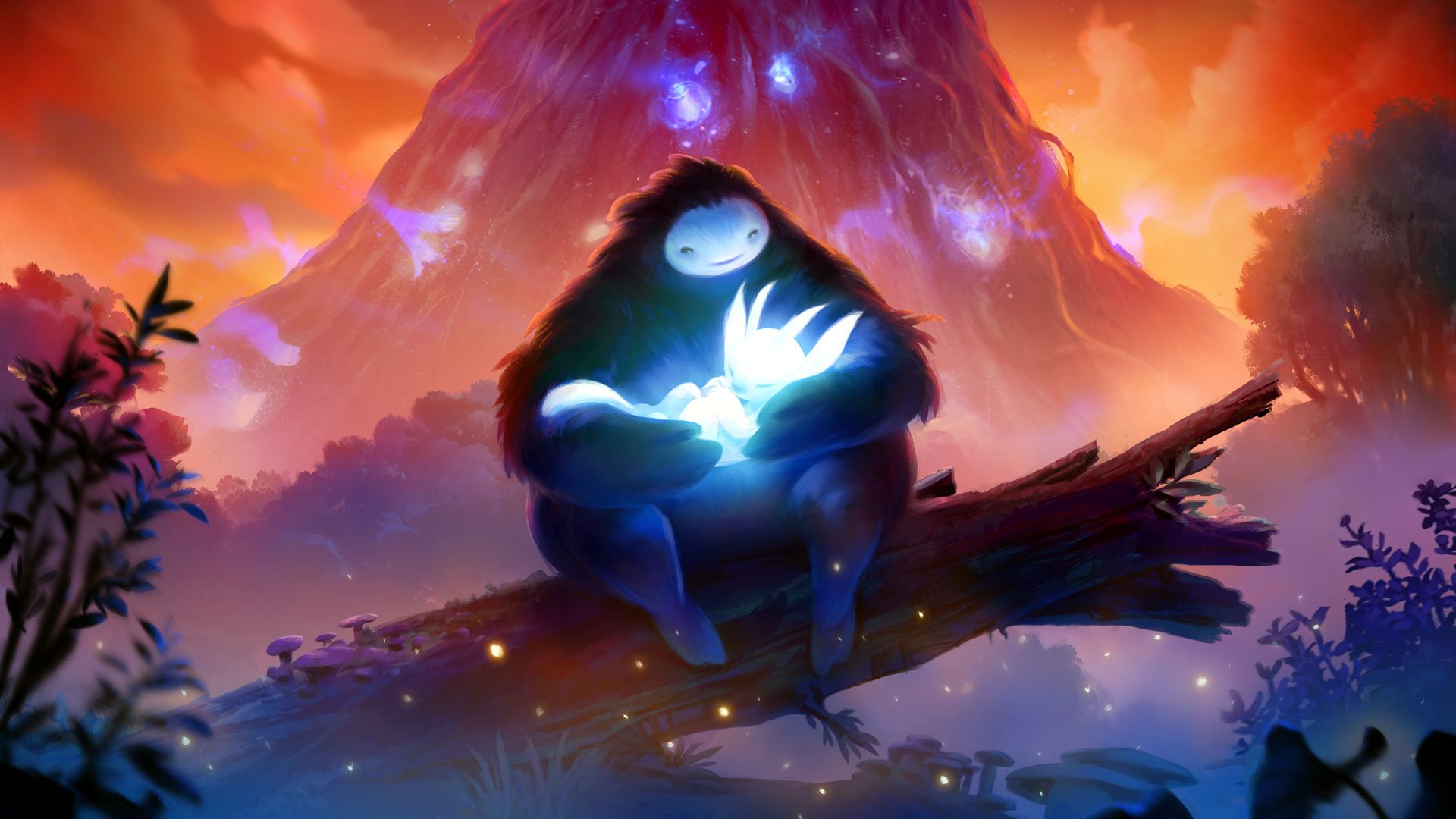 Explore the mysterious and beautiful forest of Nibel in the visually stunning action-platformer Ori and the Blind Forest: Definitive Edition, developed by Moon Studios and published by Xbox Game Studios. Winner of multiple prestigious awards, the game tells the tale of a young orphan destined for heroics, and features hand-painted artwork, meticulously animated character performances and a fully orchestrated score. The Definitive Edition is scheduled to launch on Nintendo Switch on Sept. 27, and will also include numerous new features. 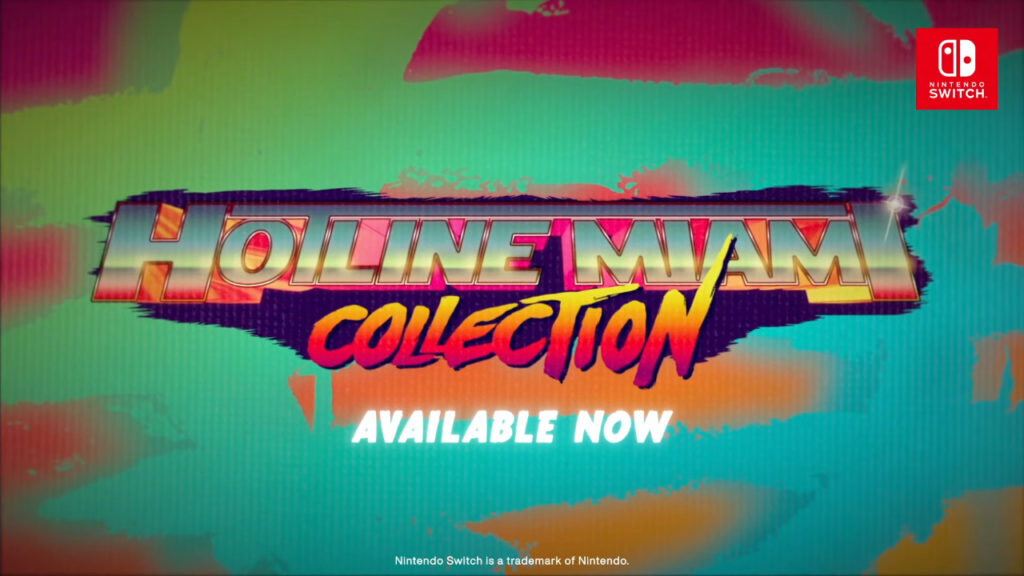 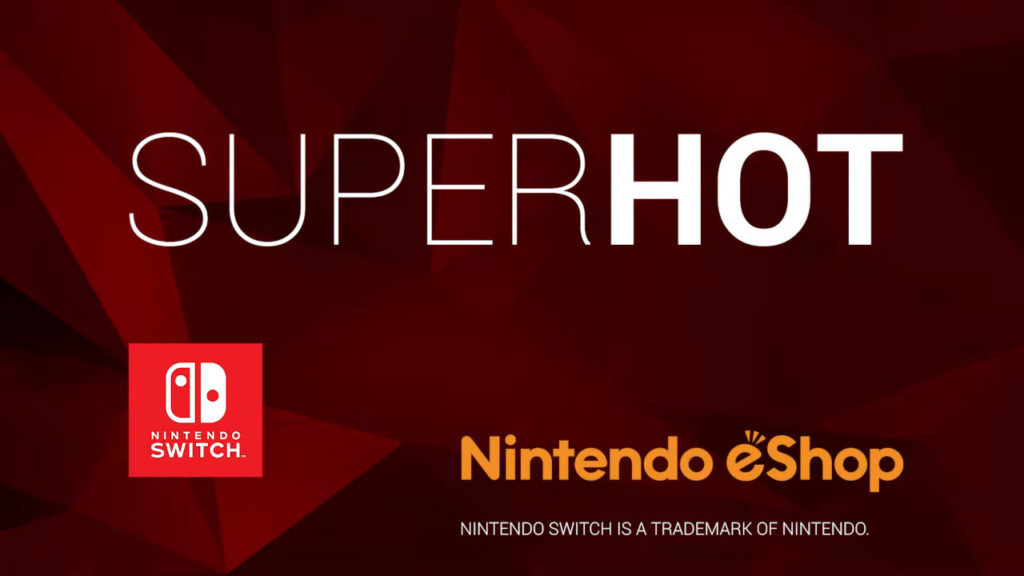 Blurring the lines between cautious strategy and unbridled mayhem, SUPERHOT from SUPERHOT Team is an innovative and stylish first-person shooter in which time only moves when the player moves. With no regenerating health bars or conveniently placed ammo drops, players must shoot, slice and maneuver their way through a hurricane of slow-motion bullets. SUPERHOT is available today for Nintendo Switch. 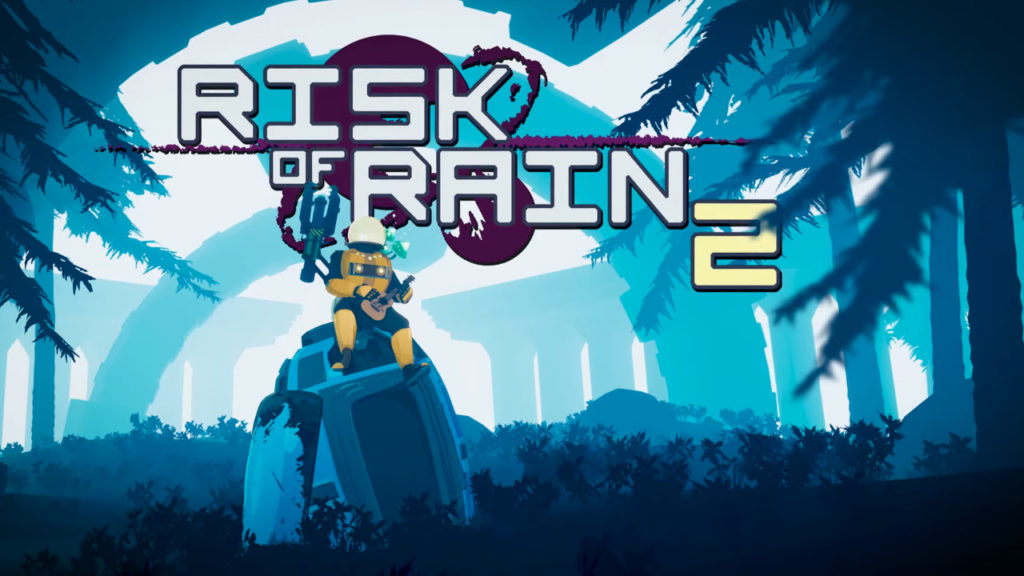 Risk of Rain 2, developed by Hopoo Games and published by Gearbox Publishing, is the sequel to classic multiplayer roguelike Risk of Rain, adding an extra dimension and more challenging action. Players can take on the game solo, or team up with friends to fight their way through hordes of monsters, unlock new loot and find a way to escape the planet. Risk of Rain 2 launches for Nintendo Switch this summer. 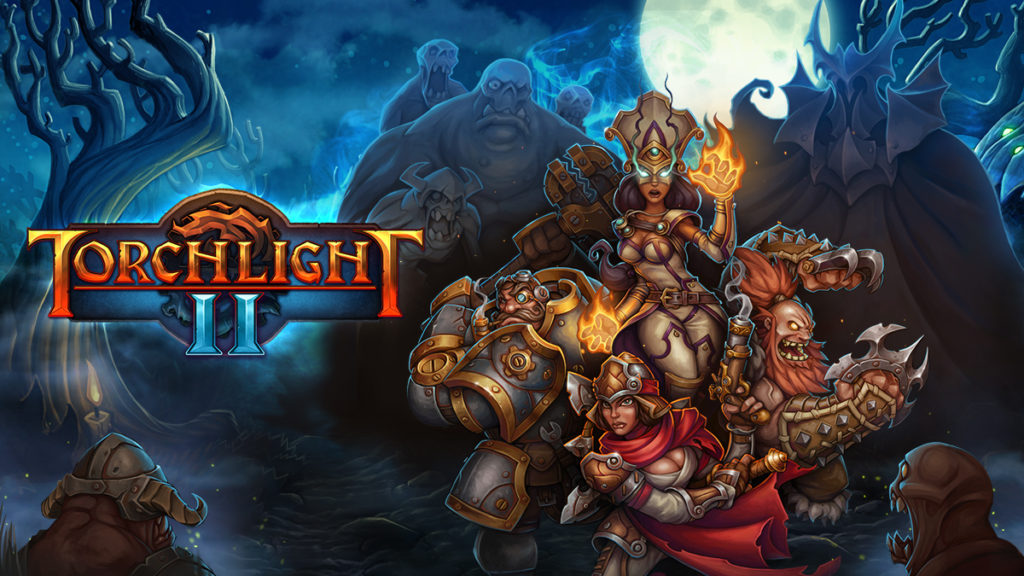 Torchlight II, developed by Panic Button/Runic Games and published by Perfect World Entertainment, is an award-winning action RPG launching soon for Nintendo Switch. The game offers solo adventuring or online* multiplayer for up to four players, with a huge world to explore full of bloodthirsty monsters, bountiful treasures and sinister secrets. The Nintendo Switch version includes an exclusive in-game pet in the form of a chubby pink unicorn. Discover a beautifully detailed post-apocalyptic world in Eastward, an adventure game with RPG elements from developers Pixpil and publishers Chucklefish. In a near-future society on the brink of collapse, a hardworking miner called John discovers a young girl named Sam in a secret underground facility. This unlikely pair will embark on an emotional journey across a wonderfully weird world, exploring bustling towns, curious campsites and shady forests. Eastward is scheduled to arrive on Nintendo Switch in early 2020. Freedom Finger from Wide Right Interactive is a music-driven, side-scrolling shooter that sends players blasting, punching and smashing their way across 37 levels of crazy cartoon action. Shoot ’em up, punch ’em and smash ’em up when Freedom Finger launches fully uncensored for Nintendo Switch on Sept. 27. Make the trip you always wanted in action-adventure game The Touryst from Shin’en. Players will have the chance to discover exotic islands, explore ancient monuments, climb into deep mines and uncover secret passageways. The Touryst is set to launch for Nintendo Switch in November. Skellboy, from developers Umaiki Games and publishers Fabraz, is an action-RPG in which players can swap out not only their weapons and equipment, but their body parts too! As an accidentally resurrected hero from ancient times, players will set out on an epic journey across a vibrant fantasy world, set to a background of rocking chiptune tracks. Skellboy hacks and slashes its way onto Nintendo Switch on Dec. 3. 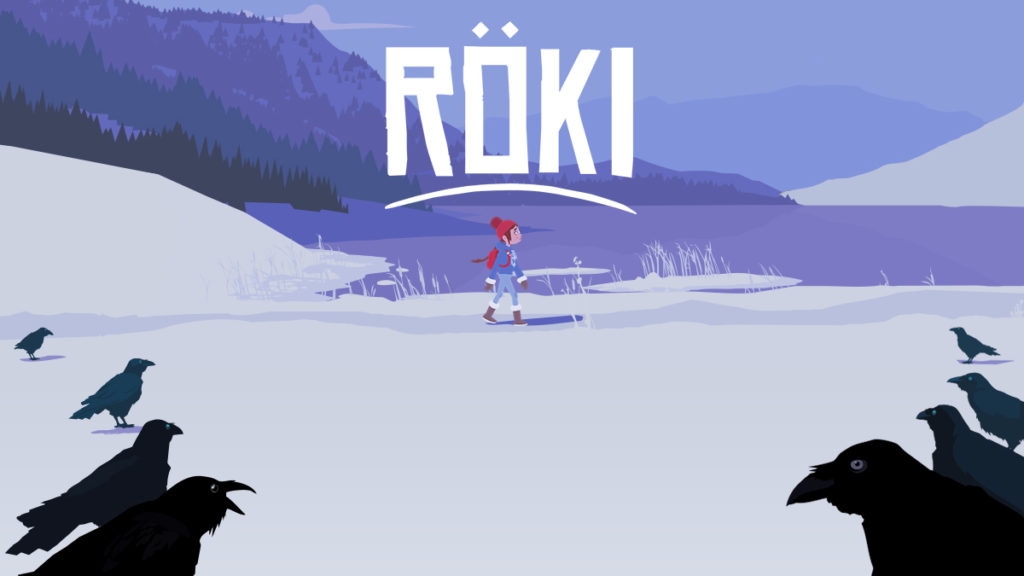 Developed by Polygon Treehouse and published by United Label, Röki is an adventure game inspired by Scandinavian folklore – a dark contemporary fairy tale underpinned by a touching narrative, alluring art style, ancient puzzles and atmospheric exploration. With its nonviolent gameplay, approachable controls and universal themes, Röki is coming to Nintendo Switch this winter. 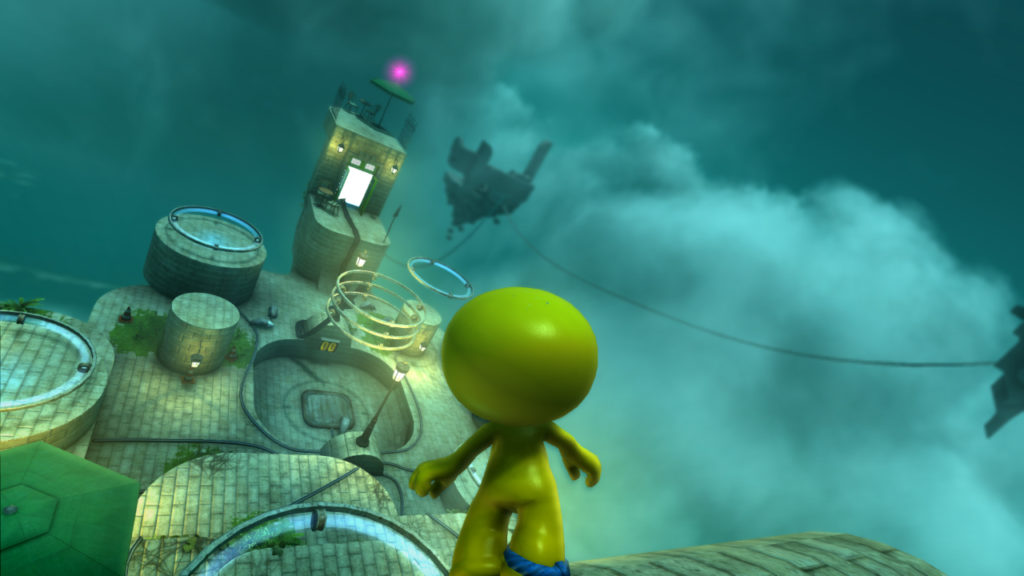 Developed and published by frecle, Youropa is a gravity-defying puzzle-platform paint adventure about breaking rules, being upside down and thinking outside the box. With physical puzzles, riddles, ferocious enemies, environmental hazards and more, Youropa is a mind-bending adventure that will challenge players’ perception of the third dimension. Youropa will come to Nintendo Switch in 2019. EarthNight from Cleaversoft is a beautifully hand-illustrated 2D platformer about the dragon apocalypse, and a love letter to classic arcade games. Humans have been exiled to space, dragons have taken over the Earth and it’s up to a 14-year-old schoolkid and a freelance photographer to stop them. EarthNight launches on Nintendo Switch in 2019. 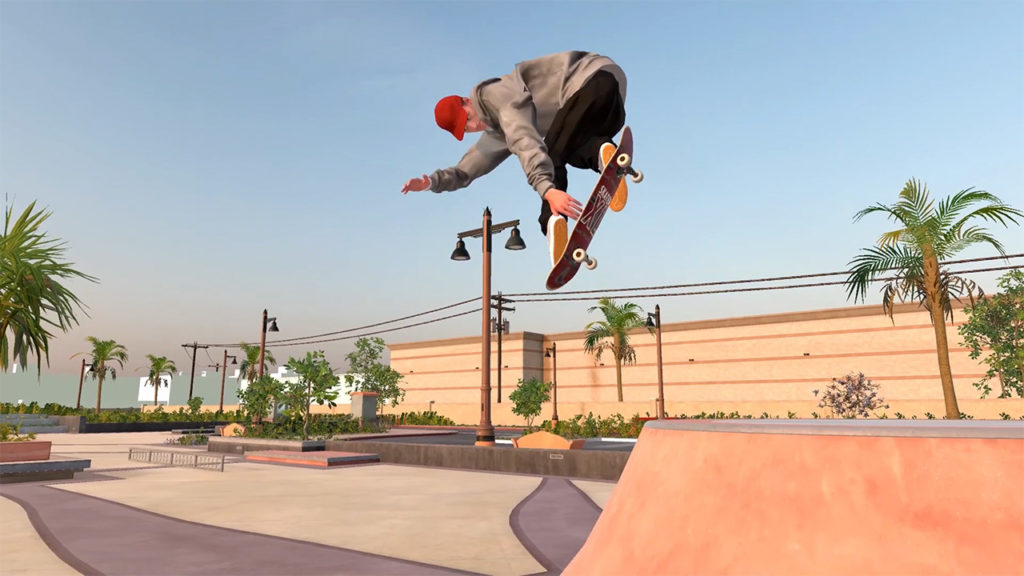 From Easy Day Studios Pty Ltd, Skater XL is the next evolution in skateboarding video games that brings the fun, creativity and culture of skateboarding to the digital world. Created by a team of passionate skateboarders, Skater XL allows players to add style and expression to their tricks without the limits of pre-made animations. Skater XL comes to Nintendo Switch in 2020.

Players can look forward to even more great indie games coming to Nintendo Switch in the near future, including:

Whether players are discovering the extensive catalog of indie games on Nintendo Switch for the first time, or are experienced gamers wondering what to play next, they can view the video showcase and find a full listing of the titles at https://live.nintendo.com/.

Facebook
Twitter
WhatsApp
ReddIt
Tumblr
Telegram
LINE
Previous articleMultiplayer Space Shooter, Boundary, Coming to PS4 and PC in Q1 2020.
Next articleReach for the sky! – Red Wings: Aces of the Sky Will be Coming to Consoles and PC Next Year.

Creature in the Well Comes to the PS4 this March 31st

Pinbrawler Creature in The Well is Available Now on Xbox One, Nintendo Switch and Steam.

Flight School Studio have released their unique pinball hack and slash Creature in the Well on Nintendo Switch, Xbox One and PC via Steam....
Read more
News

Ori and the Blind Forest: Definitive Edition is falling into Switch

Embrace beauty in the form of Ori and the Blind Forest has been announced in Gamescom 2019 under Nintendo's Indie World showcase by developer...
Read more