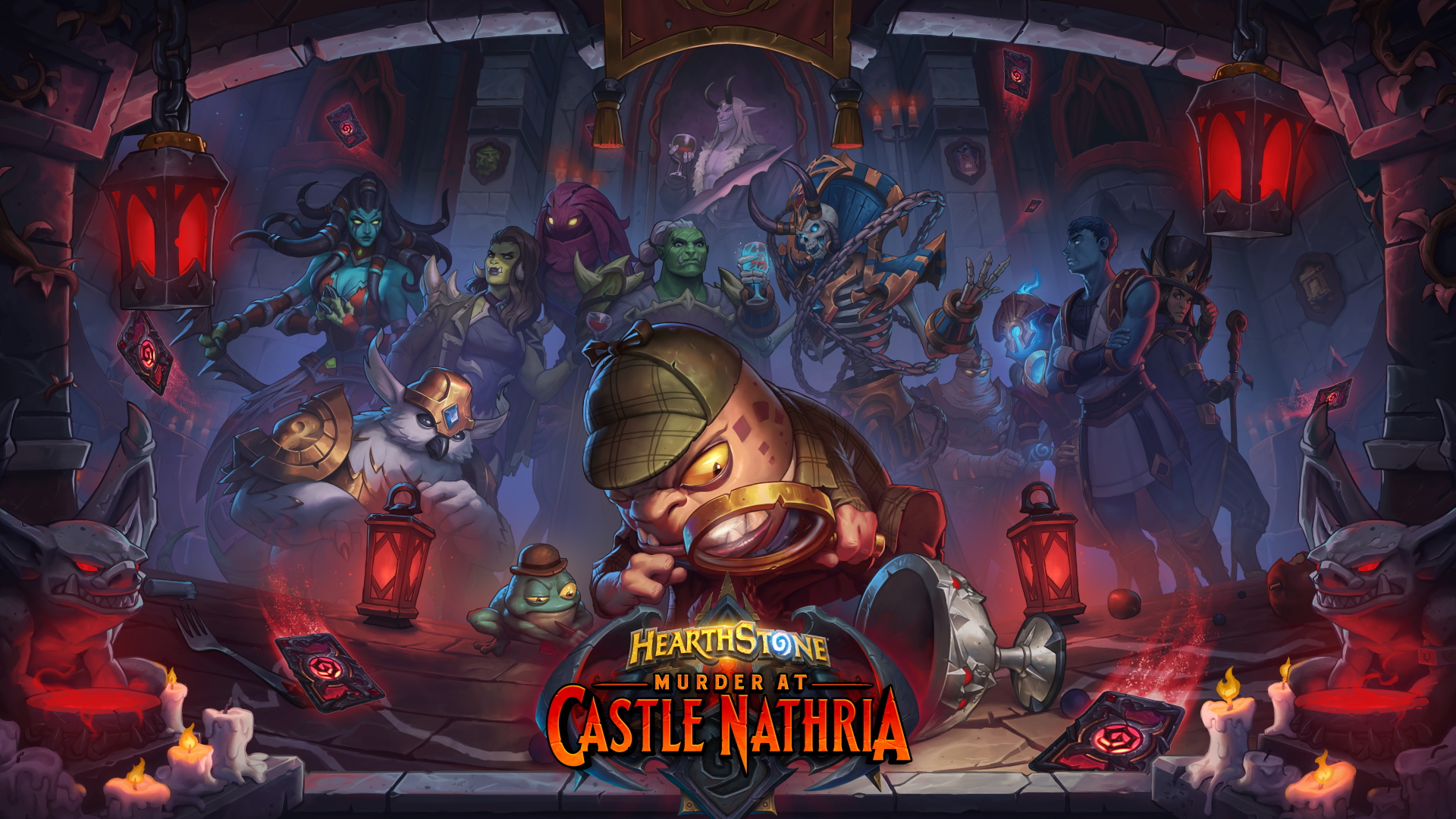 The latest Hearthstone expansion, Murder At Castle Nathria will be available this August 3rd. The expansion will introduce 135 new cards including Legendary Suspects, a new location card type, and a new keyword – Infuse.

Players will be embroiled in the murky mystery of poor Sire Denathrius, who was murdered at his own dinner party.

For the first time ever, specific locations are now represented in-game! Locations are a temporary addition to your board, playable just like minions, only as advantageous buffs instead.

Drop them onto the board and activate their effects wisely, keeping a careful watch on the one-turn cooldown and diminishing durability to execute your strategy. Locations are a permanent addition to Hearthstone.

Anima, the soul currency of the Shadowlands, is here to Infuse your gameplay. Cards with this keyword will drink in the lost anima when a friendly minion dies and transform into mightier versions of themselves. Hold these cards in your hand until they’re fully infused—a transformation signified by completely new artwork.

Get curious about ten new Legendary suspects! With one minion per class, there won’t be any shortage of potential motives to unearth. Additionally, every player will be awarded Prince Renathal upon login, a neutral Legendary who will give your hero ten more health and adds ten more cards to your deck*.

Stay tuned for card reveals here. The latest Hearthstone expansion, Murder at Castle Nathria will be available this August 3rd.

* Limited one per account. After Patch 24.6, Prince Renathal will be granted upon opening your first Murder at Castle Nathria card pack instead of upon logging in.

Hearthstone Announces March Of The Lich King Expansion, Along With A New Class: Death Knight!