Hearthstone Announces March Of The Lich King Expansion, Along With A New Class: Death Knight!

Frostmourne hungers… Hearthstone introduces the new Death Knight class alongside the last expansion of the year, March of the Lich King! Follow Arthas Menethil’s journey as he becomes the iconic Warcraft villain, the Lich King, through the Death Knight prologue. With 203 brand new cards, including the new Death Knight class, new Undead minion type, and new Manathirst keyword, players have access to the most varied gameplay and deckbuilding in Hearthstone yet.

The Death Knight is a new permanent addition to Hearthstone, coming with March of the Lich King. Death Knights command the Undead with their new hero power: Ghoul Charge. For two mana, summon a 1/1 Ghoul with Charge that dies at the end of your turn! That Ghoul does double-duty, because Death Knights gain a Corpse whenever a friendly minion dies. They can then spend those Corpses to power up their cards! 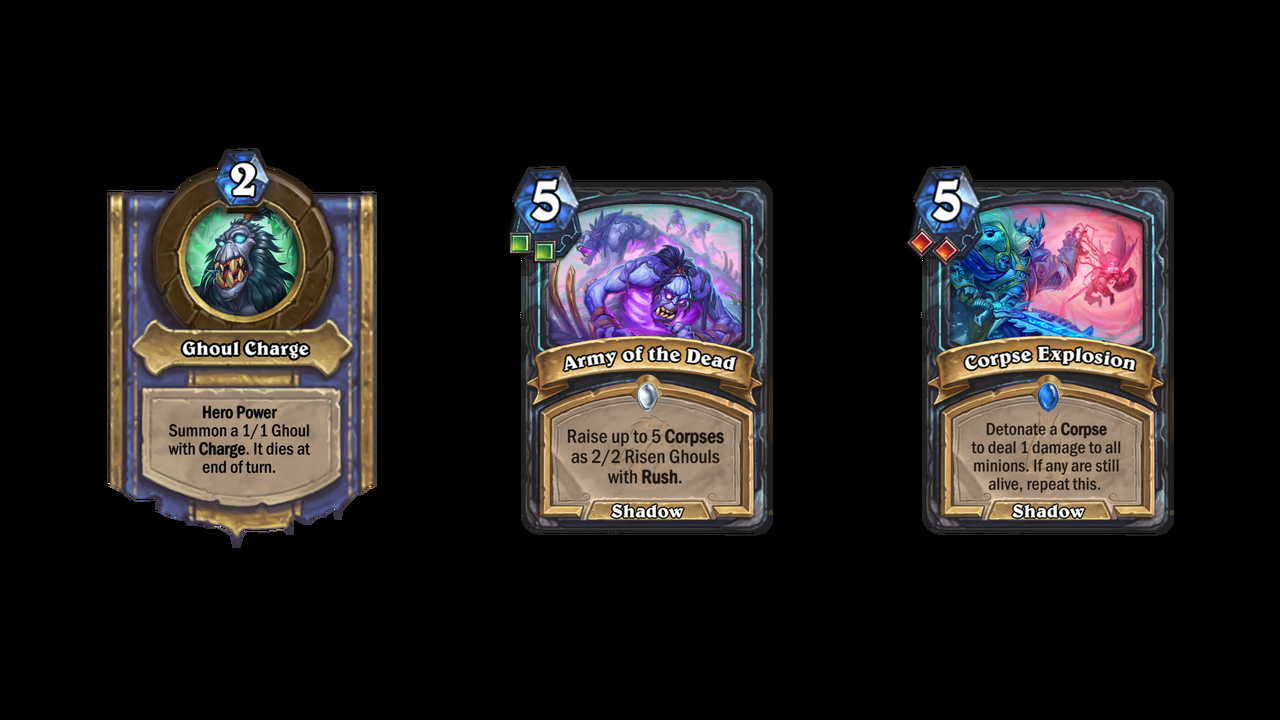 Death Knight is a powerful, flexible class, powered by three Runes: Blood, Frost, and Unholy. The Death Knight’s chosen devotion to those Runes determines which cards the Death Knight can put in their deck. You can learn all the details about this new class effects and special deckbuilding rules in the dedicated Death Knight introduction article.

The Lich King commands the Undead Scourge, and these unholy masses will be Hearthstone’s next new minion type: Undead! In March of the Lich King, Undead minions will appear in Neutral and in the classes that have aligned with the Lich King. Many cards synergize with Undead, triggering bonus effects “if a friendly Undead died after your last turn,” meaning either on your opponent’s last turn, or earlier on your current turn. 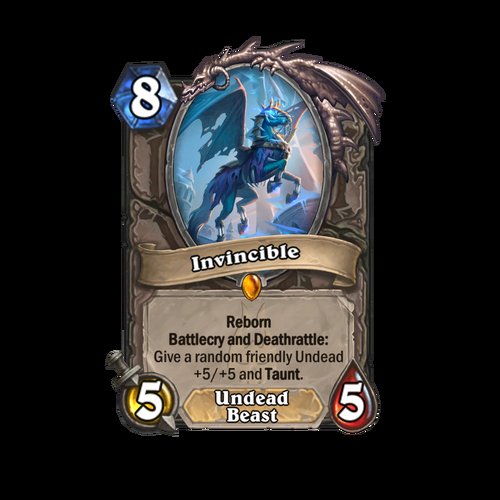 In March of the Lich King, some minions will have two minion types! For Undead minions, this might be a second type to represent what they were before they became Undead. These will be retroactive additions, with both Undead and second minion types being added to many older minions as well as those in this expansion.

Some Undead have Reborn, a returning keyword mechanic that will now be a regular part of the game going forward. The first time a Reborn minion dies, it is resummoned with 1 Health remaining—the perfect keyword for representing pesky Undead minions, and for pumping up your Corpse counter! 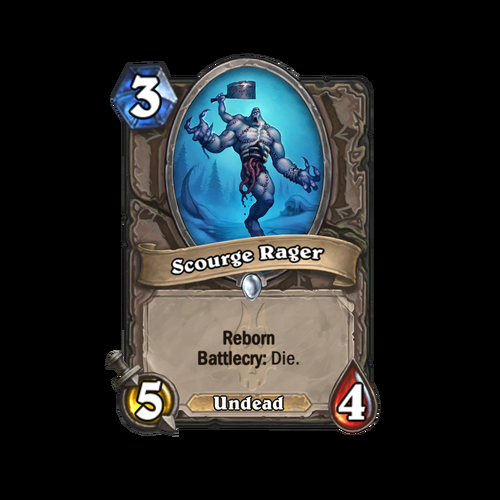 The Blood Elves draw more power from the Sunwell the longer they hold off the Scourge advance. Cards with Manathirst get more powerful once you reach a specified amount of mana. You don’t have to spend that mana to power up the cards, you just need access to it. 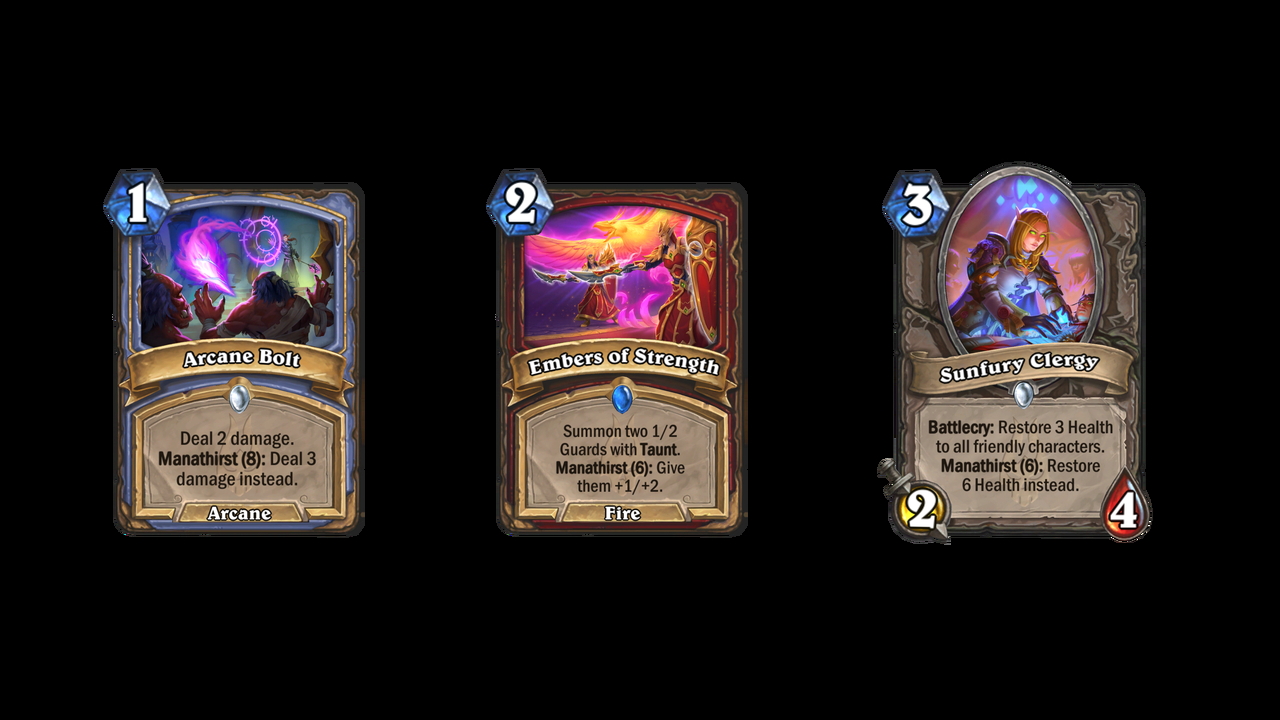 The Blood Elves aren’t the only ones able to draw power from The Sunwell. Log in to Hearthstone to start preparing for the March of the Lich King with your complimentary The Sunwell Legendary spell!* The Sunwell is Hearthstone’s first collectible Neutral spell. Though there are those who struggle to control its power, The Sunwell’s wild magic can offer you anything your heart desires. Add it to your collection and see what The Sunwell has in store for you!

Signature is a new cosmetic quality that cards can have (like Golden or Diamond), with stylized full-art images, starting in Patch 25.0. For March of the Lich King, the Signature cards will all feature an icy sepia style, evoking the Lich King’s powers over Frost and the Undead. The art style of Signature cards within each expansion will match their respective expansion’s style and the card frame for future Signature cards might also change from time to time. That means Signature cards from future sets will look different from these ones, to evoke different tones and styles.

Pre-Purchase March of the Lich King 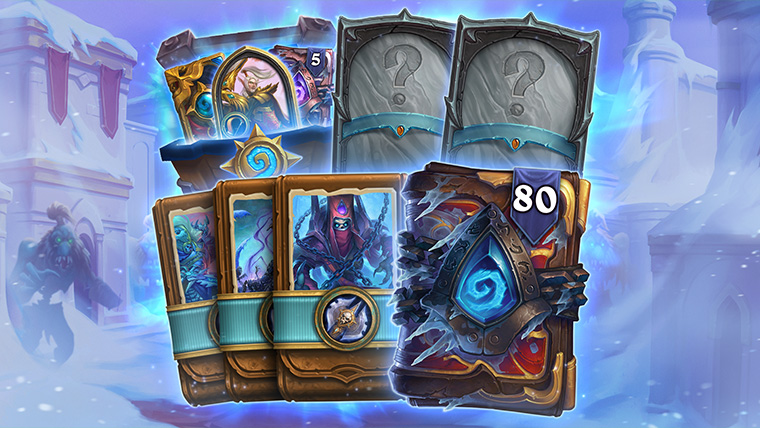 This time, for the first time ever, both March of the Lich King pre-purchase bundles will also be available for one week following the launch of the expansion! You can get them now to start rocking your new card back right away or get them after the expansion goes live—whatever works best for you.