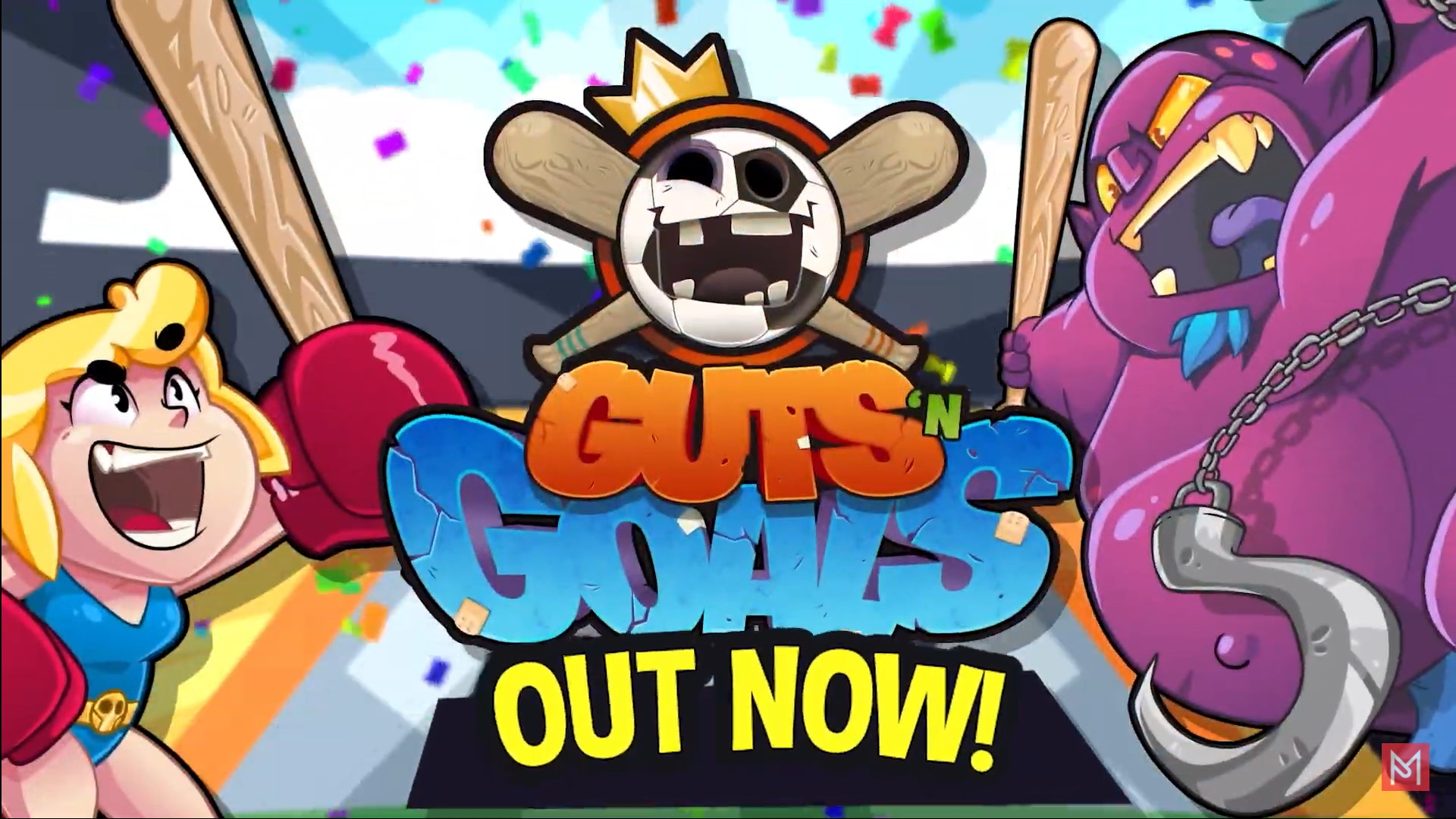 PM Studios is bringing the release of Guts ‘N Goals on PC, Xbox One, Xbox Series X|S, PlayStation 4, PlayStation 5 and Nintendo Switch. Players can get started immediately for $14.99 via their favourite online platform shop or through a variety of online retailers. European versions of the game are set for a September 2nd release.

Guts ‘N Goals aims to send players on a raucous arcade-style soccer match where the goal is to literally beat up friends along the way. Everyone takes to the field with a bat in hand that is used to strike the ball… or other players… in a smack-tastic fight to score as many goals as possible before the game is over. And if you escape with your life, consider yourself lucky! Each of the over 30 heroes has a unique ability that can drastically change the tide of a match. You can use these abilities to temporarily KO your opponent, giving you an opportunity to score. Guts ‘N Goals can be played single-player and local couch co-op (and later online multiplayer for consoles). 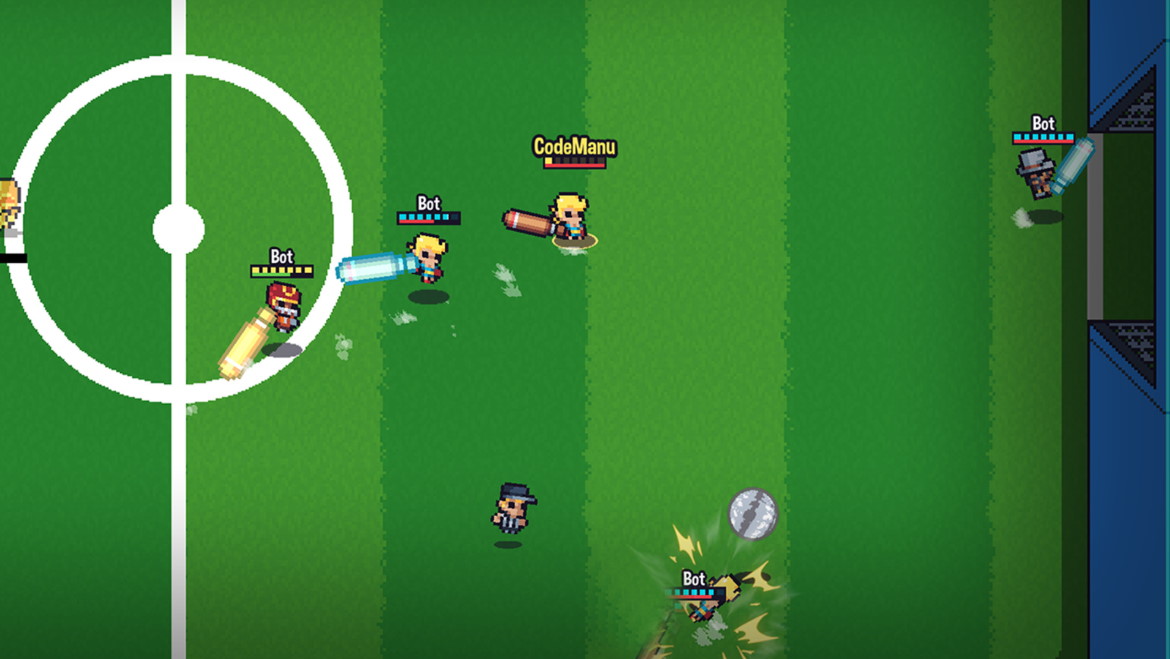 Grand Prix mode is a single-player mode where the player has to go through 8 stages and a final match, each stage can be a soccer match, a minigame, or a bonus stage to earn crowns (the in-game currency) so you can spend them on quite anything you’d like with a rotating endless supply of goods, the final match is a soccer match with one of the enemies being more powerful. Playing the Grand Prix with a character unlocks a special skin for that character. 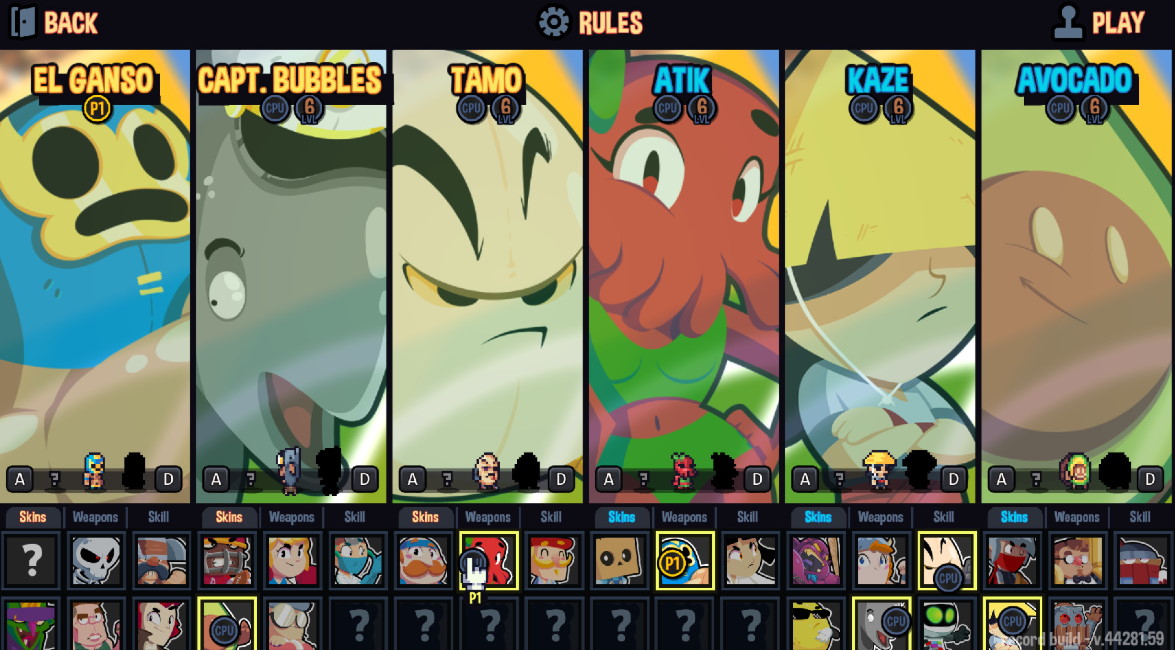 The Challenges Mode contains 32 challenges that unlock content. Challenges are games with special conditions and can be a 2 vs 3, a duel between two characters, and stuff like that. Challenges themselves are unlocked by unlocking the character that is used in that challenge.

Ah, then there’s MVP mode, which unlocks after completing Grand Prix, soooo, we’ll keep that a secret and let you figure it out.

Different ways to play – Each stadium has a unique way to play a game of soccer. Hide in the bushes, avoid a river or watch your step on an ice field.

Keeping you on your toes – During each game, random mutators will change the way you play. Mutators can change everything from the ball you’re hitting to the entire game design in a matter of seconds.

There are no penalty cards – Each of the over 30 heroes has a unique ability that can drastically change the tide of a match. You can use these abilities to temporarily KO your opponent, giving you an opportunity to score.

Play your way – Guts ‘N Goals can be played both online and offline, singleplayer, co-op, multiplayer, and local couch co-op. Enjoy this hilarious take on Soccer however you like!

Incredible Mandy makes its debut on the PlayStation 4