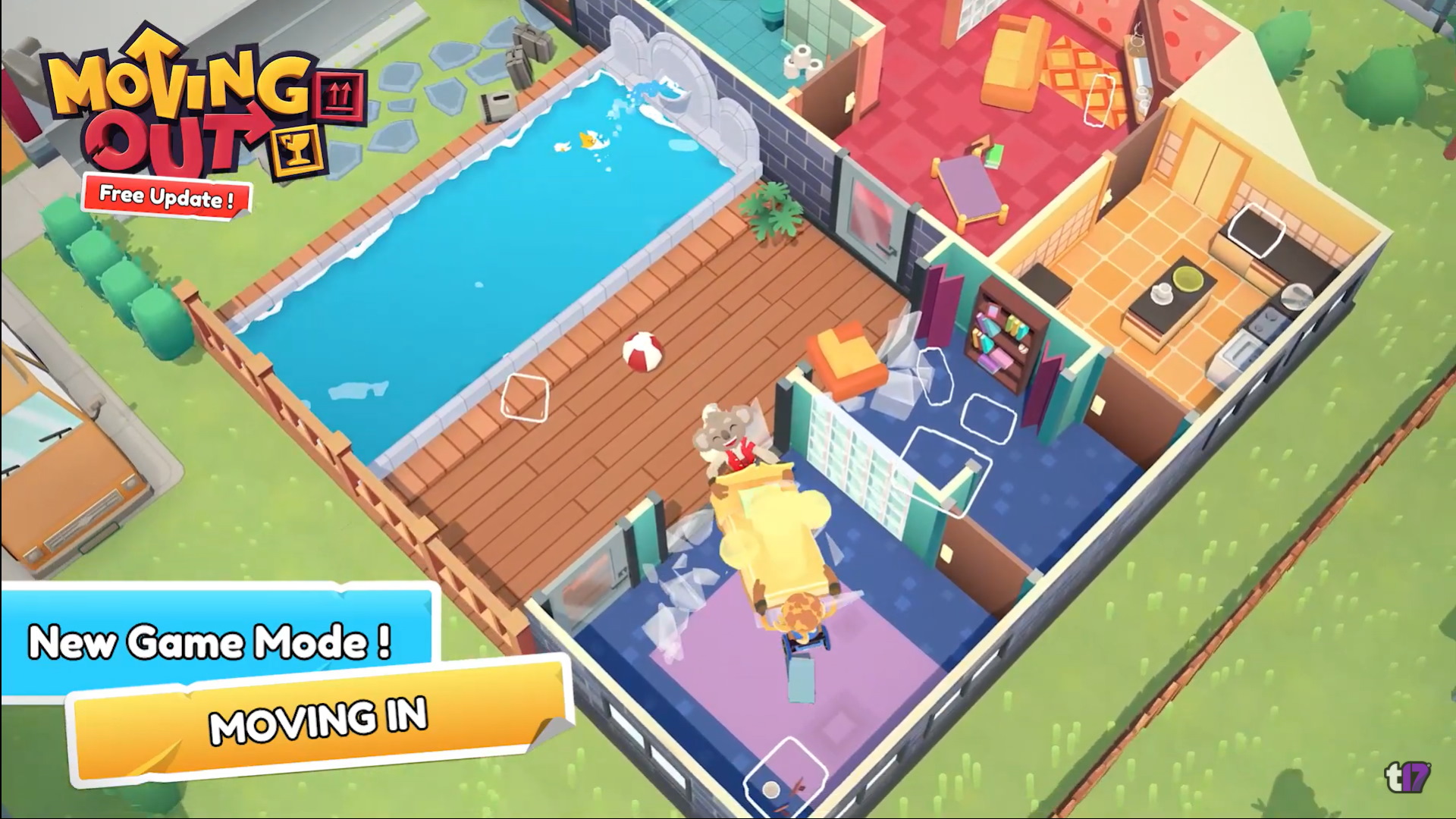 Team17, DevM Games, and SMG Studio have announced the release of the free ‘Moving In’ update to the multi-award-winning co-op game, Moving Out. The new content, which is arriving soon on consoles and PC for free, turns the game on its head and answers the ultimate question: What happens to the stuff players throw into the removals van?.

Set in the world of Packmore, Moving Out’s chaotic, local multiplayer gameplay sees up to four players work together as Furniture Arrangement and Relocation Technicians (F.A.R.Ts) to move furniture efficiently and creatively from condos, offices, mansions, and more, in the fastest time possible. The ‘Moving In’ update is available in 12 of the game’s original levels and gives players the new task of unpacking the van and placing items into their new homes; it also adds a new ‘auto snap’ option to the assist mode to help players position items exactly where they’re needed.

The update also adds the option for players to customize their character’s shirts, and debuts two brand-new dance moves – The Prospector and Loveshack!

The game is available now on PlayStation 4, Xbox One, Switch, and PC