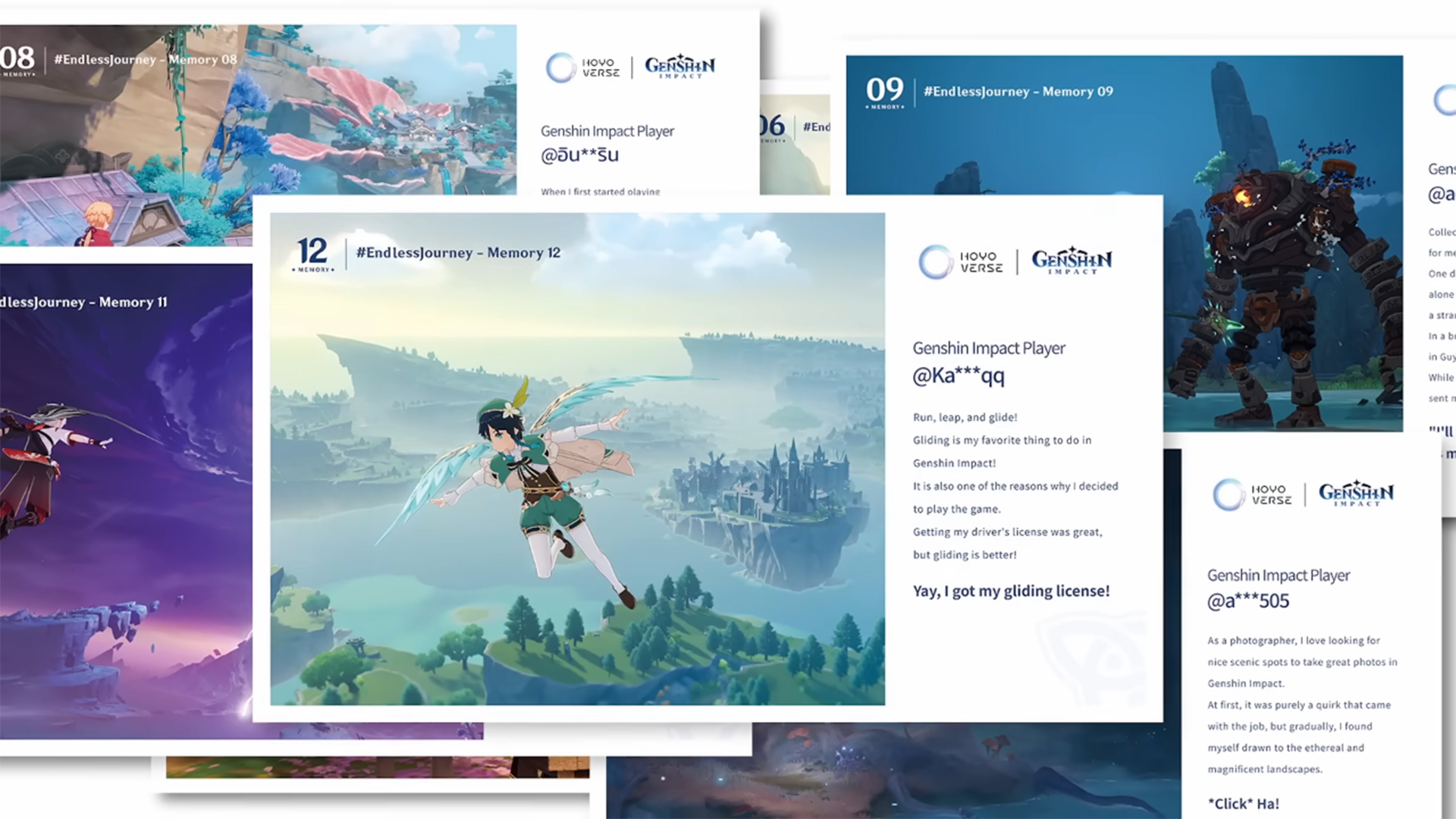 HoYoverse has released a new Genshin Impact player story documentary in celebration to commemorate the two years of memorable moments with fans and players for the past two years. The 5-minute video walks viewers through memorable encounters inside and outside the game with a collection of player stories and event footage.

Over 150,000 unforgettable Genshin Impact stories have been shared in less than a month inside the HoYoLab gaming community forum. Using the #EndlessJourney tag, players have submitted various stories as they adventure through Teyvat during the Player Stories Submission Event. Among the many player stories collected during the past two years, some have been adapted and featured in the latest documentary, while others were featured in landmark locations and outdoor banners across various regions and languages.

The documentary also recalls a series of offline events from the previous year to honour thein-person connections with fans and players. Illuminated in-game Teleport Waypoints can also be found at the top of the Alps, on busy streets and shopping centres, and in different corners of the world. More exciting moments were shared at the Han River Festival as well as various exhibitions. Genshin Impact will continue to meet fans and players from all over the world through unique events to honour the friendships and bonds forged with the Genshin Impact community.