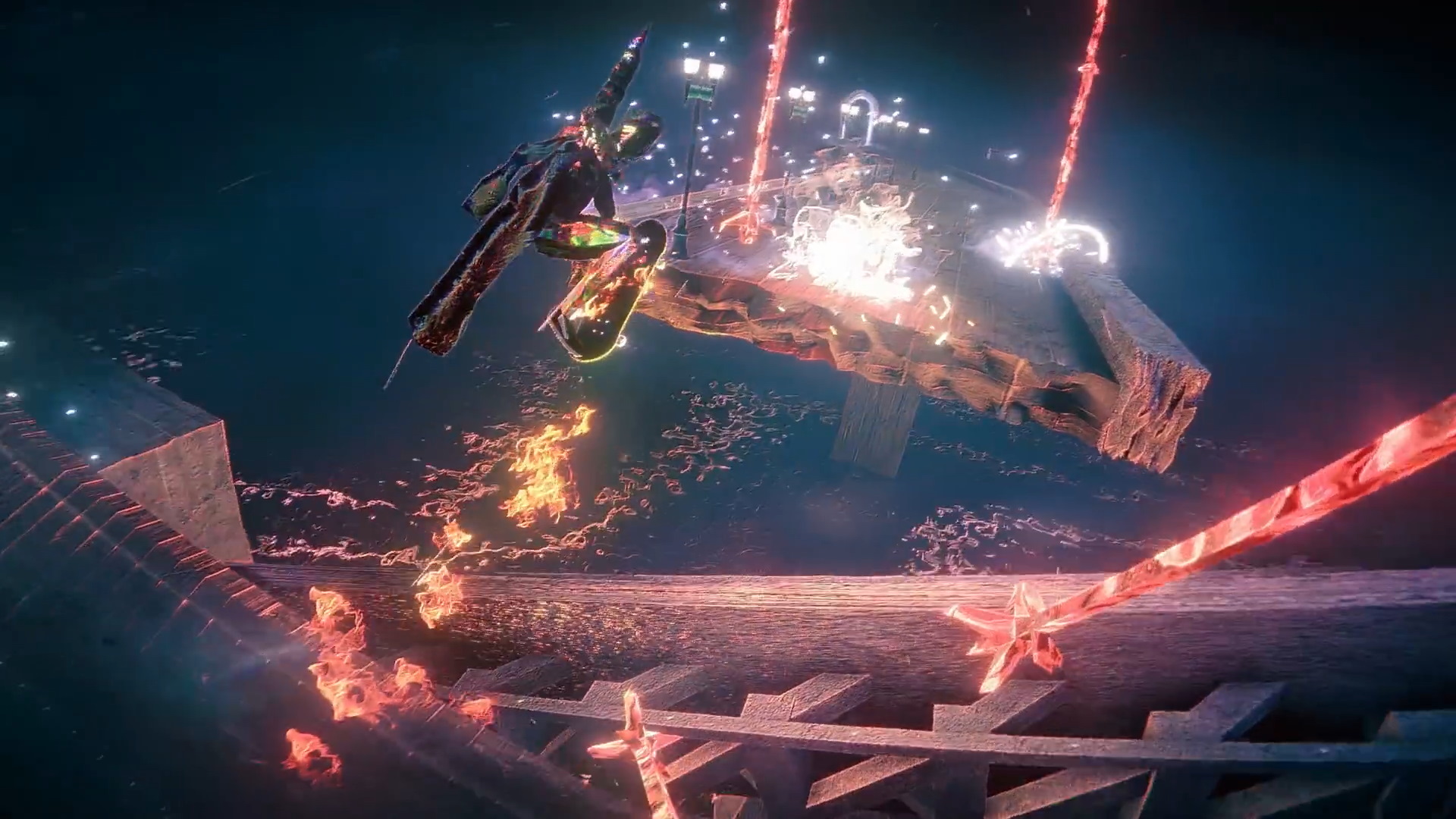 Devolver Digital’s annual press conference took a backseat to the pre-show this year – a hype-filled 30-minute countdown to an industry-shattering singularity that leaves the world wondering how in the hell digital marketing showcases will ever be the same again.

There were also some game announcements. Cult of the Lamb is launching on August 11th, and there’s a demo on Steam. Anger Foot has a demo on Steam, too. Skate Story and The Plucky Squire don’t have demos, but they do have slick trailers that you can watch again and again. Did you know that Card Shark is also available now on Steam and Nintendo Switch?

Check a look below for more information on the hottest video game lineup since the Sega Saturn, or head directly to the link.

Anger Foot is a lightning-fast hard bass blast of kicking doors and kicking ass. Crash through the caffeine-fuelled fever dream of Shit City, putting the boot to a menacing menagerie of merciless gangsters. Unleash the world’s deadliest feet on a colorful cast of anthropomorphic enemies. Clearing out slums, sewers, and skyscrapers as you grab new weapons, unlock new sneakers, and upgrade your powers in absurd and wonderful ways. Kick and shoot your way to the exit as you leave behind a smoldering trail of shattered doors, broken bones, and crumpled energy drinks.

The Plucky Squire follows the magical adventures of Jot and his friends – storybook characters who discover a three-dimensional world outside the pages of their book. When the malevolent Humgrump realizes he’s the villain of the book – destined to lose his battle against the forces of good for all eternity – he kicks the heroic Jot out of its pages and changes the story forever.

Jump between 2D and 3D worlds in this charming action-adventure – solving puzzles, boxing badgers, flying with a jetpack, and enjoying many more delightful and surprising mini-challenges as you become the hero of a living storybook.

You are a demon in the Underworld, made out of glass and pain. The Devil has given you a skateboard with a simple deal: Skate to the Moon and swallows it — and you shall be freed.

Ollie, kickflip, and grind your way through the ash and smoke of the Underworld as you take on a seemingly impossible quest. Skate fast to destroy demons and save other tortured souls on your journey from fragile beginner to hardened skater.

Start your own cult in a land of false prophets, venturing out into diverse and mysterious regions to build a loyal community of woodland worshippers and spread your Word to become the one true cult. Coming to PC, Switch, PlayStation & Xbox on August 11.

Excited to announce an all-new @ReignsGame is coming to mobile via Netflix!

POINPY is available NOW on Netflix Games!
You can play the game on iOS / Android if you have a Netflix account!🍎https://t.co/tQ3ei0CSKR pic.twitter.com/kTzTBx5tOS