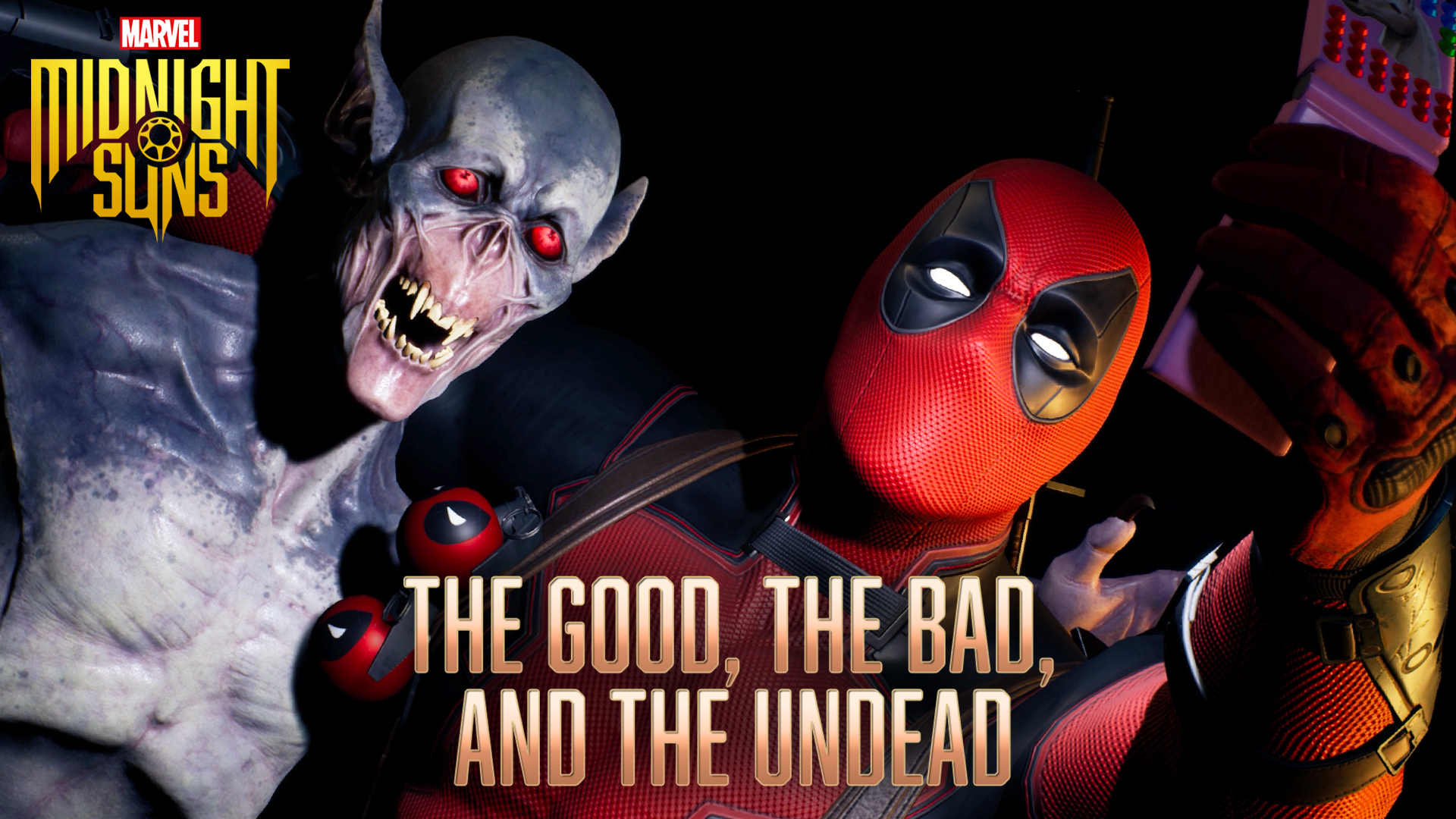 2K and Marvel Entertainment debuted a new trailer for Marvel’s Midnight Suns’ first post-launch DLC – The Good, the Bad, and the Undead* – featuring Deadpool! Available for either standalone purchase or as part of Marvel’s Midnight Suns Season Pass (included in the Legendary Edition), each DLC brings a new recruitable hero and adds three new story missions, a new upgrade for the Abbey, and a selection of new skins and outfits for the hero.

As a recruitable hero**, expect the full suite of Marvel’s Midnight Suns’ greatness with Deadpool bringing unique new abilities and his signature brand of chaos to the battlefield, as well as the opportunity to build Friendship and become best friends with the Merc with a Mouth in the Abbey. New enemy types will also be introduced in the story missions** – plus, you’ll want to develop Deadpool’s unique Research project Food Truck to give you an extra tactical edge on the battlefield.

The Good, the Bad, and the Undead will be available on January 26, 2023, for Windows PC via Steam and Epic Games Store, PlayStation 5 and Xbox Series X|S. Marvel’s Midnight Suns is rated “T” for Teen. For more information on Marvel’s Midnight Suns, visit www.midnightsuns.com and sign up for the 2K newsletter, become a fan on Facebook, subscribe on YouTube, follow on Twitter and Instagram, and join the conversation using the hashtag #MidnightSuns.

*The Good, the Bad, and the Undead DLC pack available for individual purchase requires base game. DLC pack also included with Marvel’s Midnight Suns Season Pass which is included with the Legendary Edition and available to purchase separately.