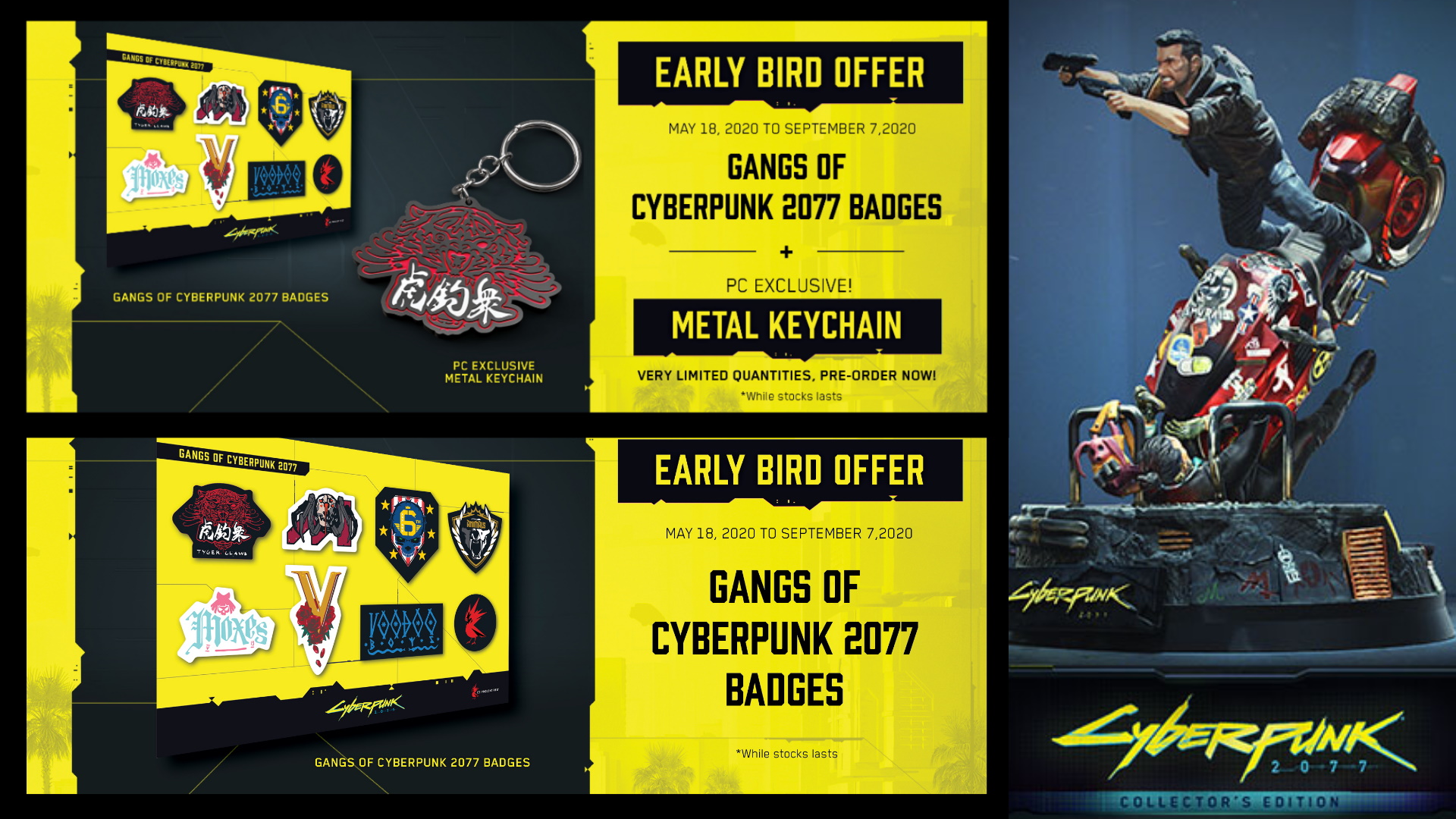 Great news.
Epicsoft Asia, the regional distributor in Southeast Asia for CD Projekt Red‘s highly-anticipated futuristic RPG, Cyberpunk 2077, has announced that every Standard Retail Pre-Order customers will walk away with special goodies! So far, the announcement only confirmed the said goodies for sales based in Malaysia, though we suspect the surrounding nations should have identical if not similar offers on the table.

Gamers who Pre-Order the Cyberpunk 2077 Standard Edition for PC, PS4, and Xbox One in Malaysia will receive a complete set of “Gangs of Cyberpunk 2077” woven badges. The set features the symbols of the 7 gangs of Night City (whom you will encounter in the game), as well as the red bird logo of CD Projekt Red.

These badges, embroidered in fine detail, can be easily affixed on a player’s gaming rig, laptop, smartphone, backpack, or jacket. They come packaged in a themed cardboard holder with background descriptions of each of the gangs, lifted off the pages of the World Compendium that’s included with every retail boxed copy of the title.

Along with the badges, those who pre-order the retail boxed PC version of the game will
enjoy an exclusive metal keychain featuring the Tyger Claws gang. The keychains will
be offered while stocks last, so players who wish to snag this official freebie better not
wait!

Limited-Time offer.
The Early Bird Offer will only be available during the Pre-Order period for the retail
version of Cyberpunk 2077 Standard Edition, starting May 18th, 2020 and ending on
September 7th, 2020.

While stock lasts.
The “Gangs of Cyberpunk 2077” woven badges are guaranteed for all pre-orders of the
PC version but will be on a while stocks last basis for the PlayStation 4 and Xbox One
versions.

PC Pre-Order via Impulse only.
The PC version is available exclusively through Impulse Gaming on Shopee only. 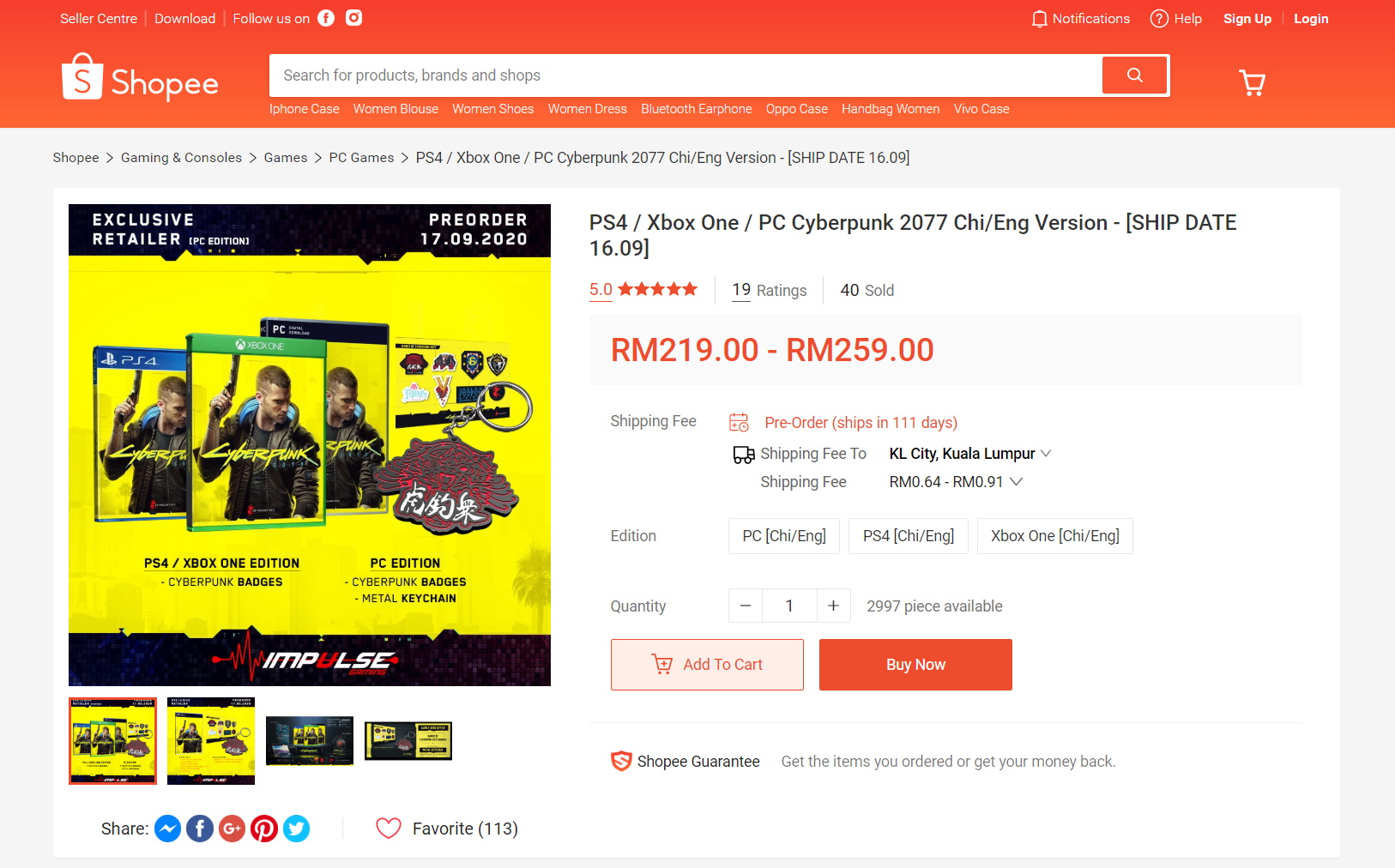 Some retailers, particularly online retailers, may provide other incentives or no incentives
to pre-order the retail version of the game from their stores. As such, customers are
highly advised to check with their retailer before pre-ordering, to ensure these premiums
are included.

The offer is only available with the retail boxed versions of Cyberpunk 2077 Standard
Edition, and not offered for Digital versions or from third-party retailers of Steam game
codes.

The retail version of the Windows PC Standard Edition comes packaged with a game
code that requires the player to install the game from the publisher’s PC games platform
GOG.com.

To recap, the retail version of Cyberpunk 2077 Standard Edition for PC comes with the following physical items: RM 219.00

The retail version of Cyberpunk 2077 Standard Edition for PlayStation 4 and Xbox One comes with the following physical items: RM 259.00

All versions (Retail and Digital) of the game come with these Digital goodies: 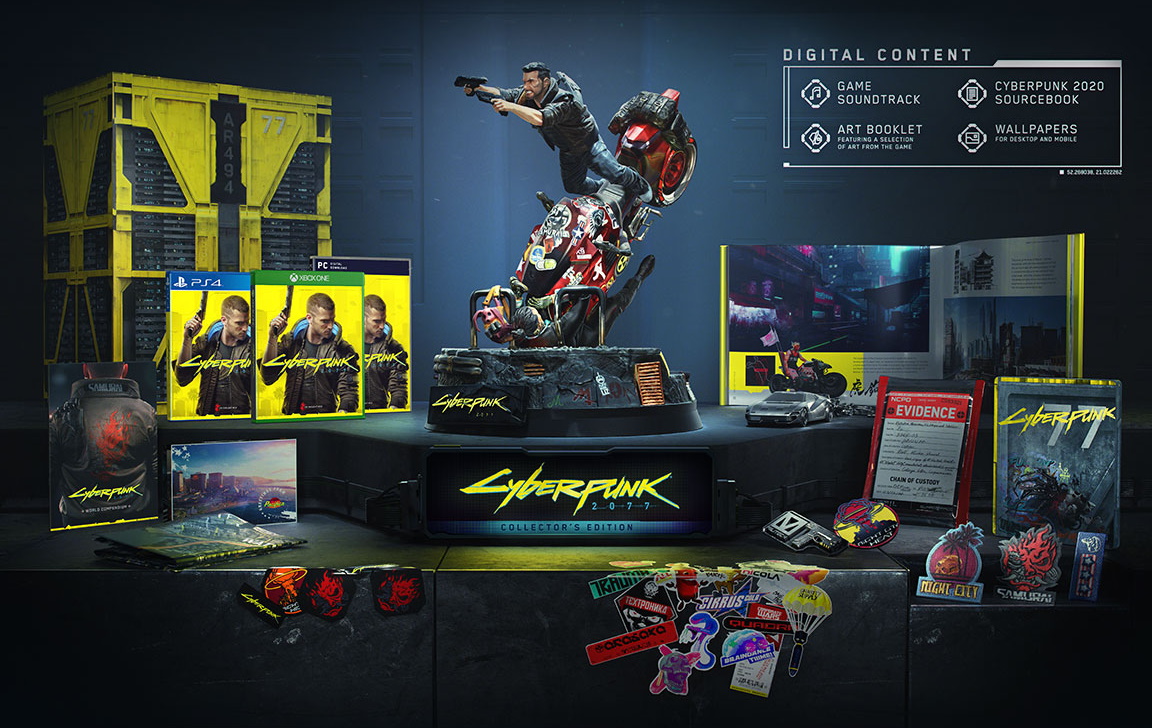 Cyberpunk 2077 is slated for launch this September 27, 2020! Stay tuned for more Cyberpunk 2077 news as we keep an eye on this highly-anticipated game!

Facebook
Twitter
WhatsApp
ReddIt
Tumblr
Telegram
LINE
Previous articleOpen-world adventure, The Ragnarok announced on console, mobile and PC
Next article‘No Straight Roads’ Delayed Until Later In The Summer Due to the Pandemic.

Cyberpunk 2077 Gifts The World With New Trailer Titled The Gig!

The trailer features new footage showcasing the world, characters, story, and action of Cyberpunk 2077. It gives players a fresh look into the dark future...
Read more