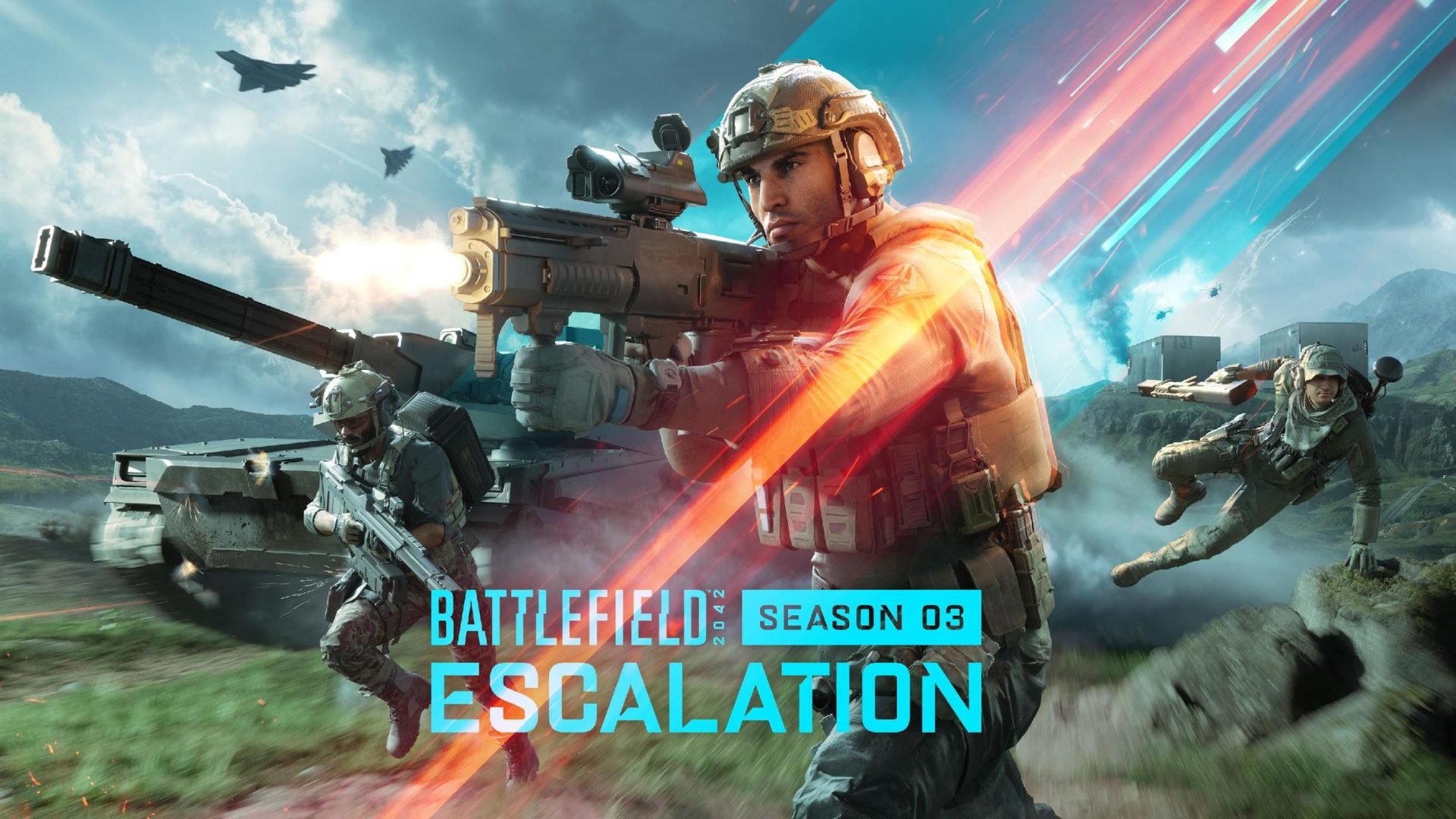 EA has announced that Battlefield 2042 Season 3 called Escalation will bring a lot of new content for fans of the series including a revamped class system. Those who wish to get into Battlefield 2042 will also get a chance with each console getting a free access period during the month of December. 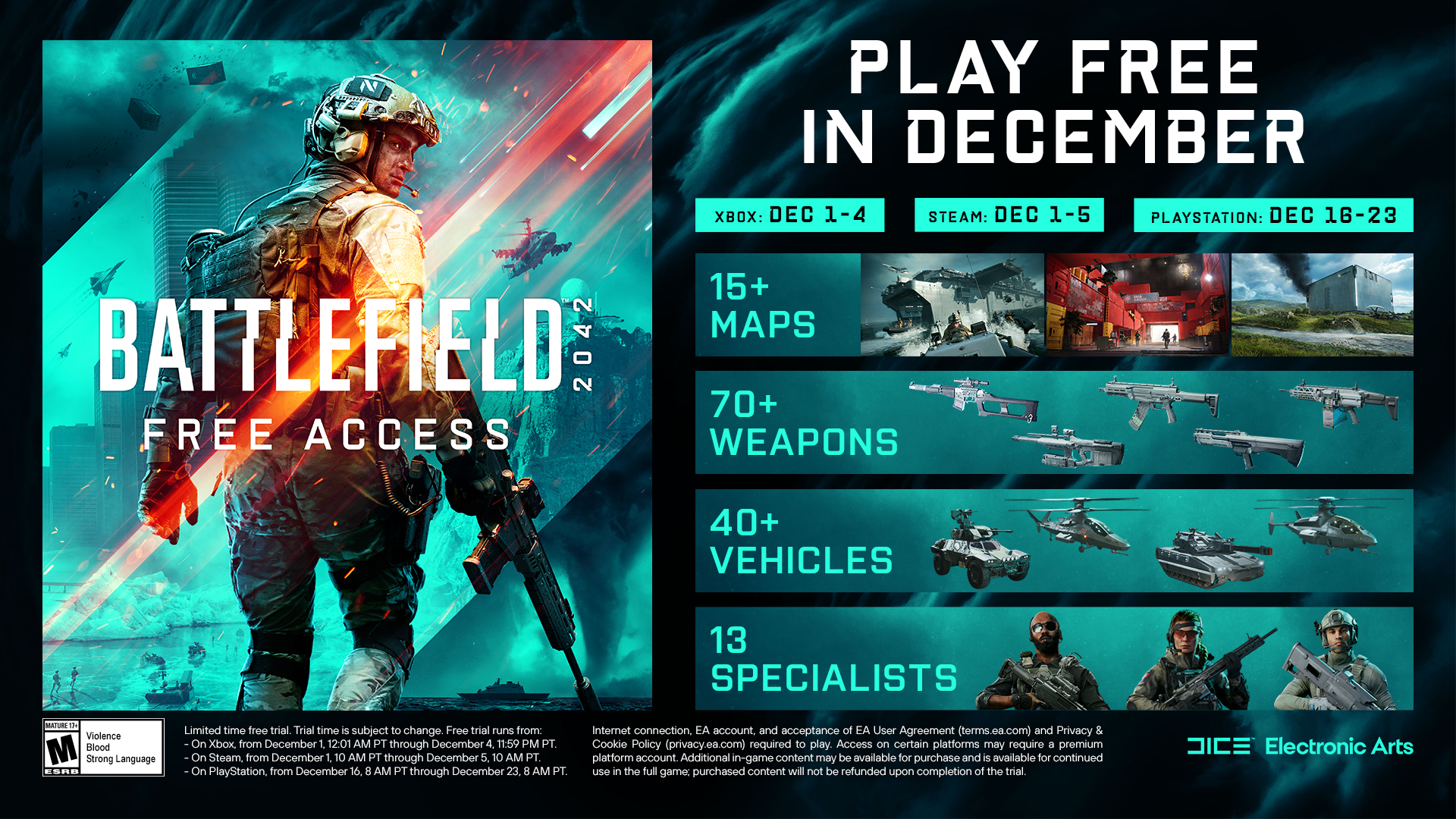 So what is coming for players in Season 3? There will be new maps, new vehicles, new operators and not forgetting new weapons. Before all that, there will also be a rework for the class system. Here are the overall changes to the class system: Everything New in Season 3 NEW MAP: SPEARHEAD
Take the fight to the Swedish wilderness in this CQC-focused map, featuring two Nordvik
semi-automated manufacturing facilities containing high-tech weaponry and components for weather machines. These facilities are surrounded by rock formations for increased cover and an untamed terrain fit for spectacular land and air battles. NEW SPECIALIST: ZAIN
Some foes hiding behind cover and giving you trouble? Egyptian-born security expert Rasheed Zain has a solution for that: his XM370A airburst launcher will flush
foes out of cover, leaving you clear to pick them off as they run for the shadows. Zain’s perseverance and formidable front-line soldier strength, gives him the fastest health recharge in the field. He will immediately, and quickly recover his health after taking out an
enemy. This makes him a prime candidate for leading the charge on assaults. NEW VEHICLE: EMKV90-TOR TANK
Fueled by cutting-edge technology, the EMKV90-TOR is a tank capable of shifting into two modes:

Mobility Mode
Move swiftly across the landscape to transport you and your passengers, unleashing destruction on foes with your turret as you go.

Siege Mode
Need to deal some serious damage? Slow the tank to a crawl, lowering the suspension to add extra stability, and fire more quickly with your turret.

Active Threat Detection
Available in both forms, the EMKV90-TOR features a system that detects the source of incoming attacks within a certain range and displays them in your HUD.

NEW ASSIGNMENTS
Unlock even more Vault weapons from Battlefield (TM) Portal for All Out Warfare with all new Assignments, including series staples such as the XM8 LMG and A-91 at launch. More weapons will be added as the season goes on. Completing assignments will allow players to
unlock any of the weapons/gadgets/specialists/vehicles they may have missed in Season 1 or 2.

REWORKED LAUNCH MAPS
The newly revised versions of Manifest and Breakaway – featuring changes to… – will debut this season. Manifest’s new version will deploy in December; the new version of Breakaway will debut in January.

Battlefield 2042 Season 3 Escalation will be out on 22 November with a free access period for the game available in December for PlayStation, Xbox and PC via Steam.