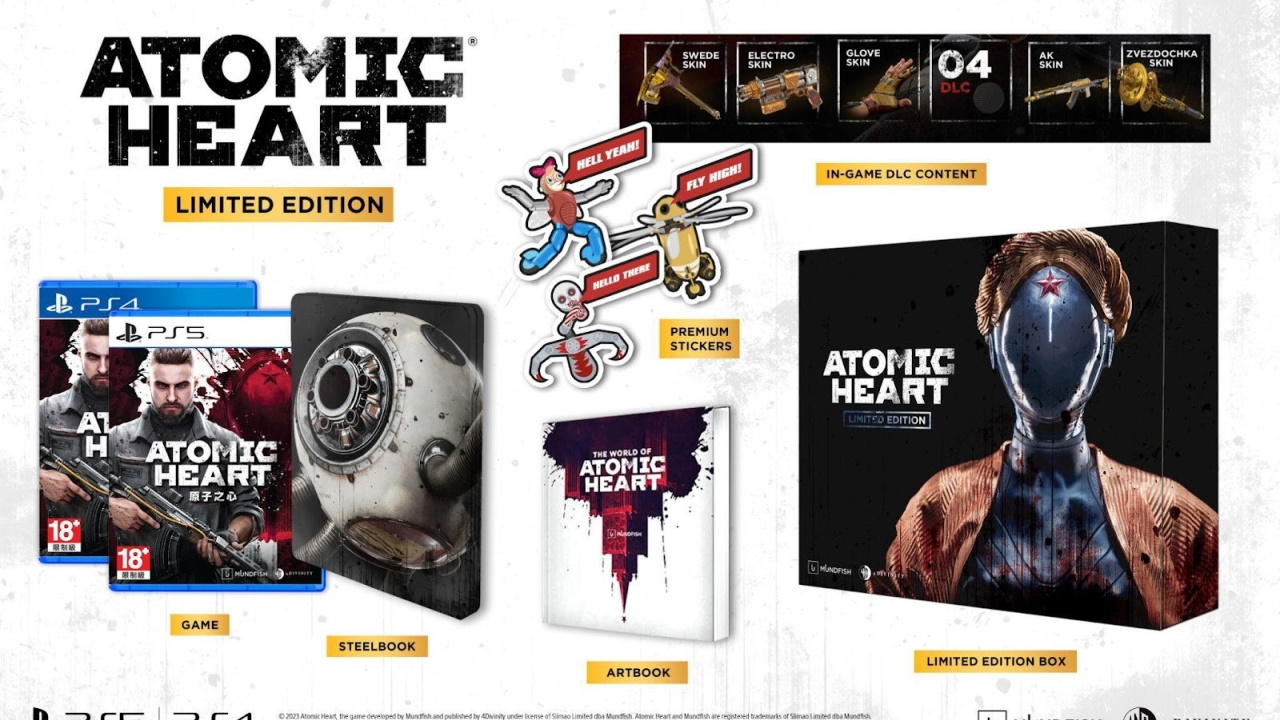 The pre-order as well as edition prices of Mundfish’s exciting upcoming ARPG title, Atomic Heart has been announced for Asia. The game will be published by 4Divinity, the publishing arm of GCL, a regional games entertainment, and content marketing group based in Singapore.

4Divinity will be handling the game’s Steam digital distribution for PC, as well as the PlayStation Store in Asia (R3 Region). Under this agreement, 4Divinity will also be responsible for publishing the retail versions of Atomic Heart for the PS4 and PS5 video game consoles in Asia. These packaged (physical) editions will be distributed by GCL games subsidiary Epicsoft Asia within the Southeast Asia, Greater China, and South Korea markets. Across Asia, Atomic Heart will be released on Windows PC alongside the rest of the world, on 21 February 2023. For the PlayStation platforms, the digital and retail versions will also be released on the same day in Southeast Asia and Greater China.

When it comes to pre-orders for PC, players can already pre-order the game on Steam, which will come with a Pre-order Bonus consisting of exclusive weapon skins, in the form of the Labour & Science Weapon Skin Pack.

Steam for the Windows PC version prices of Atomic Heart:

Meanwhile, on the PlayStation Store in Asia (except for Japan and South Korea), players can add the game to their wishlist now and pre-order starting January 2023. They will also receive the Labour & Science Weapon Skin Pack as a Pre-order bonus.

The pre-order and release dates in Japan and South Korea on PlayStation consoles will be announced later.

On digital platforms, three editions are available for pre-order (and prices): For the retail version, two editions will be available: Pre-orders in Southeast Asia, Hong Kong, and Taiwan with local retailers will kick off on 19 December 2022. In Japan and South Korea, the pre-order details and local prices (SRP) for the retail version will be announced by Epicsoft Asia and Beep Japan as the release date draws nearer.