Nice Live Action trailer with a Shirtless Muscular man on the beach.

With ARK: Survival Evolved on Switch, you can tame dinosaurs, conquer enemies and create enormous structures anywhere – on the couch, in bed, on a bus or even at school. Created in conjunction with Abstraction Games, this handheld version of the massive, open-world survival adventure includes all of the content and features of the original award-winning game. 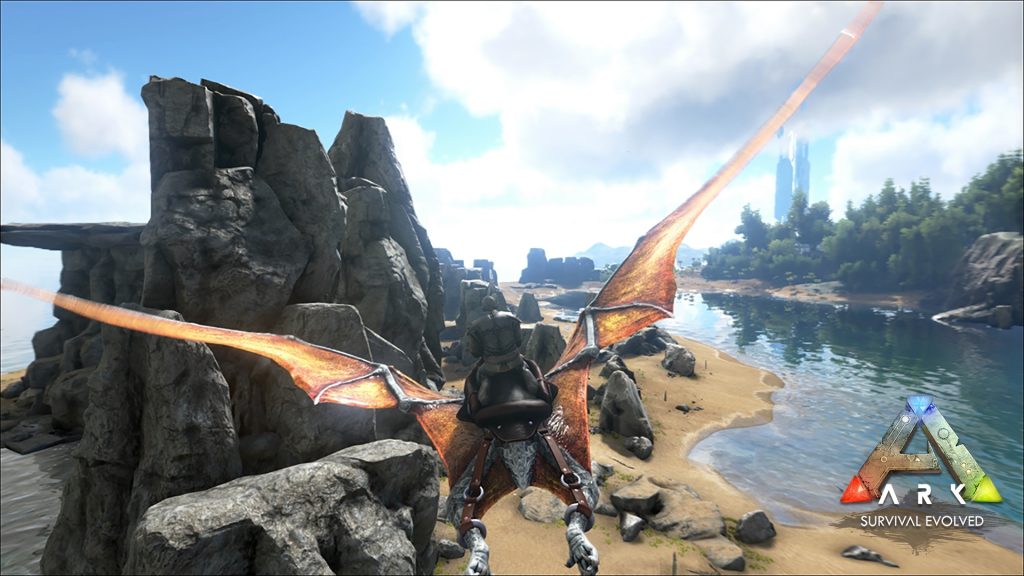 ARK on Switch includes the entire ARK Island, with 100+ prehistoric- and fantasy-inspired creatures such as the T-Rex, Giganotosaurus, Direwolf and Yeti. Stranded on a mysterious prehistoric island, you must explore its vast biomes as you begin to hunt, harvest, craft tools, grow crops and build shelters to survive. Use cunning and skill to kill, tame, breed, and even ride Dinosaurs and other primitive beasts living on The ARK. Advance your technology from primitive stone tools to T-Rex-mounted laser cannons, as you team up with hundreds of players online or enjoy a solo Jurassic experience.

Coming to both retail and Nintendo eShop, ARK: Survival Evolved on Nintendo Switch is rated “T” for Teen (Violence, Blood, Crude Humor, Use of Alcohol) by the ESRB, MSRP $49.99.