I have to say I was impressed.

After trying out the VIP Demo, my feeling towards Anthem was generally positive. On the game itself, Anthem feels like a melting pot of – ‘Mass Effect: Andromeda + Destiny + Titanfall 2 and a few other games’, that resulted in a surprisingly good mix.

Not everything was rainbow and sunshine, however, the technical quality of the demo was horrible, given the depth of resources and the years of experience the people in BioWare and its parent company, Electronic Arts, have.

After spending 2 days playing the demo with my colleagues and friends, here is the list of the things I enjoyed [Hits] and those that got me frustrated [Missed]. 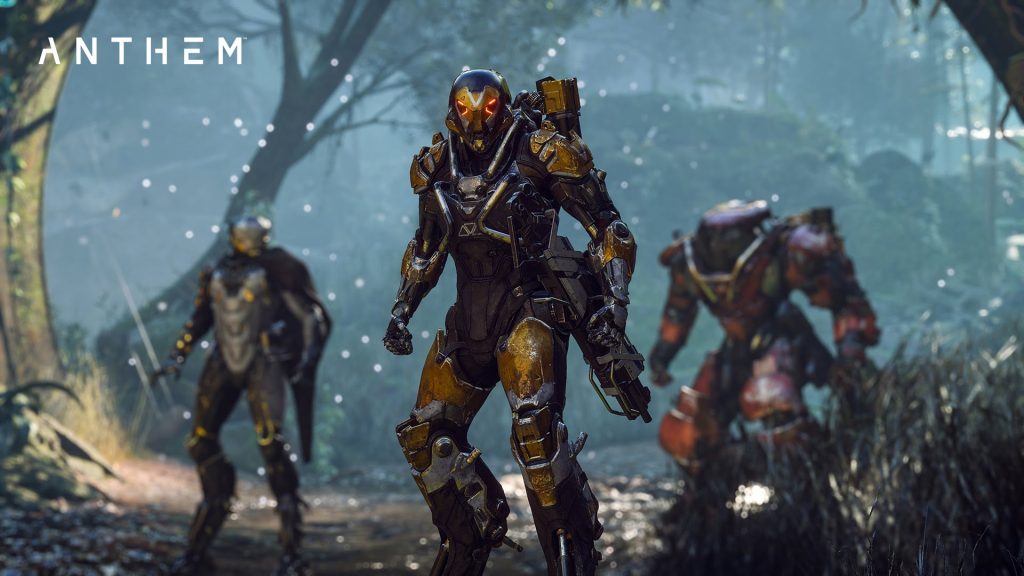 Visuals/Graphics – The world of Anthem is undeniably beautiful. When I flew around in my Javelin, it quickly became obvious that the game’s draw distance was impressive. The level of detail BioWare sewed into Anthem’s landscape and creating its Biome was just stunning. Imagine the planets in Mass Effect: Andromeda, how each of them has their own unique theme of landscape and design. It would seem that developer, BioWare, have successfully applied their planetary design expertise when creating the world of Anthem.

Another thing that I really enjoyed seeing was the introduction of the Day/Night cycle, this, in my opinion, is a simple feature but it adds a nice touch to the game.

You Can Fly – And not just from one place to another. BioWare has successfully made, flying, a vital part of the combat experience in Anthem. The ability to quickly get to one point from another on a battlefield mean players get to dictate the flow of the combat. Be it flying over to a better firing position or just escaping a Killzone, flying is a necessity in Anthem, even during combat.

Missions and maps are designed with players’ flight ability in mind, hence players’ would always have ample space to fly around. BioWare also made sure to set the flying speed at just right, making it easy to navigate through tight corners. The “Arcade” style flight control ensured its user-friendliness and simple execution.

The most amazing achievement here is that BioWare has successfully implemented a flight system that is not “Transport” in nature. There is always a risk of it feeling out of place when flight elements are introduced into an action-shooter game. This time, however, they got it right, the flight handling and its use in active combat feel completely natural, almost as if this had been the norm all the while. 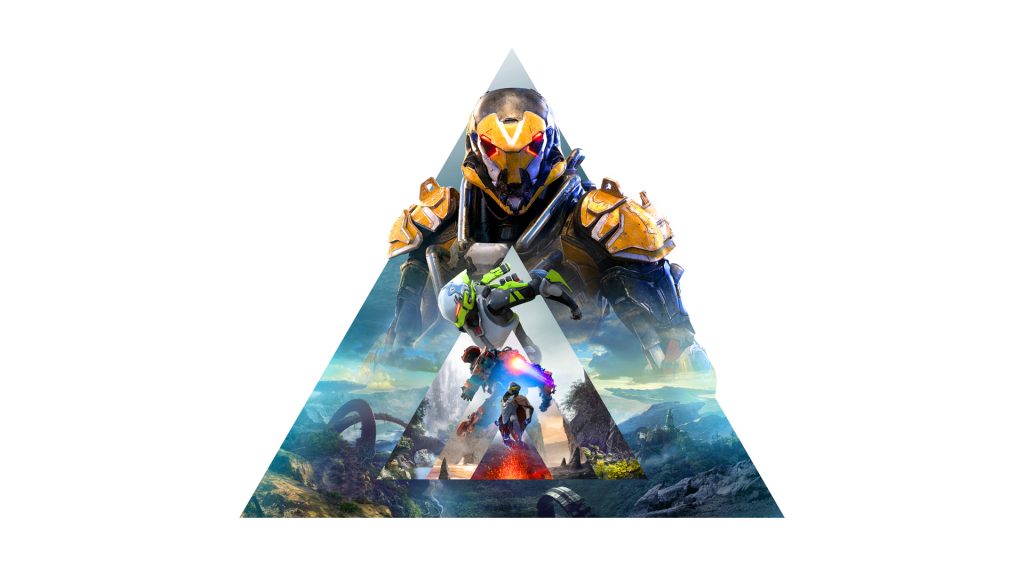 Level and Enemy Designs – One of the areas that BioWare impressed me the most was the Enemy Designs. Drawing from my experience playing Anthem’s “Stronghold Mode” (Equivalent to a Nightfall in Destiny), it quickly became obvious that BioWare had put much thought into creating a realistic combat scenario (well, as realistic as it can be at least). Let me just share with you what happened in our gameplay.

When my colleagues and I decided to give the Stronghold Mode a go, we did so with only excitement for loots in our mind, we have forgotten the other important thing. Teamwork. Imagine our surprise when we were greeted by a situation we couldn’t recall ever facing in our gaming life – A group of enemies that are not just strong but are strategically placed across the map, welcoming our unpreparedness with their battle-ready formation.

From the moment the first shot was fired, it was every man for himself in my team. We were busy reacting to the situation and enemy attacks that we forgot how to communicate meaningfully. The only communicating we did was shouting out our misfortune of dying, our ammo running low, enemies were behind us, and other helpless complaints.

No matter how much our battle sense kicked in to do the right thing, they were always ahead of us. We were stuck in an endless loop between reacting to their attacks and trying to survive. We tried to outlast them, “We just need to kill them until there was none left” or so we thought. Turns out, they could keep coming till the next morning if they wanted. The only way to stop them was to complete the objective but It was not easy.

I took off in my Javelin, flying near the edge, away from the battle, trying to get a better look. Then I saw it, the reason why we have been having our asses handed to us. Our enemies were strategically placed in such a way that their ranged units and turrets were supporting their ground troops, and not just from a single direction. They were placed in such a way that it’d be hard for us to see them if we weren’t paying close attention. Their attacks have been successful in pinning us down.

I tried rushing in, to take one of those ranged units out, but almost as if they were triggered by ‘Threat Level’ or Proximity Sensor’, all the ranged units suddenly turned their attention to me and I was dead within 2 seconds. It was an amazing experience.

This level of intensity made me long for Anthem more. Mind you, we were playing on Hard Mode. There are at least 2-3 more difficulties on top of Hard. I hope there are more Stronghold missions like this one, Anthem should triumph as a game that really put gamers to a test.

So far, much of the so-called designs are focussed on the combat elements itself. Nothing that resembles Destiny’s Raid Mechanism came into view yet. Then again, this is only a Demo.

The Multiplayer Experience – Is one that really sold the game to me. But so far we’ve only got to experience 3 Missions, 1 Stronghold, and some free roaming together, even so, our impression on the multiplayer aspect so far is encouraging.

Being able to engage in meaningful teamwork with my colleagues and friends were invaluable to me. Having each other’s back, executing combos, complimenting each other’s weaknesses, and sharing the success of victory together – These are all important moments to have.

So far, Anthem has done a great job in enabling these moments to surface. This aspect of the game reminded me a lot on Destiny. Infinite Loading Screen – Every time we tried to start a mission or an expedition, we literally had to palm our hands together and pray. Pray that the loading gets passed 95% and put us into the game instead of getting stuck there forever. When it gets stuck, we had to close the game and restart it all over before rejoining the session. it doesn’t help that this problem happens 90% of the time when you start a mission/expedition.

Now, this problem may only occur in the demo and not the full game, but it still affects our view on the game developer’s ability to detect and address these technical issues. With BioWare’s rich experience and resources, this should NOT have happened.

Long Loading Time – For those who thought the problem I mentioned above isn’t really a big problem, then this will convince you that it is. Anthem takes forever to load. The game’s loading time makes Rockstar’s GTAV looked bearable. Now if you pair this with the problem I mentioned above, you basically need to restart your game 9 out of 10 times and repeat the long wait for the loading to go through everytime you start a mission.

We are not sure that this long loading time issue is only exclusive to the demo. Pray this is not the case with the full game or it would be hard to imagine the crowd being pleased.

Meaningless Conversation Choices – You get to choose what answer you’d like to give in a conversation with the NPC. The thing is, the choices seemed meaningless to me. There was no obvious difference between the two options presented before me. Not even a ‘Hot’ or ‘Cold’ type of answers to reflect what personality I wish to carry. Just two plain meaningless options that I don’t see a point in having.

Bugs Everywhere – Yes, there are bugs everywhere in the demo. The system is not detecting your gained exp for some reasons. Part of your squad randomly gets kicked-out after a mission. Your levels can suddenly drop. Game crashing randomly. Game disconnecting you randomly. Glitches in story progression. 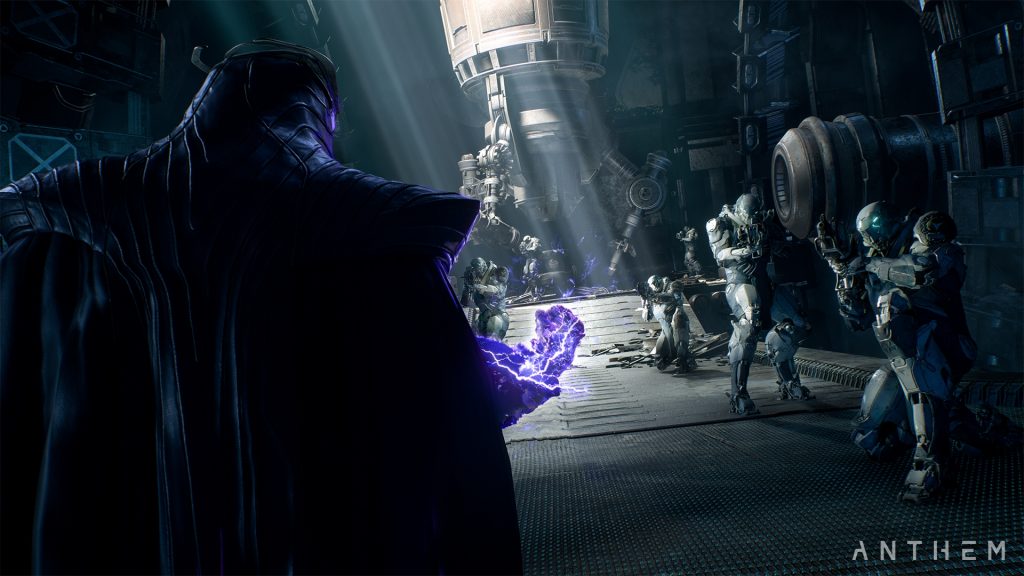 Again, this is just a demo.
Personally, I have great hopes for this game and I hope BioWare delivers. The game is no doubt fun, I still feel excited thinking about it now. But then again, I am still deeply troubled by the quality of this demo. For such a promising game, it’s a shame that the quality of the demo is so disappointing, it reflects badly on the developer.