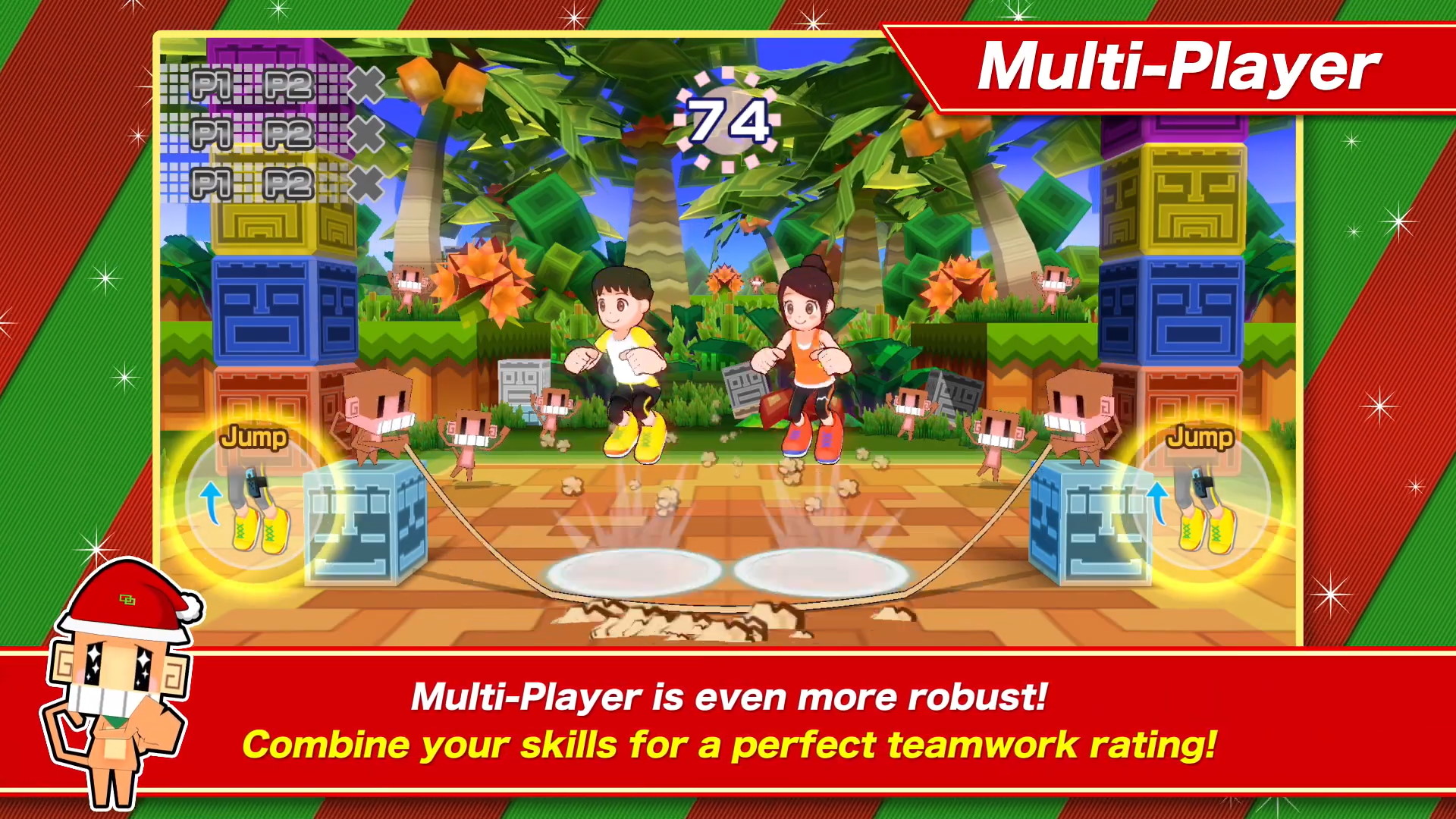 Announcement On The Third Free Update For Family Trainer

Bandai Namco Entertainment announces a free update for the popular Nintendo Switch game, Family Trainer. In this update, Family Trainer comes with a “Two-Player” mode so that two players can enjoy the game even more. The updates also renewed The “Co-op Play” mode, aiming for a 100% synchronization rate!

As it is almost the first anniversary of the release, please take this opportunity to play the newly-improved game – this goes for both existing and new players!

As mentioned above, the updates include Fixed “Co-op Play” in “Two-Player” mode and more below:

What is Family Trainer?

Run! Swing! Jump! Have a go at the home-based athletic game “Family Trailer” that you can play with your whole body! Simply put on the Joy-Con on your legs with a leg strap to run or jump! There are 15 types of attractions waiting for you to try!

Further, in “Exercise Training”, there are various training menus such as “upper body training” and “easy training for 5 minutes a day”! Enjoy playing the game every day with the menu that suits you.

Take on your friends and family in “Two-Player” mode if you have two Joy-Con sets and two leg straps.

* This game requires a leg strap.
* The leg strap included in the package version is the same as the one included in the Nintendo Switch™ game, “Ring Fit Adventure”.
* The attractions of the Wii version of “Family Trainer” are the same, but some of the play styles may be different.
* As the game requires you to move your whole body while playing, please be mindful of the time as well as your noise levels to avoid disturbing your neighbours.
* A “Nintendo Switch (sold separately)” is required to play this software.
* The game cannot be played on “Nintendo Switch Lite”.