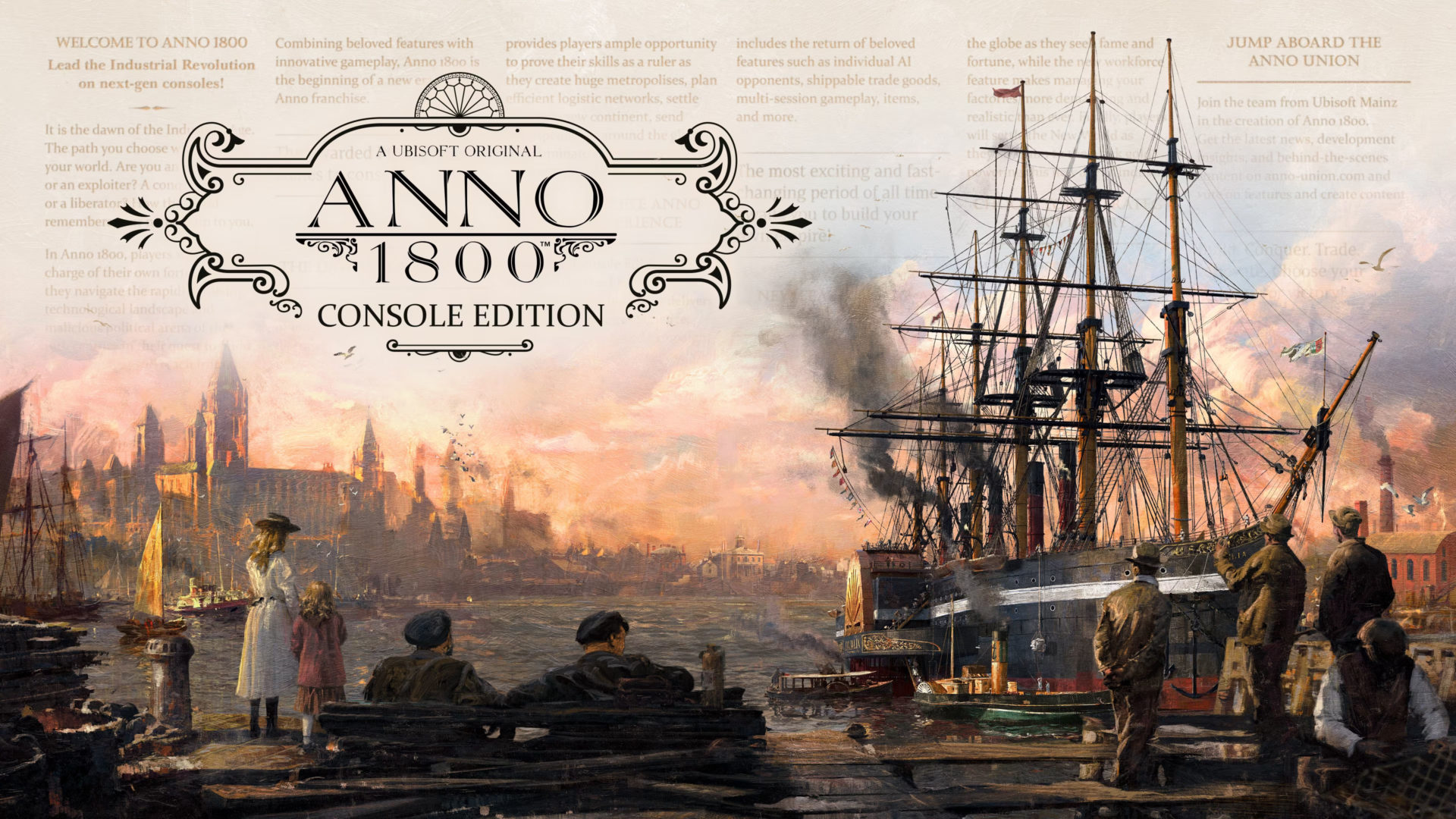 Ubisoft has announced that for the first time in 25 years, a core Anno game will be launching on consoles. Anno 1800, with more than 2.5 million players and the fastest-selling game in the series will be arriving for the PlayStation 5 and Xbox Series X|S on 16 March.

Anno 1800 is a Strategy Game, that gives players the opportunity to show off their leadership skills: build gigantic metropolises, set up efficient and profitable logistical networks, colonize an exotic new continent, charter expeditions to the four corners of the globe, and dominate their opponents diplomatically, commercially or militarily.

Developed by the very same studio behind the original PC version of the game, Ubisoft Mainz, the Anno 1800 Console Edition will offer players the full Anno experience with a completely redesigned User interface and controls, powered by the next generation of consoles.

“Anno 1800 is a great success story for the studio and the 25-year-old Anno brand. The popularity and the success of the game on PC gave us the opportunity to develop a console version of the game, thanks to the power of the next generation of consoles. Bringing our most successful Anno game on consoles is a real chance for us to let new players discover our award-winning game for the first time and join our amazing community.”

Early adopters (Before 16 April 2023) pre-ordering or purchasing the game, will enjoy the imperial and the console founder packs, containing extra cosmetic bonuses, along with the digital artbook and soundtrack. In addition, all cosmetic packs will be available for purchase.

Face the Snowstorm In The Crew 2 Season 7 Episode 2: Blizzard Rush