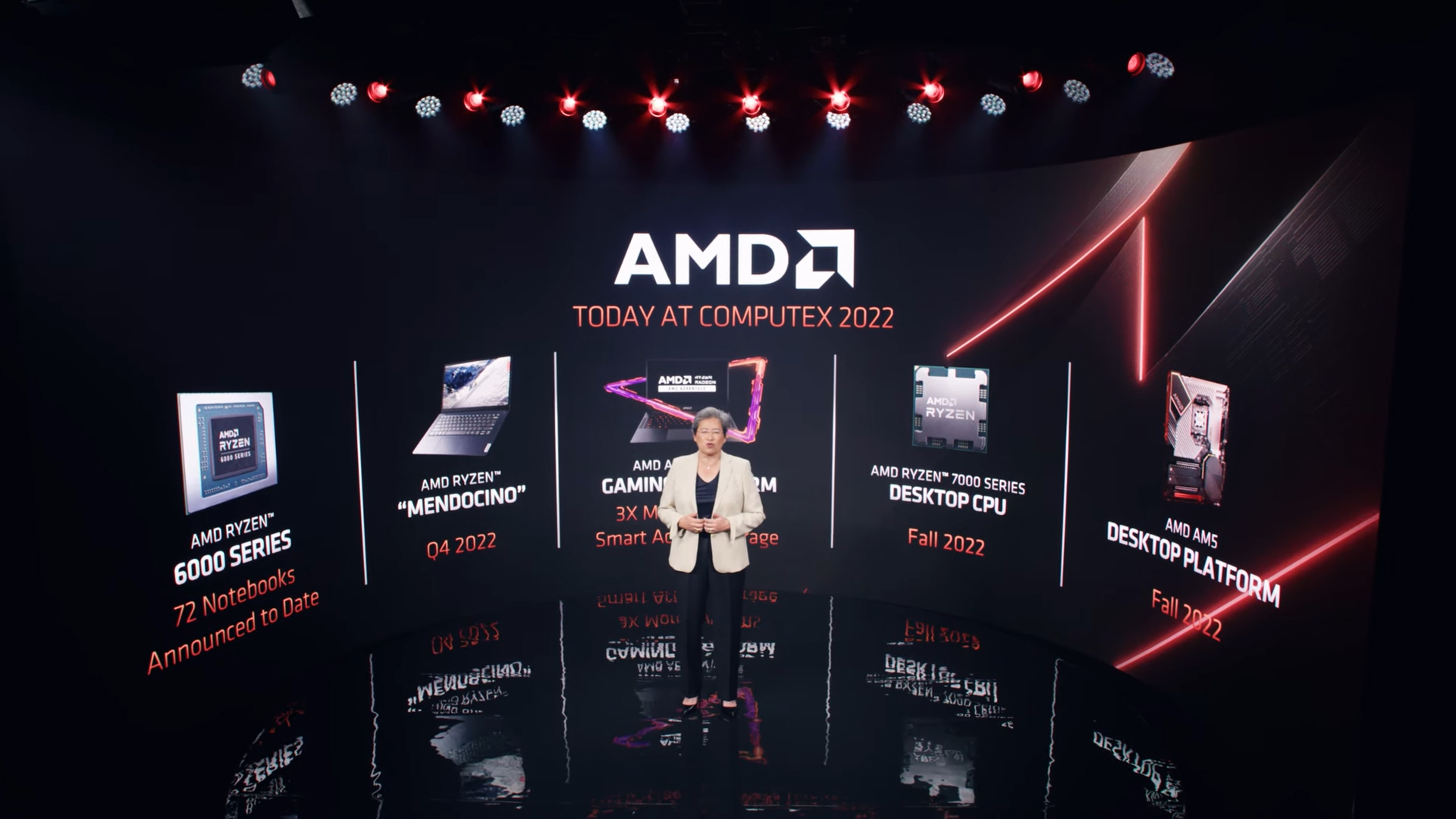 AMD showcased its latest innovations in computing technology at COMPUTEX 2022 to advance the high-performance computing experience. AMD Chair and CEO Dr. Lisa Su provided a look at the upcoming Ryzen 7000 Series desktop processors with the new “Zen 4” architecture, which are set to deliver a significant increase in performance upon their launch in the fall of 2022.

Additionally, Dr. Su highlighted the strong growth and momentum for AMD in the mobile market as 70 of the more than 200 expected ultrathin, gaming and commercial notebook designs powered by Ryzen 6000 Series processors have been launched or announced to date. In addition, other AMD executives announced the newest addition to the Ryzen Mobile lineup, “Mendocino;” the newest AMD smart technology, SmartAccess Storage; and more details of the new AM5 platform, including support from leading motherboard manufacturers.

“At Computex 2022 we highlighted growing adoption of AMD in ultrathin, gaming and commercial notebooks from the leading PC providers based on the leadership performance and battery life of our Ryzen 6000 series mobile processors. With our upcoming AMD Ryzen 7000 Series desktop processors, we will bring even more leadership to the desktop market with our next-generation 5nm ‘Zen 4’ architecture and provide an unparalleled, high-performance computing experience for gamers and creators.” 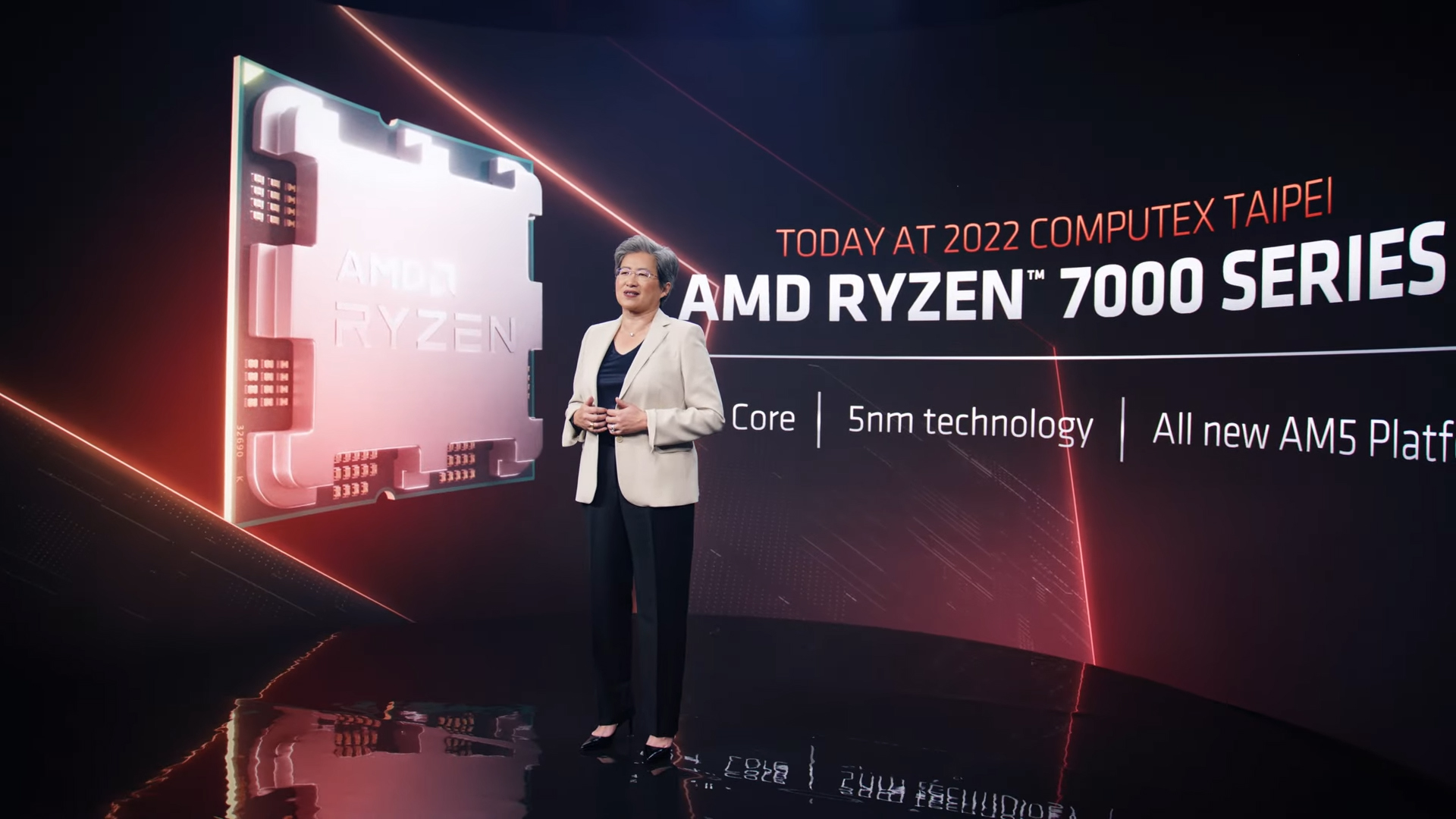 Continuing to expand on the innovation and leadership performance of the Ryzen 5000 Series desktop processors, the new Ryzen 7000 Series desktop processors are based on the extremely efficient 5nm “Zen 4” architecture. The new processors will double the amount of L2 cache per core, feature higher clock speeds, and are projected to provide greater than 15% uplift in single-thread performance versus the prior generation, for an unmatched desktop PC experience. During the keynote, a pre-production Ryzen 7000 Series desktop processor was demonstrated running at 5.5 GHz clock speed throughout AAA gameplay. The same processor was also demonstrated to perform more than 30% faster than an Intel Core i9 12900K in a Blender multi-threaded rendering workload.[ii]

In addition to new “Zen 4” compute dies, the Ryzen 7000 series features an all-new 6nm I/O die. The new I/O die includes AMD RDNA 2-based graphics engine, a new low-power architecture adopted from AMD Ryzen mobile processors, support for the latest memory and connectivity technologies like DDR5 and PCI Express® 5.0, and support for up to 4 displays. 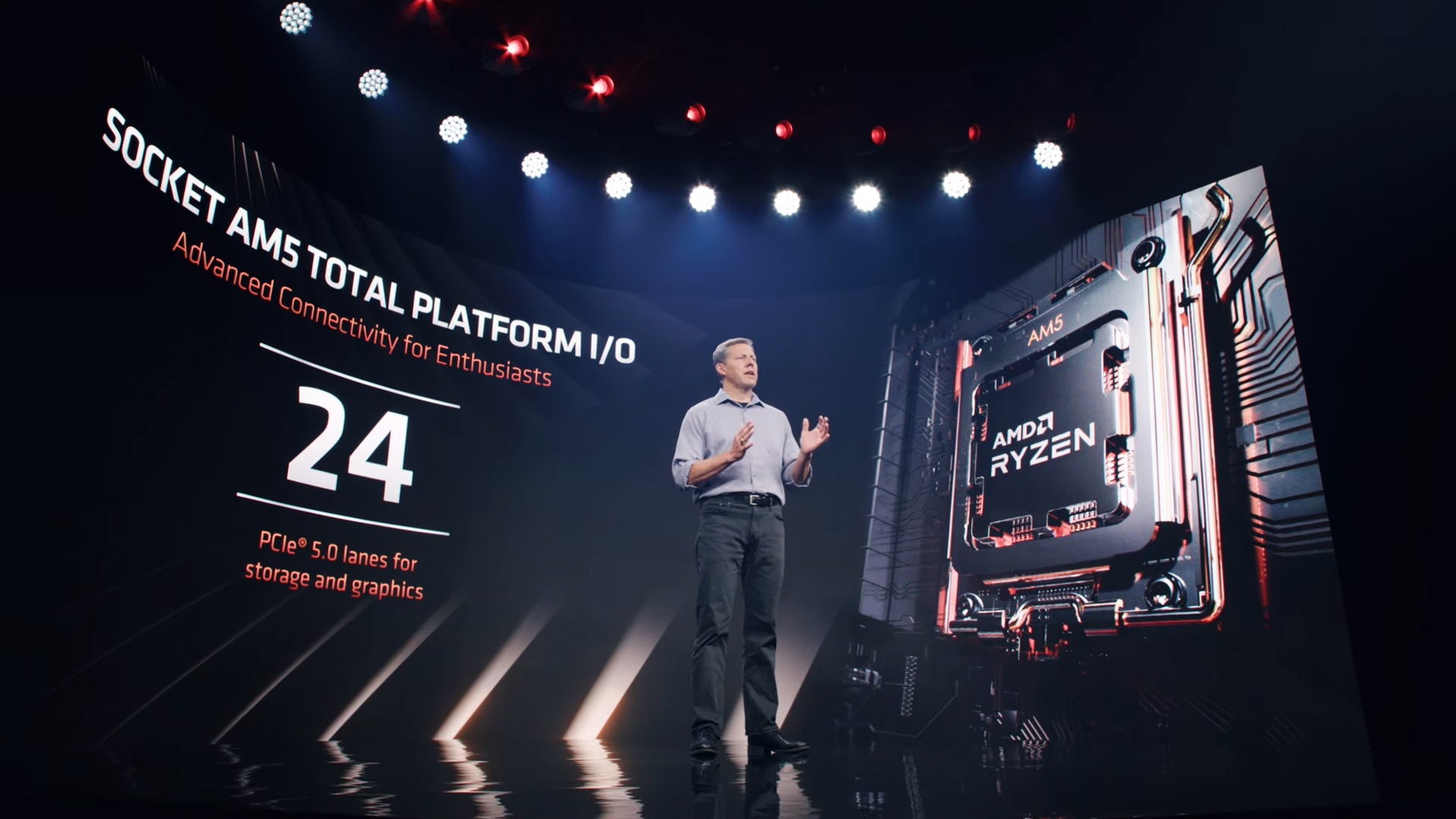 The new AMD Socket AM5 platform provides advanced connectivity for our most demanding enthusiasts. This new socket features a 1718-pin LGA design with support for up to 170W TDP processors, dual-channel DDR5 memory, and new SVI3 power infrastructure for leading all-core performance with our Ryzen 7000 Series processors. AMD Socket AM5 features the most PCIe 5.0 lanes in the industry with up to 24 lanes, making it our fastest, largest, and most expansive desktop platform with support for the next-generation and beyond class of storage and graphics cards.

The AM5 family features three levels of motherboards: 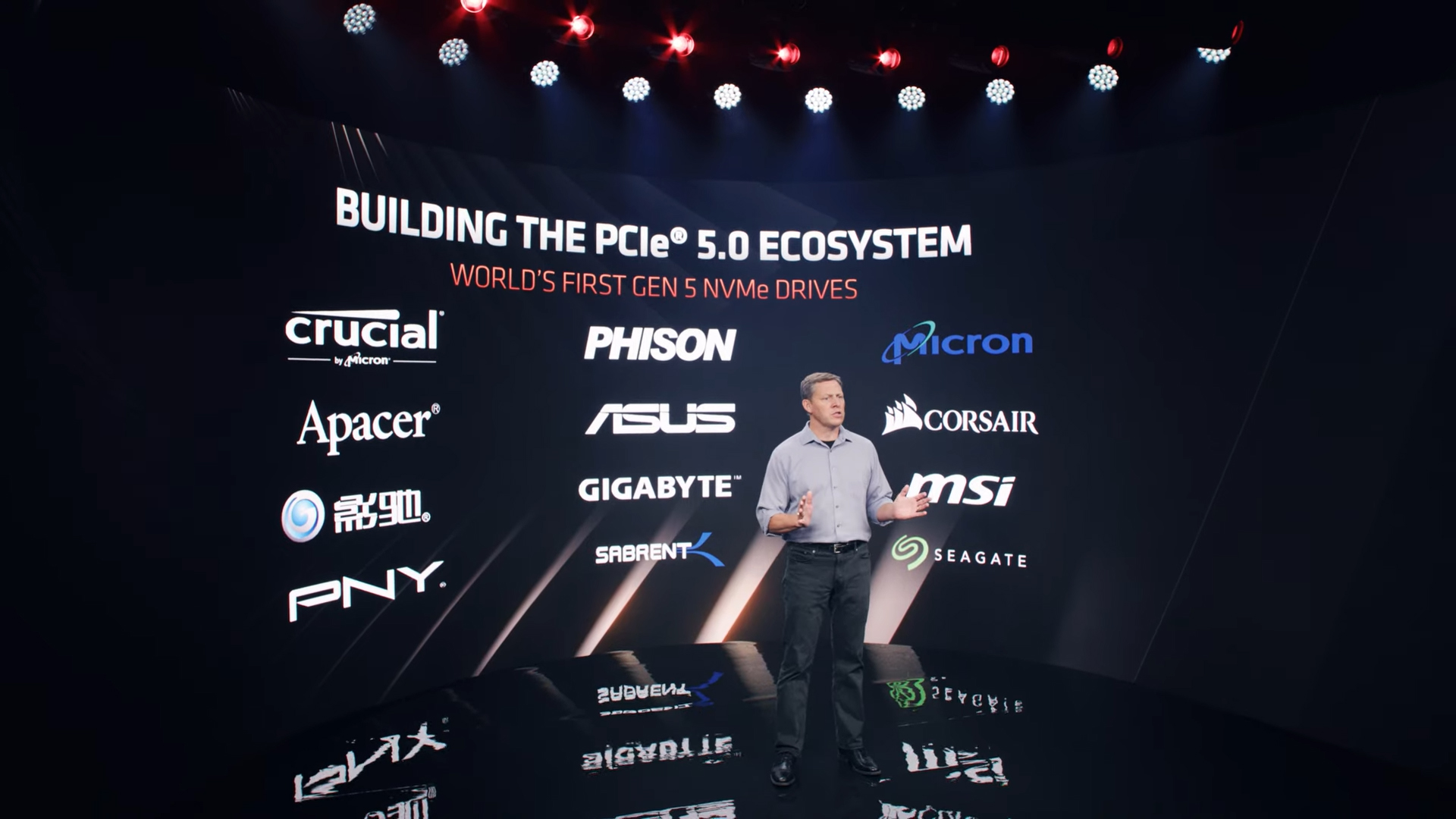 Motherboard models spanning all three chipsets are expected from partners including Asrock, Asus, Biostar, Gigabyte, and MSI, and PCIe 5.0 storage solutions will be available from a multitude of partners including Crucial, Micron, and Phison. With an incredible combination of performance and value, the new “Mendocino” processors will offer great everyday performance and are expected to be priced from US $399-$699. Featuring “Zen 2” cores and RDNA 2 architecture-based graphics, the processors are designed to deliver the best battery life and performance in the price band so users can get the most out of their laptop at an attractive price.

The first systems featuring the new “Mendocino” processors will be available from OEM partners in Q4 2022. New AMD Advantage systems are available from a number of OEMs, including systems from Alienware, Asus, Lenovo, and HP, and now also include system integrator designs from Metamechbook and Origin PC.