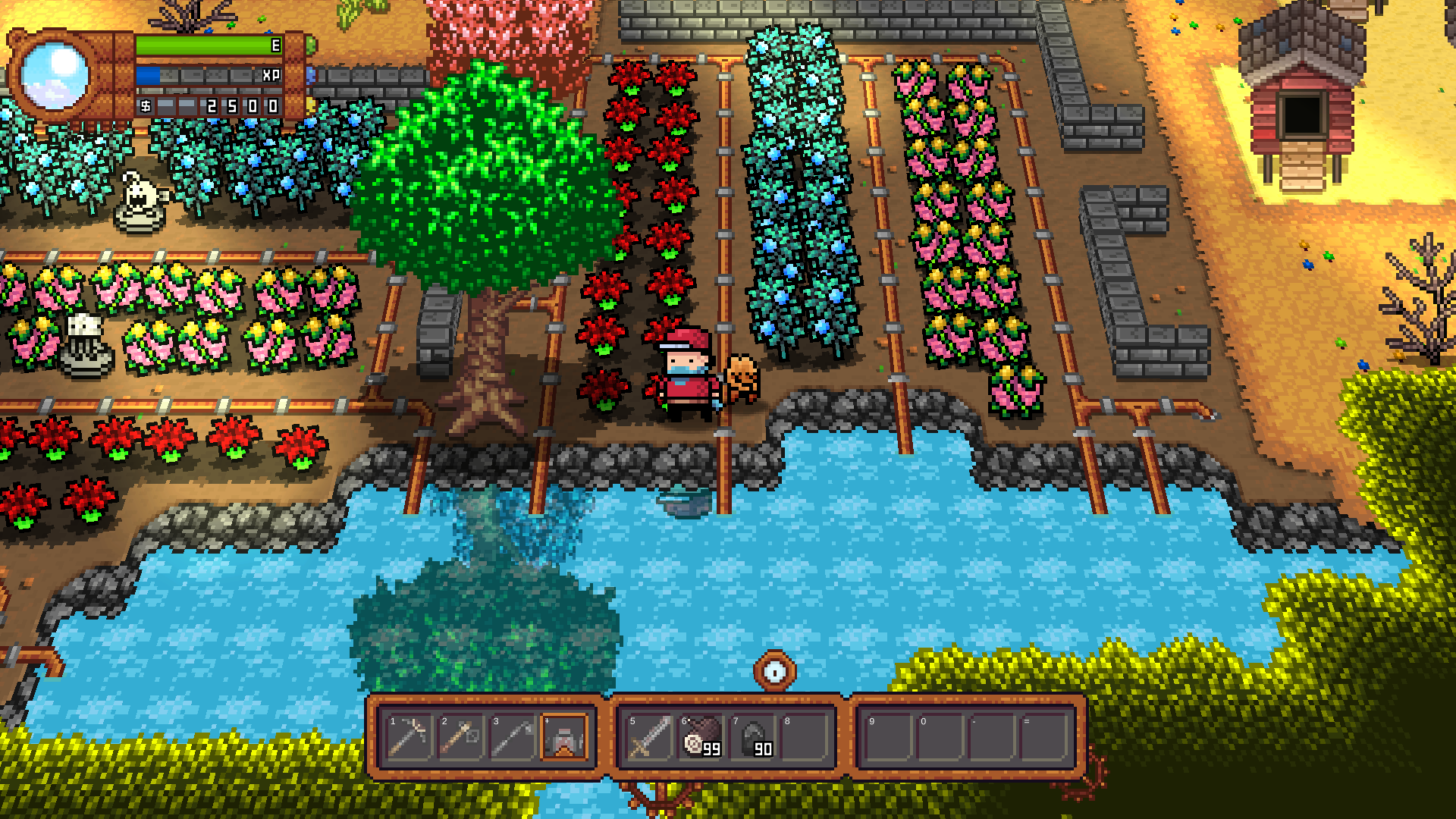 Dig deep into the soil of Planimal Point, as a new resident looking to set up roots, with a truly unique twist on the farming simulator genre. Monster Harvest taps the creative mind of players, and its burgeoning community, with a host of mix and match harvesting solutions, with mutant companions at the core of this chemistry equation, and an engaging turn-based battler system.

Utilising the power of the PlayStation 5 console, Monster Harvest looks and plays even better with upscaled 4K visuals, improved performance, stability and framerate. Players can now feel even closer to the action with the addition of new PS5 DualSense features including immersive lighting, speaker and haptic effects as the gameplay unfolds.

Monster Harvest is a monster collecting and farming action RPG with a twist! Grow, collect and mutate your crops then take them into battle! Filled with places to discover and multiple ways to build your farm, get ready to craft, explore and battle across the vibrant world of Planimal Point.

During the journey through Planimal Point players discover strange Slimes which can mutate your crops in ways they would never have imagined! Depending on the season, the Slime or the crop you mutate, players will be able to create up to 72 different mutations!

Some crops will mutate into Planimals who are loyal mutated crops that stay by the player’s side through thick and thin. They’ll be a key companion as players adventure across Planimal Point, taking part in thrilling turn-based battles and exploring dungeons as you try to bring down the evil SlimeCo.

Monster Harvest now has a release date and is coming to the Nintendo Switch, PC, Playstation 4 and Xbox One