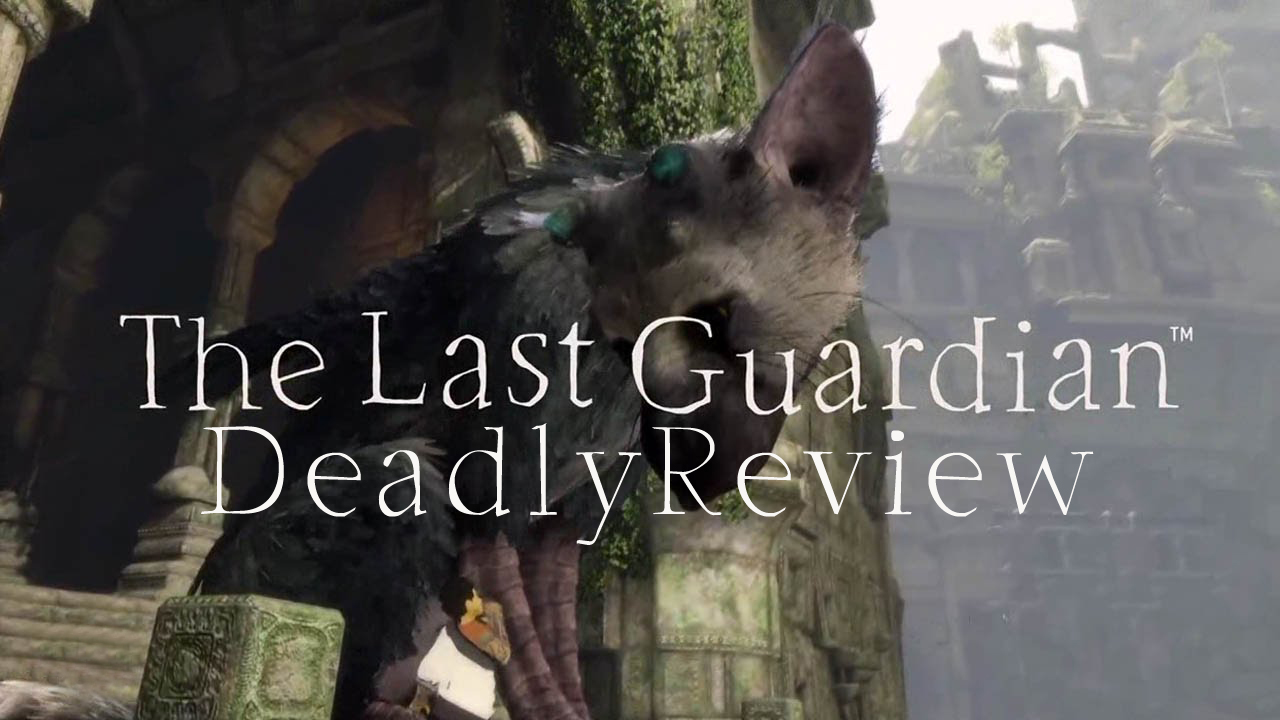 The Last Guardian… A few years ago this name was a myth, a legend on the Playstation 3. It appear in E3 2009 as a new game from Team Ico which did cult classics Ico and The Shadow of Colossus. After that appearance, news of the game slowly spelled troubles from changing platform to Playstation 4 and also news that Fumito Ueda and Team Ico left Sony.

As we all begun to lose hope, The Last Guardian reappeared again in E3 2015 with a 2016 release date and the gaming world went wild. Not only will the game be released but it is still spear headed by Ueda and Team Ico with support form Japan Studio.

This game has a lot of hype to live up to but will it really?

There is no doubt, The Last Guardian is one of the most beautiful game to ever grace the screen. Every time you manage to go to the open air, the amount of rendered greenery and birds flying around the area makes the game beautiful to look at. With it’s unique art direction, it compliments how the world look around you. Sometimes it is the little things that make an impact and how the visual and gameplay blends together is an art of its own in this game. Little interation like how Trico can stop and admire the scene and look at the birds fly. This brings how we see the visuals as not only things that looks nice but also how visuals can be interactive in this game.

The sound in this game is magnificent. When trying to solve a puzzle all other sound will drown out to give emphasis on the communication between The Boy and Trico. When scene change, the audio will also change to match the scenario. Lets just say for this game, there is a perfect tune for every moment. The sounds Trico makes when he is separated or happy also makes it easy to understand as it sounds very much familiar as a normal pet dog. The only issue I had is sometimes is The Boy commands are repetitive and you may get irritated hearing him say the same thing over and over again.

This is where the game shines. This game is a puzzle game which is easy and hard at the same time. The world is littered with ledges and holes that make figuring out the solution hard at times. Make no mistake, it will be very easy to figure out once you completed the game but until then it is a joy to discover how to progress through this game. There are moments that I face-palmed myself at my stupidity for not seeing how simple some puzzles are.

Another thing that makes this game interesting is how it just leaves you to figure everything out by yourself. The only thing they will teach you is the controls. This makes hand holding a little more Yoda like guidance then a direct clue. When stuck, a voice will give a clue but it is not a big one at times.

Trico also makes a incredible AI. Lets make it clear, Trico is one of the most complicated AI control NPC I have ever seen in terms of character development and also emotion. His interaction with The Boy is just amazing at times. Leaving the controller by itself will play some nice scenes where Trico will play with the boy if he is not moving for long.

There are also times where the AI screws up and Trico will be a pain in the ass. Sometimes he will just literally shut down while you are giving orders. This is not made easier by some camera problems you will have when given commands. Sometimes when your characters clips the wall, the camera will fade to black and readjust.

Without spoiling much, this game has one interesting story and lore. Many mythical story telling elements return from The Shadow of Colossus. How the story direction evolves as The Boy and Trico builds the relationship is beautiful. As mysterious as the beginning of the game is, the ending will leave you satisfied but somehow hunger for more.

Take note that it took me around 12 hours to complete the game without any guides and that is me rushing it to bring this review out as soon as possible. The pacing of the story and mix between cut scene and narration while playing keeps you interested to finish the game to learn how all the scenes tie together. Let me just end this section by saying that the story is simple and nice with how it is told and develop.

This game is all about trust between 2 strangers. How it builds in this game is something special in terms like how The Last of Us did it between 2 humans, The Last Guardian manage to pull it off between with a brilliant way between a boy and an animal. This is the core of the gameplay and resonate throughout the game till the end.

As beautiful as the game is, playing on the regular Playstation 4 will has it issues. The frate rate will drop in and out inconsistently as you move indoor to outdoors. Certain physic animation will make the framerate drop. Though it will not affect gameplay, it will make some people who are framerate fanatic eyes twitch at times.

Playing on the Playstation 4 Pro on the other hand, its a beautiful sensation. Framerates are better lock on 30fps and things are more clearer in 4k resolution. There is a little issue where the time of development starts to show. Certain textures looks blur in 4k because it was done for Playstation 3 in mine. This is a problem but a slight one as unless you really go and look, you will barely notice it since it will not affect gameplay.

This game is one magnificent game to behold. It is not a perfect game in any sense but it is perfect at its pacing and storytelling. Waiting 9 years for it to finally graces us does not disappoint. Do note that this game may not be everybody’s cup of tea but those who loves an adventure puzzle will fall in love with this game immediately. Problems with visuals and framerate are something that could destroy a game but since this game is to be taken slowly with a spoon instead of a cup, and it is barely noticeable as you continue on your journey.

If you own a Playstation 4, you are missing out on what made Ico and Shadow of Colossus a cult classic. There is no doubt in my mind that The Last Guardian will join in their ranks as games that defy a generation of gaming.

P.S. Thanks for Bunnyteam member Arqrez for lending me the game to review.