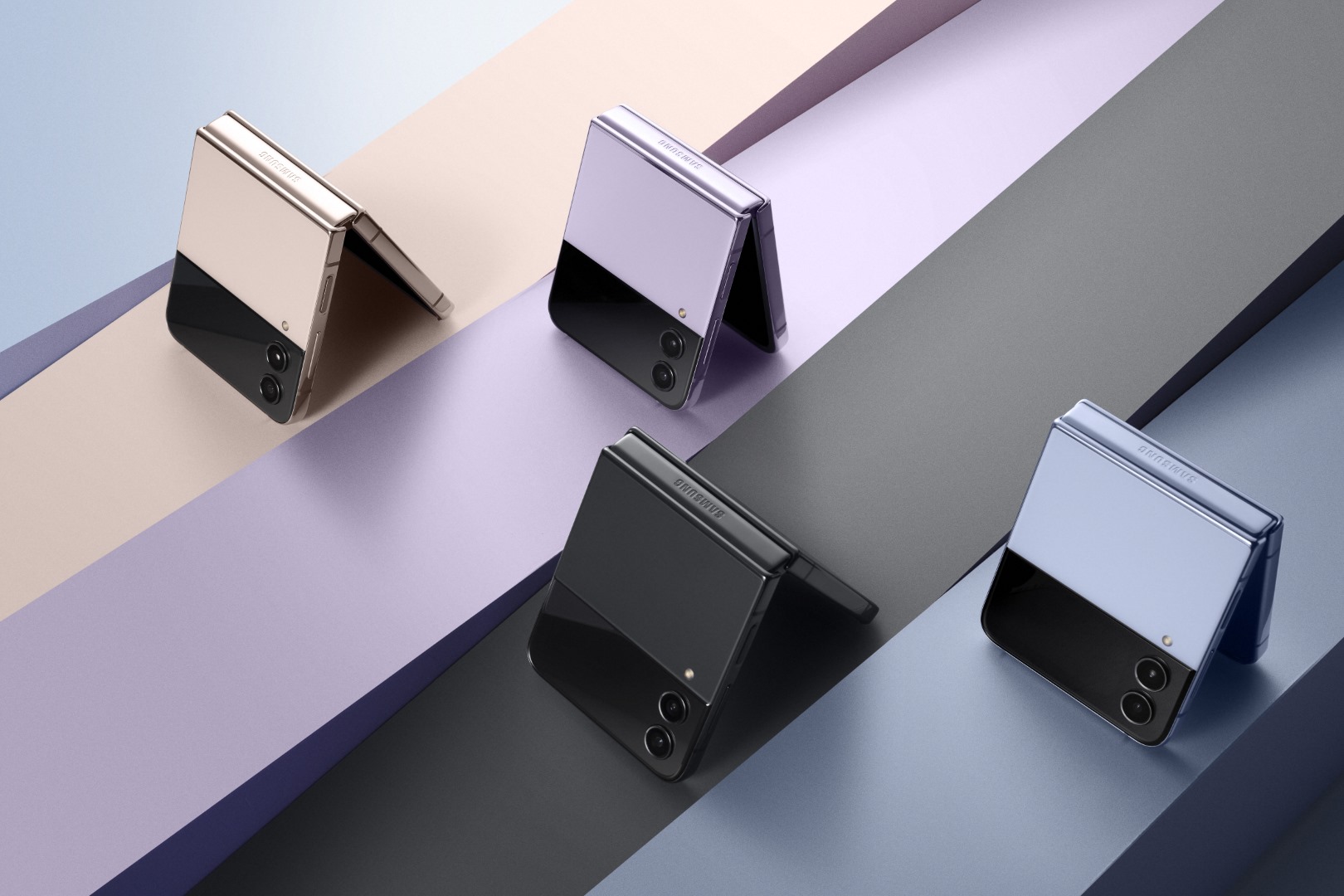 With Samsung’s Galaxy Flip series returning with a new iteration this year, we’ve gotten our hands (thanks to Samsung) on the latest Galaxy Z Flip4 phone to talk about. This was special for me because this was my first experience with a Flip phone. I’ve used a Fold phone before and only managed to toy around with the Z Flip3 from last year for a while, but never really used it as my day-to-day phone.

At first glance, it’s hard to tell the Z Flip4 apart from its older Z Flip3 sibling except for the noticeable raised bumps circling the camera lenses that serve as the lens’ protection. Otherwise, the new phone looked and feel largely the same as the older model until we look at their specs, of course, where meaningful comparisons can finally be made.

The Galaxy Z Flip4 in Malaysia will come in four variants including the customisable Galaxy Z Flip4 Bespoke Edition model. All 4 types come with the same 8GB RAM with the only difference being their storage space.

Colour-wise, the phone comes in 4 colours, Graphite (Black), Pink Gold, Blue, and the brand’s now famous signature colour, Bora Purple. But no matter which one you pick, you”ll be getting a beautiful phone.

For this review, we got the Pink Gold model that looked really elegant with a smooth hazy surface finish surrounded by its sleek metal frame. Weighing at just 187g, it’s quite light

The phone’s body is largely resistant to any staining, but as you can probably guess, metal finishes and the cover screen are the two parts that are vulnerable to these intrusions, so I found myself maintaining its appearance rather regularly by wiping off the fingerprint from the metal hinges and making sure the cover screen wasn’t blurred by any stains.

The cover screen that seemed rather pointless to me at first because of its dwarven-sized took less than a day to convert me into a fan with its convenient and pampering widgets. Messages can be previewed and replied to directly via ‘quick reply, a speed dial of up to 3 people can be easily set.

If you don’t use a smartwatch like me, simple actions like tracking steps on the Samsung Health app can also be easily accessible on the Z Flip4’s cover screen. As an S22 Ultra user before this, I had to turn the screen on and off to access that information.

But perhaps the biggest turning point for me is how the Apple Music app interface is actually presented and accessible from the cover screen. On the S22 Ultra, Apple Music no longer shows on the lock screen, only Spotify does. So, it really put me in a bad mood whenever I’m in the middle of a job and want to see which song I’d like to quickly skip to. Who would have thought? That the biggest attraction of the Z Flip4 to me would be how it handles an app from its biggest market rival.

Keeping an eye on that battery level

The Z Flip4 comes with a slightly bigger battery than its older sibling the Flip3. At 3,700mAh, the Flip4 has 12% more juice but that is still only 3,700mAh which isn’t exactly convincing.

I need to charge the phone at least twice a day and have to be especially vigilant with its battery life as well as my charging discipline because it takes 30 minutes to get it up to 50% (+/-).

Honestly, I used to dread using a phone that I’d have to unfold/unflip every time something important comes up but thanks to my days spent with the Z Fold3, I’ve grown accustomed to such exercise.

Setting the phone up took some time but they were enjoyable. From customising what widgets I want on the covers screen to getting used to what the phone’s flipping nature has to offer – which is quite a few but we’ll go into that in the review article.

In terms of performance, I haven’t really put the phone through any real stress yet so it’s still happily entertaining my day-to-day routine without so much of a hiccup. This isn’t unexpected, to be honest, considering this phone is running on an SD 8+ Gen 1 chipset and 8GB RAM.

But will it game properly if I want it to? How is the camera performance that looked sub-par on paper despite Samsung’s well-establish reputation in making good camera phones? I will share more in the in-depth review where I’ll cover not just the phone’s performance, but its qualities in other areas too.

Democratising 5G For All With The Galaxy A13 5G