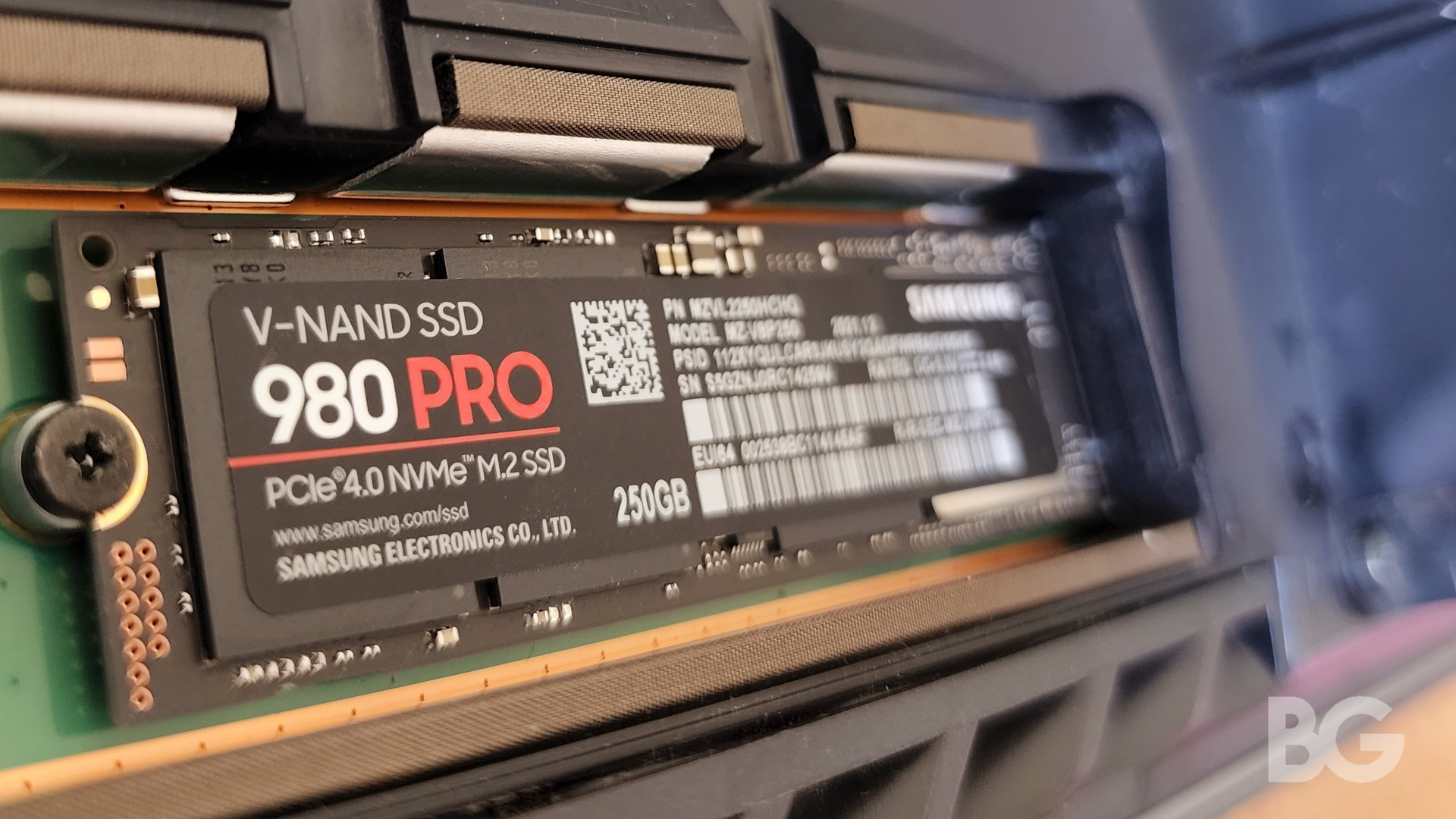 When it comes to speedy and worthy SSD, Samsung is known in the market as one of the best, if not already the best. They make high-speed, reliably built, and played a huge part with their R&D in making sure the prices of SSD are within the affordable range.

The Samsung SSD 980 PRO PCIe 4.0 NVMe is the latest range of SSD from the South Korean tech giant and personally, the best thing about this SSD other than its obvious build quality and speed is it’s compatible with Sony’s PlayStation 5 (PS5) console. 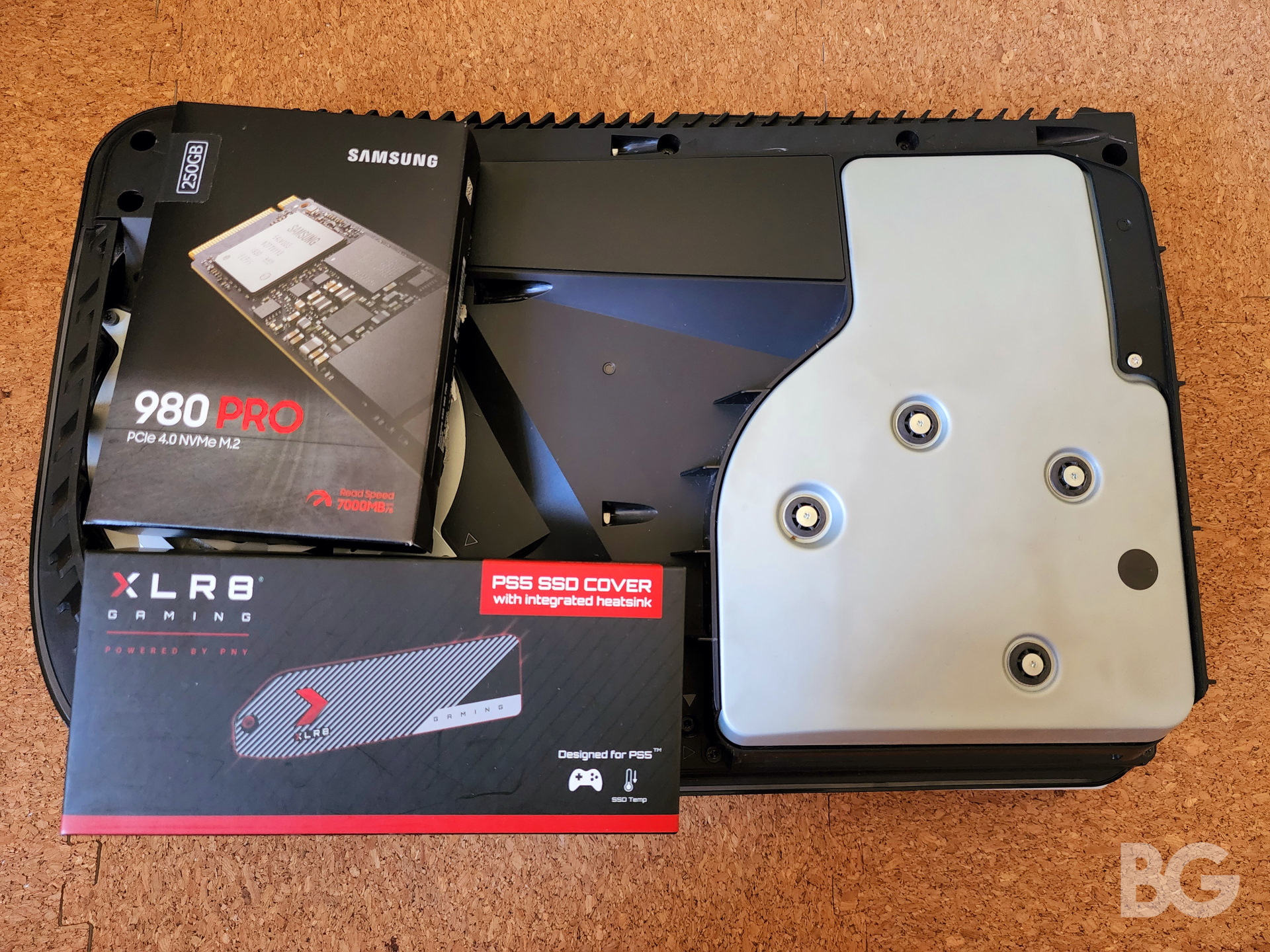 The PS5 itself comes with an incredible high-end built-in SSD that gives players an amazing gaming experience with its lightning speed and short loading time that became the console’s signature. But there is one huge problem with the PS5’s storage ecosystem and that is the built-in SSD only comes in at 825GB with roughly only 668GB being usable due to system files taking up a chunk. But fortunately, the console comes ready with an M.2 SSD slot for storage expansions and this is where we’ll put the 980 Pro to the test. 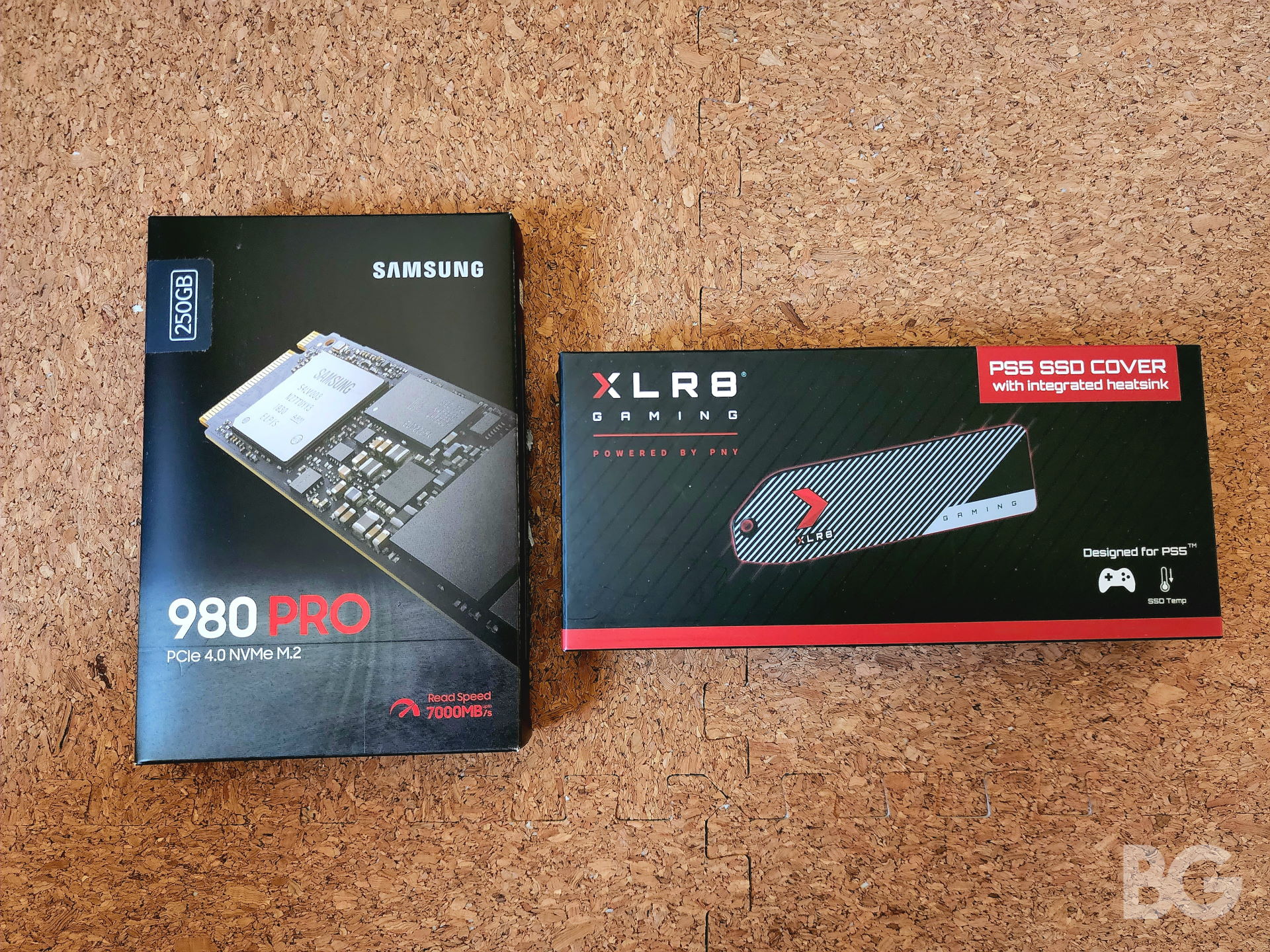 The 980 Pro is available in two types – one with a heatsink, and the other without. The sample we received for review is the one without a heatsink. Naturally, this makes it unsuitable to be used on the PS5 but thankfully, suitable third party heatsinks are easily obtainable. For this review, we used the PNY XLR8 heatsink that’s specifically designed to be used on the PS5. 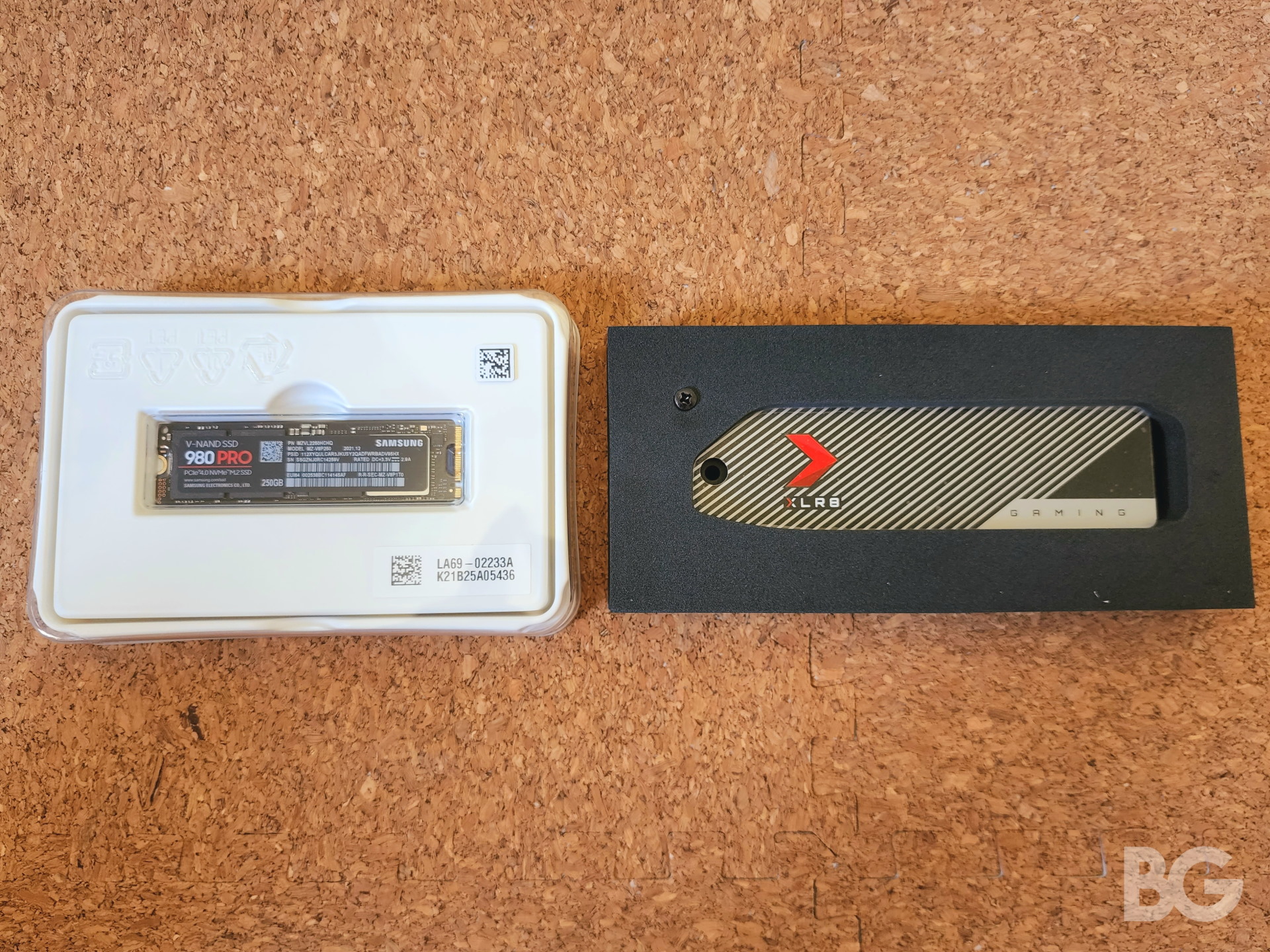 Installing both the SSD and the heatsink was straightforward, all I had to do was remove one of the PS5 cover plates, unscrew the existing protection plate and have the space ready to receive the PCIe 4.0 SSD. 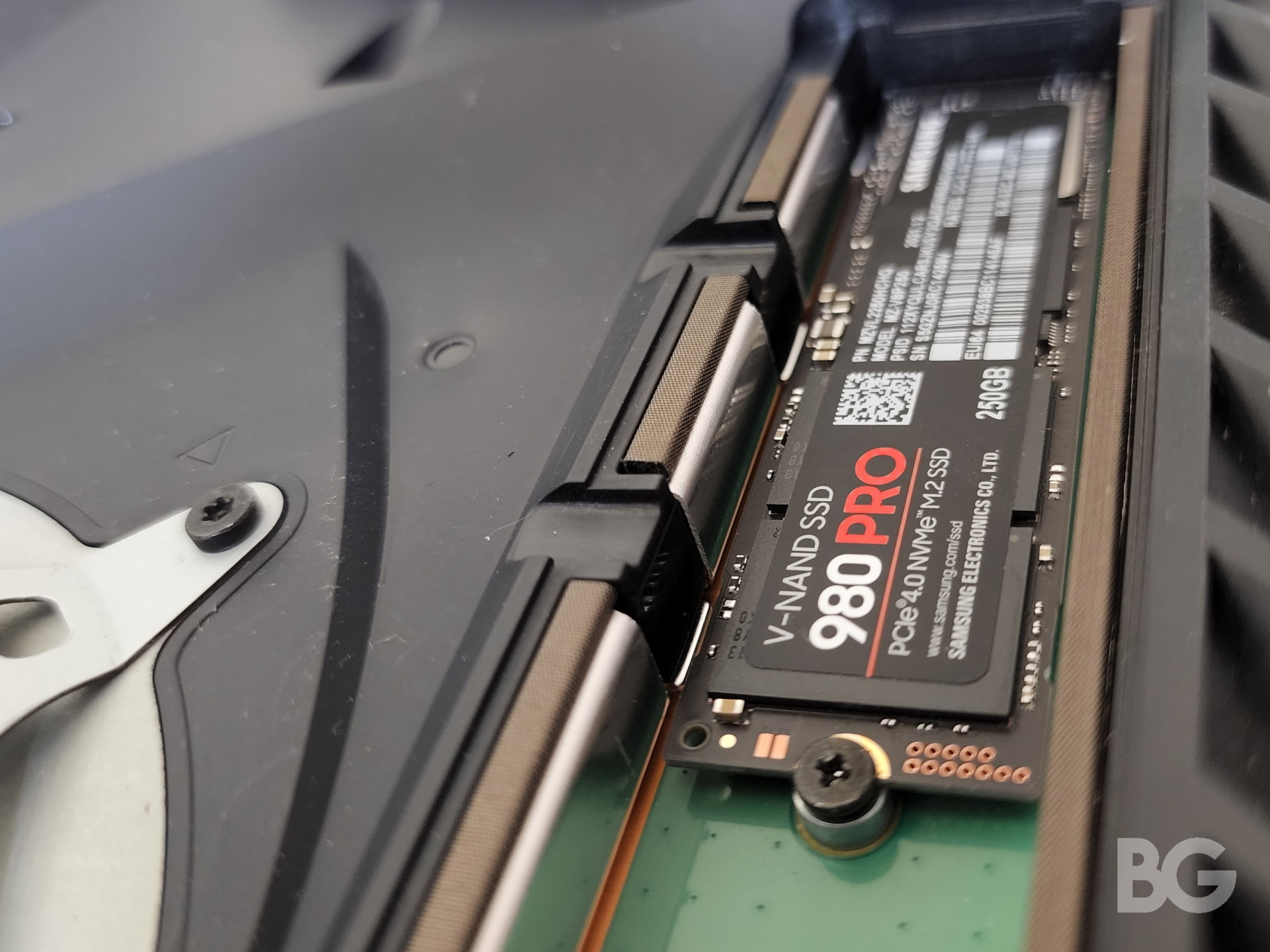 It probably took me less than 10 minutes from detaching the cover to sliding the SSD into its rightful position and having the screw-fastened again. Since the PNY heatsink was designed for the PS5 in the first place, fitting it onto the SSD was as simple as ‘plug and play’. 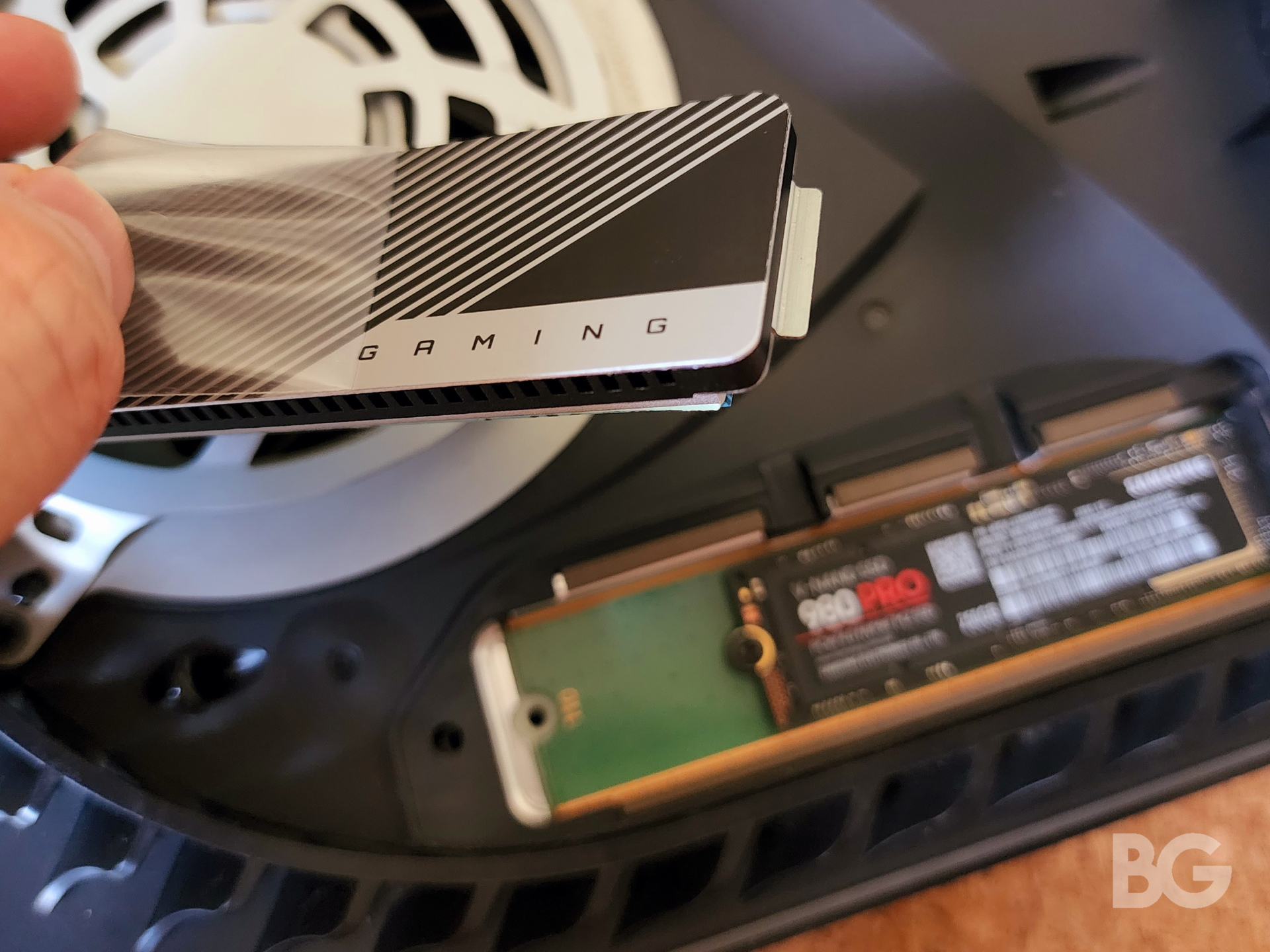 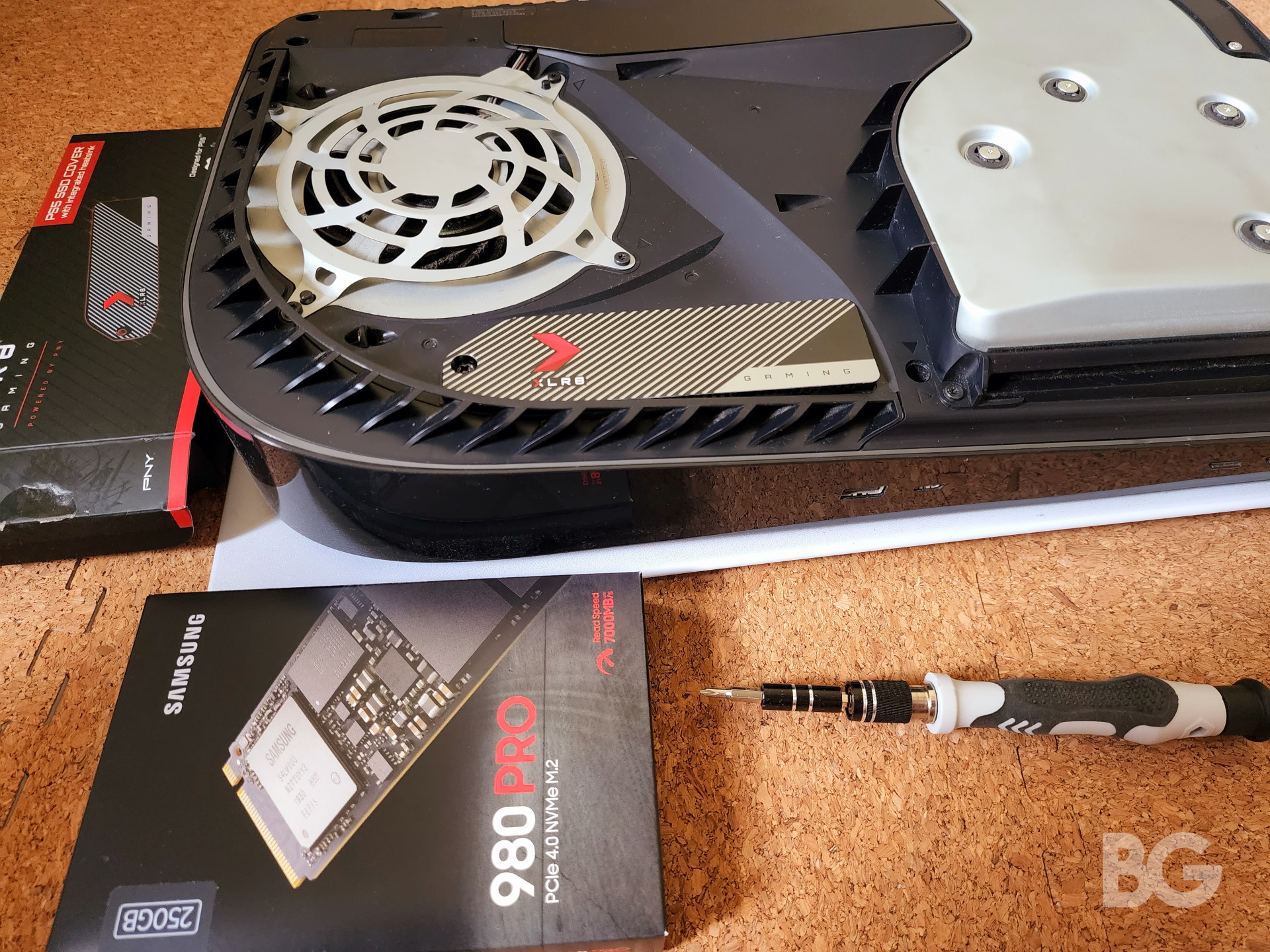 So, here comes the important question – is the Samsung 980 PRO PCIe 4.0 NVMe faster than the PS5’s built-in SSD?

The 980 Pro comes in 4 models – From 250GB to 2TB (we are testing on the 250GB type) and other than their storage sizes, here’s how their read/write speed differs for each model.

Prices are estimated based on our research on market rates on shopping platforms like Lazada and Shopee.

After firing it up for the first time upon installing the new 980 Pro, the PS5 proceeded to format the SSD, preparing it for the console’s use. I transferred some games from the original SSD to the 980 Pro to see if I could immediately feel the differences and though some games felt like they loaded faster, others felt more or less the same. I did a series of tests comparing the loading speed of eleven games, from the moment I fired them up to the point they reached the main menu, and I skipped through any skippable opening scenes. Here’s a table showing the result of my test. 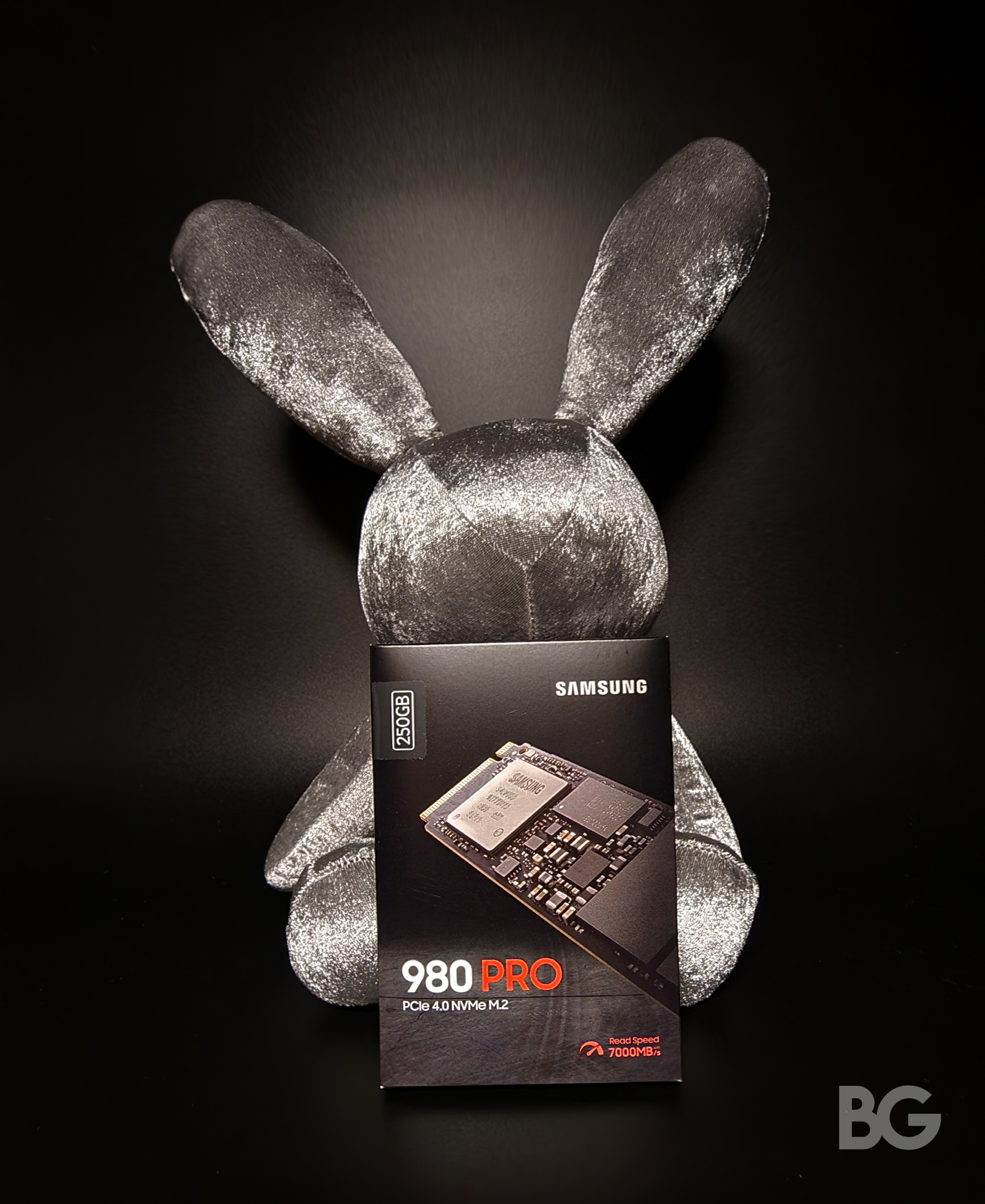 The Samsung SSD 980 PRO PCIe 4.0 NVMe is a great option if you are a PS5 owner looking for a good and reliable SSD to expand the storage on your console. It has an affordable price tag even if you wish to double your PS5 storage with 980 Pro 1TB. Speed-wise, it is without a doubt that the 980 Pro SSD is faster than the PS5 SSD here based on our tests. Even though some games recorded negligible differences, there are still instances where the differences actually resulted in time-saving. What’s even more impressive is the fact that we’ve tested the lowest-ranged sample of the 980 Pro that has the slowest read/write speed, and even so, it still proved itself the better SSD.

Catch Your Favourite Football Team In Action Through the Screen of the Galaxy A23!