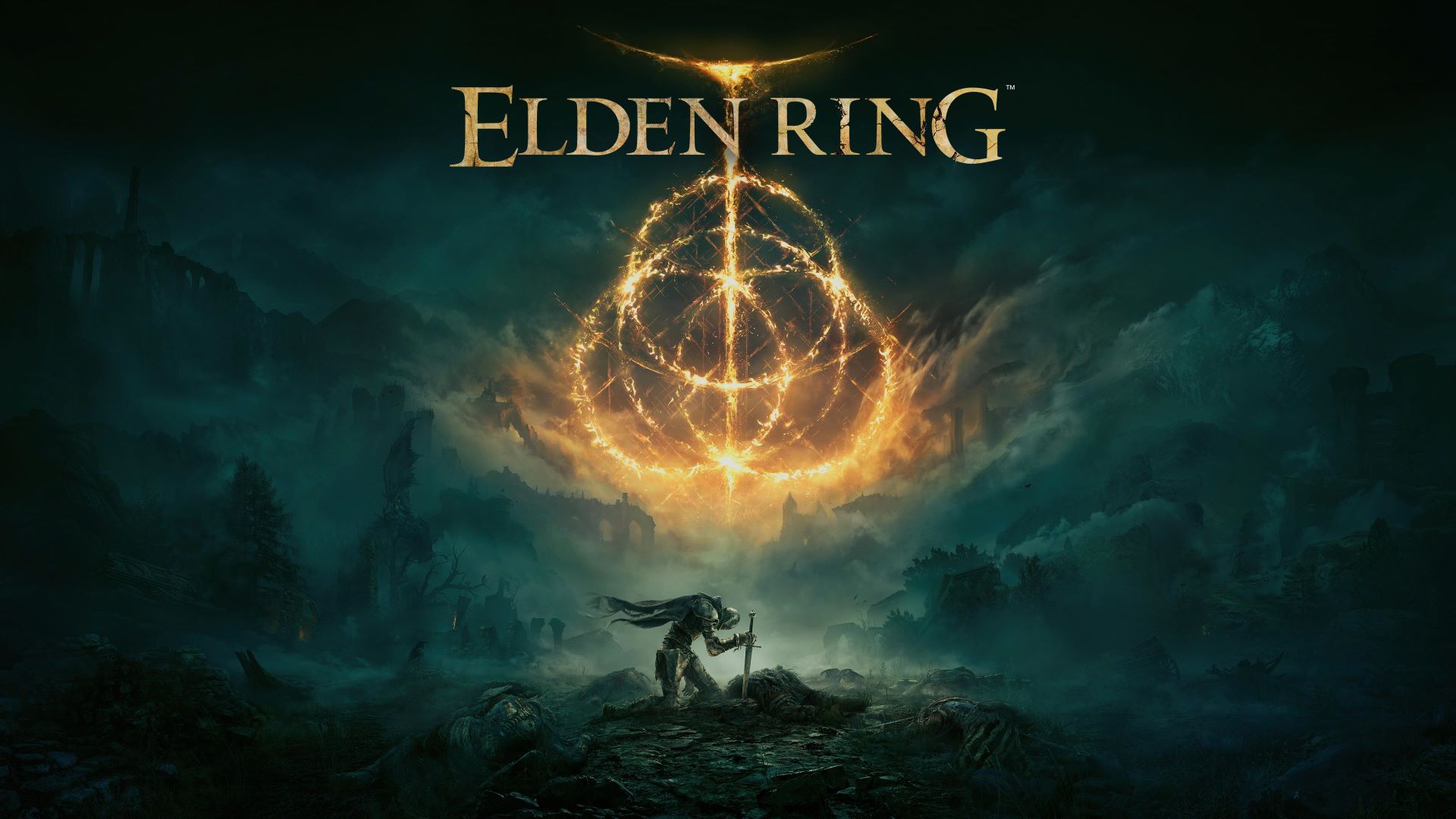 Elden Ring Review – Rise Tarnished, For The Masterpiece Has Arrived!

Developed By: From Software

Elden Ring comes from the acclaimed developers From Software responsible for the original Demon Souls, the Dark Souls series, Bloodborne and not forgetting the absolutely fantastic Sekiro which won many awards and topped game of the year lists in 2019, Sekiro: Shadows Die Twice. With each iteration, the Souls formula has been tweaked and grown to explore different aspects of how the series identity can evolve further. When news first broke of the developers working together with A Song Of Ice And Fire author George R.R Martin on a game called Elden Ring the hype levels truly shot through the roof.

Thanks to Bandai Namco Entertainment Asia we were granted the opportunity to review Elden Ring and I jumped on it like a man possessed as the first Souls game that “clicked” for me was Bloodborne. Since then, I have been a huge fan of the series and even got the chance to participate in the recent Closed Network Test and died countless times gloriously, but I absolutely loved every single minute of it. In the spirit of full disclosure, I am now 40+ hours deep with the final game and just about done with the second major area of the game with a massive amount of fighting and exploring to go. Has the hype for Elden Ring been warranted? Is this game truly as amazing for those of us that were anticipating it to be? Elden Ring is a brutal, unforgiving, punishing, massive challenge that I am absolutely loving every single minute of and I can’t wait to jump back in to experience more of it. 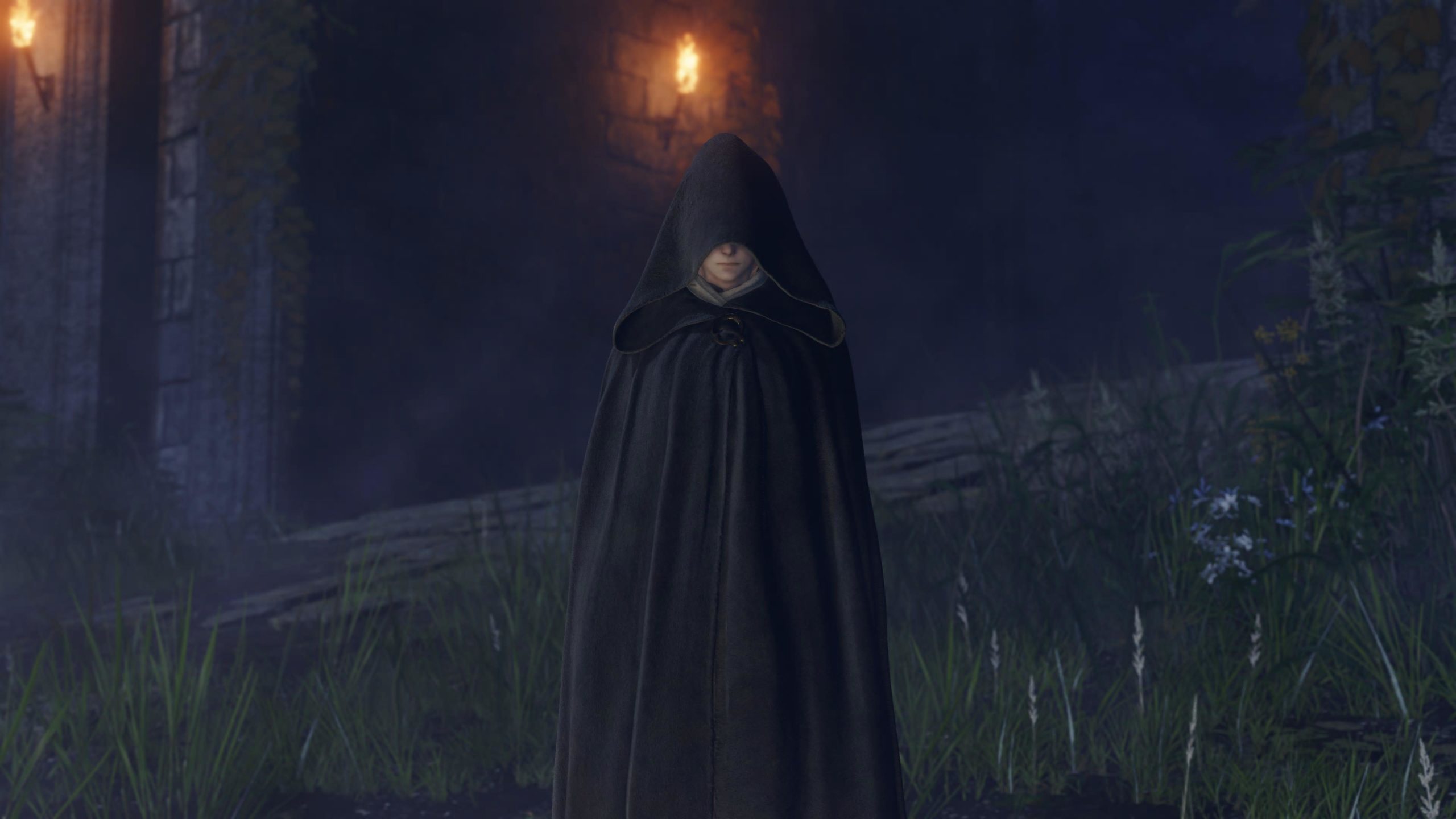 Cower In Fear Of The Night

Elden Ring takes place in the realm of the Lands Between where a calamitous great shattering has occurred that split the ring into Great Runes spread across the land. Demigod offspring of Queen Marika possess the Great Runes and rule over the lands with impunity. Players will take control of a Tarnished, one of many that is destined to confront these demigods to collect these great Runes, restore the Elden Ring and become the next Elden Lord.

If you have played a Souls game odds are you would be familiar with how when it comes to the lore and story the prevailing feeling I always get through the journey is how rich and deep it is but is always told in a subtle way and left in the background available for those who seek it out. That does continue with Elden Ring but there is a much bigger emphasis on how much richer and more in the forefront the storytelling is being done. I’m not saying that there are dedicated quests tabs now but every single conversation with an NPC always reveals a deeper angle, notes found in the wild, enemies, and even locations themselves tell a story of their own that all melds together beautifully in making me as the player feel how deep the worldbuilding in this game is.

Recognizing that for me is essential as I was worried how the traditional worldbuilding would translate over to an open world setting and I really got to say they absolutely knocked it out of the park. The world in Elden Ring is absolutely MASSIVE and there is always something of interest or beneficial to your survival (or something trying to kill you horribly) around every corner. 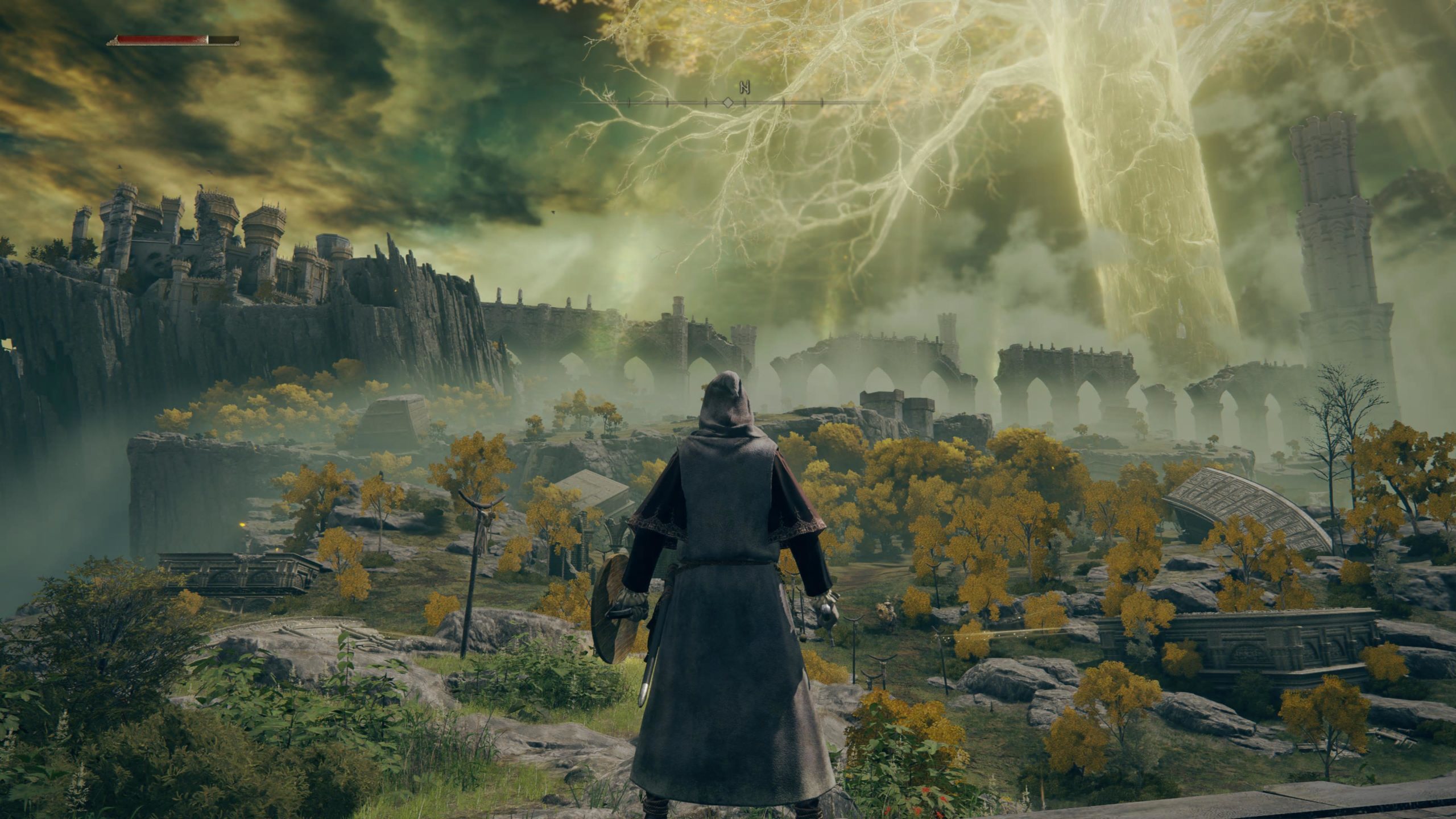 Weave Thy Night Into Being

In comparison to the recent Closed Network Test, Elden Ring does look much better graphically. On the PS5 there are two graphical modes to Prioritize Resolution or Prioritize Framerate. There are better lighting and shadows with the resolution option, but I ultimately chose framerate as it wasn’t a huge graphical leap and having a smoother experience was worth it. I do have to mention that the framerate in resolution mode felt rough enough that I was uncomfortable playing with it on and the smoothness in framerate mode does drop off in some rare instances. The game also supports HDR and although I wouldn’t call it one of the better games with great HDR implementation it was worth the inclusion.

What never fails to impress me is how the art design in Elden Ring is just always awe-inspiring and at the same time anxiety-inducing. I don’t think I have ever played a game that made me feel slight vertigo, but this game did. I even managed to find an elevator that took me to the depths of a lake to what I can only describe as some cosmic horror inspired location in which I shortly after exited to safety.

When it came to sound design, the game performs as good as expected. I don’t think there are 3D audio-specific features included but the sound effects from the clashing of swords to spell casting are appropriately realised. The soundtrack is another highlight as whether it’s the impending dread of the danger in exploration to the bombastic operatic orchestral music during boss battles, it is just such a perfect delight. 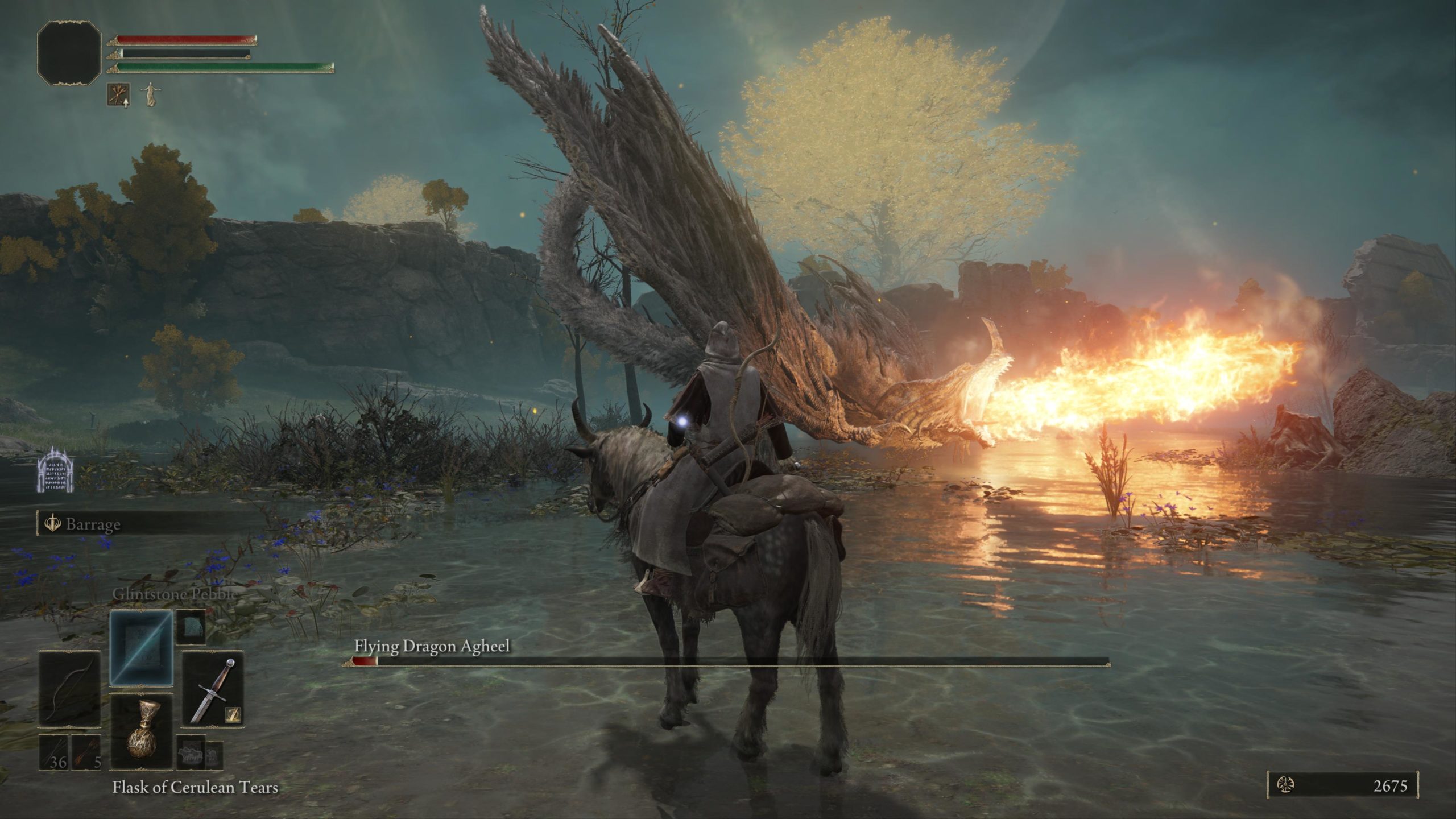 Ye, Will Be Countless Born Forever And Ever

There are ten starting classes ranging from the magic focused Astrologer to the barebones Wretch in true Souls fashion. What was such a surprising delight is how deep the character customization was. There was just so much to tinker with and usually when it comes to character customizations, the controller gets handed over to my wife and even she kept commenting how many options there was. It took her a cool while just getting the right look before I jumped in as a female Astrologer.

The West Limgrave region that was available in the Closed Network Test is the starting area for every player’s journey and armed with that knowledge I had a pretty good idea of what I needed to do. Like I mentioned earlier, the open world is massive and provides a high number of points of interest that are essential in every player wanting to make serious progress in their journey. There are dungeons, caves, and ruins that almost always contain a chest with a valuable weapon or talisman to provide important bonuses. There are open-world optional bosses that you can take on that also give rewards when you defeat them. There are NPCs that you will meet along the way (strong tip: exhaust their dialogue) that will end up as surprising allies in tough fights or enemies that invade you and try to stab you in the back. There are also what’s called Evergaols, sort of like a mini closed off arena for players to take on a very tough enemy. 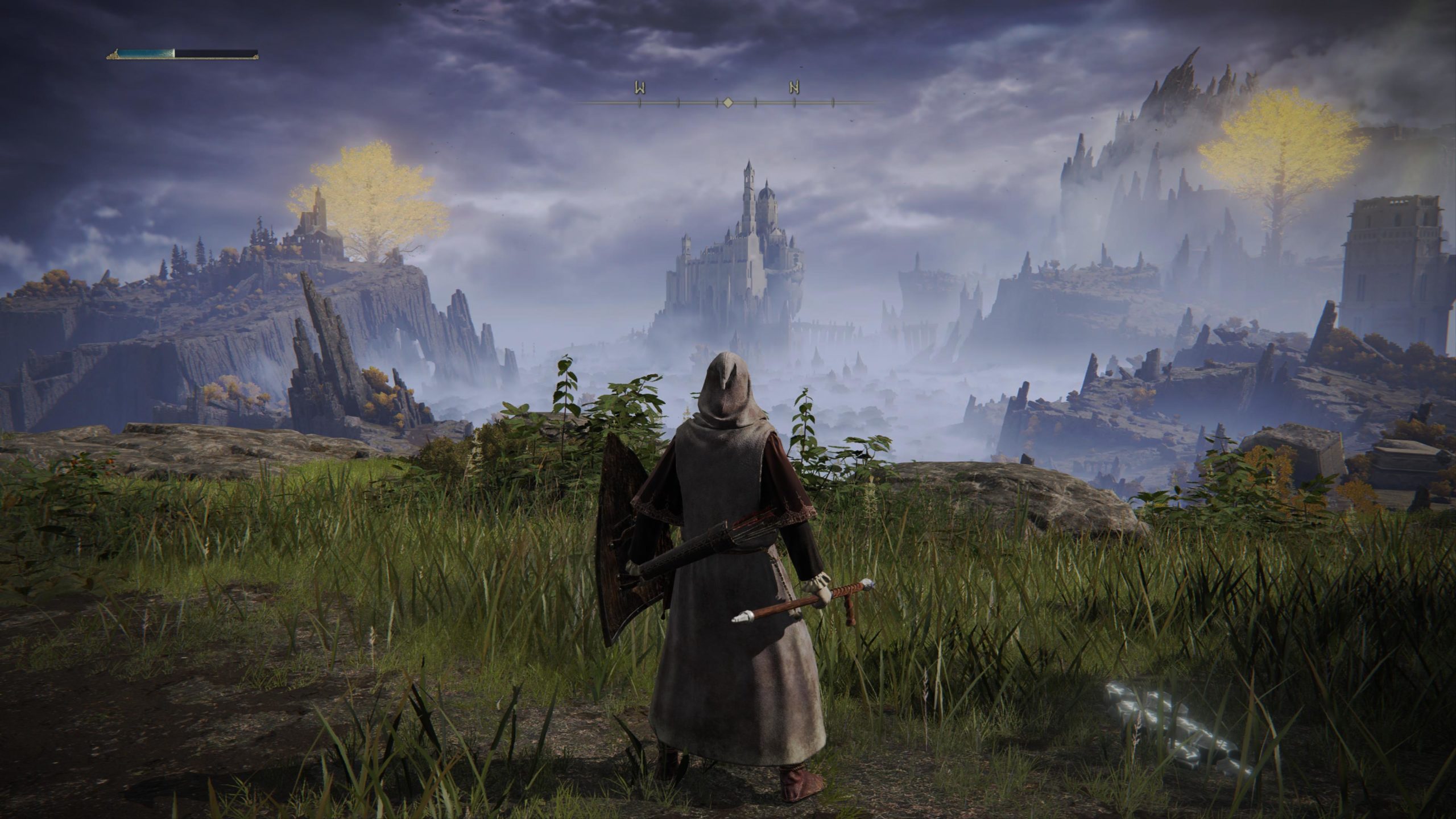 The developers have mentioned that Elden Ring would be easier than their previous efforts but honestly, it really isn’t. There are very few instances in the game where you can relax and not feel like you might die in two seconds even in an open world setting (as some sniping giant lobsters love to do). What has changed is how they expanded the options afforded to the player in dealing with these tough situations. There is quite an array of weaponry to choose from magical staffs to hammers and what’s cool about it is how the player can customize them further following their own playstyle using the Ashes of War or weapon arts that can be affixed to them.

Aside from the traditional archery options, magic also comes back expanded with multiple types. There are Glintstone Sorceries or Blood and Death Sorceries. There is also another variation called Incantations which splits off into the Holy, Fire and Blackflame subtypes. Aside from that there are Spirit Ashes essentially summons that can be called at specific points in the game for additional help in dealing with difficult areas or bosses. There are also now 3 different types of flasks with your Sacred Flasks for HP and FP and the Flask of Wondrous Physick which can be tuned by finding the appropriate crystals out in the world to boost healing or stat bonuses. There is item crafting as well as by collecting or purchasing cookbooks players can craft a multitude of items to help them offensively or defensively in any situation. 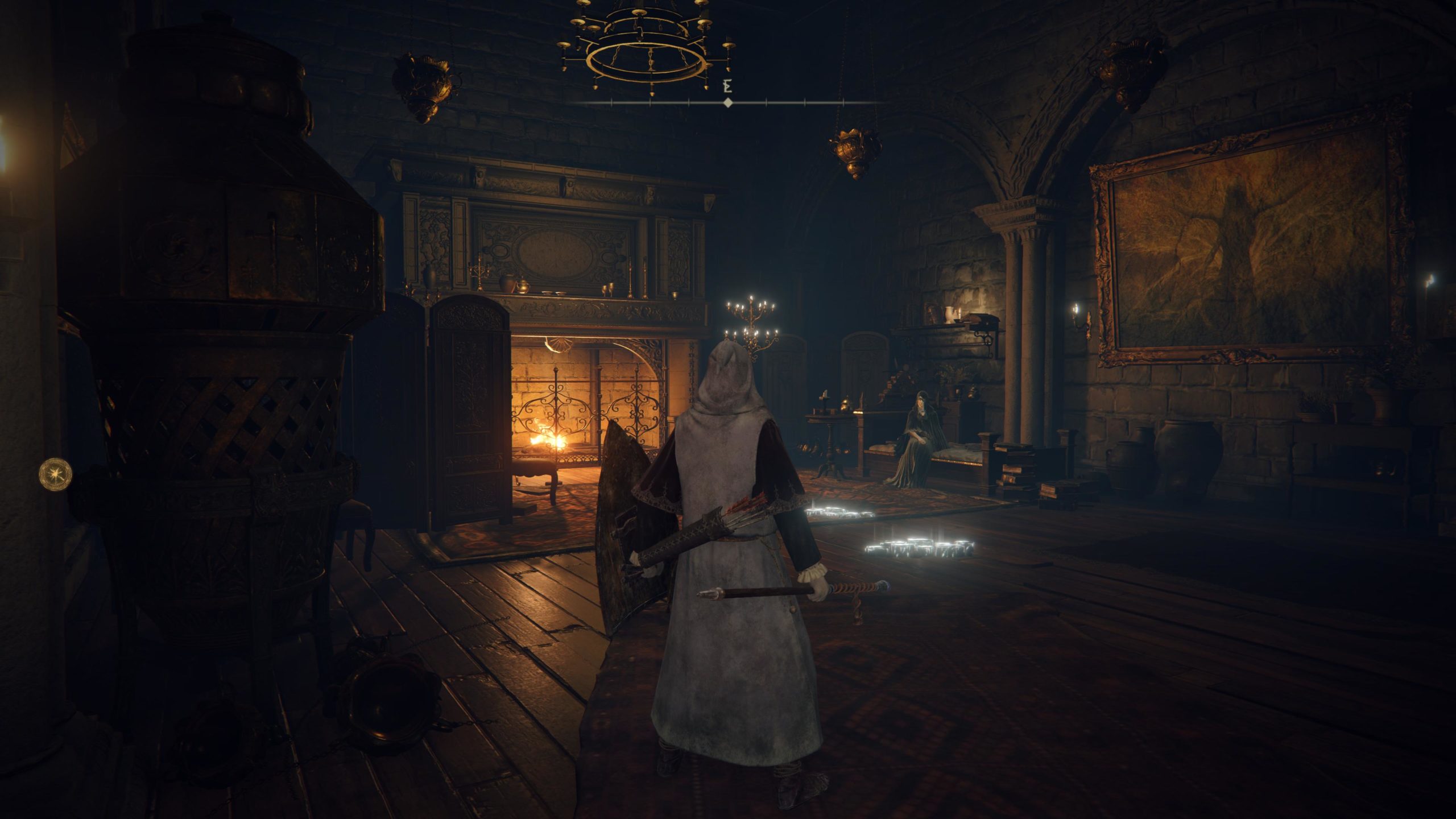 To further ease in the frustration as well the developers have elected to place more summoning posts around the world, not necessarily just at boss encounters. In some instances, players can summon NPCs that can really turn the tide in some battles in case there are no players that come to assist.

If I’m being honest and at this point, it’s just guesswork but I can safely say that for completionists like me who really want to see everything the game has to offer it will most definitely take you past the 100-hour mark due to the difficulty and also how massive the world is. I honestly cannot stop stressing how massive the world is. My jaw kept dropping each time the map grew bigger. I really never expected the level of content on offer with this game and I still have three major areas to go through. 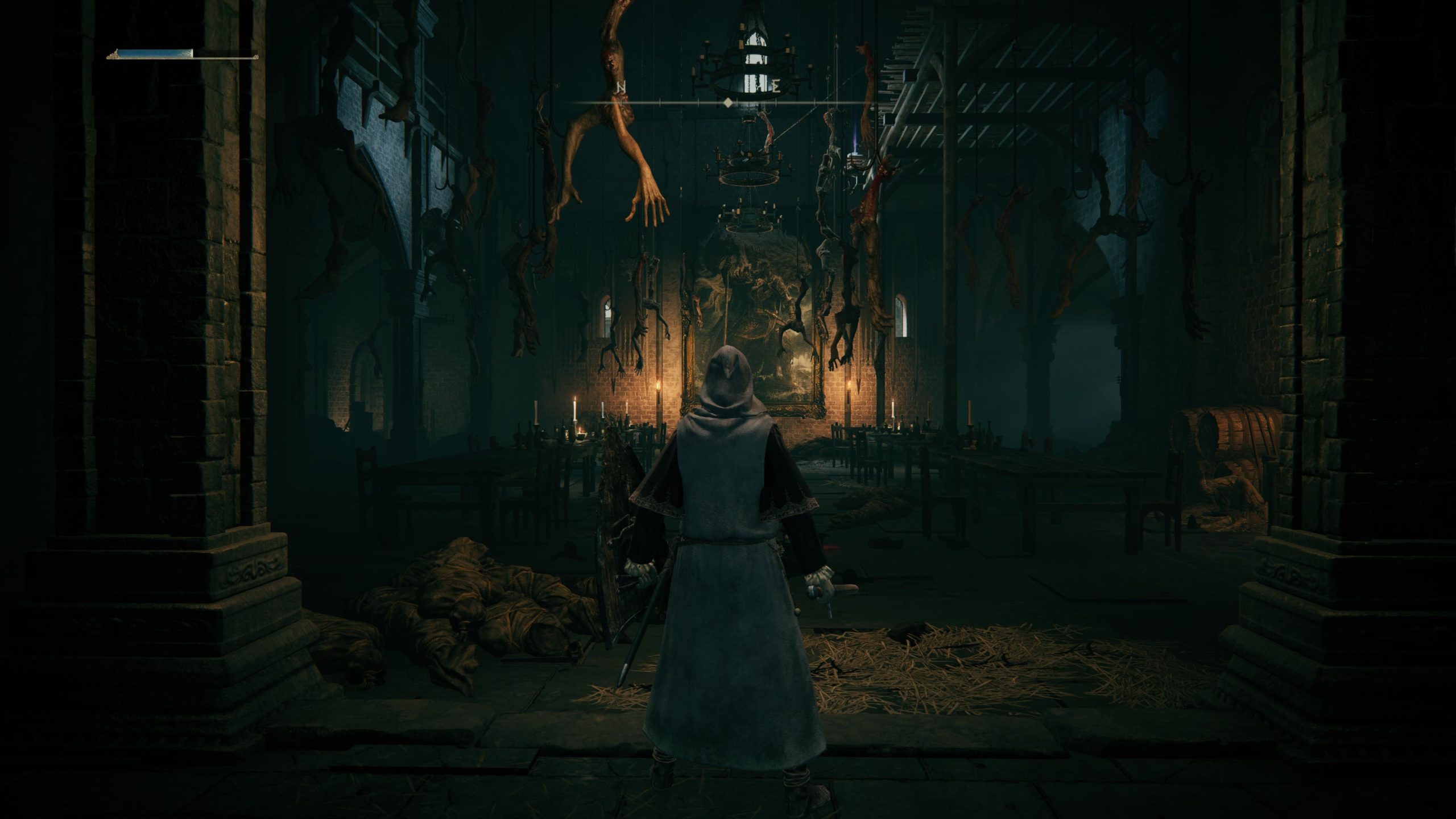 What I Absolutely Loved 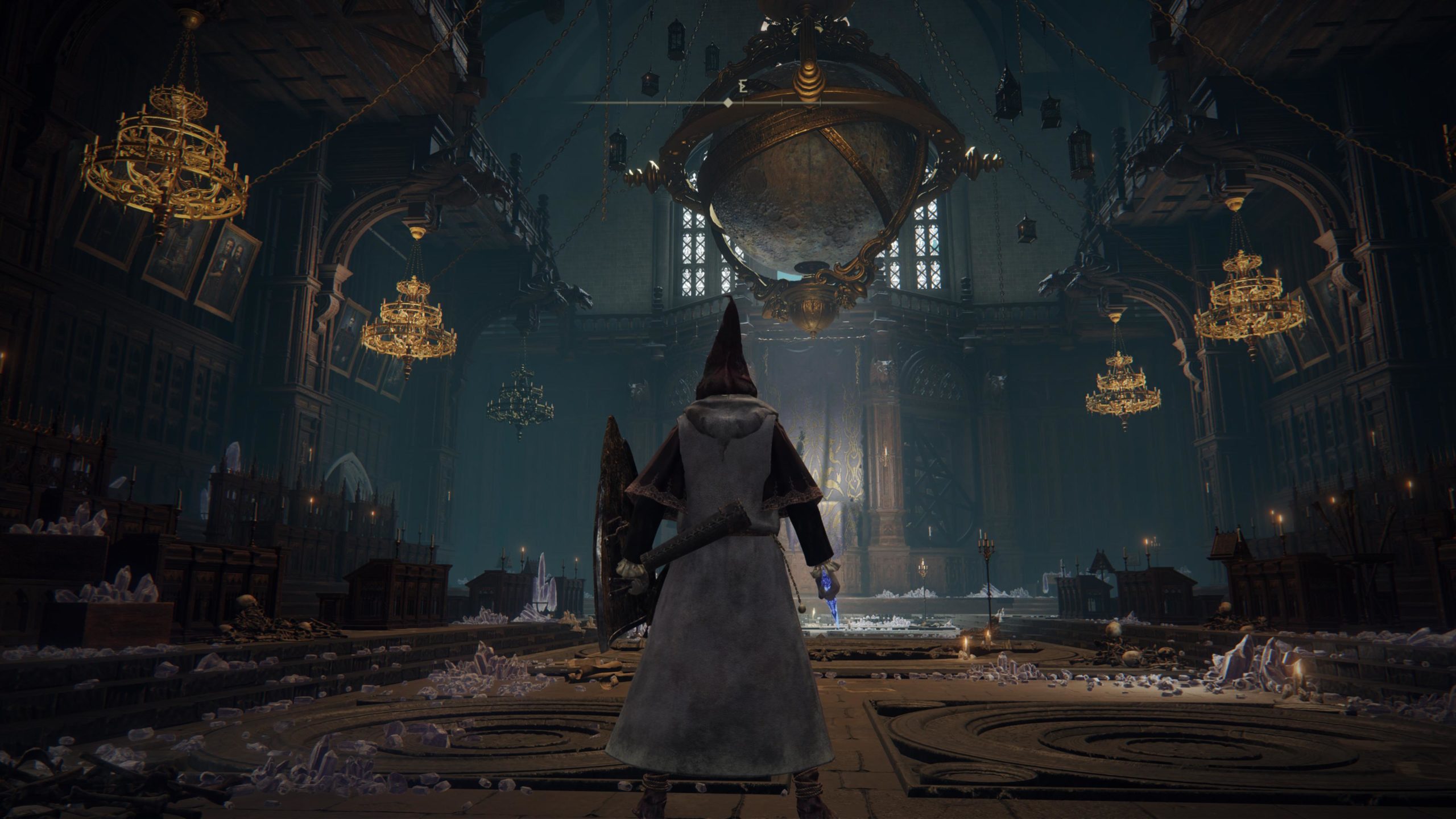 What I Feel Will Be An Issue With Most People 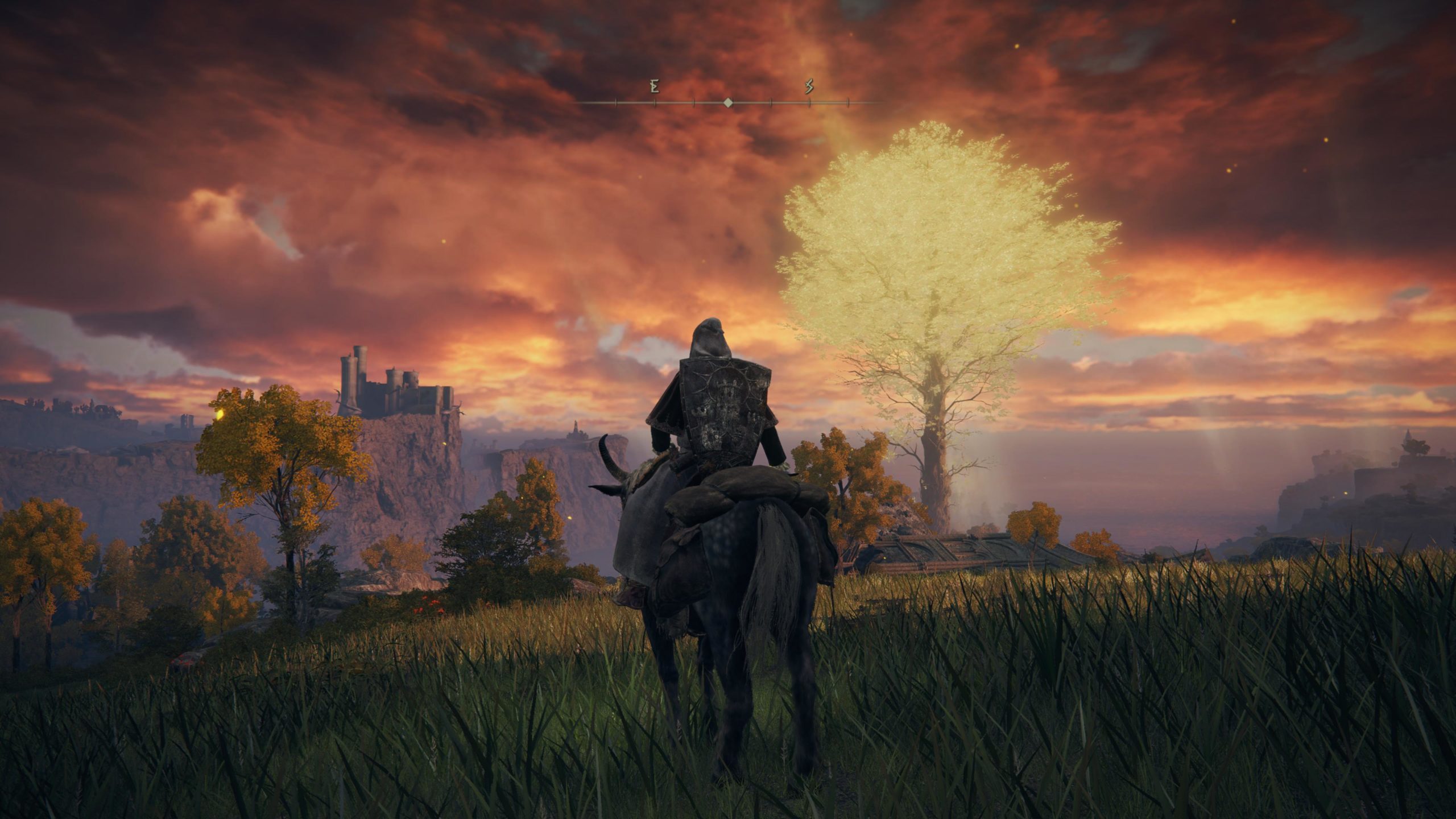 When I fought the first demigod Godrick the Grafted, he wiped the floor with me more times than I could count. Some runs it was brutally short and other runs it was so close to the end only to be heartbreakingly down to just a mistake. I kept going. There were some runs where my wife would sit next to me and just stay fixated and be disappointed together with how difficult that fight is. I kept going. Then I start to recognize patterns. I start to see the windows of opportunities. I start to see how he moves, the delay in his attack timings. So, I make a gamble by taking no health flasks because he takes me out in one hit anyway, but I stock up to the brim with FP (mana) flasks. Then I chip away slowly by distracting him with my summoned Spirit Ash, dodging his attacks with perfect timing and just throwing magic at any window I can find. Then I beat him. Godrick the Grafted has finally fallen.

Now I know one of the biggest issues surrounding Elden Ring will come back to how accessible this game will be because of the difficulty. If you are a veteran Souls player, you will feel right at home and will probably jump for joy with how expanded your options are. For new players, it might be very intimidating because, in true Souls fashion, the game does not have training wheels at all. It’s sink or swim.

Throughout my ongoing playthrough, I kept going through the gauntlet of being amazed, horrified, frustrated, accomplished, and satisfied but never once did I feel like I wanted to stop playing. There is something hypnotically special about this game which a very few rare games offer now and that’s not in any way related to bragging rights. It’s about how if you believe in yourself, you can overcome absolutely anything. I still have (probably) a long way to go in my journey through the Lands Between but I’m sure in one way or another I will meet some of you on this masterpiece of a journey.