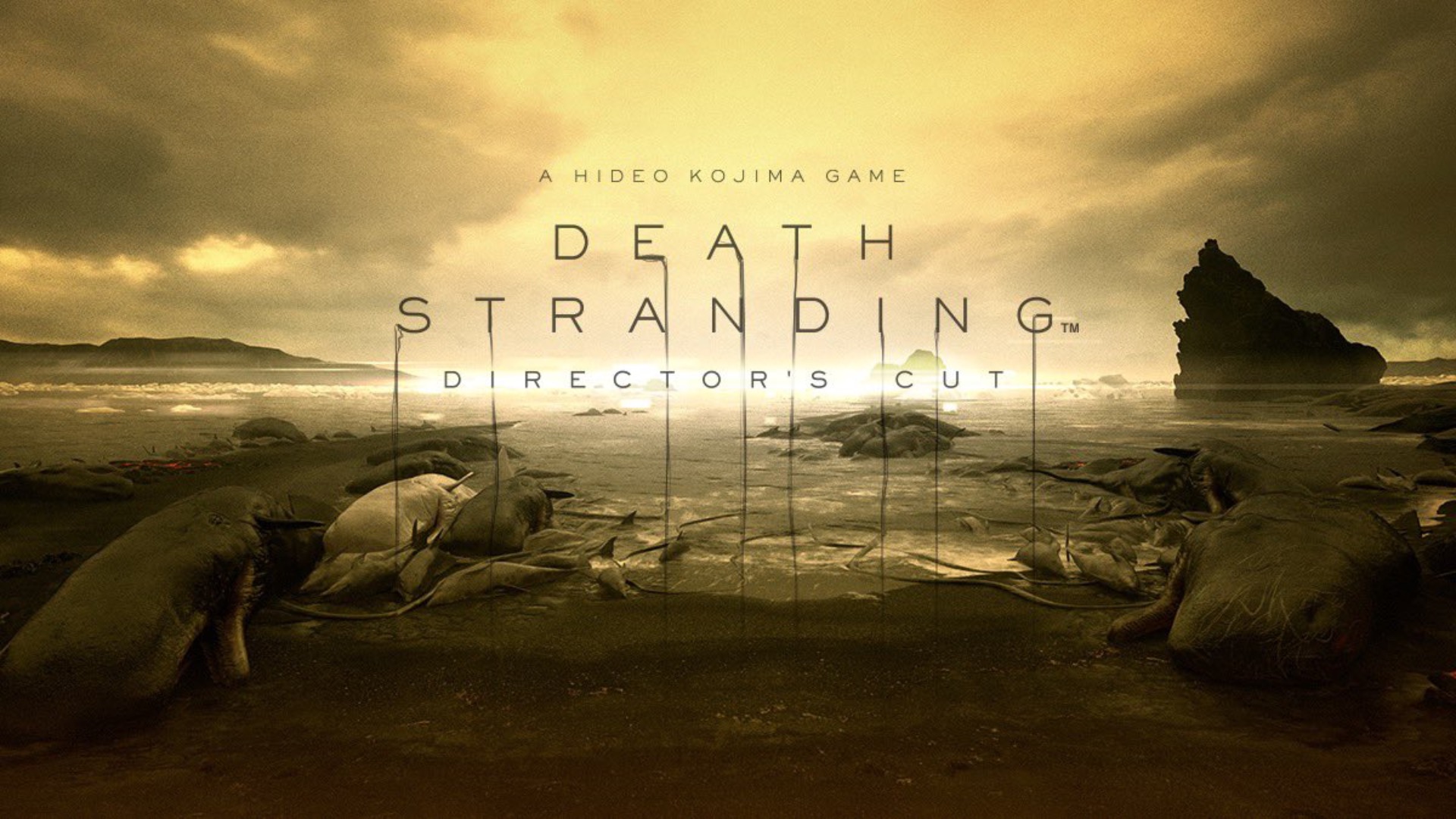 When Death Stranding was announced to come out in 2019, I was in the same camp as those who thought Hideo Kojima was worshipped way too much by some of his peers in the games industry and fans alike. My personal opinion on that topic hasn’t changed much since then however when I had to experience Death Stranding in its entirety on my own, I really was in awe of what the man had created. There are tons of great games and better games that each and every one of us enjoys but there are these selected games that leave such a lasting profound experience with us that we treasure. Death Stranding was one of those games for me and at the time I really firmly believed it was an important game for the industry.

Thanks to PlayStation Asia, I had the pleasure of diving back into Death Stranding with the Director’s Cut but instead of reviewing the entire game once more, I think that I would like to instead talk about what the Director’s Cut brings to the table. If you would like to know what I initially thought of Death Stranding back when it was first released, feel free to read my review here.

For those who have not played Death Stranding yet, the game tells the story of a man called Sam Porter Bridges (played by Norman Reedus) who is a delivery man in a somewhat barren wasteland of the former United States of America. It isn’t long before he is recruited by familiar faces to help reconnect the nation one step at a time. The very same catastrophe that has laid waste to the country is the very same that stands in his way with BT’s and Homo Demens providing sometimes insurmountable challenges for the player.

I always liked to get the platinum trophy for games I loved playing, but Death Stranding was just that one game I kept pushing back to get to. That’s because since putting out my initial review there were just other games that took my attention away. I felt glad to be able to have this time back with it because I personally do feel that the storytelling now is just as effective as it was then. The world-building, lore and characters are still fantastic, and the emotional performances are amazing. If you really have not experienced the story in Death Stranding, I’m still going to wholeheartedly recommend it. Does the Director’s Cut include some major revelations that would drastically alter the main narrative? Probably not but the additions certainly warrant the journey back for fans who have thought of re-experiencing the entire journey once more. 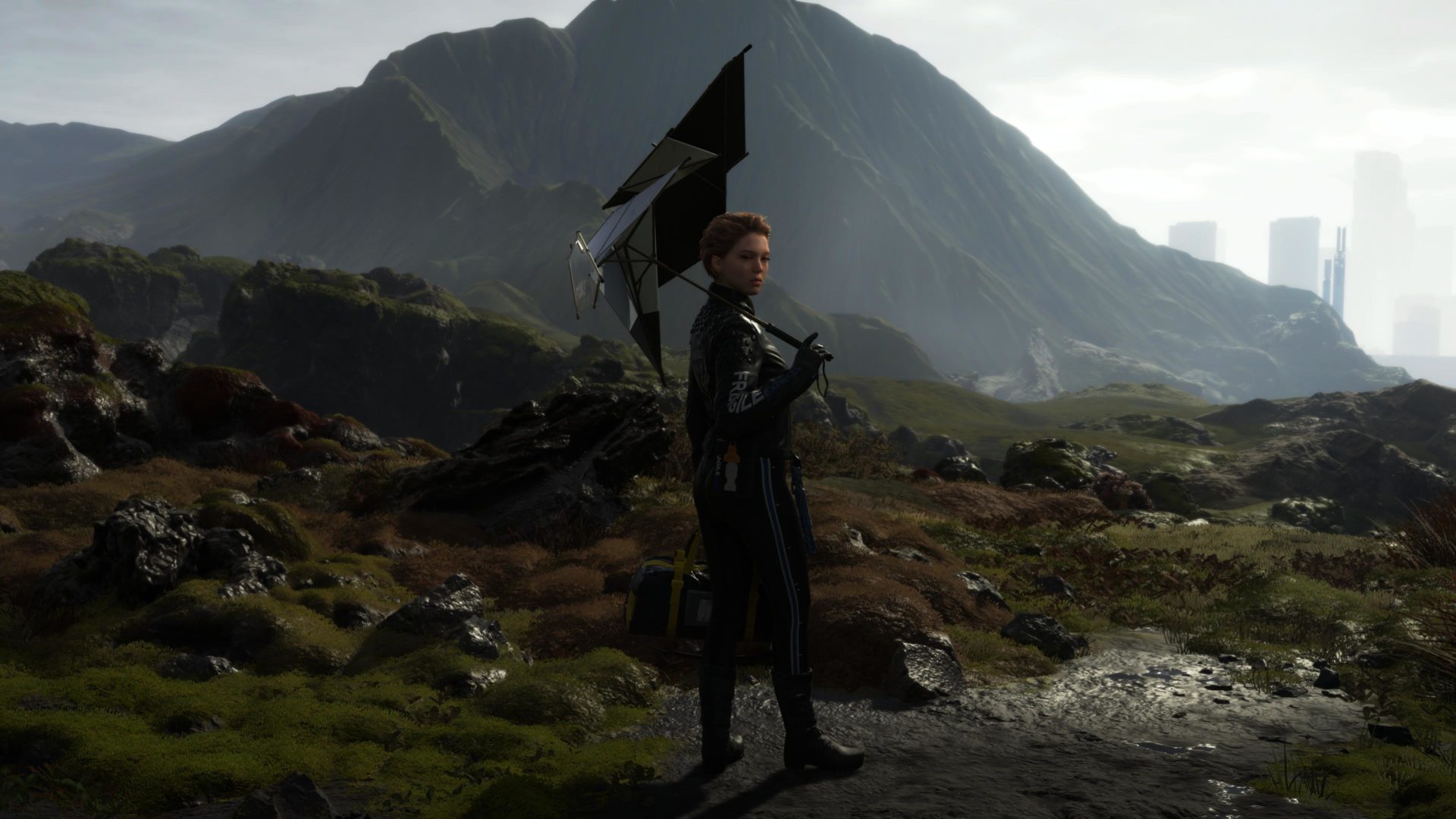 The Day Is Ending

On the PlayStation 5, Death Stranding Director’s Cut features two modes which as you have guessed it are the Performance and Quality modes. Performance mode has an upscaled 4K image with up to 60 fps and the Quality mode is with native 4k image quality. Of course, both modes are also available in HDR and it supports ultra-wide resolutions. Well, I can’t really talk much about the ultra-wide support as I don’t have an ultra-wide display but I do have thoughts about the rest.

To be honest the new console generation has kind of made me a frame rate snob. With more and more games having the 60fps (or more) option It just makes it harder to go back to anything less. With games that have that option, regardless or not if the image quality looks better I just really appreciate the smoothness. Death Stranding in native 4k looks amazing however the micro-frame drops just became very distracting especially in cutscenes and for me, that’s kind of disappointing especially since it came out as a PlayStation 4 title. Performance mode so far has been smooth and still, it’s been amazing and the upgrade for the most part is impressive. It could just be me too but I also think the HDR feels better tuned? I mean I don’t consider myself too much of a technical person on this, but it really feels like it is another upgraded aspect, or I could have just been away from the game for quite a while.

The sound design and the soundtrack were great in the original release but now with the power of the PlayStation 5, one of the new features is 3D audio. The other new features also include the haptics feedback, adaptive triggers resistance on the Dualsense, and also super-fast loading because of the SSD. I could just be in the minority on this but the PS5 features are a little underwhelming. 3D audio has been hit or miss for me and this is one of those games where it doesn’t really feel so great. When it comes to the haptics, yes there is some but it’s not as much as I expected it to be and the same goes for the adaptive trigger resistance. It feels very bare minimum implementation and although the fast loading is fantastic it can also be subjected to how fast you connect in online mode. 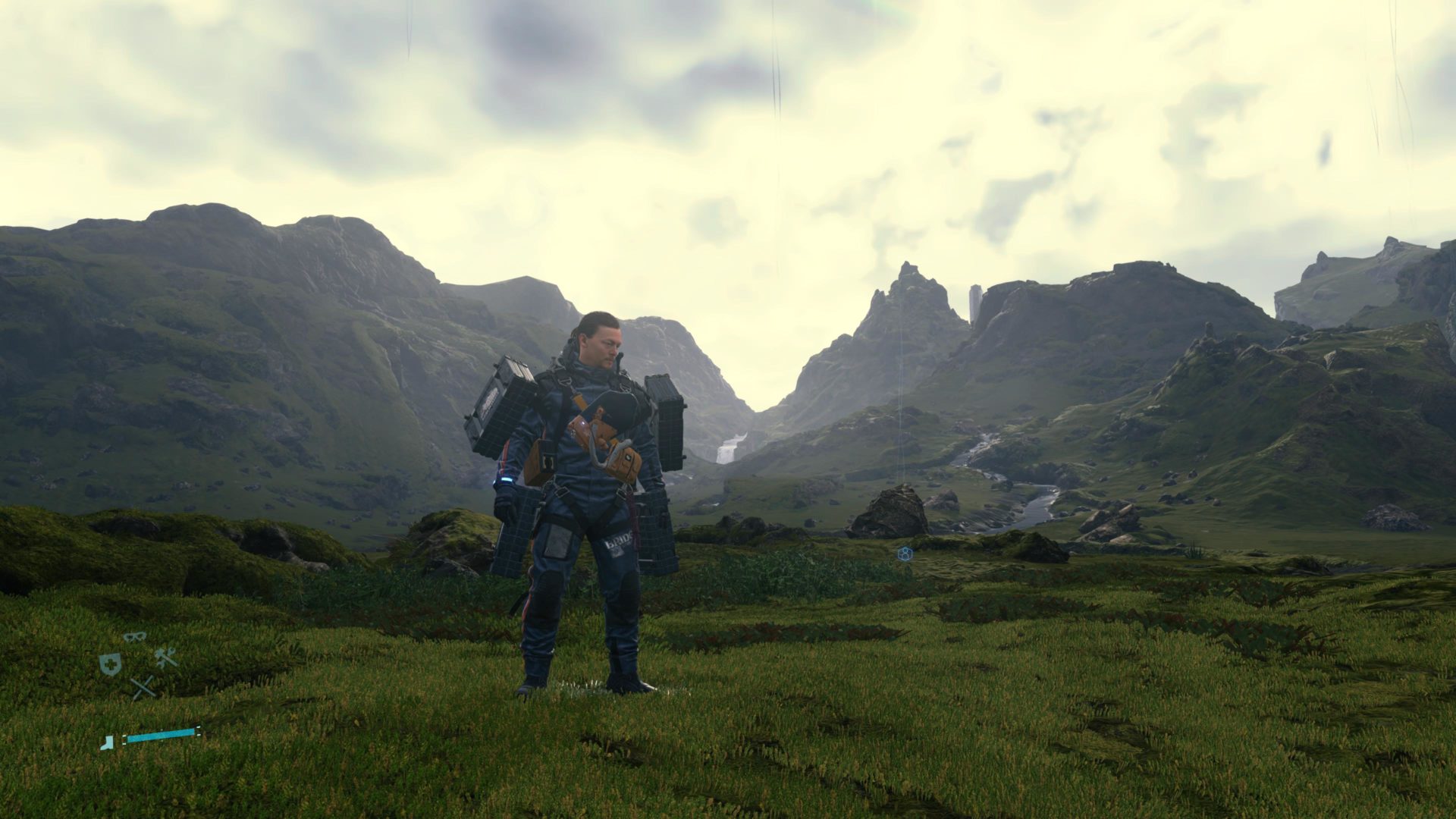 Let That Yawn Out

Aside from the new stuff from the Cyberpunk collaboration, there are a few new things that players can expect. One of the first new things is the stabilizer which is sort of like a jetpack as it has thrusters to lessen the impact from landing from a height. It’s great for crossing chasms and high places instead of needing to bring a lot of extra equipment like ladders and such for traversal. There is also the catapult in which you can shoot your cargo across a distance for more efficient deliveries or the buddy bot to carry extra loads.

There are new facilities introduced as well like the firing range where players can test out the various weapons in the game to familiarize themselves and get good with but one really interesting aspect of this is how there are drills that players can participate in. There is quite a good number of drills with varying objectives and difficulty levels to really test players and their capabilities. The Racetrack is also a new and interesting activity that players can participate in. Just bring the required material amount and you can use your own vehicles, or the ones provided at the racetrack. The new activities are part of a new online ranking system for competitive players which also extends to replaying boss battles and more. I’m not really a fan of racing games but the new racing activity is just okay. Others might get more enjoyment out of it.

All in all, there is quite a number of quality of life upgrades and even personalization with more customization options that have been included in the Director’s Cut to just basically make the journey easier and more welcoming for players and I am one who appreciates that especially being away from the game for a long while. 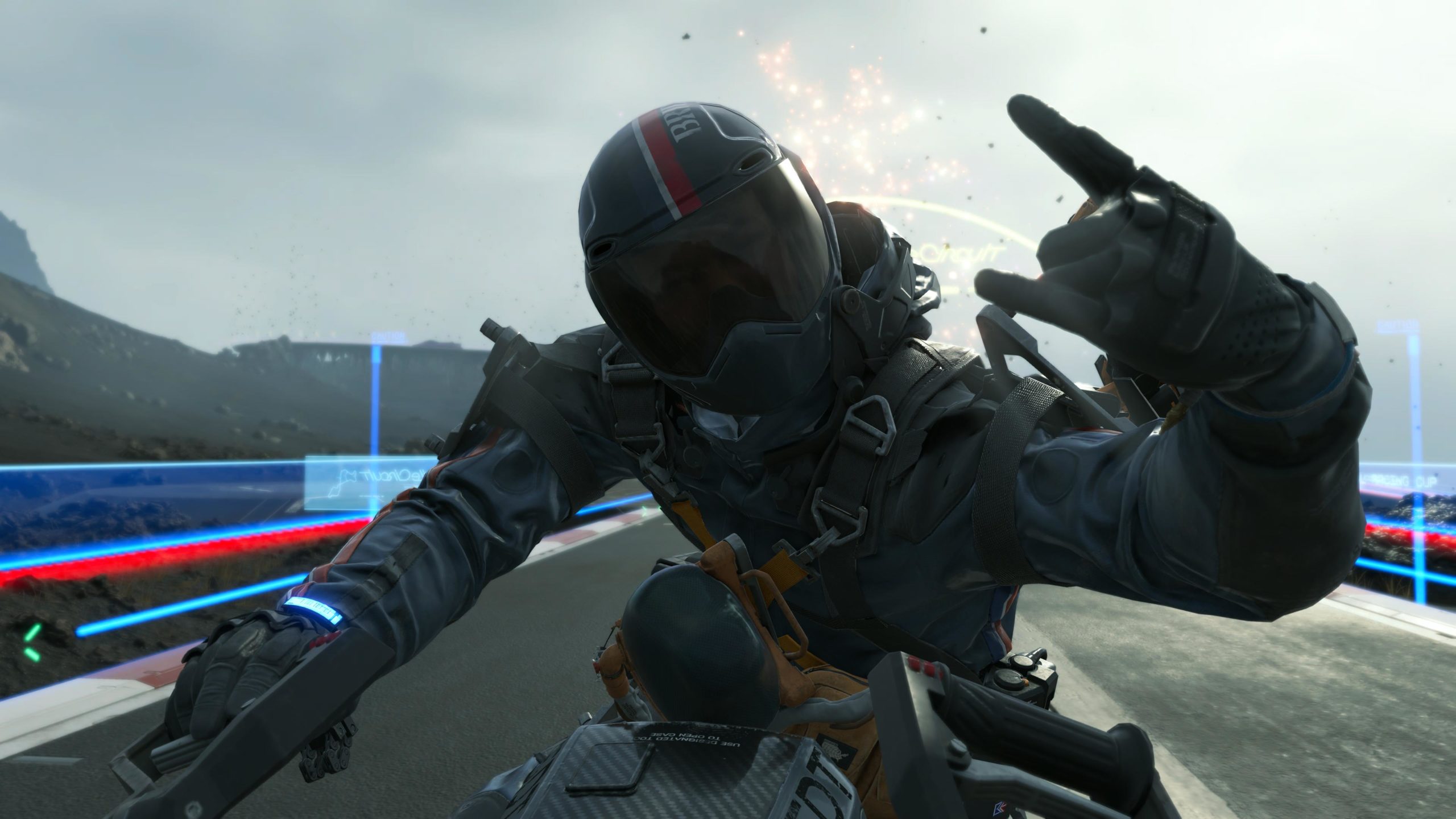 There is No Pretending

I think it was a short while after the Director’s Cut was announced that Hideo Kojima himself said that he didn’t really feel comfortable calling this new and improved version that. I think after experiencing it for myself I can understand where he is coming from as this feels more like just the Definitive Version rather than a Director’s Cut. I mean that is not really a bad thing as for me at least Death Stranding is a unique and special experience. The score that I’m including here is just the same score I gave in my original review but I do think that the more important aspect to talk about is if this Director’s Cut provides enough value for the upgrade. I feel that for players who have never experienced it to the fullest, this is the version to get. For players who loved the game and want to replay it with all the new added features, this is also worth getting. For those who aren’t on that level, it is going to be a harder sell as the justification of value is different for everyone. One thing that can’t be denied though is that Death Stranding Director’s Cut is definitely the best version of the game thus far.