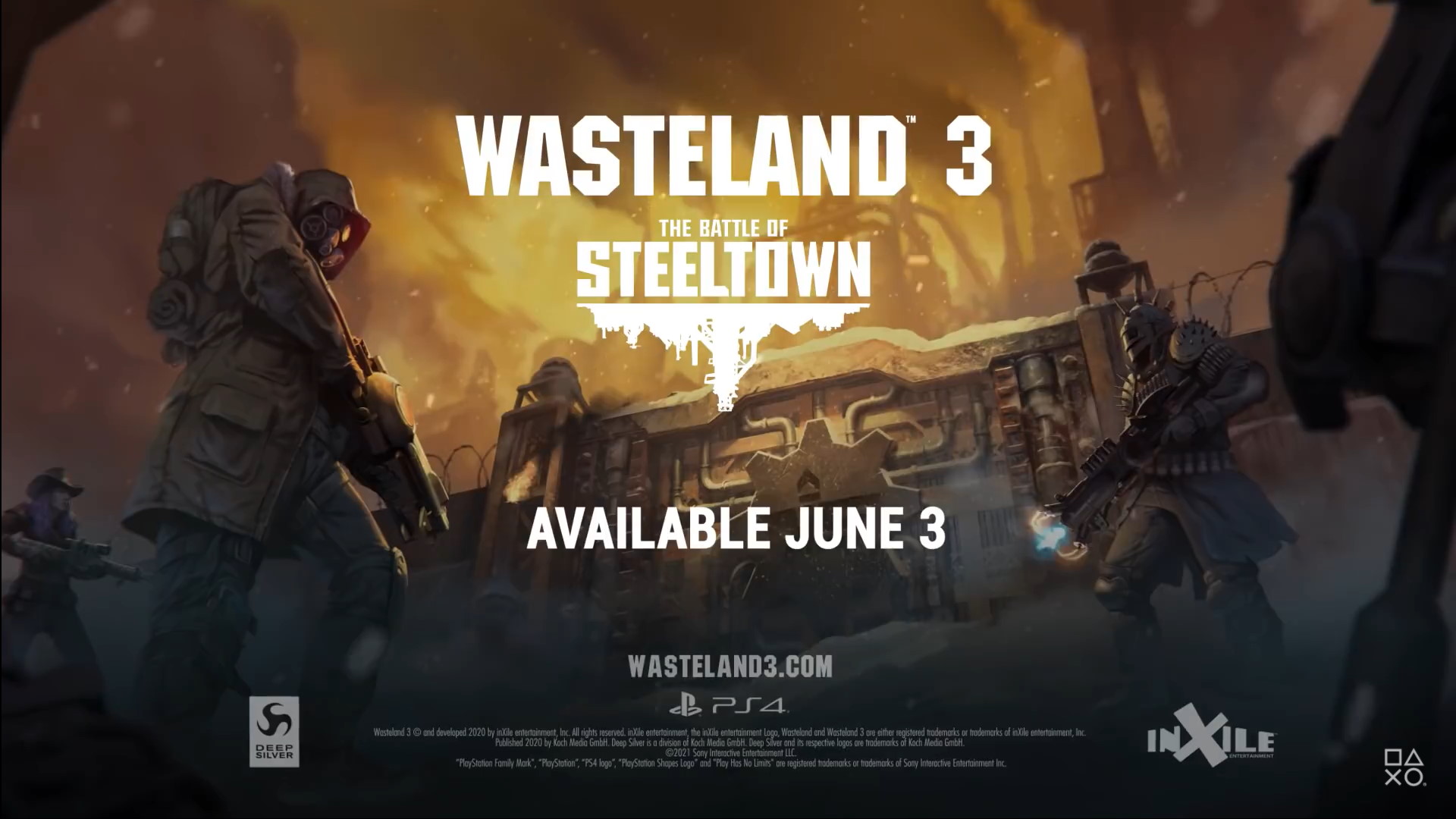 Details as shown on the official website Deep Silver:

In southwest Colorado lies the towering factory complex of Steeltown, which manufactures all the tech that keeps Colorado running and the Patriarch in power; trucks, armour, weapons, and robots.

But deliveries are mixed up, late, or outright missing, and investigating Rangers find the industrial complex in disarray. Striking workers, bandit raids…not to mention the gates are locked tight. Without help, the area will revolt and take Steeltown’s leader—Abigail Markham—with it. But maybe that’s not such a bad thing; you and your team of Rangers will need to decide that for yourself.

Players can explore the complex in solo or co-op mode, taking on new quests and facing a horde of new robotic enemies.

Join Game Director David Rogers in this first ep. of Steeltown Lowdown as he gives a spoiler-free look at "Choice & Consequence" in the upcoming expansion.🏭 pic.twitter.com/vBjfUJBGEk

These new elements will also expand into the base game, along with new weapons, armour, encounters, giving the game a whole new experience and, depending on how far they’ve already progressed, will scale the combat and gear when entering Steeltown ensuring level-appropriate challenges.

“The Battle of Steeltown represents not just a fantastic new chapter in Wasteland 3’s story – full of choice, consequence, and Wasteland 3’s unique brand of humor, it’s also a culmination of all the hard work we’ve put into the game since launch. For those playing Wasteland 3 for the first time they’ll be playing the best version of the game. For players coming back to visit Steeltown they’re in for a treat with new story, characters, and combat mechanics that really change up tactics in challenging new ways. They’ll also see characters and stories they started in the base game make an appearance, with new interactions for everyone’s favorite foul-mouthed parrot, Santa’s Elves “Where Are They Now?” and more. All of this is complemented with incredible new post-apoc music.”

Our announcement of Crafting (coming in the next patch!) might have been a bit confusing showing Lucia at a workbench.

To be clear: Crafting is always available from the inventory screen. No crafting skill to level. Just find recipes, the materials, and click a button. pic.twitter.com/gax1Iq2HxT

The games music’s supervisor, Mary Ramos, along with composer Mark Morgan have also added their own original scores and post-apocalyptic inspired covers.

Maneater Surfs onto Nintendo Switch this May 25th