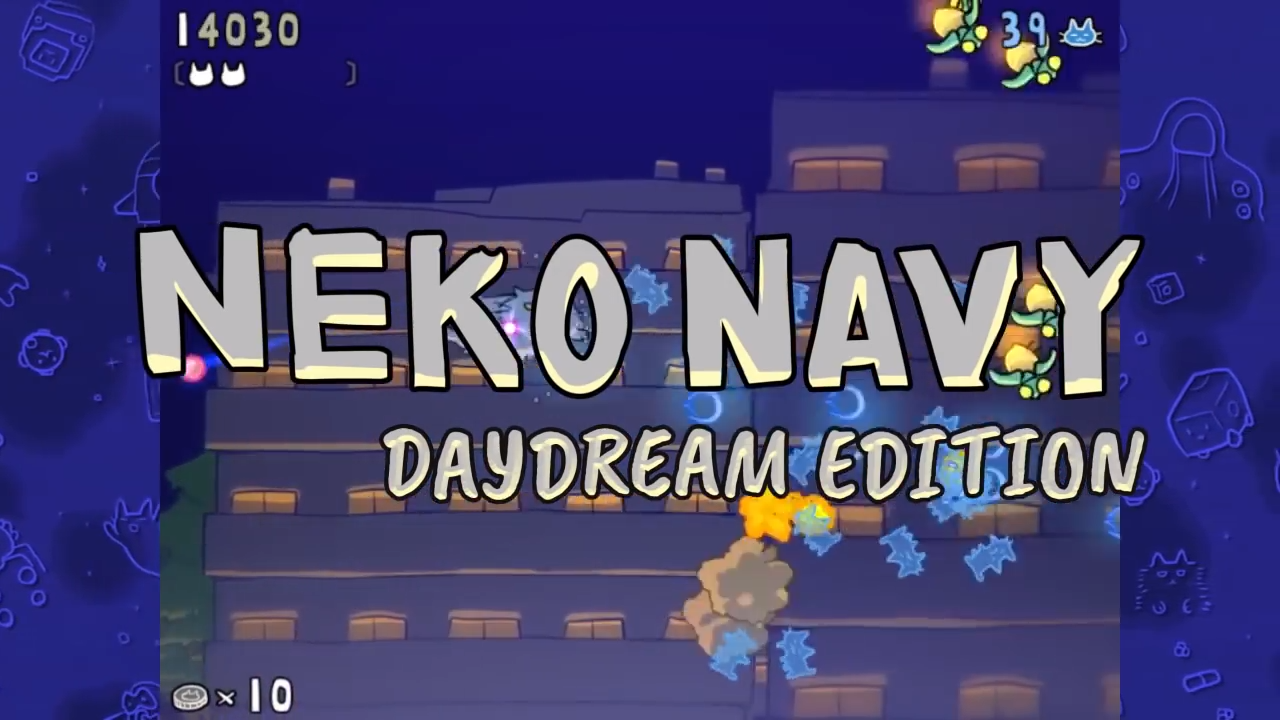 Daydream Edition features rebalanced difficulties including a harder DEATH mode, and an all-new gameplay mode, the ∞ mode which contains an infinite number of challenge stages while limiting the player to 1 extra life. It is expected to release Winter 2018 in Europe, America, and Japan, with support for English, Japanese, Chinese and Korean languages.

Neko Navy is literally a fast-paced side-scrolling shooter that has the usual aircraft replaced with a laser shooting cat. Check the trailer out for more cat pew pew pew, by the way, I should warn you that the trailer has a really addictive J-POP song accompanying it. I’ve been putting the trailer on an endless loop while I prepare this article.

Neko Navy Daydream Edition is coming to the Nintendo Switch in Winter 2018 (End of December).