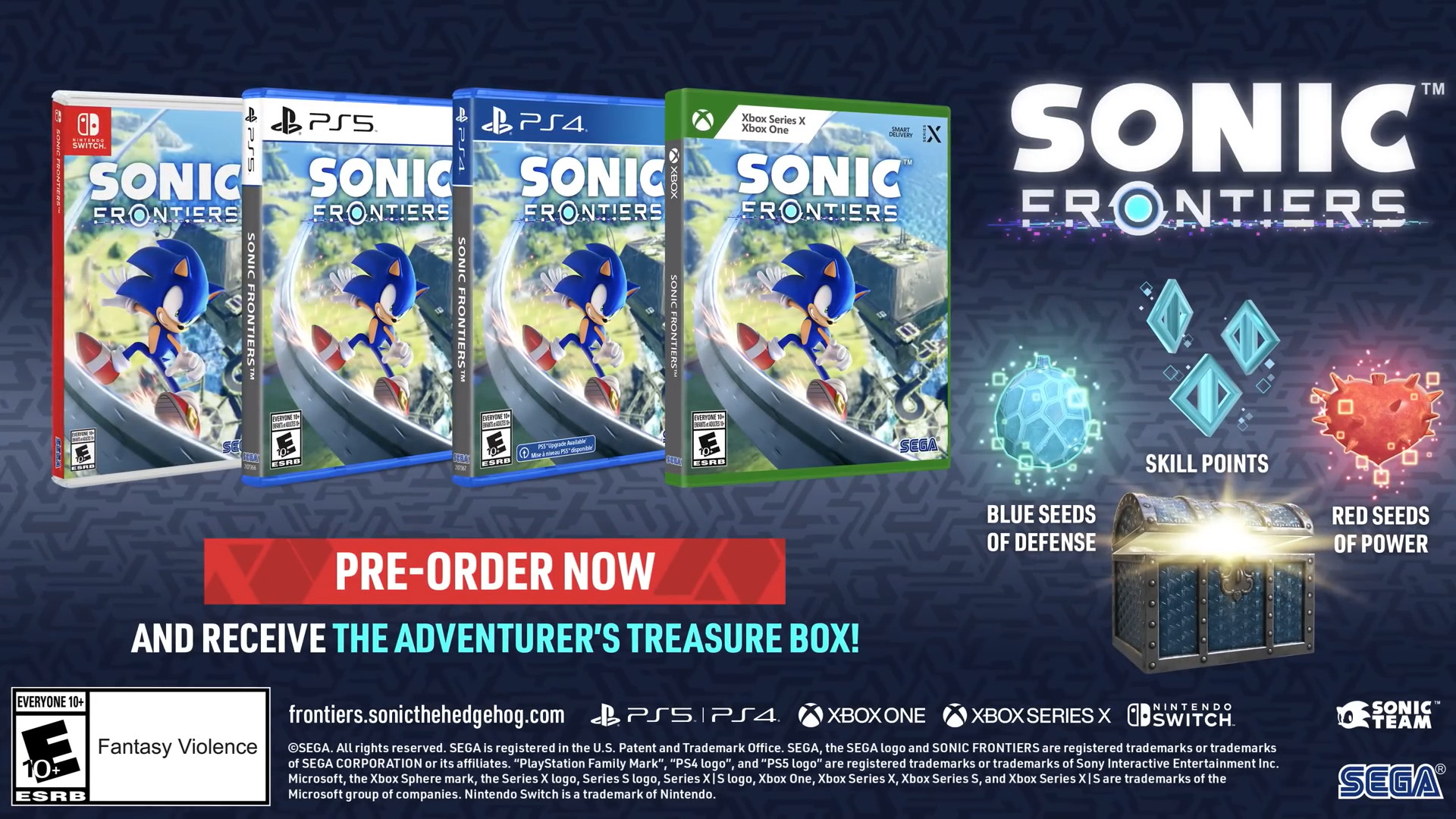 Details as shared on PlayStation:

In search of the missing Chaos emeralds, Sonic becomes stranded on an ancient island teeming with unusual creatures. Battle hordes of powerful enemies as you explore a breath-taking world of action, adventure and mystery. Accelerate to new heights and experience the thrill of high-velocity, open-zone platforming freedom as you race across the five massive Starfall Islands.

Jump into adventure, wield the power of the Ancients and fight to stop these new mysterious foes.

Welcome to the evolution of Sonic games.

Race across five massive overworld islands, each with their own unique action-platforming challenges and hidden secrets to uncover.

Blaze a trail as you see fit and discover side quests, solve puzzles, scale enormous structures, go fishing and encounter a friendly face or two along the way.

Challenge yourself in Cyber Space

Unlock Cyber Space levels featuring signature 3D platforming at Sonic speeds and a variety of challenges to test your skills like never before.

Use the all-new battle system and skill tree upgrades, combining moves such as dodges, parries, counters, combos and the new Cyloop ability to take down mysterious foes. ‘

Like a Dragon: Ishin! Presents Gunslinging and Sword Swinging Action In Combat Trailer