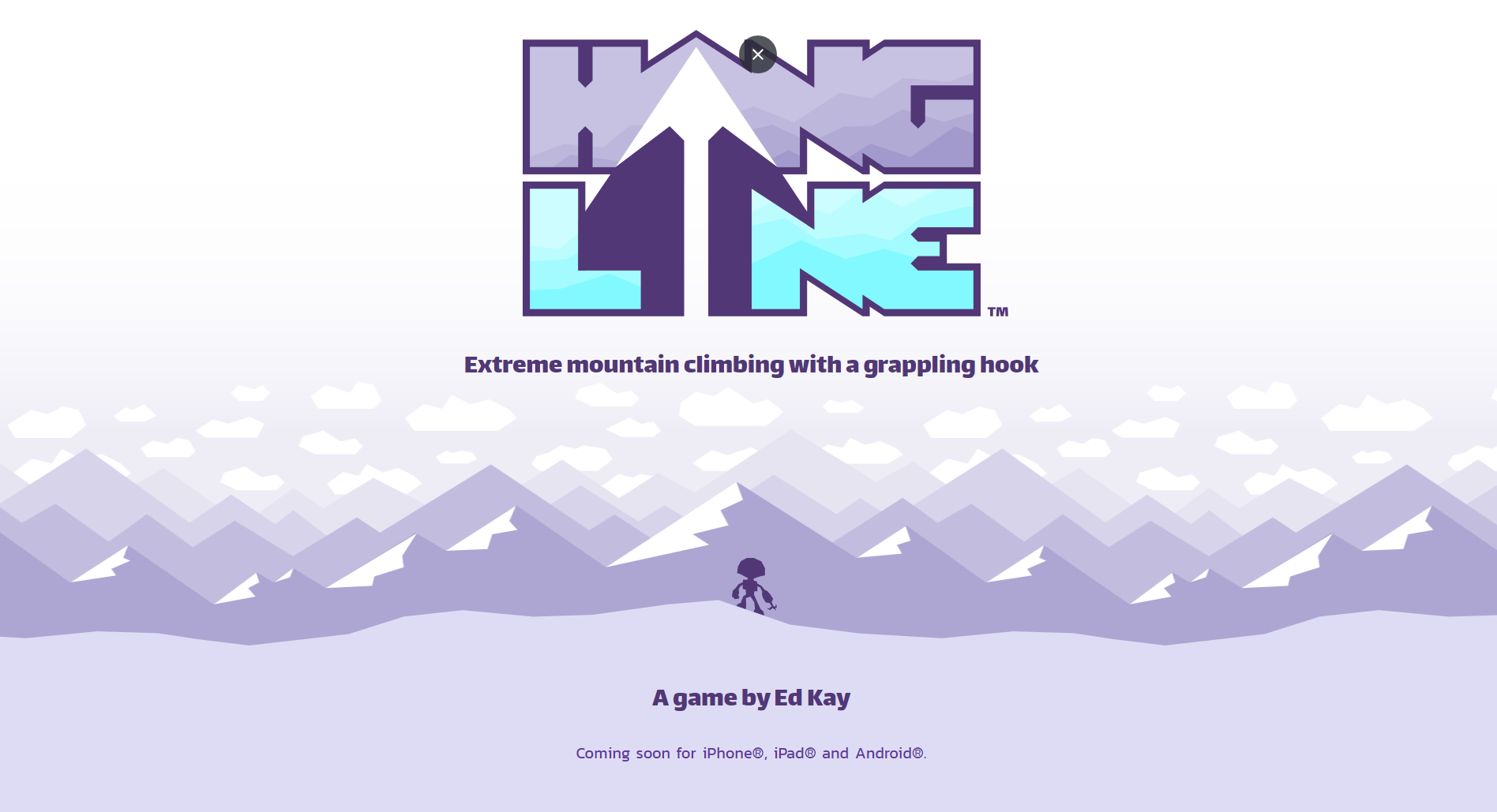 Hang Line, the ultimate extreme physics action climber by 17-year industry veteran Ed Kay and leading global games publisher Yodo1, will rappel onto the iOS App Store and Google Play on Jan. 16, 2019, and is available for pre-order now on iOS.

Ed Kay has worked for companies including Epic Games and LucasArts and held lead designer positions on games including Call of Cthulhu, Bulletstorm and TimeShift. Yodo1 is best known for publishing mobile titles with more than 100 million downloads including Crossy Road, Ski Safari and Rodeo Stampede.

Armed with a trusty grappling hook, leap and traverse more than 50 distinct levels and 4 infinite climber modes spread throughout five perilous mountain environments. Defy all odds, ascending the icy peaks to find and rescue more than 80 different stranded survivors, from researchers to royalty.

With triumph comes funding, and funding means bigger, better and bolder equipment. Improve the odds of survival and success by unlocking the latest gadgets and gizmos from shiny new helicopters to jet packs or protective Zorbs.

Risk it all for glory. Brave the angry goats and mountain lions of the snowy wilds, performing lightning-fast acrobatic stunts to hurtle onwards and upwards. Dodge pockets of molten lava, falling boulders and razor sharp ice to return home a decorated hero.

“In trying to climb large boulders on the beaches north of San Francisco, I realized there’s something very primal and exhilarating about the danger of hanging on to a piece of rock when one false move could put you in hospital,” said Ed Kay. “Hang Line captures the thrill of that danger with a simple control scheme that requires skill to master and levels hand-crafted to challenge players.”