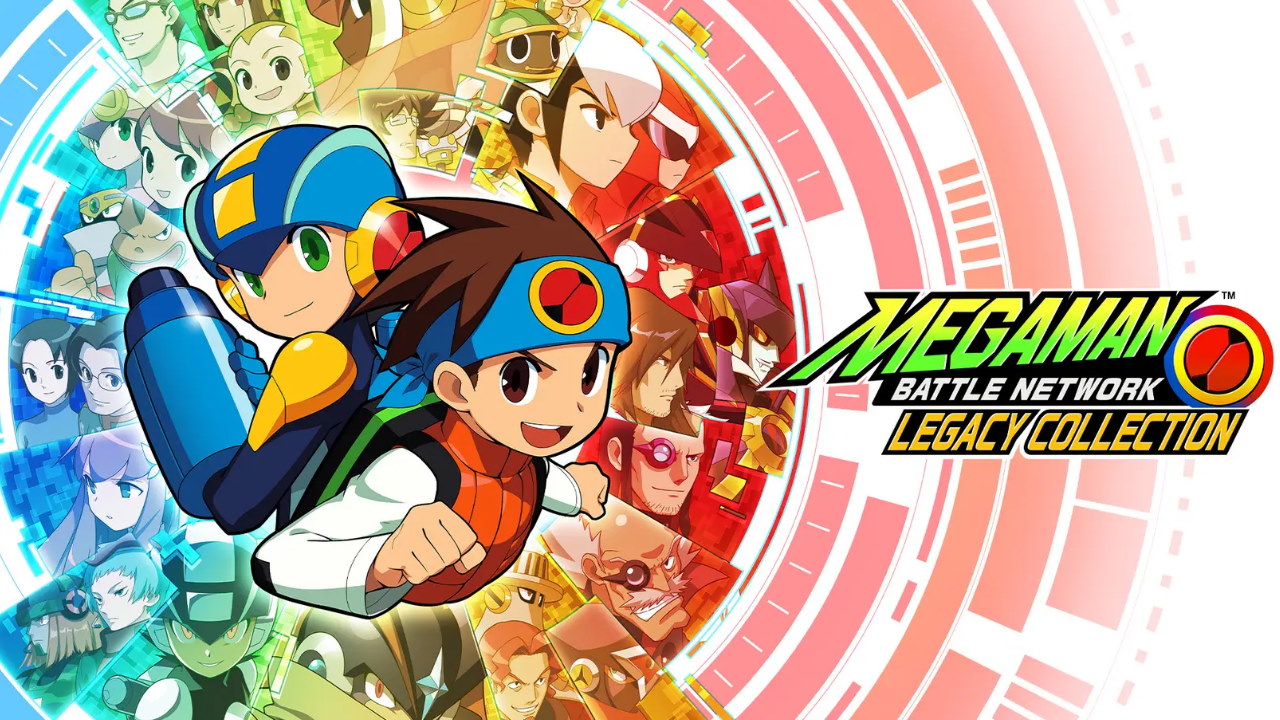 Megaman Battle Network Legacy Collection Will Be Released On April 14th, 2023! Up For Pre-order Now!

The following will give you a detailed introduction about latest news of Megaman Battle Network Legacy Collection! 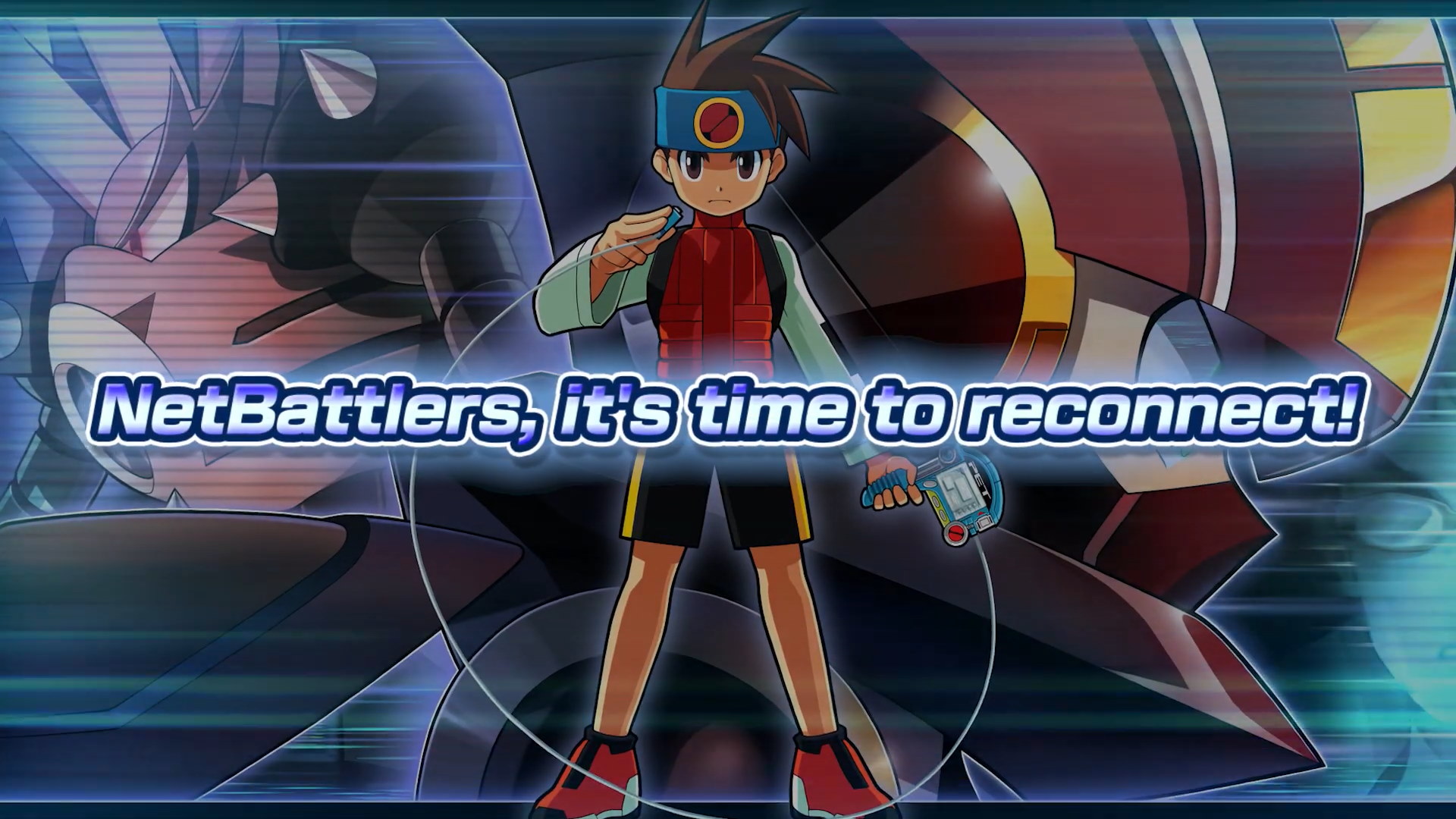 Mega Man Battle Network takes place in the Network Society, where advanced network technology has become the norm. People carry with them PETs, mobile devices equipped with sentient programs called NetNavis, which they use in order to enjoy the many benefits the network provides. But even though the network has improved their way of life, it has also brought with it new outlets for cybercrime. The protagonist, Lan Hikari, and his NetNavi, MegaMan.EXE, must work together to solve numerous incidents.

Follow Lan in the Real World, and MegaMan in the Cyber World, as they work together to resolve incidents surrounding them. Battles ensue when you encounter enemies in the Cyberworld. The player can move MegaMan.EXE freely within the red 3×3 grid while enemies attack from the blue area. Use Battle Chips to your advantage! Battle Chips have several uses including recovering HP, striking damage on enemies in diverse ways, and much more. Enjoy the action in the game and strategize your battles by figuring out when and how to use the diverse Battle Chips available. 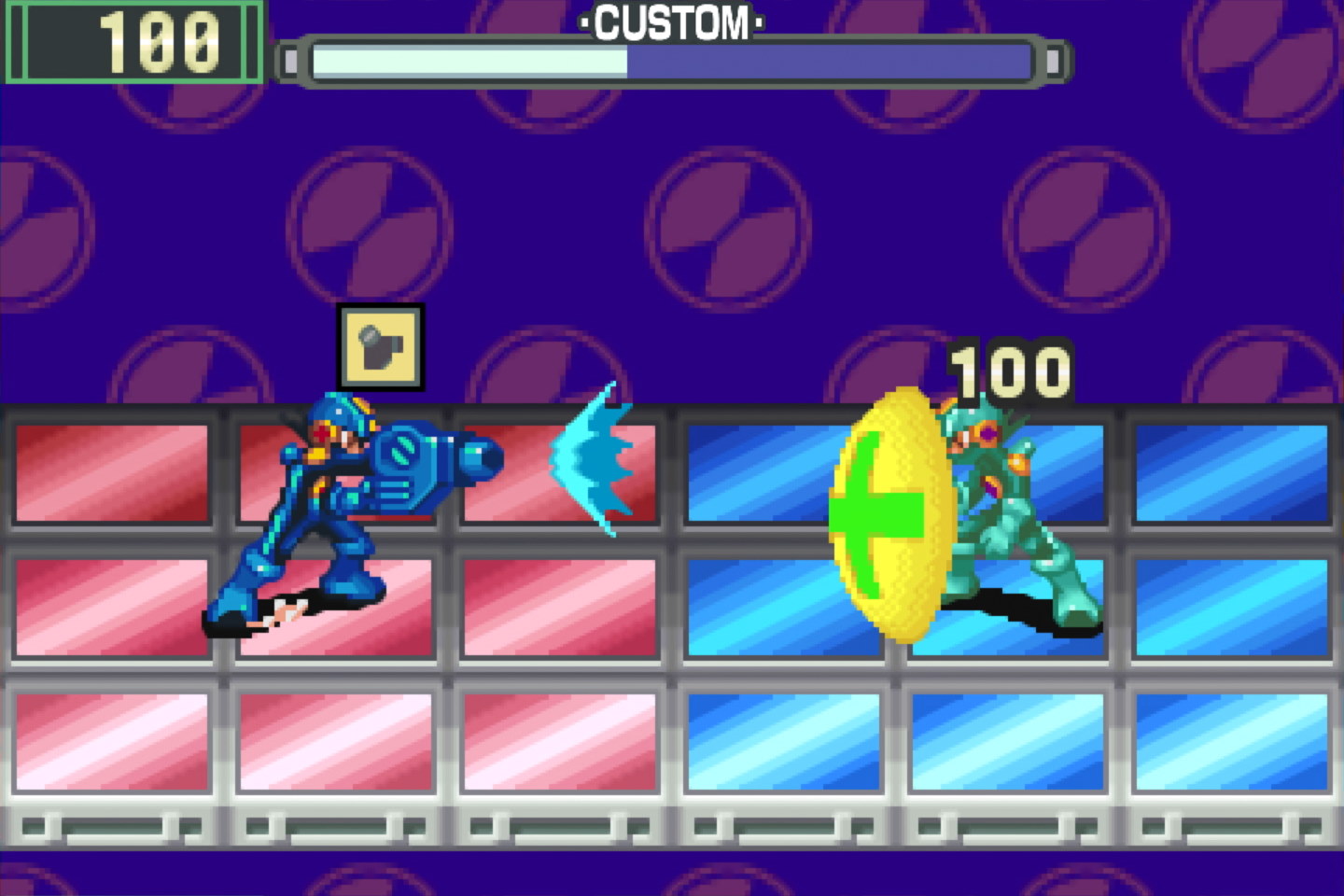 ■ The details about Network Feature!

Connect to the internet to battle and/or trade with far-off NetBattlers in this game!

In NetBattle you can select between “Practice” for more casual play and “Real_Thing” for more competitive matches using a BattleChip! You can also enjoy first-to-two-wins “TriBattle” and “Tournament” modes as they were in the original games!

In “Public Match”, players can battle other NetBattlers on the internet via Ranked Matches.
Become the top NetBattler!

On “Trade”, players can exchange Battle Chips, Styles, Programs, and Folders, based on the original versions of each game. You can choose Private Trade to trade with your friends, or Public Trade which will allow you to trade with NetBattlers from all over the world.

■ Seize the opportunity and get the limited bonus “Custom PET Pack”!

As a limited bonus for both physical version and pre-order bonus for the download version, a “Custom PET Pack” will be given away!

The Custom PET Pack is a DLC containing Special Skins and songs with special arrangements. Special Skins affect the appearance of the 3D MegaMan.EXE who guides you in the Legacy Collection. There are also 4 songs with special arrangements that can be played on the music player. The Custom DLC Pack will be available as a pre-order bonus. Make sure you get it! 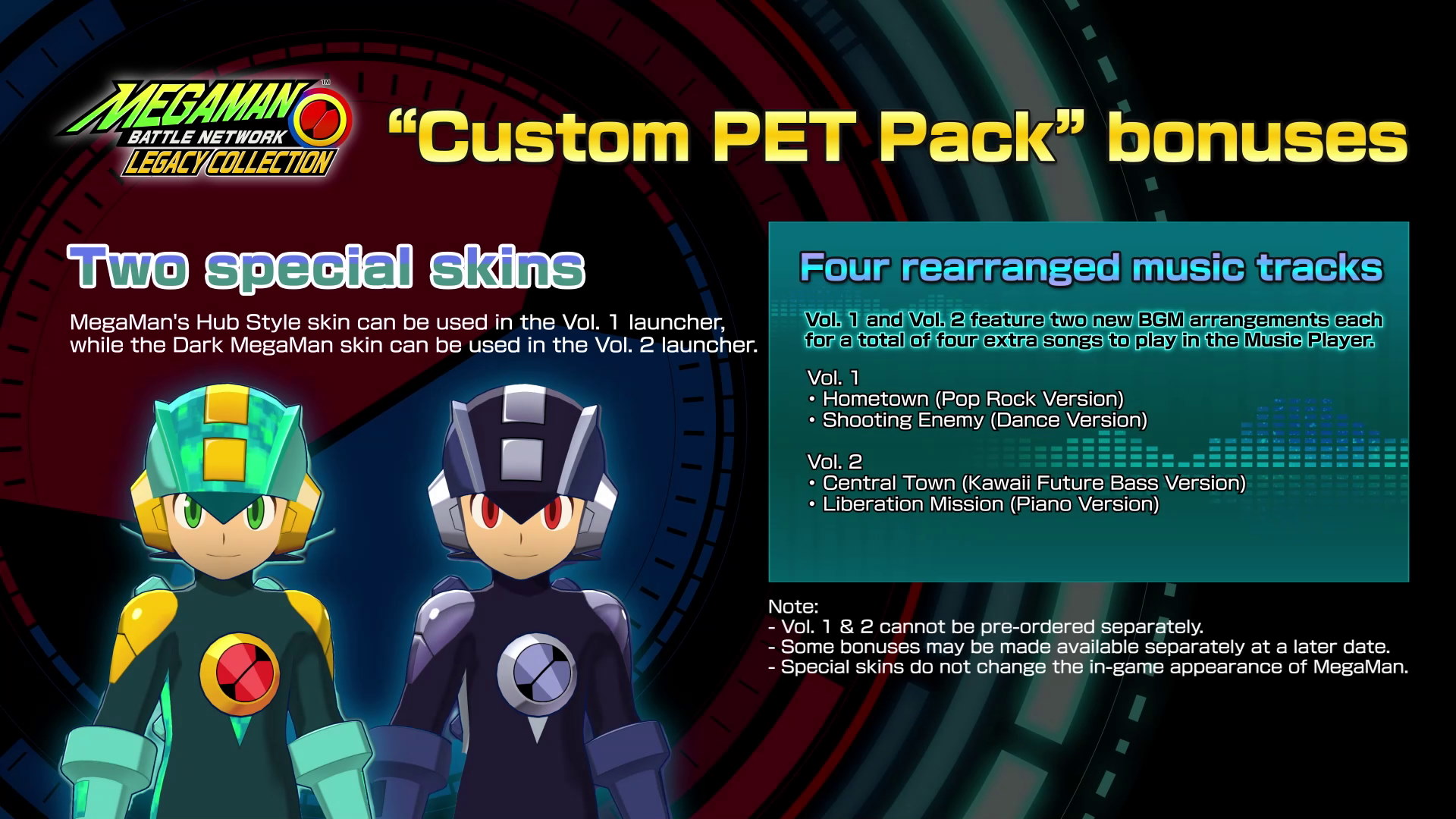 Customize the appearance of 3D MegaMan!

You can change 3D MegaMan’s appearance to HubStyle in Vol. 1 and to DarkMega in Vol. 2.

The rearranged music tracks in DLC:

*Special skins will be not reflected during normal gameplay.

*The “Custom PET Pack” is subject to be made available separately in the future.