SIE Japan Studio has learned from the release of Knack the infamous PlayStation 4 Launch title. First, they manage to snag Marianne Krawczyk whom is a writer famous for her role in the co-writing the God of War Series. (Yes, she was involve with God of War since day 1 till God of War III)

With the story being the least of the problem with the original Knack, the team revamp the whole battle system and co-op revolving around the original core mechanics of growing and shrinking. Knack II now has a skill tree which upgrade his move-set and also a power ups like a crystal sword. New to Knack is also a parry system which allows players to deflect projectiles if time at the right moment. Not only that, the co-op element now has more meat into it. The E3 show floor demo has couch co-op like the original. Co-op Knacks will be able to execute crazy moves and have to be in sync to execute quick time evens. The game does feel a little easier on co-op but it looks more fun. 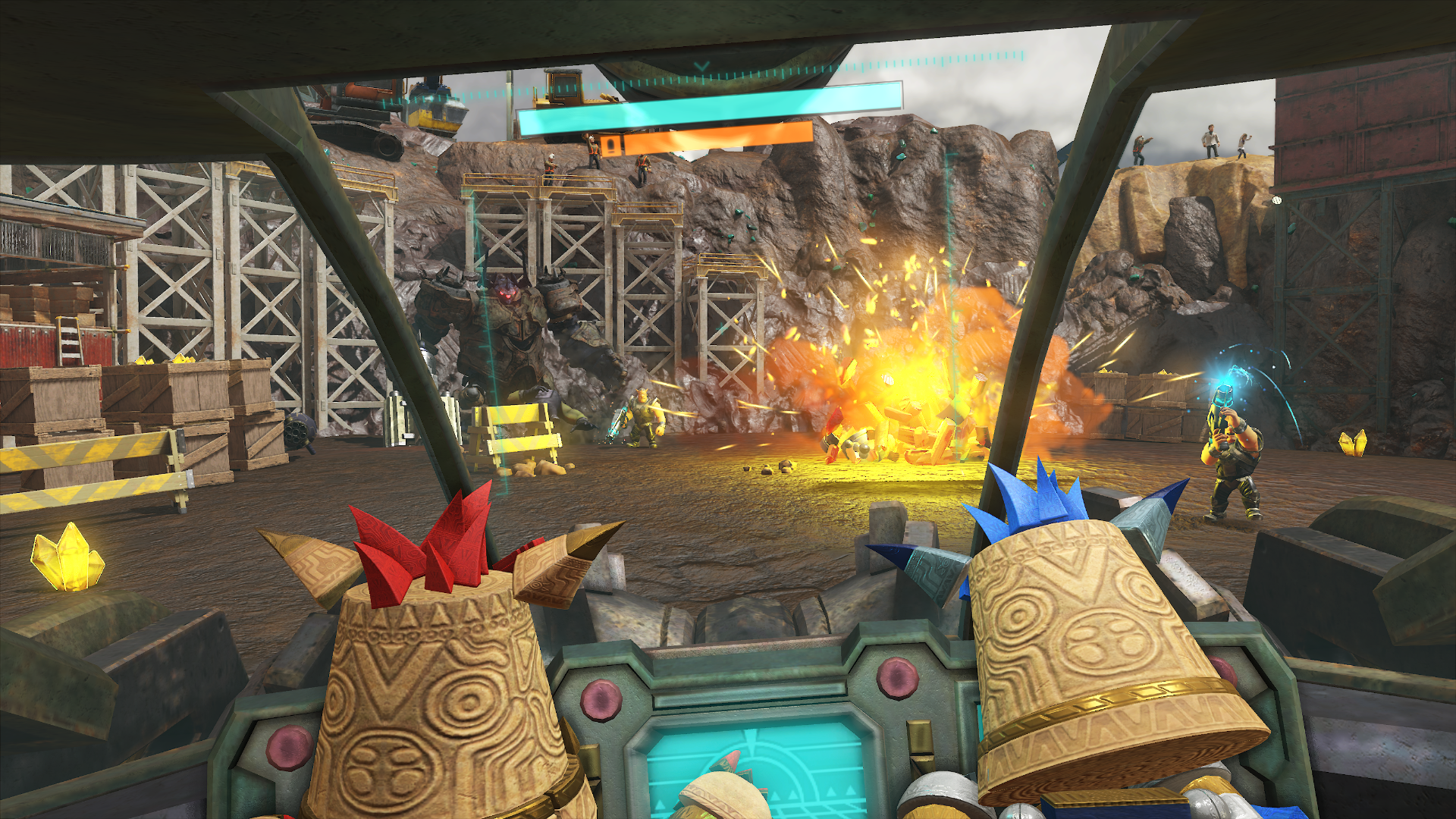 On the platforming side, it is reported that the secret areas are now more challenging to find. Some might need you to survive the level without being transform into small Knack in the end to reach it. Secret areas were one of Knack interesting exploration part in the original (But I hated the stupid RnG chest). Also new is now the difficulty will be affecting how the level layout. Some access point may be block on harder difficulties and players must try an alternate route.

Knack II was a surprise announcement given during PSX last year with many critics agreeing that the sequel was not deserve (Even though I spend hours of RnG platting the game). With much skepticism on the sequel, it is a good thing Japan Studio manage not only improve the game but also to wow critics and hopefully redeem themselves when it releases September 5 this year. Not to forget, this game also support PlayStation 4 Pro Enhancement for those with a 4k screen.