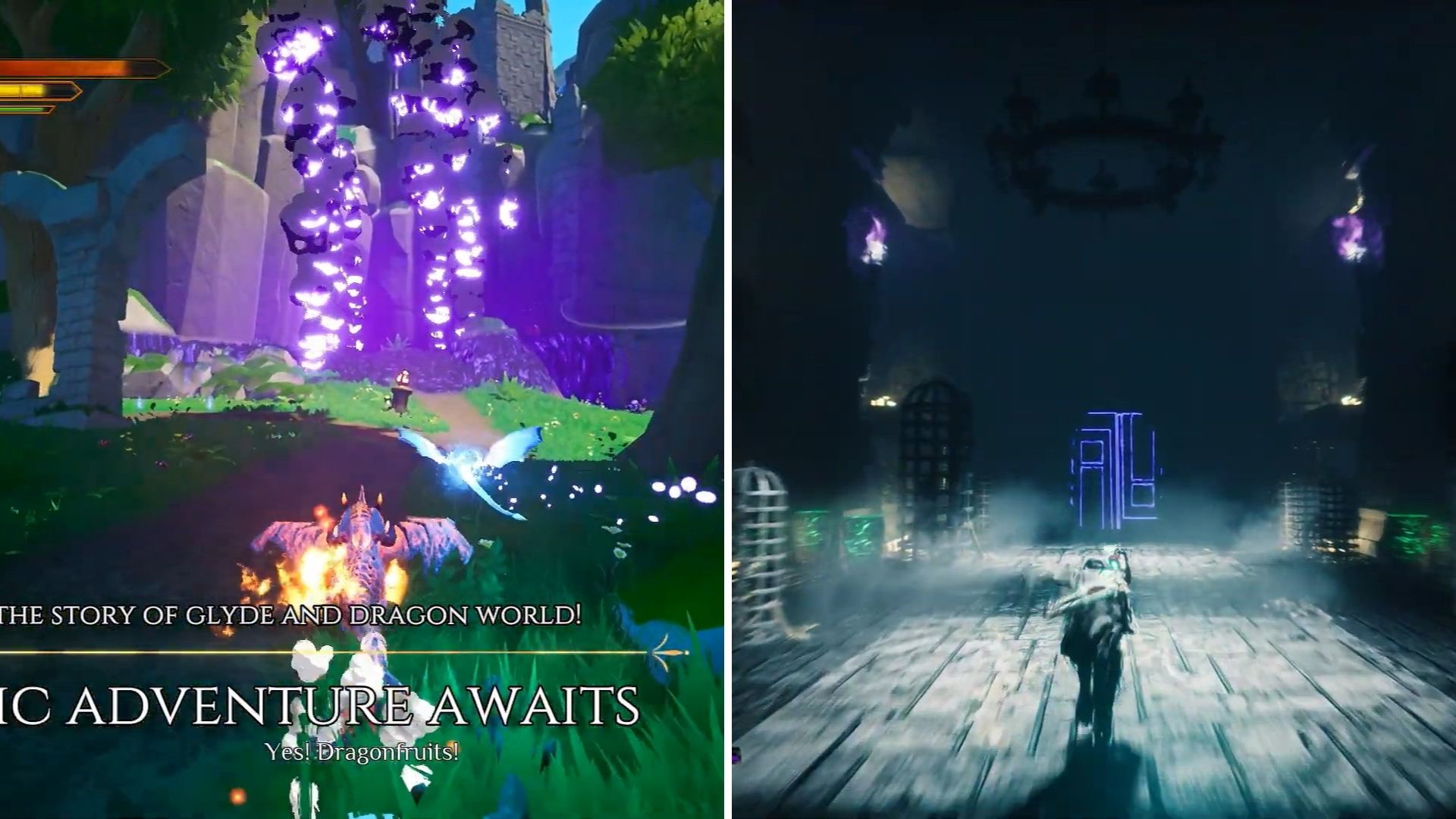 Searching online for more indie titles in my spare time, I find two intriguing titles involving hack and slash rogue-lite inspired by Devil May Cry, with the other focusing on playing as a small dragon that looks similarly close to Spyro. Both of these looks mighty promising in what they bring in the years to come.

VisRay Studios introduces Void Soul Awakening, a hack and slash-inspired rogue-lite shooter playing as an immortal vessel escaping from an undead prison. Players will face waves of enemies alongside randomized levels and dungeon order will ensure that no run is the same and keep the player on their toes as they navigate the prison. Void Soul Awakening is slated for release in 2023 on PC.

A hack and slash-inspired shooter:

Valefor Games Ltd’s action-adventure title sets Glyde and Wing on an adventure, finding out the cause of mysterious corruption! With over 8 elemental forms with more than 60 different abilities. Glyde The Dragon currently is still under development with a demo date coming on PC in 2022.

Explore many unique and beautiful regions: Travel through green and prosperous forests, swim to the depths of the ocean, and beyond. Endure the dry and unwelcoming, desolate deserts and explore mysterious, ancient ruins and caves. Climb harsh and cold, frozen spires as well thundering mountain ranges. Survive molten lands taken by fire and soar among the floating isles high above. Many of these regions are home to unique elemental factions of dragons, each with its own purpose, beliefs, leadership, and problems. 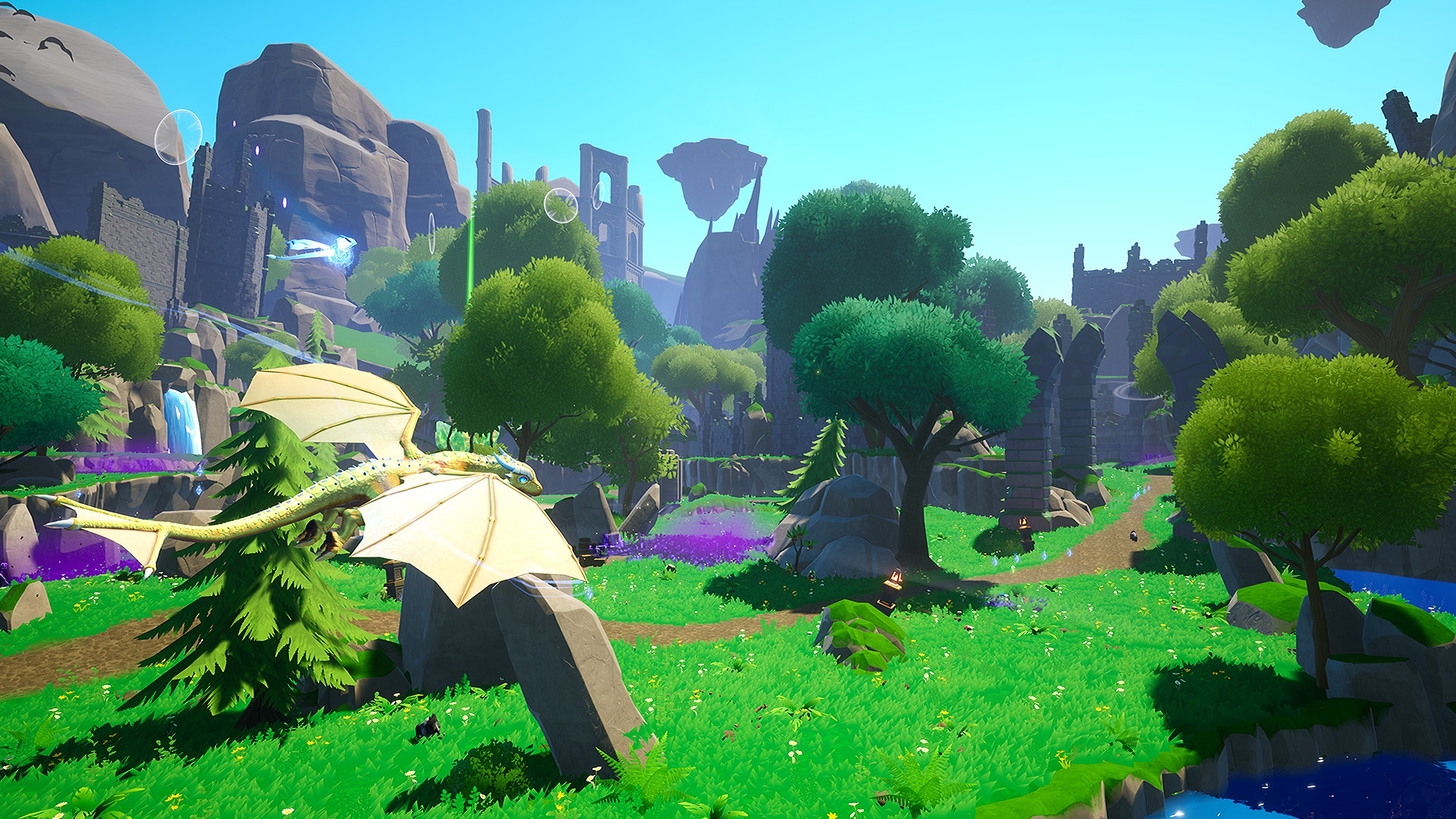 Battle both small and large foes, as well as those in-between to protect the world! Experience a deep, challenging and fun combat system! Easy to learn, but hard to master! Use more than 60 powerful elemental abilities unlocked throughout the game! Learn Glyde’s arsenal of moves and mix and match various moves on the fly to create your own unique combos!. Good timing and strategy are more rewarding than mindless button mashing! Save the world from undead armies and other corrupted creatures threatening the world! 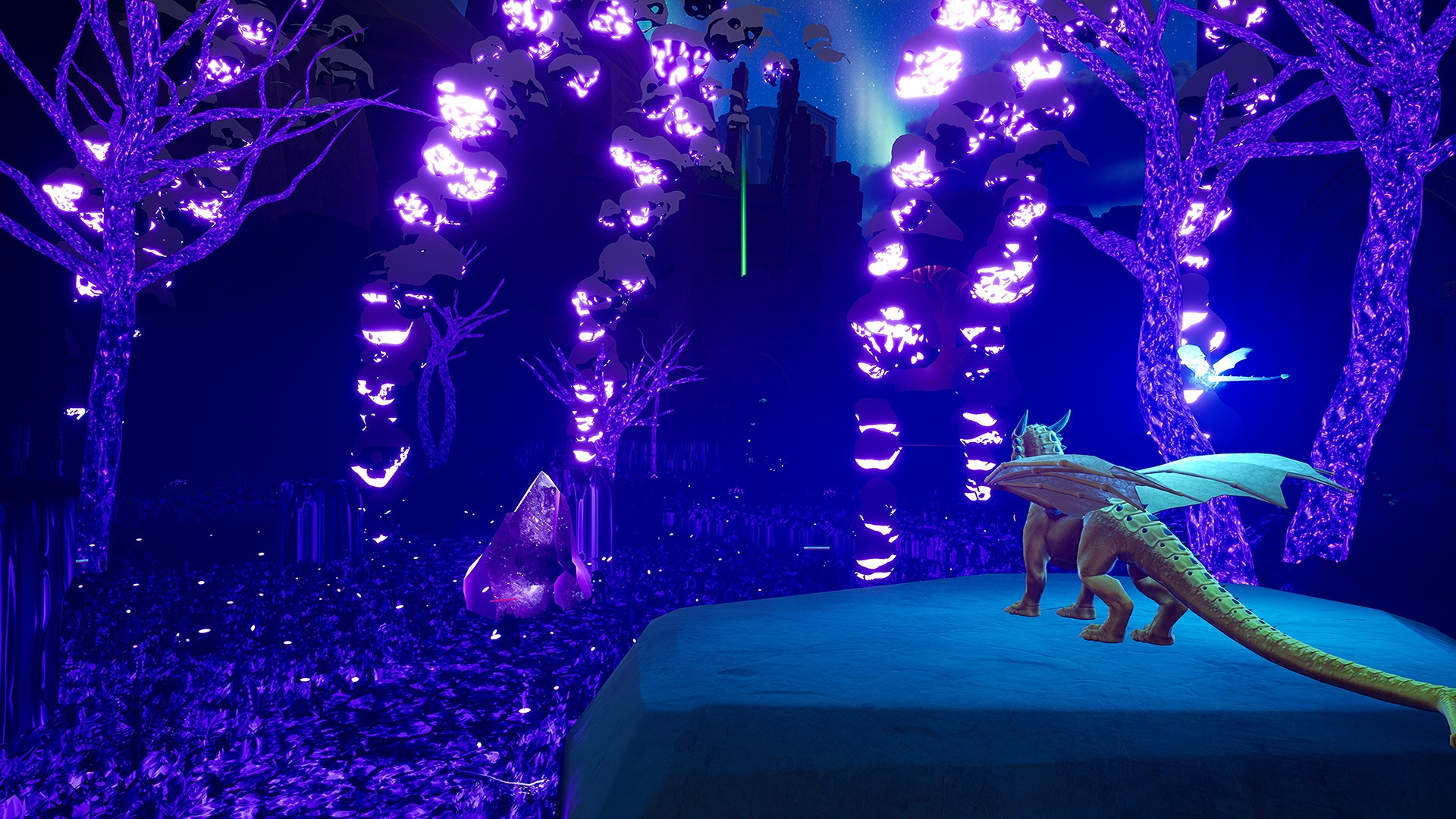 On your journey, you will encounter other dragons who need your help! They may offer you quests in exchange for information and/or resources. Help out and you will be rewarded! Discover the world’s secrets, hidden places, crystals to find, and armour pieces just waiting to be found!

Lose yourself to epic and melodic music when exploring the world. Listen to a plethora of tracks composed for each of the regions and the many scenarios to capture the grand world of Glyde the Dragon. Epic, legendary and enchanting soundtracks will inspire the dragon within you, from the peaceful forests to the intensity of fiery battles! 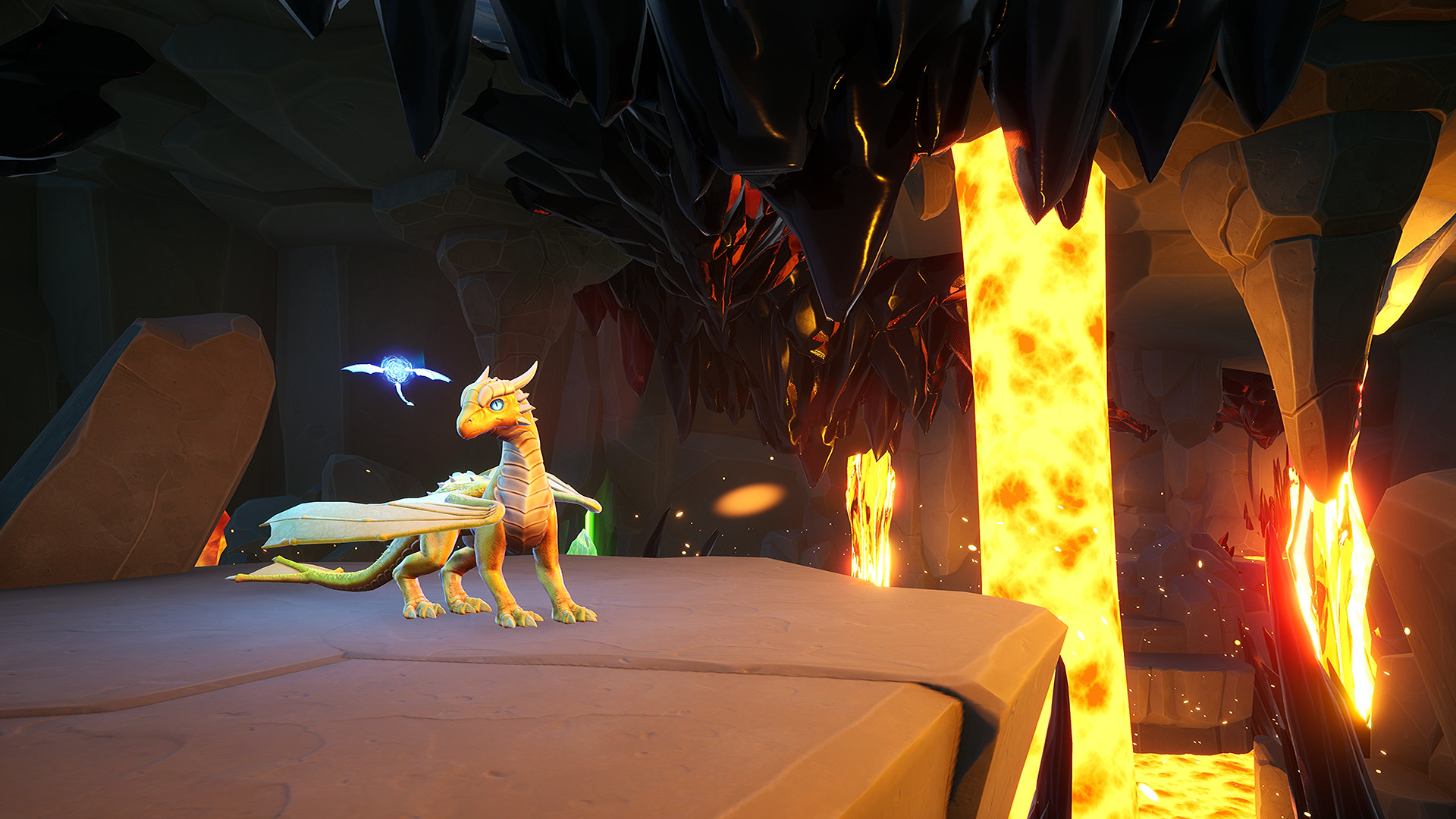 Feast your eyes on beautifully crafted sceneries that aim to deliver unforgettable memories and return to your favourite places whenever you wish! Many graphical options and settings available in the game menu will allow you to enjoy Glyde in the best graphics and performance settings available for your machine!

Meet familiar faces and other creatures on your journey while making friendships and sometimes enemies with the inhabitants of the world. To bring the world to life, even more, every character will be voiced! 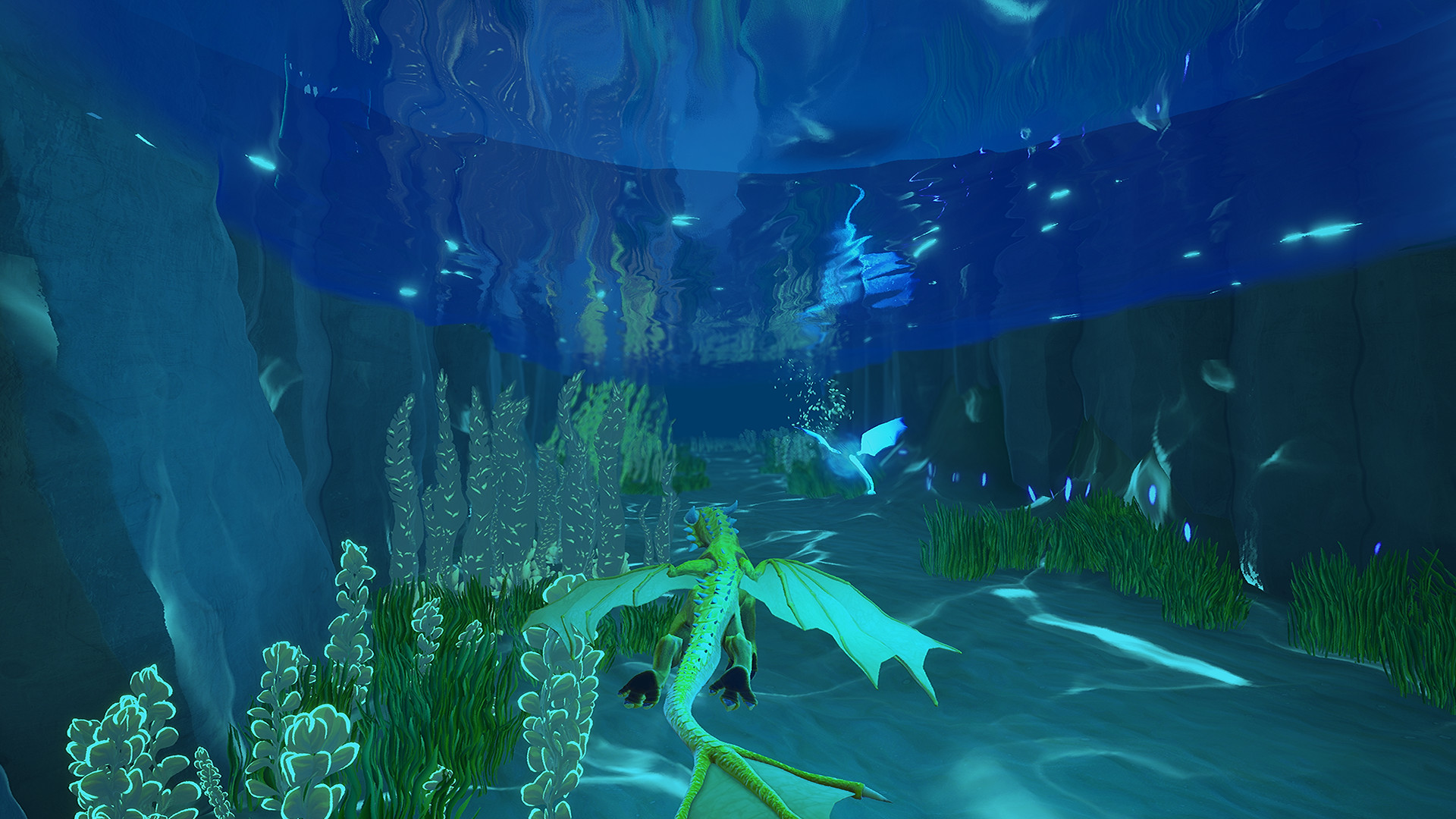