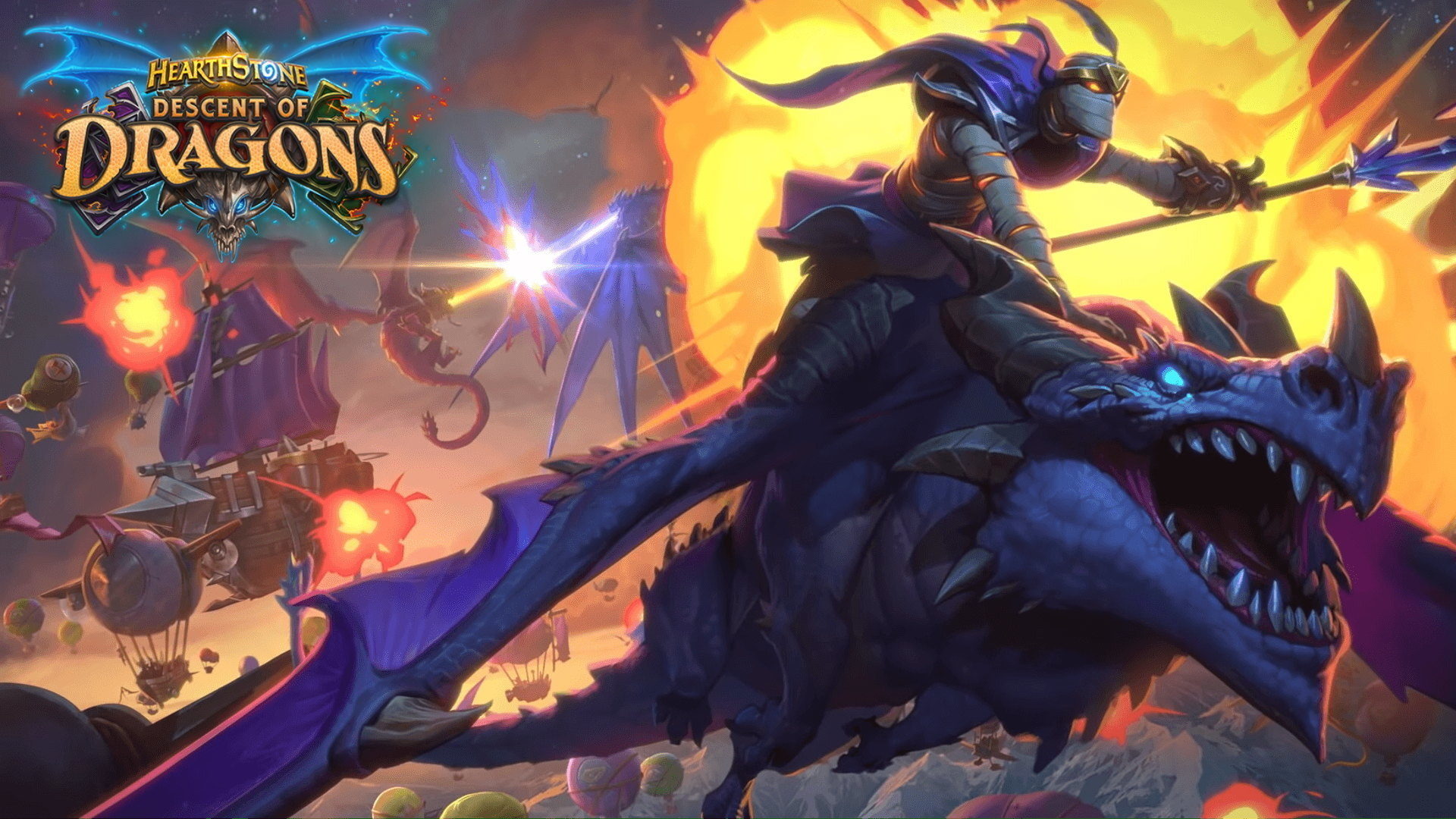 Blizzard Entertainment unveiled Descent of Dragons during Blizzcon 2019, a high-flying 135-card expansion for their smash-hit free-to-play digital card game Hearthstone. Hatching on December 10, the epic conclusion to Hearthstone’s first-ever year-long storyline will arm players with draconic firepower—including the ability to transform into Galakrond, the mightiest dragon in Warcraft history.

The Year of the Dragon began with Rise of Shadows, where players were introduced to the League of E.V.I.L., a shadowy organization led by the notorious Archvillain Rafaam. In Saviors of Uldum, the villains threatened to unleash a world-ending plague, but players joined up with the League of Explorers to save the day.
Now, in Descent of Dragons, the forces of good and evil will settle things once and for all with the help of dragons—lots and lots of dragons.

The League of E.V.I.L. plans to bring doom to Azeroth by resurrecting Galakrond—the father of all dragons—who’s playable in different forms in Hearthstone as a set of five new Hero cards.
Available to the five “E.V.I.L.” classes—Priest, Rogue, Shaman, Warlock, and Warrior—Galakrond takes on a form appropriate to the corresponding class, each with a unique Battlecry and Hero Power.

Cultist minions and spells with the new Invoke keyword will trigger the effect of Galakrond’s Hero Power. Invoking multiple times upgrades Galakrond into his two increasingly stronger forms, the mightiest of which is Galakrond, Azeroth’s End—which comes into play with a quadruple-strength Battlecry and a powerful claw attack. Hearthstone players who log in when Descent of Dragons swoops in* will receive all five Galakrond Hero cards free.

Heroic Druids, Hunters, Mages, and Paladins can cower in the face of Galakrond’s might, or they can bravely prepare to face their doom by completing the new Sidequests, which provide a variety of accessible early-game goals and rewards.

“We love constantly exploring new ideas with Hearthstone, from telling an epic year-long story to introducing fun new ways to play, Descent of Dragons embodies that value—we think players will have a blast with all of the new cards as well as the new gameplay mechanics we’re introducing with this expansion.”

Geoff Keighley's Summer Game Fest 2020 will be having a special coverage on Twitch. The live-stream will have exclusive content from a number of...
Read more
News

Blizzard has announced revealed the 32nd hero to join Overwatch. Her name is Echo and if she looks familiar, you all will remember her...
Read more
Community