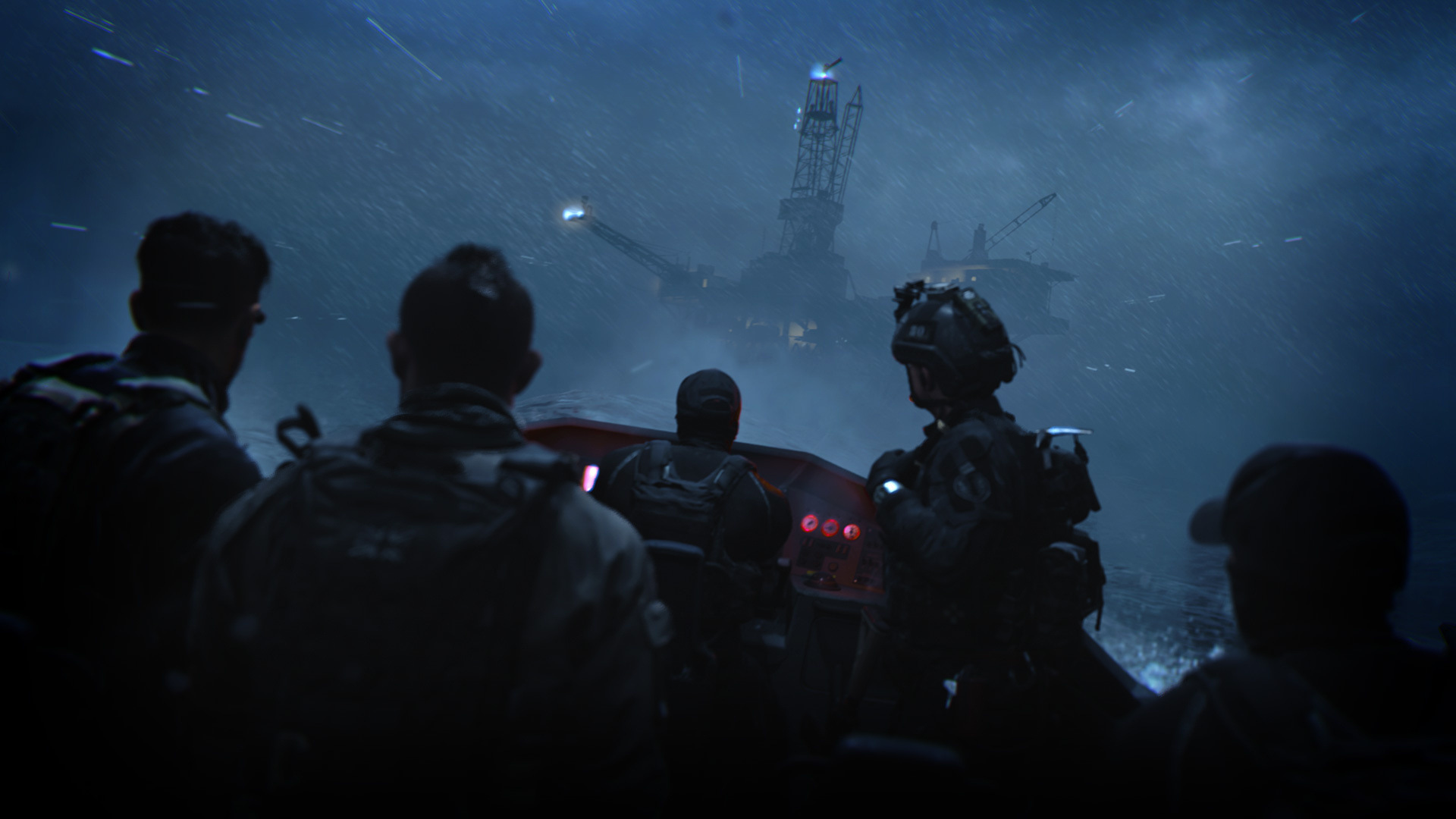 An oil rig in the Gulf of Mexico is carrying cargo that could spark a global conflict: a weapon poised to strike.

Task Force 141 found intel that shows missiles hidden on board an offshore platform. Shipped out to sea, a team of Soap, Ghost, and Mexican Special Forces Operator Alejandro, a new ally and seasoned veteran, battle heavy weather conditions long before they face their enemy.

This first look is a quick dip into the deep sea, which is the game’s single-player experience. It was first revealed at the Summer Games Fest, hosted by Geoff Keighley, where Call of Duty General Manager Johanna Faries and Infinity Ward’s Narrative Director Jeff Negus set the stage for the mission’s worldwide debut.

The game releases on October 28th and is available for preorder at CallofDuty.com.

Call Of Duty: Vanguard And Warzone Season 4, Mercenaries Of Fortune Deploys On June 22