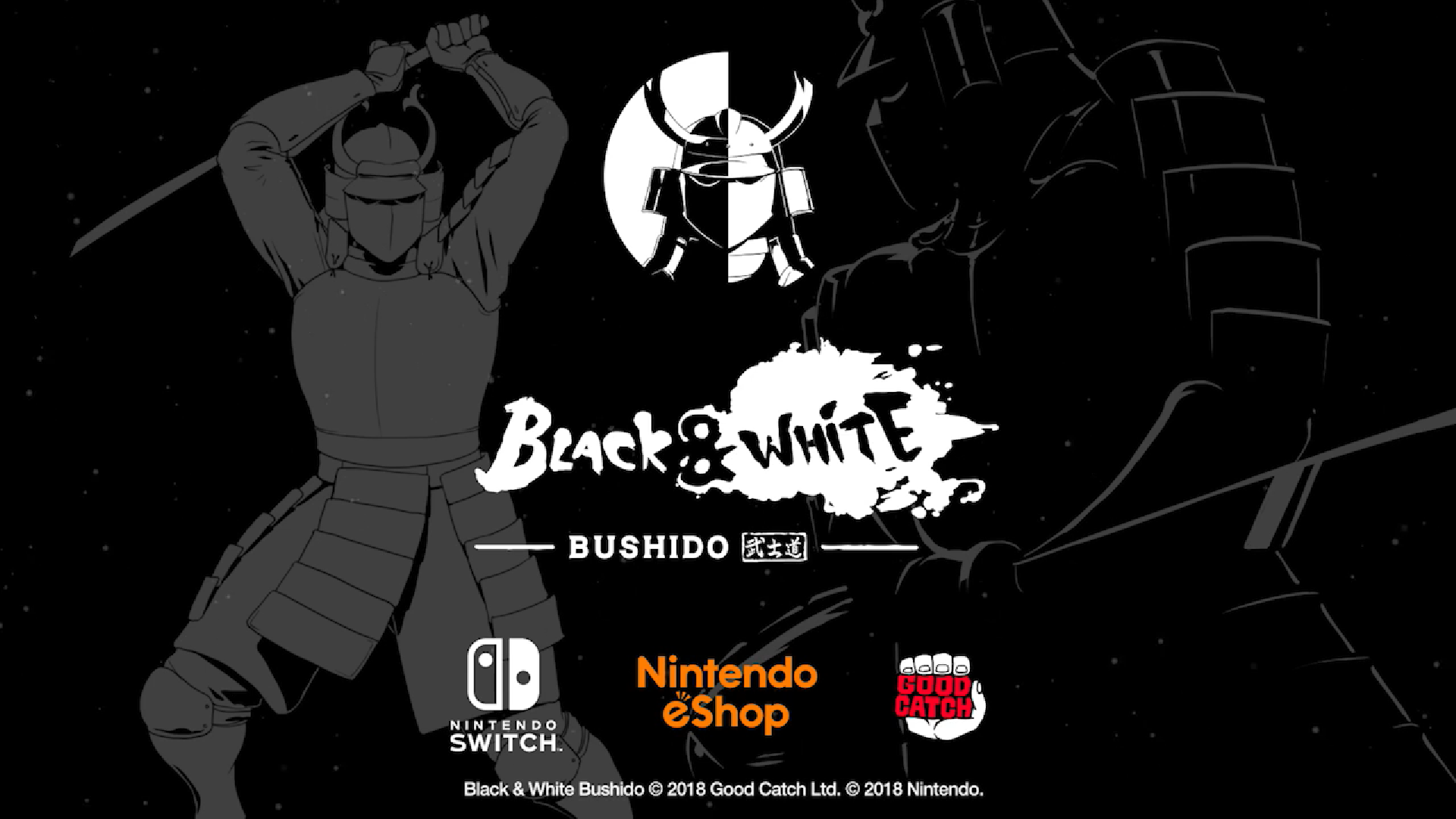 Available from today, the Nintendo Switch version features an exclusive arena ‘Haunted Forest’ alongside a new unlockable bonus level ‘Hell’, three gameplay modes and playable with up to 4 local players.

From developer and publisher Good Catch, Black and White Bushido is a 2D arena brawler for 1 – 4 players that pits the forces of light and shadow against each other. Each team can disappear into their respective colours and move without being seen. Fight for control of the light or the dark in multiple arenas, hiding from your foes and seizing objectives. Pick up items and use them to surprise, maim and trap your opponents in a way only a true warrior can. Players choose a team, either Shadow or Light and compete to win based either on the number of kills or territory captured. There is no energy, the game is one hit kill, though with the potential for endless respawns. Players may jump, dash, attack, creep, teleport and use items in their quest for victory.

The game was first released on Steam, via Green Man Gaming in 2015 with subsequent releases on PS4 and Xbox One in 2017. The console version added online multiplayer, two new difficulty levels, alongside gameplay and graphical enhancements. All of these additions were also patched to the PC version. The Nintendo Switch version takes the game back to its roots, playing to the platform’s strength of delivering a great local multiplayer experience. The Nintendo Switch version will include a new exclusive bonus arena: “Haunted Forest”.