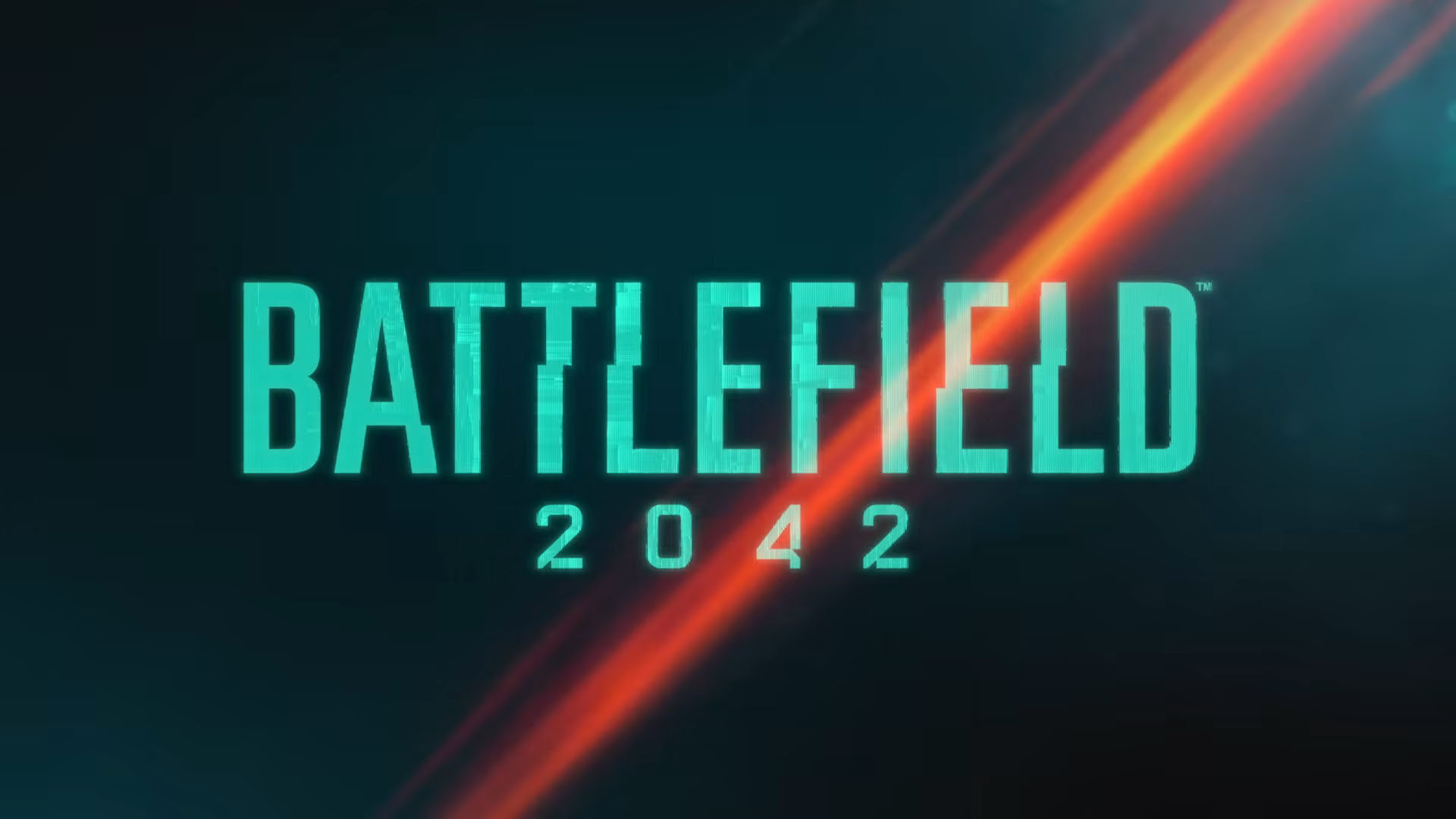 The Battlefield 2042 Beta ended not long ago but most of us from the Bunnygaming team jumped in to see if we could cause some hilarious havoc or just have a good time. I personally believe that opinions may vary from one player to another, but we did spend enough time with it to really get a solid opinion on the beta itself. When it comes to your decision whether to purchase the game once it launches that is entirely up to the player especially with rumors that the beta was from a significantly older build with supposedly many improvements already added to the final version of the game.

Attempting to take a more thorough and fairer take with the beta, we split our teams to play on different platforms (PS5 and PC). With some of us having early access due to EA play and the rest only joining in when it was widely available.

Here are just a few impressions from a few of us that had the most time with the beta; 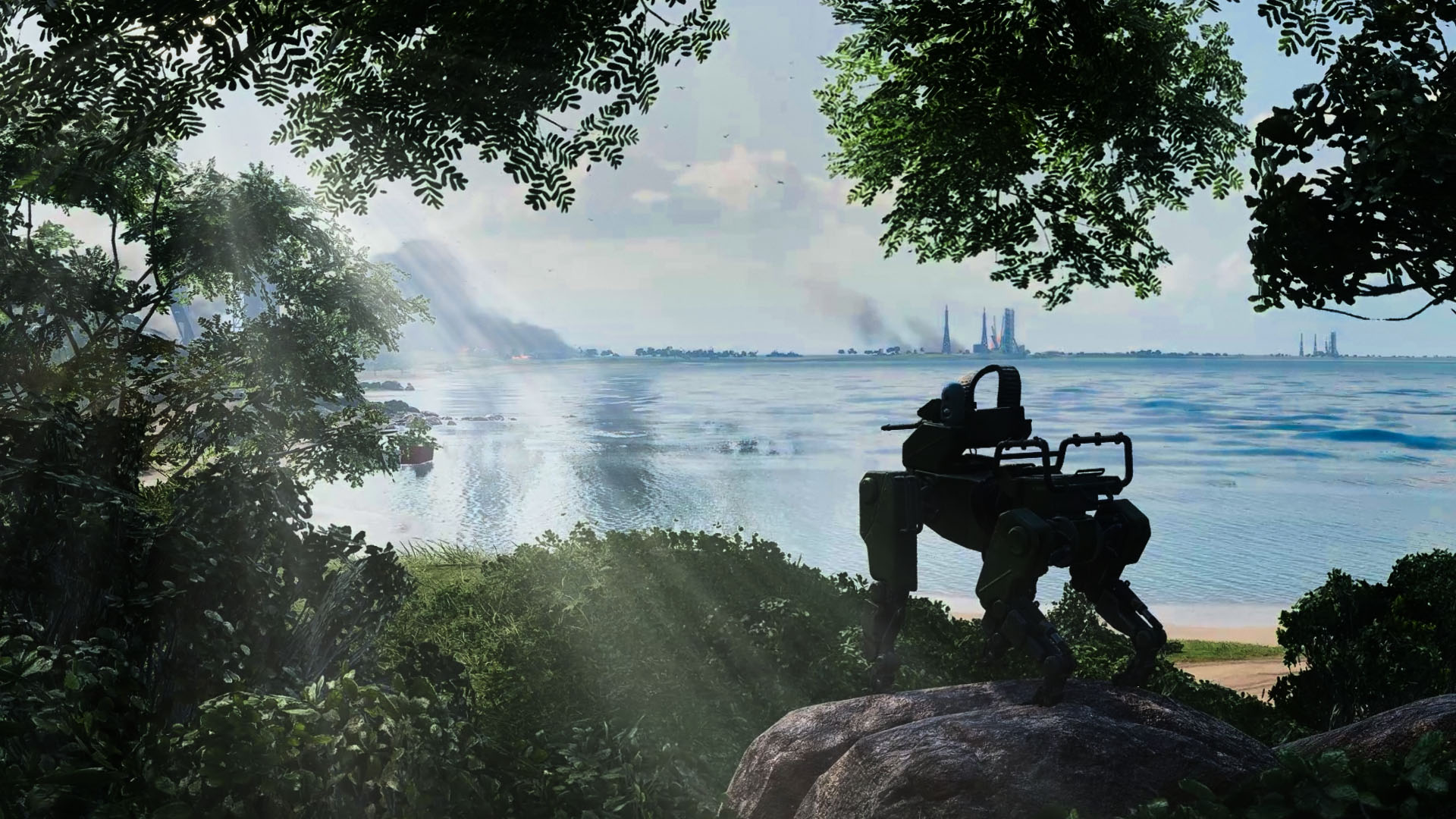 I played it on the PS5 and though the beta was plagued by many issues; screen flickering, frame drops when things get extremely busy, and the occasional white flashes that threatened me with epilepsy – my experience in it had been a pleasant one generally.

The map feels bigger than it should at first but if you know where to spawn, the opportunity to skirmish was never too far away. Skirmishes are chaotic but glorious, and the gunplay is simple to understand but fun. There was this unforgettable round when my team was defending a point when the other side came to siege it. I couldn’t possibly count, but it felt as if most of the 120 players were present because that skirmish went on non-stop for a good 15 minutes. Both sides tried stubbornly to eject the other from that point (while stupidly ignoring other points). Choppers and Jets were crisscrossing in the sky, bullets whizzing from every direction, explosions going off left and right courtesy of the tanks from both sides. The battle ended in our loss but man, that was one hell of loads of fun.

The pace on Playstation 5 is slower. It’s intense but slower. You really get to take in the atmosphere, the experience, the whole setting. Against, PC players, it was always killed or be killed. It didn’t feel like a war at all, just a massive TDM.

You get to appreciate the game more on the console. Even if you are just a small squad of 3 or 4, the tactical decisions you make as a team can still be impactful. Our team was losing by 200 points and our squad just decided to do something different. We captured a faraway point and kite our opponent’s attention away. We regained the lead before the game ended and won. If we had cross-play enabled, lol. I doubt we can live long enough to reach anywhere beyond 100meters from where we spawned.

I have always enjoyed the Battlefield series for its strategic aspect and memorable battles, and I was glad to see in the beta that 2042 will not be lack in them. I absolutely enjoyed it and I would buy the full game. 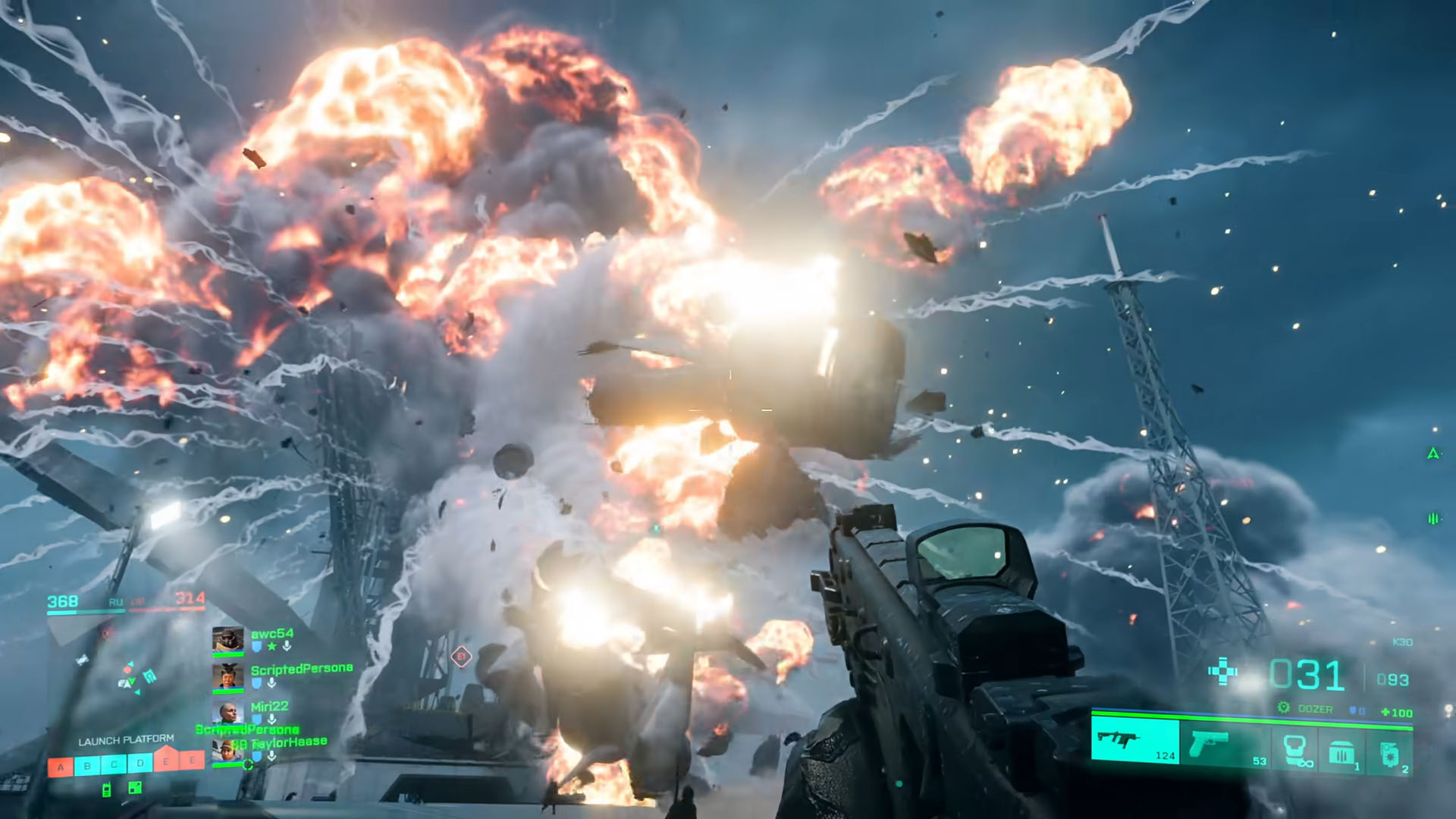 Having played all the previous Battlefields, I was able to get into action and adapted comfortably to the gameplay and map. I was playing on the PS5 and was expecting some major improvements in framerates and such. The system was able to handle 60fps with great environment graphics, from detailed buildings to thick foliage where you can hide from enemies.

The Orbital map, which was the only map available throughout the short open Beta was quite big and it took quite a while to run from 1 point to another but the non-stop action of 128 players in 1 map makes it fun as you are constantly under fire from infantries, snipers, and those annoying attack helicopters.

I had a good time playing with my friends, as we were able to coordinate well in capturing and defending points, or just fooling around whenever we get the chance to do so. I know that it’s just a Beta but there are still lots of graphical glitches and bugs. The most annoying glitch is the screen flickering occasionally. I hope they can iron everything out before the game releases. 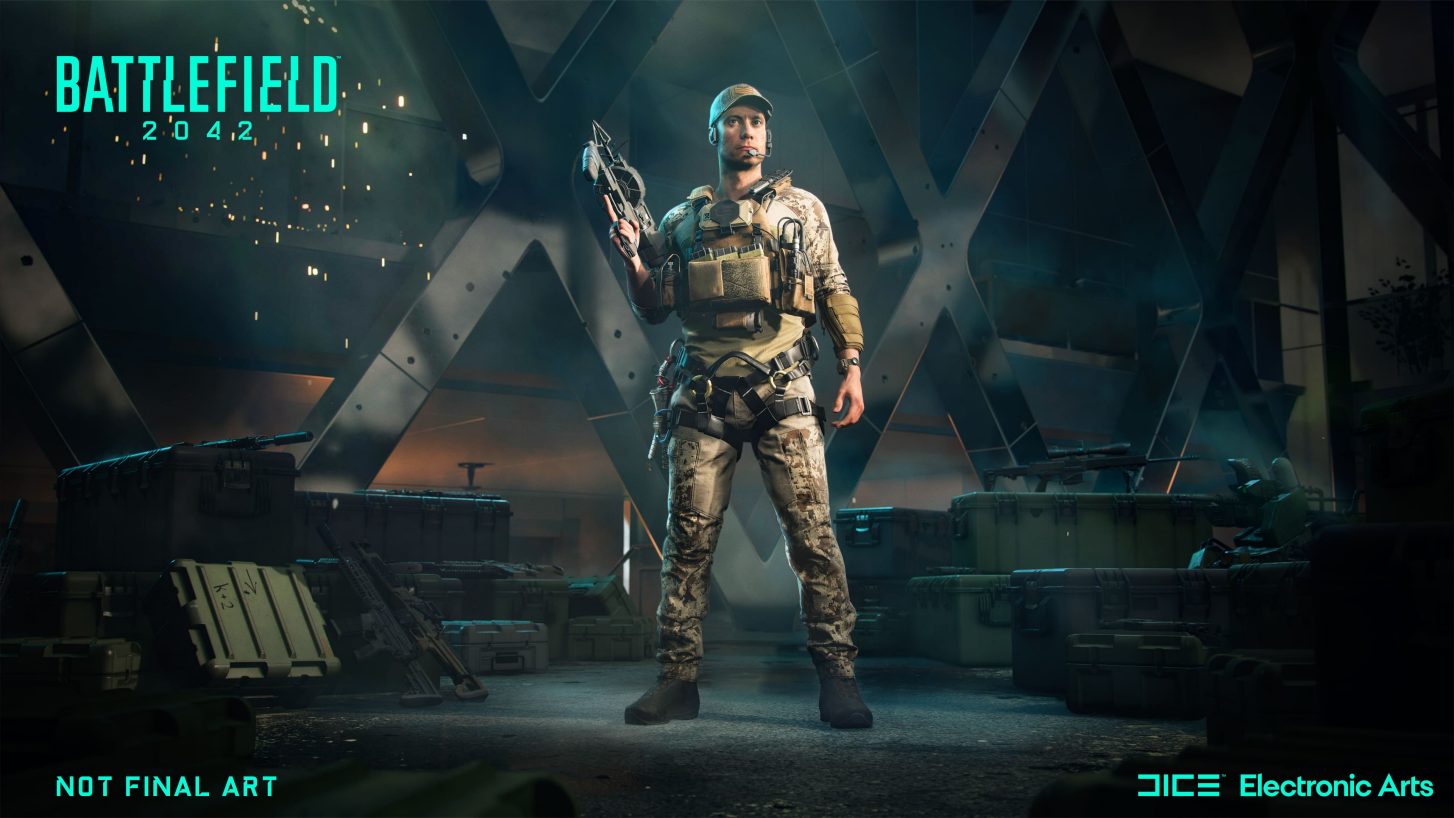 The beta was straightforward when it came to playability. One mode. One map. 128 players. Playing it on pc gave me a familiar sight to what Battlefield 4 offered previously. The beta gameplay was relatively smooth, with minor graphical frame drops and stutters in between due to the large-scale rendering. Gunplay was enjoyable but needed some getting used to, coming from BF1 and BFV.

The vehicle warfare was as expected in the series, chaotic but fun! Always wanted to dodge an incoming homing rocket in your chopper? Just kill the engine and drop from the sky like a fly. That’s how the pros do it when there are no other options left apparently!

The addition of being able to call in personal vehicles and gadgets thru your attrition points was also nifty. Things I wished they could have kept in the series coming from BFV. My personal experience with the Battlefield series has always been a mixed affair. I generally enjoy them for the most part but only if I have a couple of buddies to play with. To be playing the game solo can be rather taxing. This apparently still stays true for this Battlefield 2042 Beta.

Battlefield 2042 remains loyal to its tried-and-true formula. Huge maps, a big number of players, and a variety of tools for players to make an impact in a session. On the first glace, Battlefield 2042 looks good but not great. On par if not better than current-gen graphics but definitely does not shout next-gen. I was playing the beta on my mid-range rig and I was able to put most settings between mid to near max settings and was able to get the game looking good while maintaining a stable performance.

That said, due to the number of players on a map, things can get hectic if not messy. I do get hiccups every now then but only during heavy gunfights. Many of these performance hiccups were bearable and it did not hamper the entire experience for me.

In contrast to what our PS5 team has experienced, I find playing it on PC can occasionally be frustrating. Most players that I have observed have a habit of going for rush downplays without any prior emphasis on map awareness. It feels everyone is playing like its Call of Duty. So many deaths, so little strategy.

Furthermore, playing on the PC tends to get you killed out of nowhere considering there will be players that are just that good at utilizing the movement freedom and fluidity of a keyboard and mouse. In comparison to a game controller which still can be has a better skill gap between a seasoned player and a newcomer

I have only managed to play so much but so far the game itself overall has been solid but not attractive. It could well just be the build of the beta which is considered old. Also, it could also be the fact that my time for games has been considerably cut short since moving into a new phase in my life. Playing a match in Battlefield can take as long as half an hour or more. If you’re a young adult with not much time to throw around, then Battlefield 2042 and any other BF games may not work well for you. You would be better off playing CoDs when a match can be ended in less than half an hour.

Overall, for me, Battlefield 2042 can be considered if you are Battlefield fan and you already enjoyed the series thus far. However, if you are on the fence and you don’t really have much time to spare to play a long match, then it’s best to stir away from this. 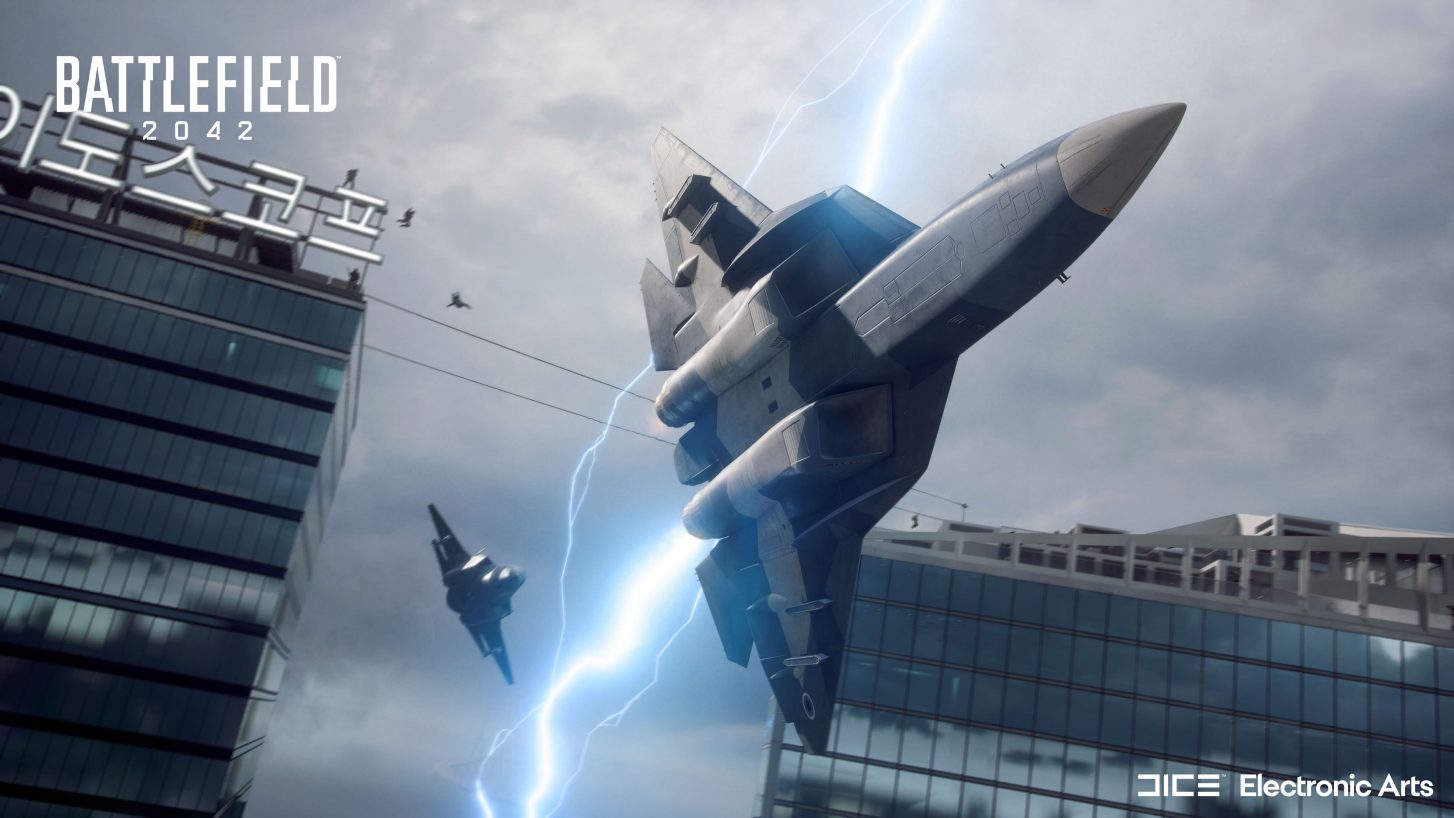 Many of us on the team felt the game is a definite joy to play especially if you have a squad of friends you play games like these with regularly as it just adds more to the multiplayer and replayability value.

But it is hard to say whether Battlefield 2042 is a buy or not at the moment. We all have gotten a minor taste of what the game is going to be like but the Beta may not even be a good representation of the final product. EA would likely make updates, iron out the bugs and polish certain aspects. The final released game could even have the potential of being the best Battlefield game to date but that is still a lot of speculation based on what-ifs.

You could say we are cautiously excited but we will reserve the final judgement when the game finally releases and we get to do a full review of it.

For those of you who managed to try it out, what did you think of it?