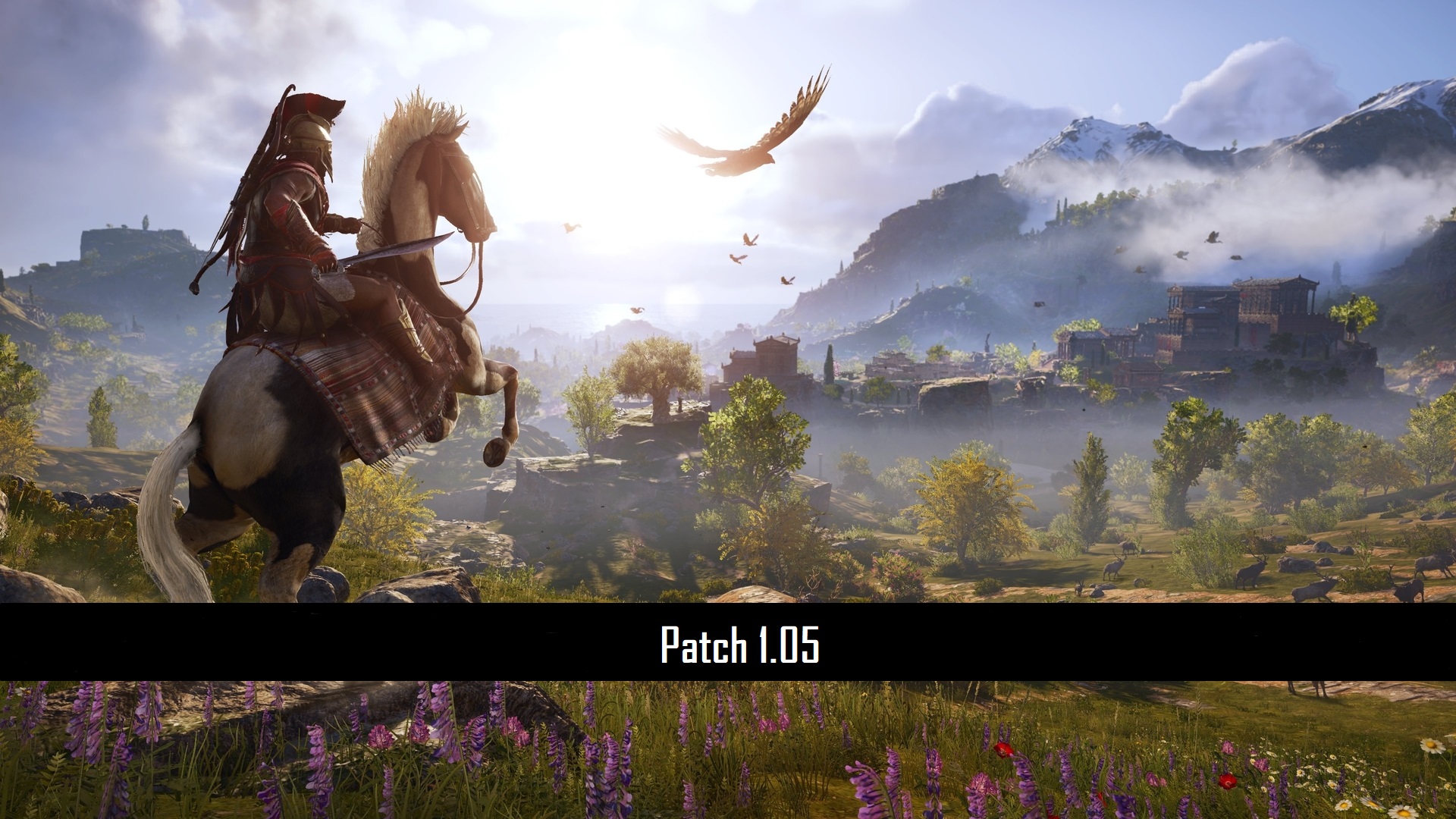 Assassin’s Creed Odyssey has received a new patch, version 1.05 which fixed an issue of the game crashing after the previous 1.03 update.

As for this week’s epic event, where players are supposed to face the mercenary, “Damais The Indifferent”, Ubisoft announced that the said mercenary went “missing” and therefore the epic event canceled.

*cough cough* Must be professional.

So anyway, Ubisoft said to expect an Epic Ship coming on October 23, at the Aegean Sea. 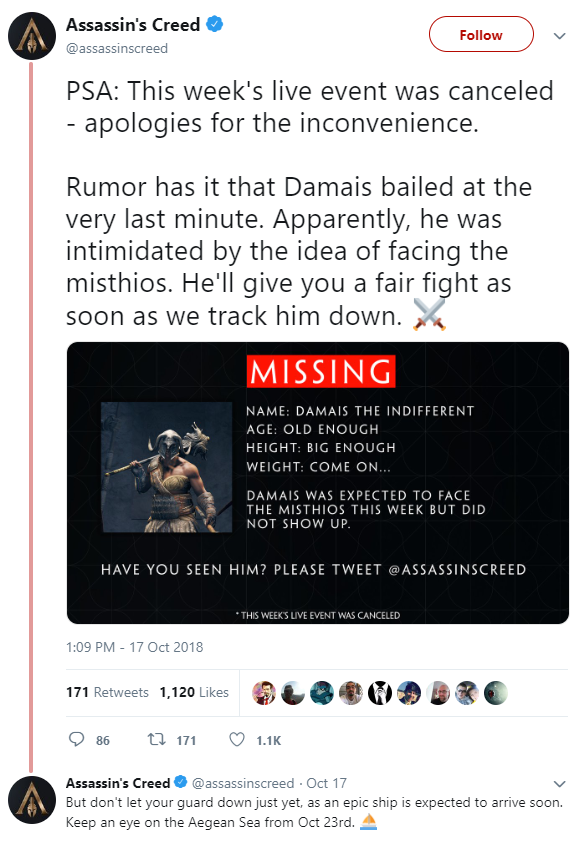