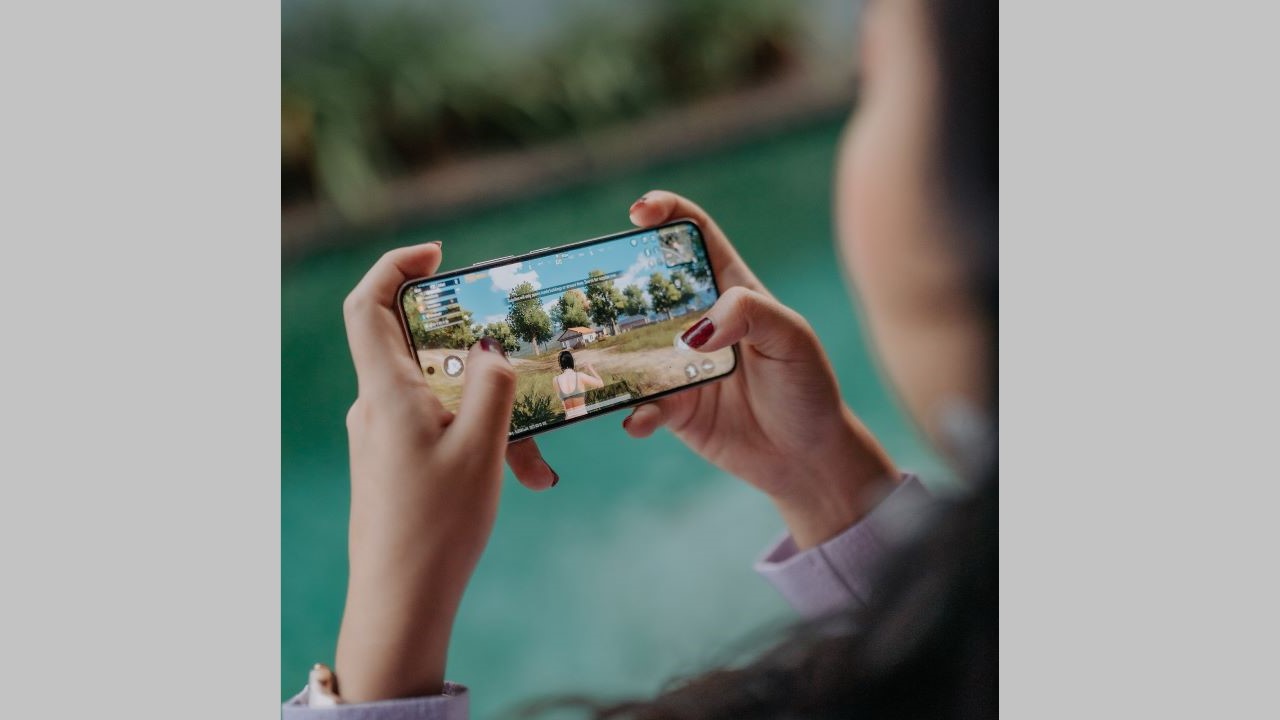 Always pushing the boundaries in making the best smartphones to customize to your needs, Samsung makes a return with their flagship Galaxy Series – The Samsung Galaxy S22! Checking off almost all the boxes for top specs and extensively-supported feature-packed software combined with the most powerful chipset to date – it’s certainly the perfect device for enthusiastic gamers.

Whether you’re an avid gamer who spends hours on Call of Duty or a music enthusiast tapping to the rhythm of your favourite songs on BeatStar, you can count on the Samsung Galaxy S22 to level up your gaming experience.

For starters, as is usually the case with Samsung devices, the Galaxy S22 screen is massive. Its 6.1-inch Super AMOLED 2X display[1], with a peak brightness of 1,300 nits[2], is bright and easy to see in the daylight. The Galaxy S22 refreshes at 120Hz, allowing players to enjoy ultra-smooth gameplay free of latency and motion blur – along with an electrifying experience thanks to its immersive screen that can spark your senses and bring your game to life.

What’s more, the Galaxy S22 packs in the latest 4nm processor chip – offering you better connectivity with higher fps, giving you an optimized gaming experience that will lead you to victory. Heavy gamers do not have to worry about the device heating up while relying on its mobile powerhouse for your strenuous gaming demands due to its revolutionary cooling system that can dissipate heat more efficiently than ever before!

Aside from that, longevity is also just as crucial especially when you’re spending most of your time gaming on your phone. You do not have to worry about your phone dying on you in the middle of a serious battle – with a long-lasting 3,700mAh battery[3], it can last you through the day. If you are running low on power, the device supports up to 25W fast charging[4] that gets your device recharged in no time.

Smartphones are increasingly competent gaming machines in their own right. And the Samsung Galaxy S22 is no exception – it’ll cope with any game you throw at it!

To find out more, or purchase the latest Galaxy devices, please see the respective links below:

[1] The Dynamic AMOLED 2X display with Vision Booster on Galaxy S22 and S22+ received a certification from VDE Germany for 100 percent Mobile Color Volume in the DCI-P3 color range, which means your images aren’t washed out and you’ll get unbelievably vivid colors regardless of differing levels of brightness. The display can achieve peak brightness of up to 1750 nits on Galaxy S22+ and 1300 nits on Galaxy S22 improving the contrast between dark and light aspects of digital content for a more brilliant picture quality, with a 3,000,000:1 contrast ratio on Galaxy S22+ and a 2,000,000:1 contrast ratio on Galaxy S22 to make your mobile experience more immersive.

[3] Typical value tested under third-party laboratory condition. Typical value is the estimated average value considering the deviation in battery capacity among the battery samples tested under IEC 61960 standard. Rated (minimum) capacity is 3590mAh for Galaxy S22 and 4370mAh for Galaxy S22+. Actual battery life may vary depending on network environment, usage patterns and other factors.

Catch Your Favourite Football Team In Action Through the Screen of the Galaxy A23!